You are using an outdated browser. Please upgrade your browser to improve your experience.
by Daniel Celeste
December 5, 2013 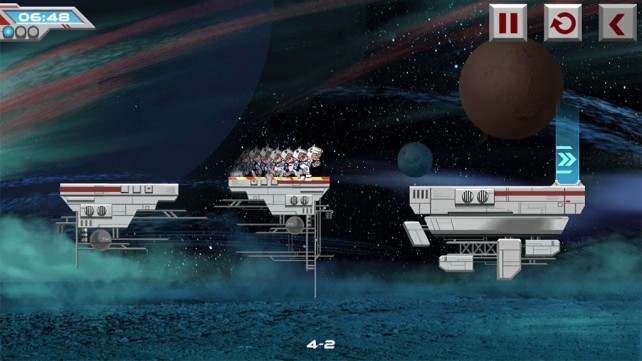 Galaxy Run ($0.99) by Spiel Studios is a side-running platformer that is out of this world — at least in its theme. It takes place in space, where the innocent Rez is trying to get home after his spaceship has crashed. Through a series of over 350 levels, it is your job to help him get home. 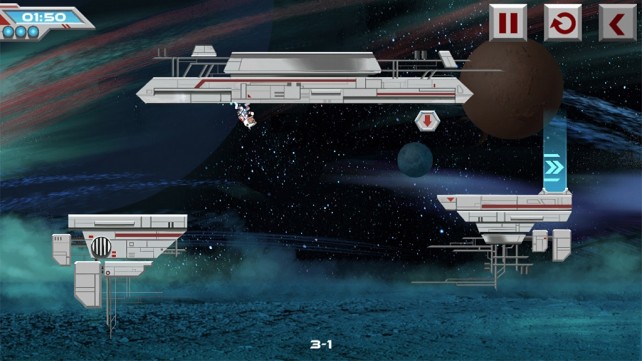 While this game includes many elements there is only one control, which involves tapping anywhere on the screen. Despite the limited controls, Galaxy Run is still quite engaging and challenging.

To begin running at the beginning of a level, all that is required is a tap of the screen. After this, tapping the screen will cause Rez to jump. Also, depending on certain tools that are used, tapping may serve another purpose. If you attain a double-jump token, tapping will make Rez jump again. If Rez is swinging on a hook, tapping will cause him to jump off. As you can see, despite the only control involving the tap of a finger, this can serve many purposes.

Each level consists of various platforms that Rez will have to jump onto in order to get to the blue gate at the end. Along the way, he may have to jump over gaps, avoid sharp spikes, be cautious of speed strips that will make him run faster, swing on hooks, press buttons, or avoid other obstacles.

There is no way to “die” or fail at a level in Galaxy Run, however, you are working against the clock. In order to get a full score of three circles, you must complete a level in the least amount of time possible.

Some of these abilities are difficult enough to master on their own that combining multiple steps into one level often makes it seemingly impossible to complete. However, once you are used to Galaxy Run’s very accurate physics (I mean, other than the Earthly gravity that exists on the space platforms), each level becomes manageable. I also find it very interesting that very little tolerance is present in this game, which means that your moves have to be extremely precise.

If you are having difficulties completing a level, there are three power-ups available for you to use. Power-ups consist of ghost mode, which will make you virtually indestructible, slow motion mode, which will slow down Rez’ speed, and the option to skip a level. Galaxy Run comes with three uses of each power-up, with additional uses being available through in-app purchasing. At first, it appears that many levels nearly require the use of a power-up, but after thorough playing and analysis of the levels involved, it is likely that you will find a way to get around using too many. 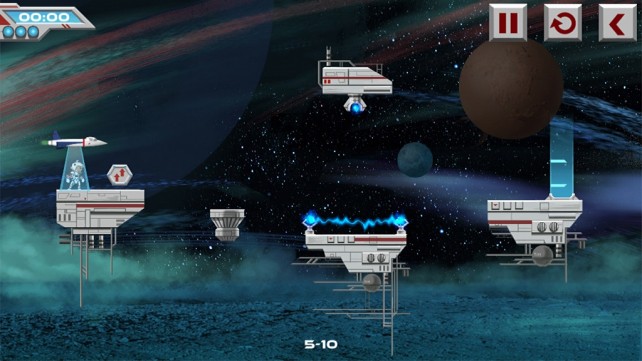 Although Galaxy Run may be a bit frustrating at times with its difficult levels and limited supply of power-ups, it should satisfy any fan of platformer games. I particularly like the space theme, and the overly enthusiastic words of Rez make me chuckle at times.

Galaxy Run is a $0.99 universal game, available in the App Store now. 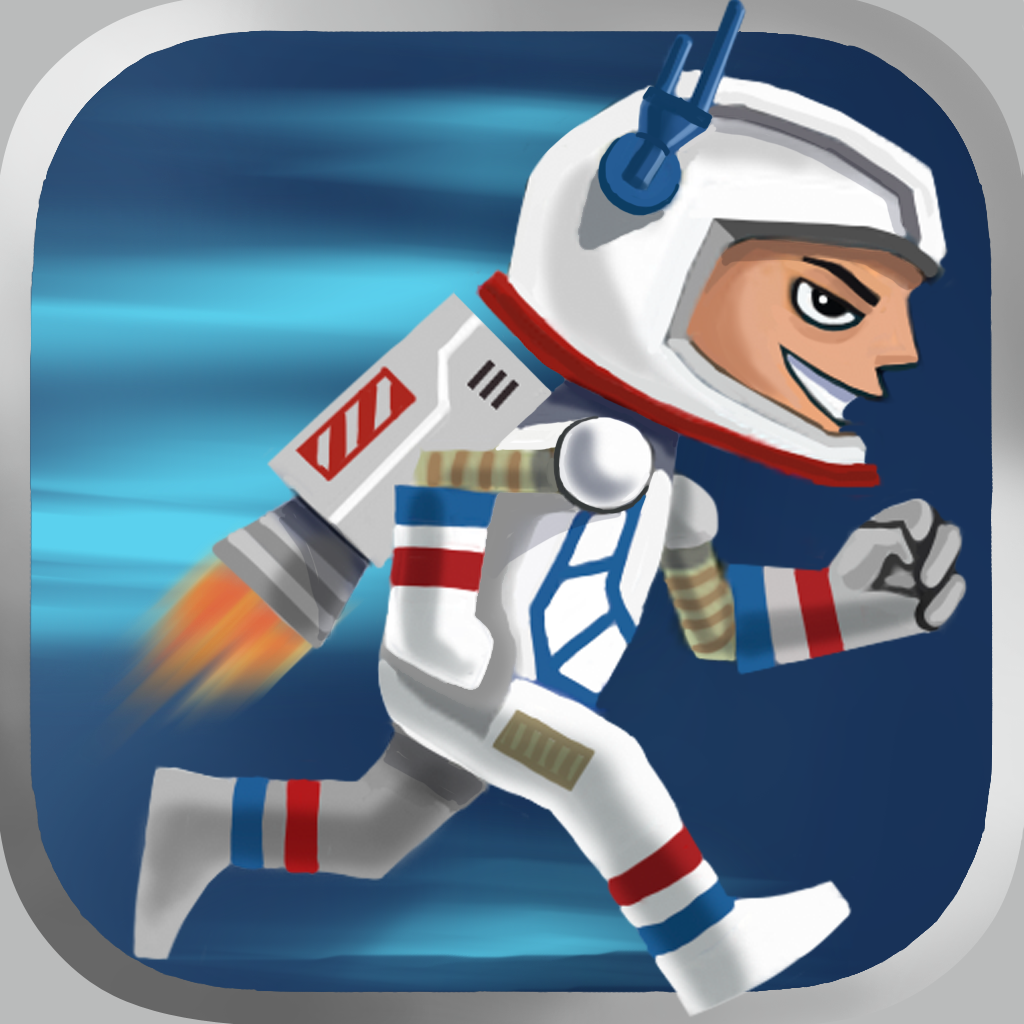 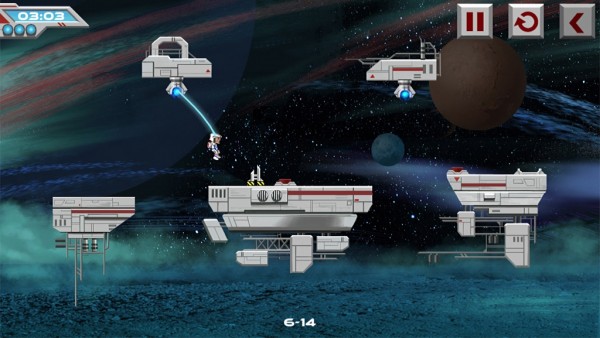 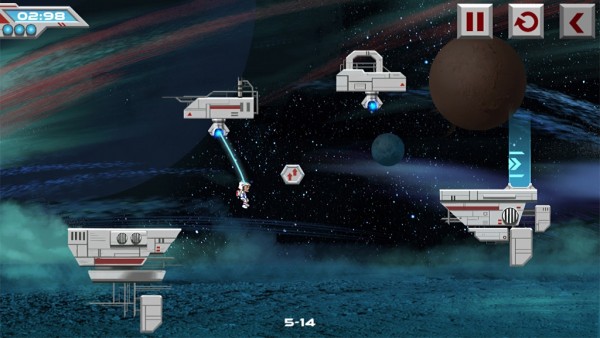 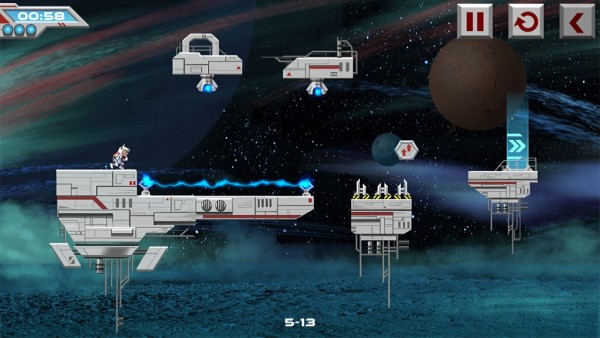 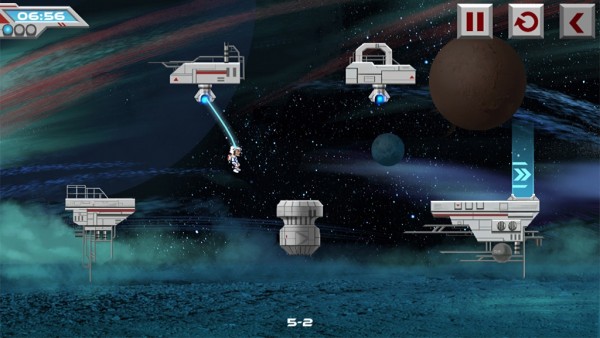 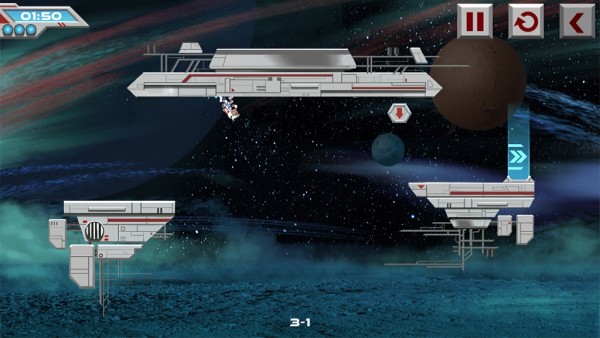 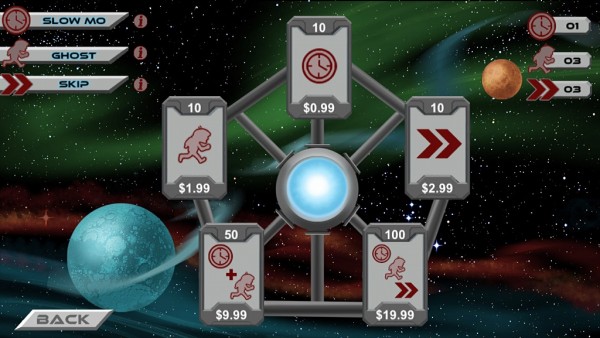 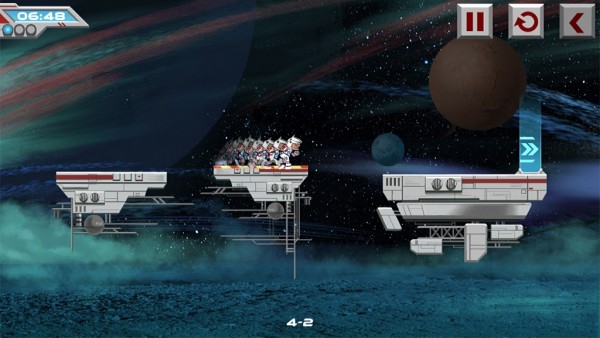 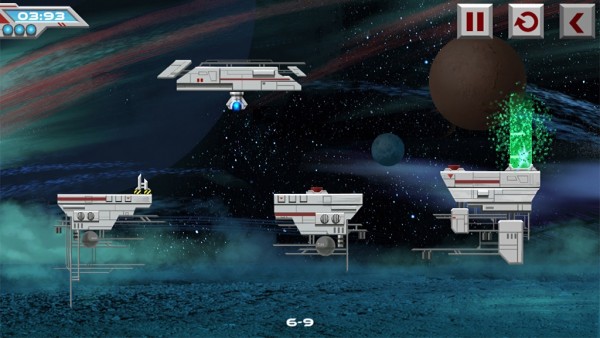 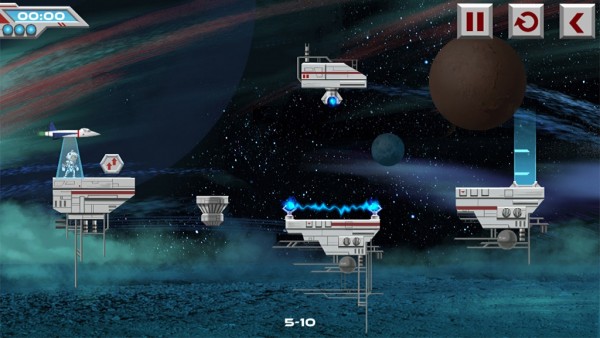