You are using an outdated browser. Please upgrade your browser to improve your experience.
by Lory Gil
June 28, 2013 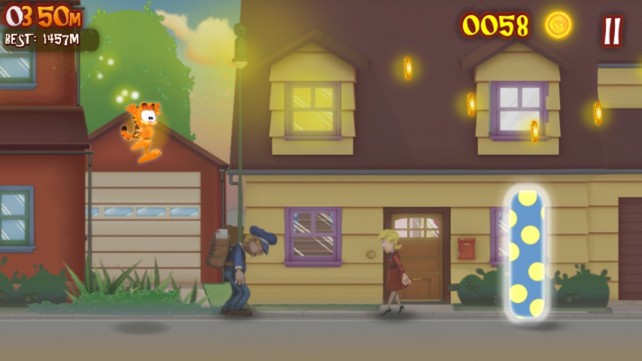 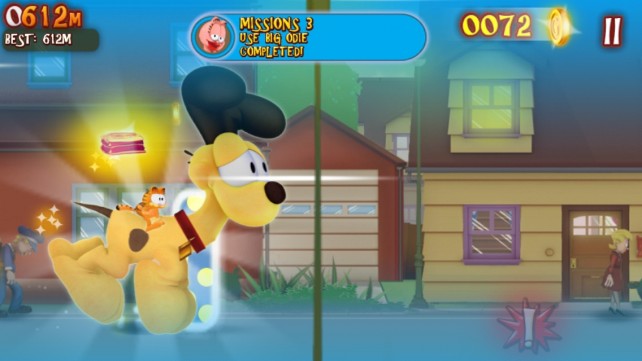 Players take off on a fast-paced flight of endless runner action. Garfield runs on his own, but he has learned how to fly. You control whether he floats up or down. To make him fly high, touch the screen. To let him drop back down to the ground, lift your finger.

Big Odie calls forth a giant version of Garfield’s roommate, companion, and torture victim. The two race down the street for a few seconds, capturing everything in their path.

Super Garfield gives the fat cat a cape and a smug sense of self-grandiosity as he flies fast and grabs the gold. When he is in his super suit, Garfield is not invincible. If he smashes into an obstacle, he loses his power.

Super Skate puts Garfield on the ground, but gives him a speedy skateboard. He can jump over crates and grab low-flying lasagna.

When Super Pooky is activated, the security bear draws coins to Garfield like a magnet, making it much easier to collect gold.

Coins are used to buy outfits and upgrades in the App Store. You can give Garfield a funny hat, a pretty dress, or even a rainbow glow. Coins are also used to unlock new locations, like the jungle or a tropical island. If you save your coins, you can upgrade the bonus items’ abilities. You can also add a few more seconds to Big Odie’s run, increase the speed of Super Garfield, and more.

The game is very easy to play. Unlike most endless runner games, the auto-run does not increase much over time. You have plenty of room to move around without running into something too fast.

Because it moves so slowly, the game starts to feel too repetitive fairly quickly. Although the obstacles are always in different places, it feels monotonous after about 20 minutes. 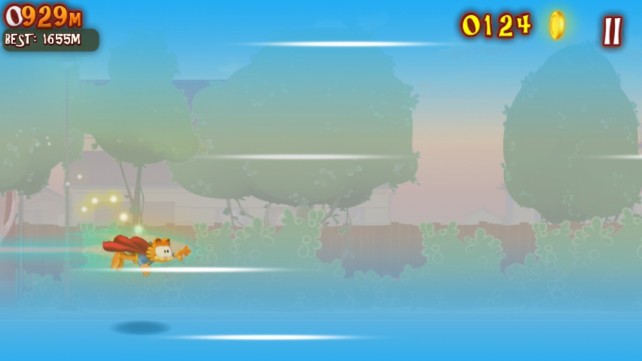 If you are a fan of endless runner games, you may find this one to be too slow. It doesn’t offer much of a challenge and makes it a little too easy to get through. However, new gamers may enjoy the leisurely pace. The price is reasonable at only $0.99, but in-game swag is very expensive and it takes a long time to earn enough coins to buy goodies. The game is fun, but it does not add anything special to the genre. 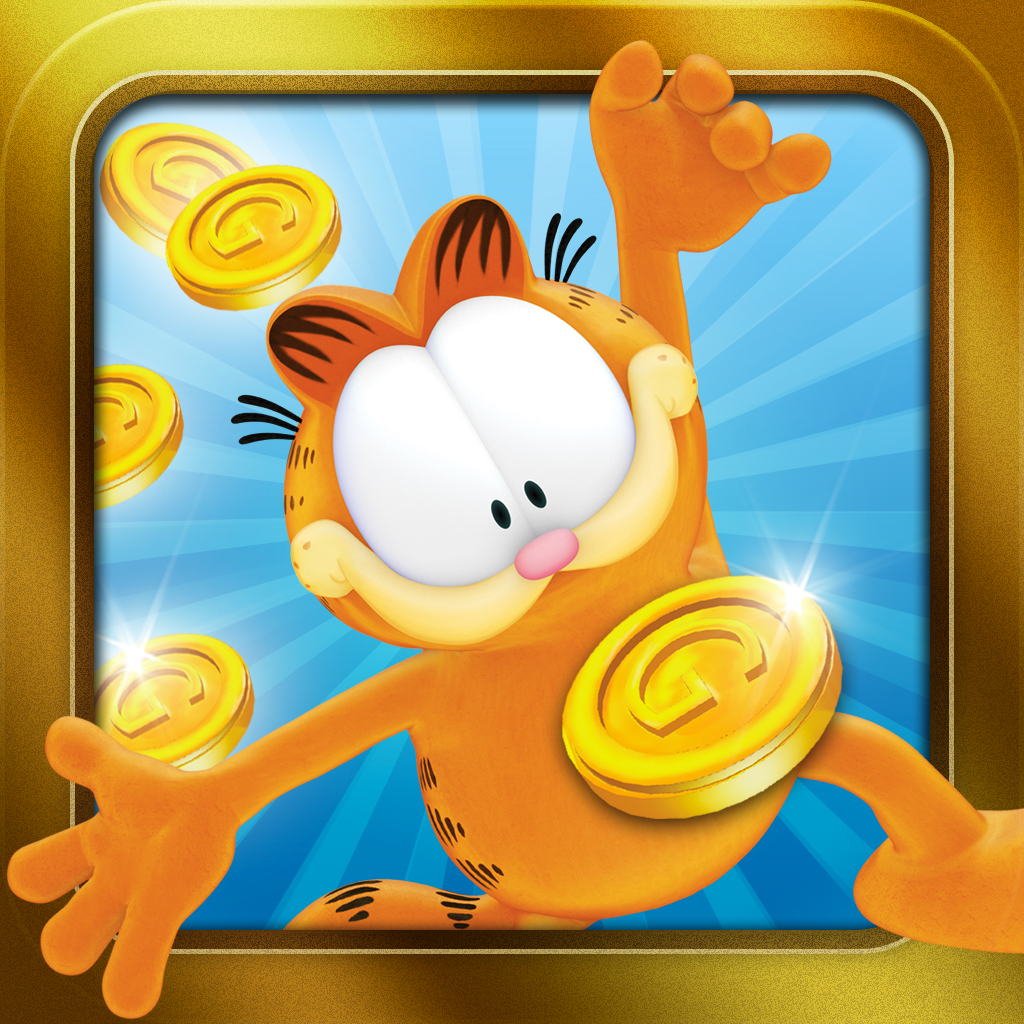 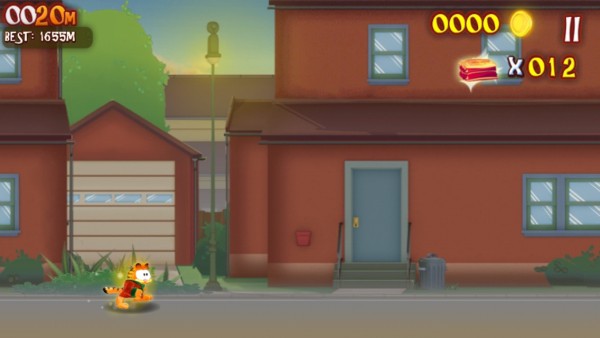 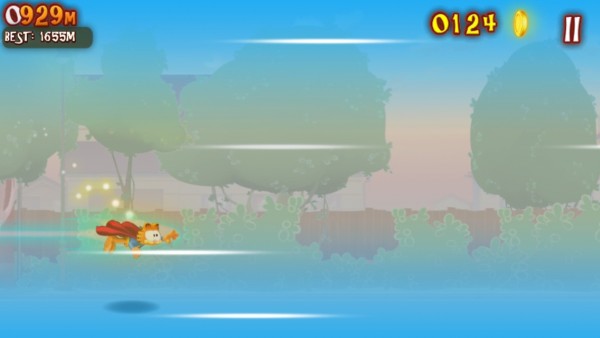 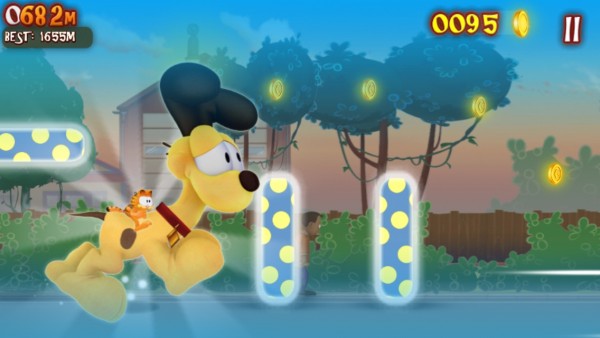 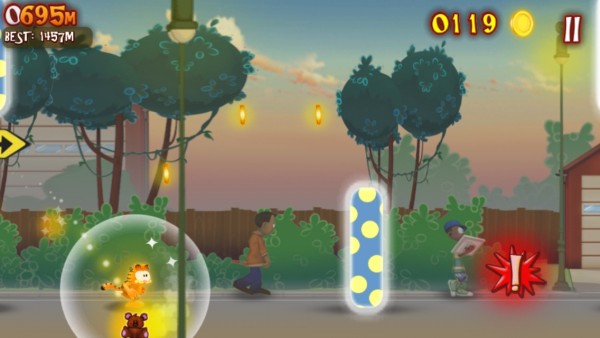 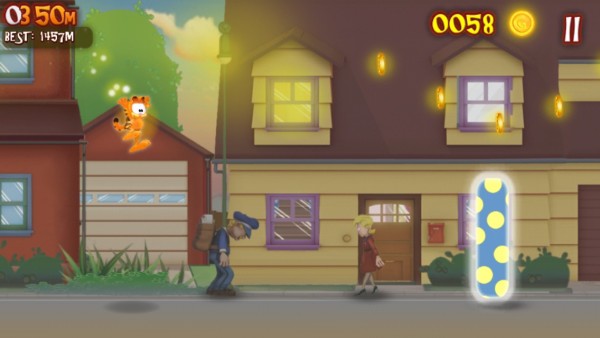 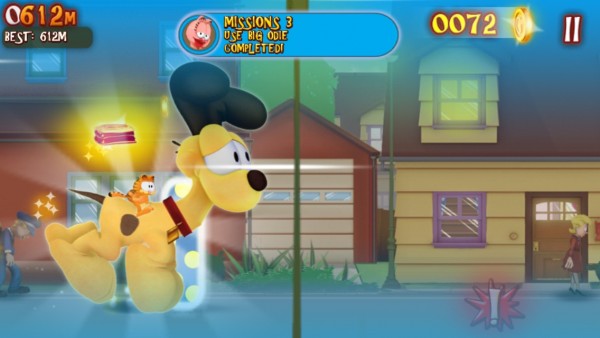 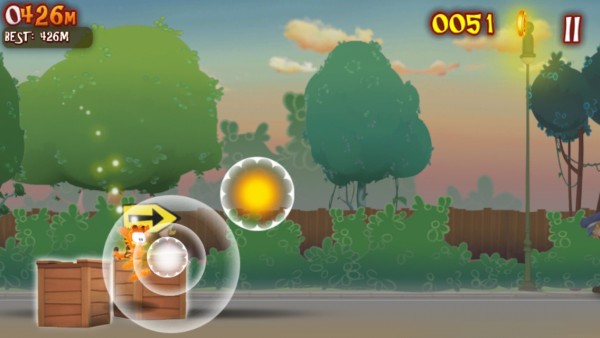