You are using an outdated browser. Please upgrade your browser to improve your experience.
by Daniel Celeste
January 7, 2014 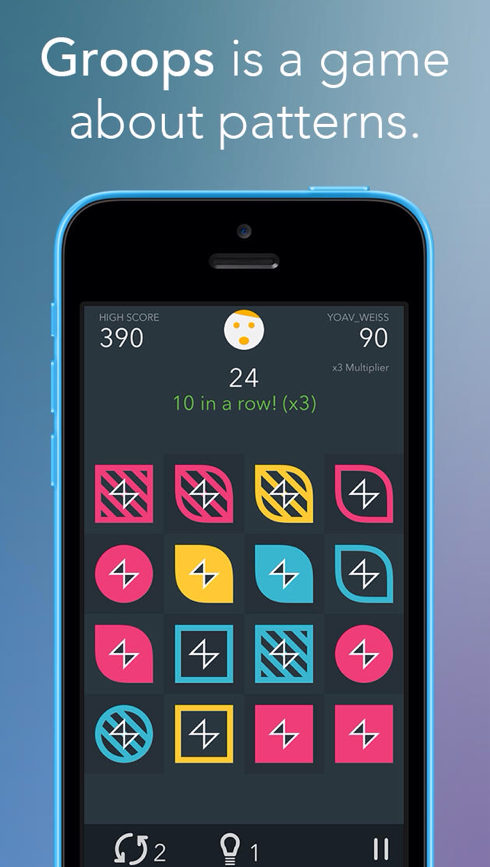 Groops - A puzzle game about matching patterns ($0.99) by Torched Media is a match-three type puzzle game that involves very tricky matching. Rather than matching items based on one attribute such as shape, color, size, letter, number, or anything else of that nature, this game involves considering multiple attributes. 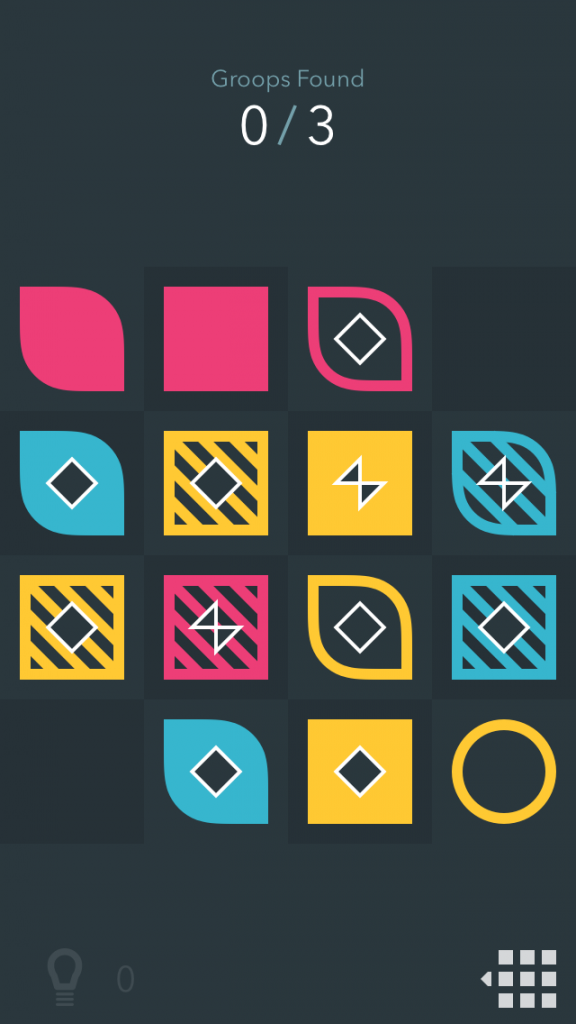 Since I found that the in-game tutorial may seem confusing, here’s my best attempt at explaining how to play Groops:

In each level, you will be presented with a 4-by-4 grid of shapes. Each shape possesses its own attributes, which includes type of shape, color, filling, and symbol (a small glyph on a shape, or a lack thereof). Each set of three, which are otherwise known as “Groops,” must contain shapes that have identical or completely different properties of each attribute. For example, it’s okay to have three different colors or three of the same. It would also be acceptable to have three different shapes, but the same fillings, since each attribute is independent of each other. In essence, when considering if a group of three shapes would count as a Gloop, it is best to go through each of the four attributes and ask yourself, “Are they all the same? Or are they all different?”

I hope that my explanation, along with the game’s interactive guide, are enough to help you understand Groops.

Despite the somewhat intimidating learning curve, Groops can turn out to be an extremely fun game. For just the initial price of the download, you will have access to two different playing modes: “Levels” and “Time Attack.”

As the name implies, the Levels mode simply consists of, well … levels. Each level has a requirement of how many Groops you must make within it. There are 100 levels, with 25 belonging to one of four categories of difficulty ranging from “Easy Peasy” to “Holy Moly.”

Next, in the Time Attack mode, things can become more stressful. In one of another four levels of difficulty, the same type of board will be presented, but it will always be full. The goal here is to clear as many Groops off of the board within the one- to two-minute time limit provided, which will be replenished each time. Along with playing by yourself, you can also play against Game Center friends or random opponents on the “Hard” and “Expert” modes, which ups the ante even further.

Overall, I have had a very enjoyable experience with Groops. Since this match three game involves many attributes, rather than focusing on just an ordinary one like shape or color, it is actually quite possible for levels to increase in challenge. Also, compared to typical games in this category, Groops requires a lot more brain power than a simple glance of one’s eyes. 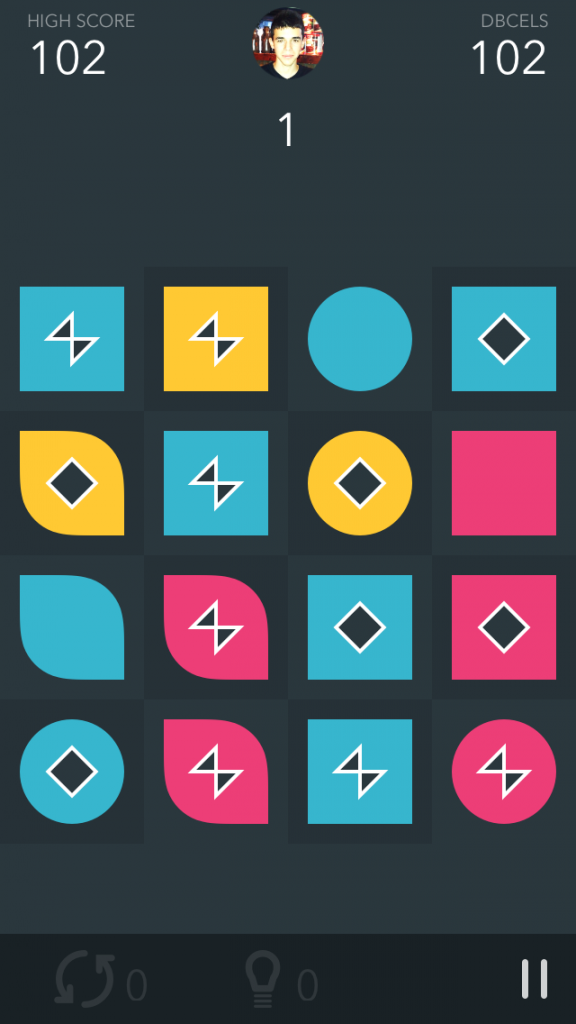 Groops – A puzzle game about matching patterns is available as an iPhone optimized app in the App Store for $0.99 as a launch promotion, but will return to the price of $1.99 shortly after, so grab it quickly! 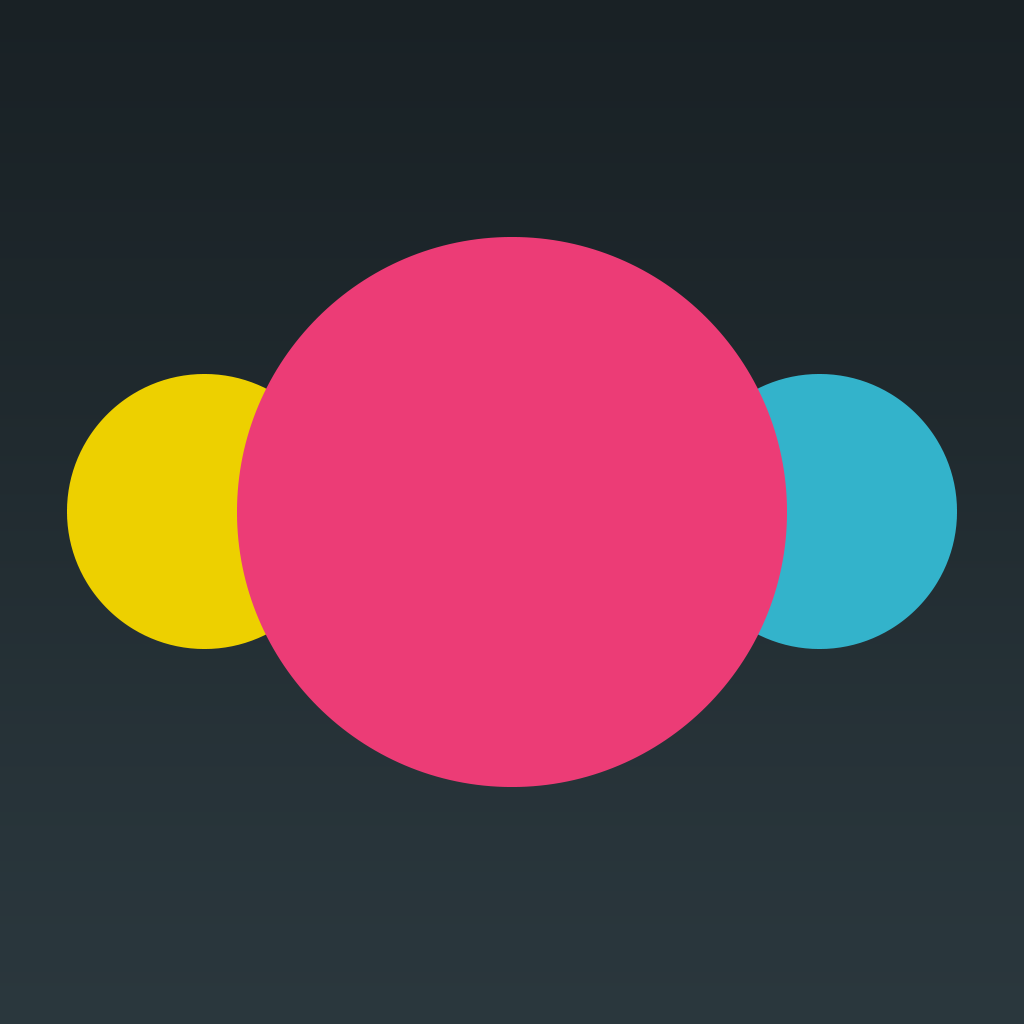 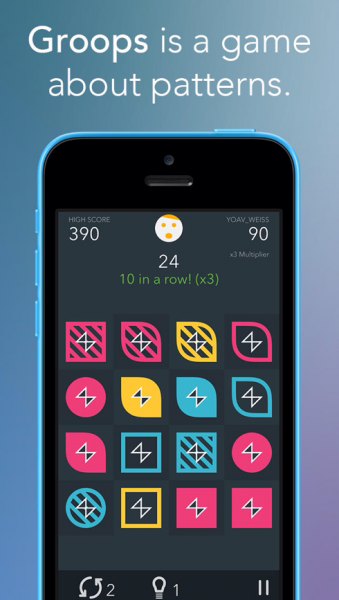 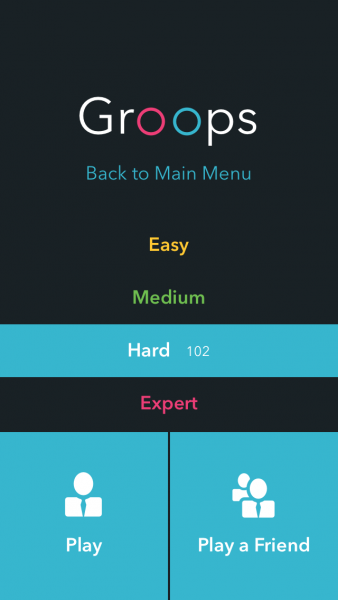 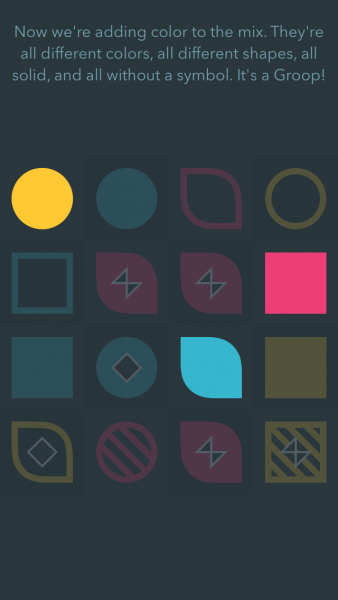 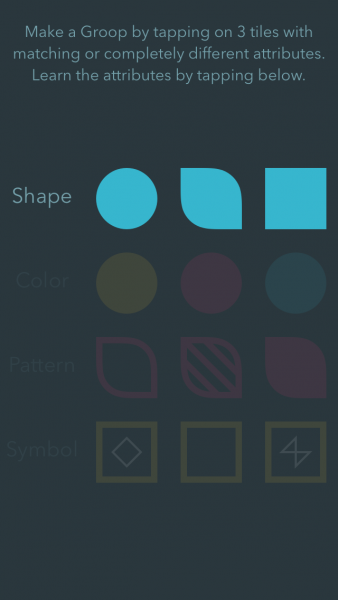 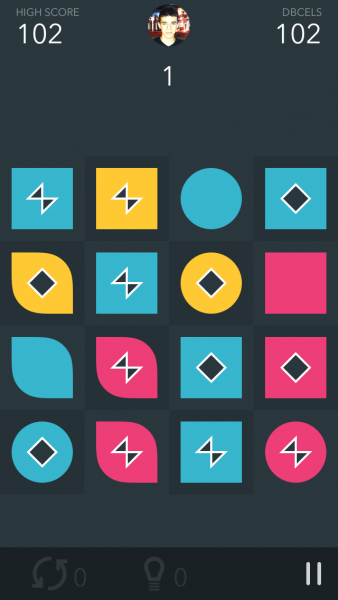 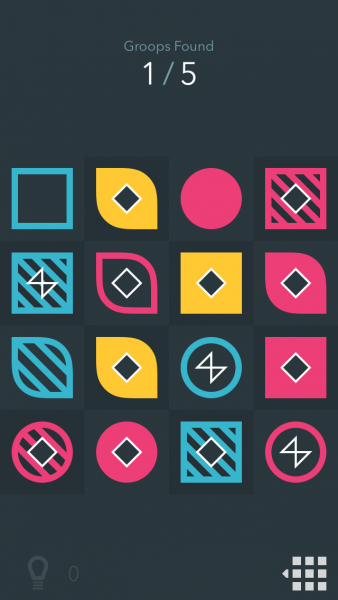 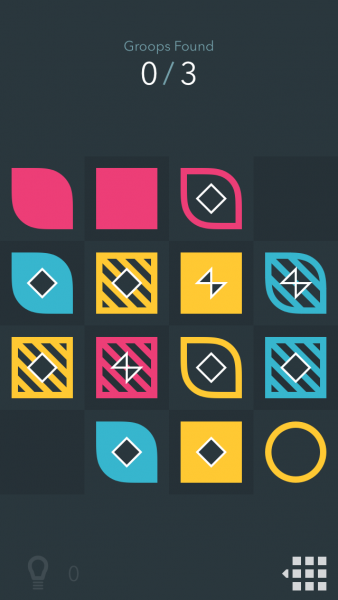 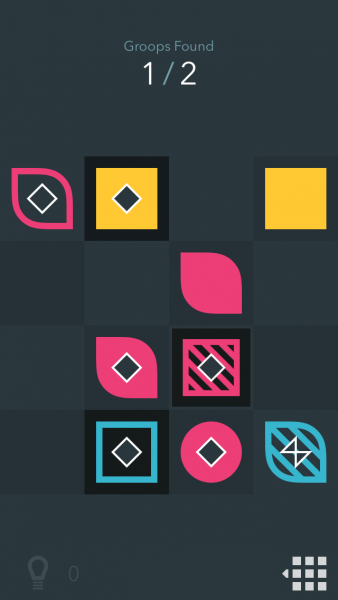 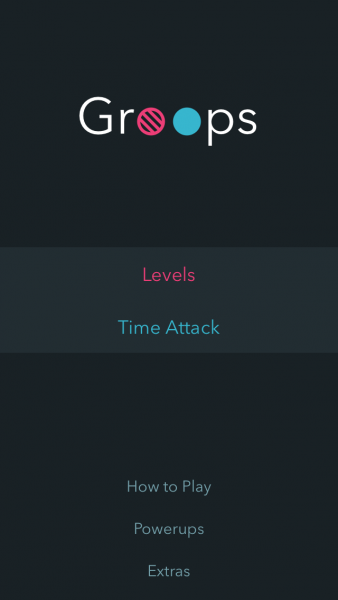