You are using an outdated browser. Please upgrade your browser to improve your experience.
by Daniel Celeste
September 13, 2013 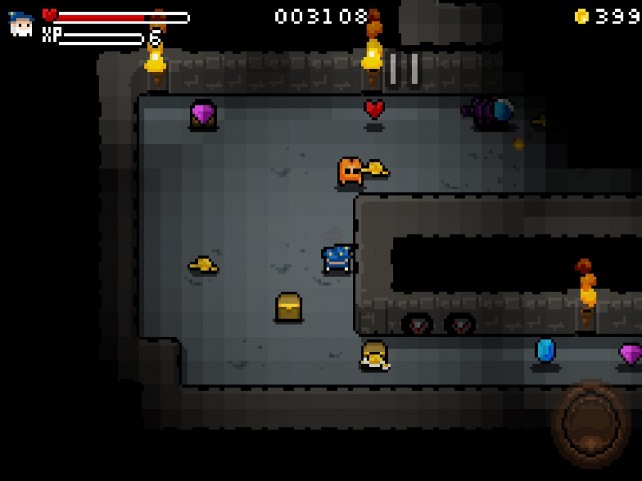 Heroes of Loot ($1.99) by Pascal Bestebroer is a new retro arcade game that will send you on a unique dungeon-crawling adventure. In this title, it is your job to make your way through dungeons while looking for keys, killing ghosts, upgrading your characters, and collecting loot, of course! 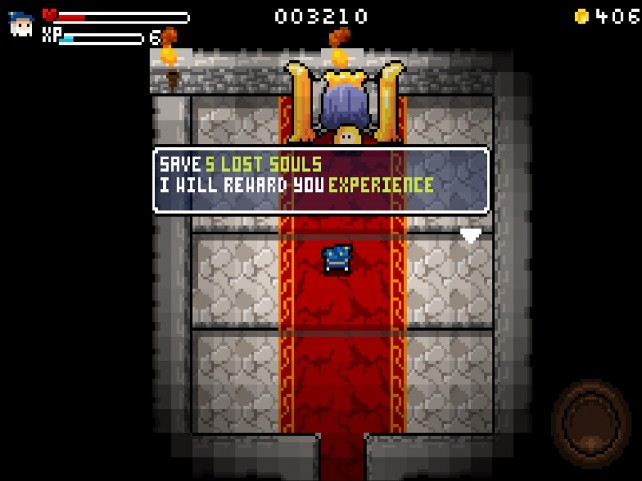 As Joe mentioned earlier, a unique feature in Heroes of Loot is the variation between levels, or “dungeons.” While playing, you’ll notice that no two environments look similar, and that the difficulty of the game escalates at a good pace. Since you’re playing in a dark dungeon, not all of the screen is lit up at once, which adds some challenge to the game.

The game is also based around a simple storyline, involving tasks like freeing innocent prisoners and finding certain items. While the story adds to the title, it’s not necessarily something you have to pay attention to, since it’s not all that important anyway.

The controls, which you’ll use to move your character around and control his weapons, are very straight forward and easy to pick up. This includes the button on the lower right, which is used to fire your weapon, as well as the onscreen joystick that can be placed anywhere. Be sure to watch out for ghosts along the way, which will harm you. Your weapon, whether it’s a flame thrower or a laser gun, can help with that. In order to advance to the next dungeon, you’ll have to find a key that opens the door to get there.

Every once in a while, you can enter a store to upgrade your character. Of course, you need to collect enough coins throughout the game to buy things, so make sure you’re picking them up along the way. You can upgrade your gun, purchase other armor, or increase your power. Despite the addition of the store, there are no in-app purchases in Heroes of Loot, so the initial download is all you’ll need to pay for. 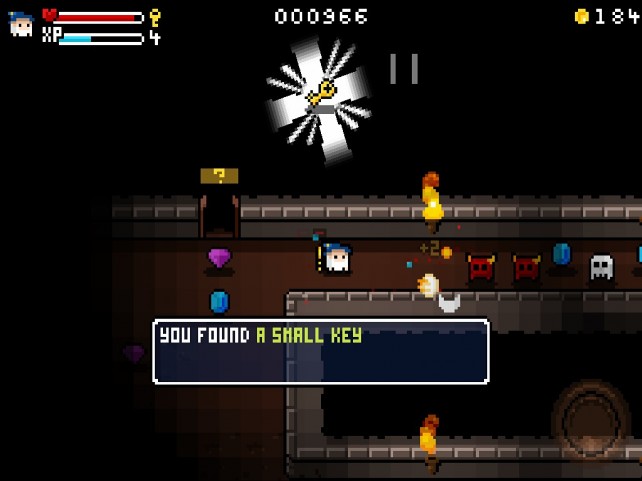 Although the gameplay initially seemed to be repetitive, Heroes of Loot is actually growing on me. Maybe it’s the beautiful pixel art graphics, but something about this one makes me want to keep playing.

Heroes of Loot is available in the App Store as a universal download for $1.99. 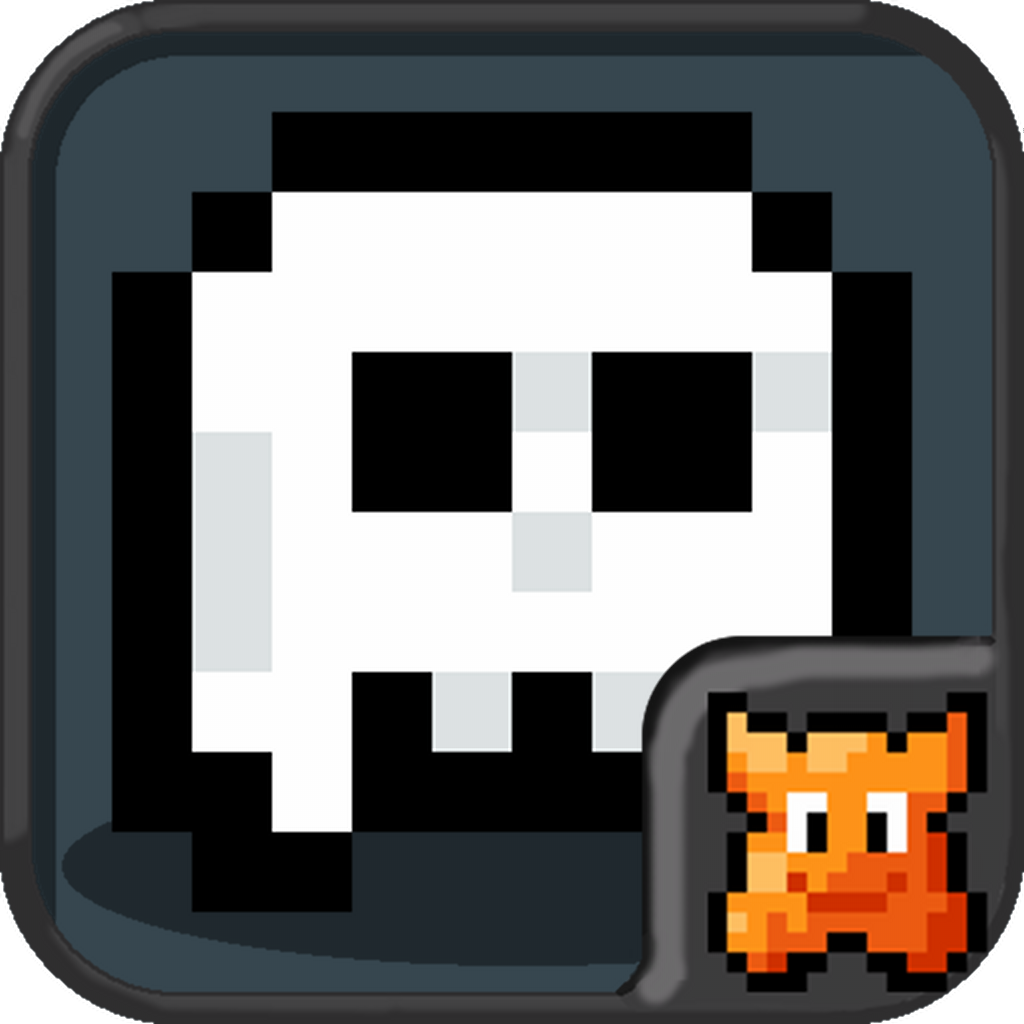 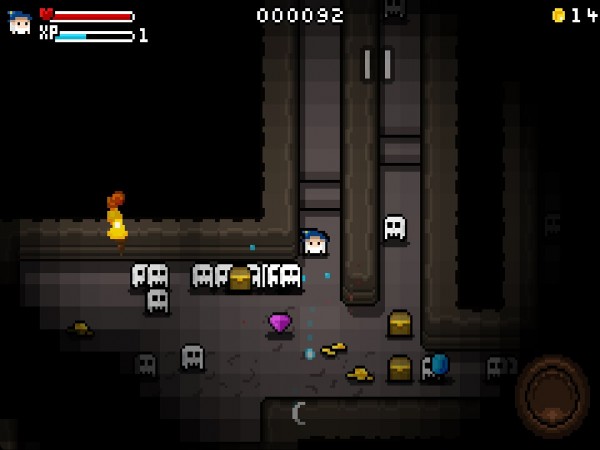 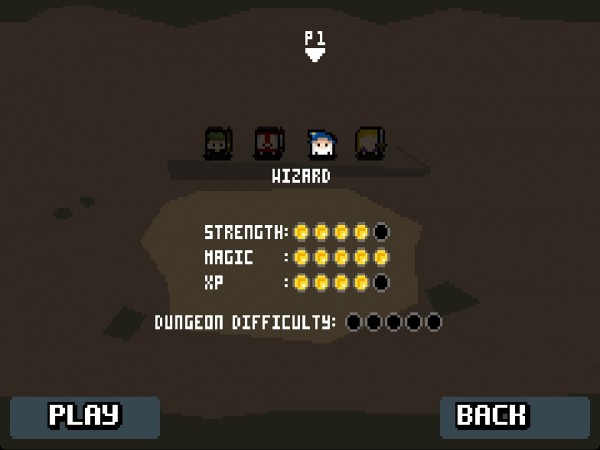 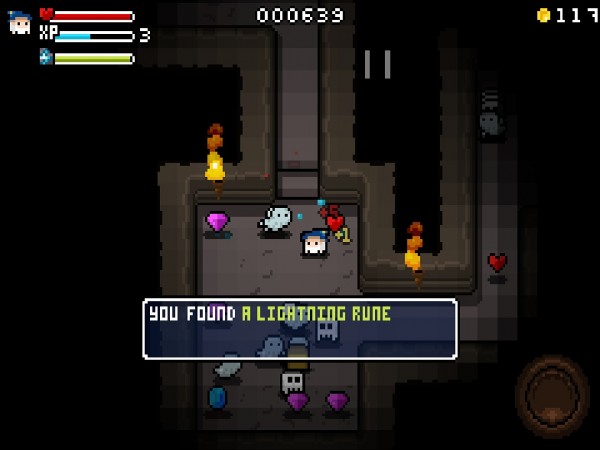 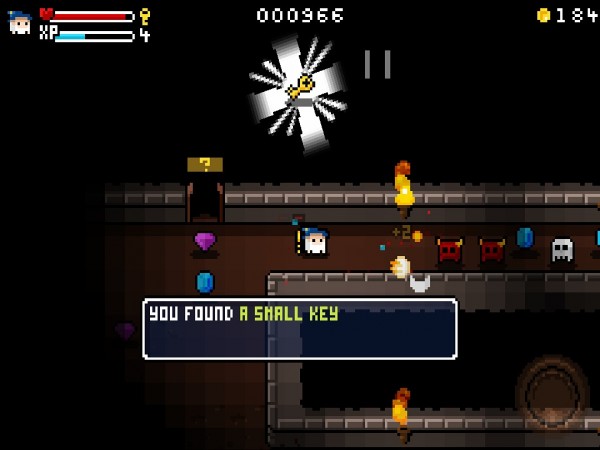 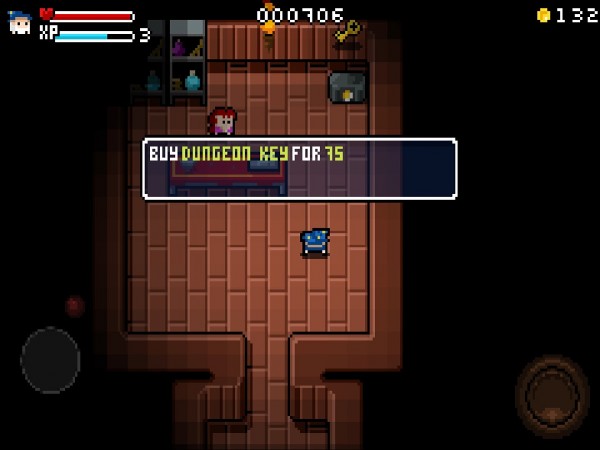 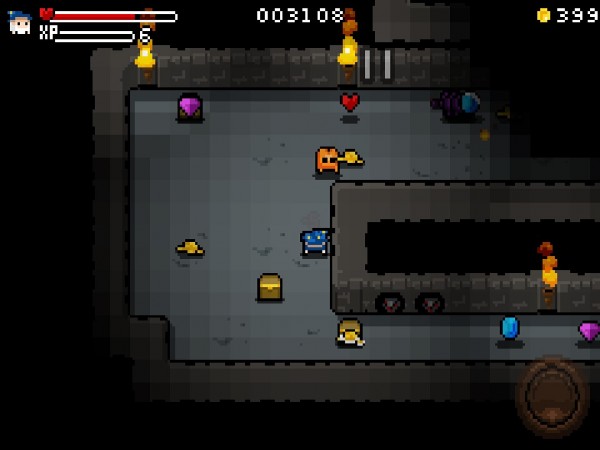 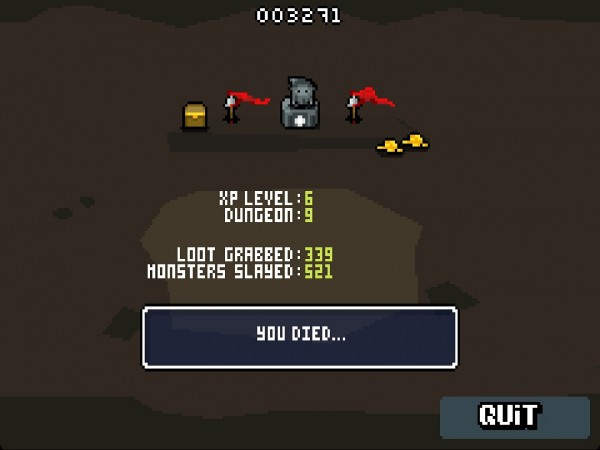 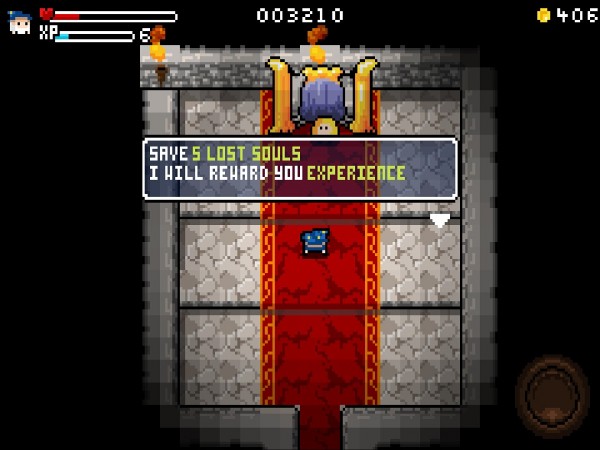