You are using an outdated browser. Please upgrade your browser to improve your experience.
by Lory Gil
July 18, 2013 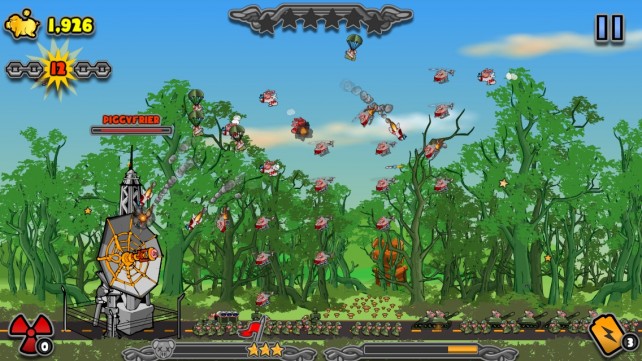 Kamikaze Pigs ($0.99) by Chillingo Ltd is a funny puzzle game where causing a chain reaction is the ultimate goal. Those trigger-happy swine are more likely to kill each other than kill their enemies. 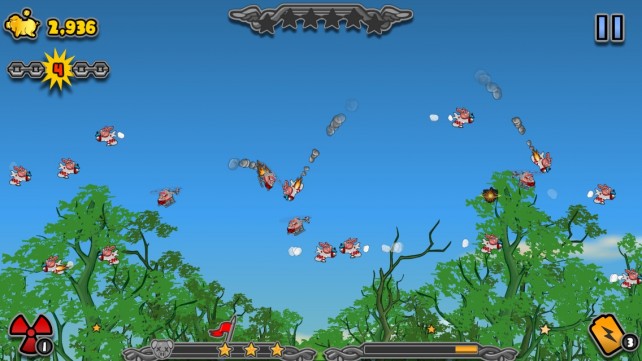 Players hold the power of a massive explosion in their fingertip. Literally. Tap the screen to watch the mayhem ensue. One unassuming bomb causes a chain reaction that could wipe out an entire army of Kamikaze pigs, also known as “Troopahs.”

When you tap the screen, you will trigger an explosion that will hit at least one Troopah. That weapon holding pig will shoot first and crash second. Not only will his flaming transport probably crash into another Troopah and cause a second reaction, his death-shot will probably hit a different Troopah and cause a third reaction. The goal is to create the longest chain reaction possible until every pig in play has been shot down.

At first, the only thing you will need to destroy the enemy is your finger, but the more Troopahs there are, the more firepower you need. As you earn coins, buy upgrades that will help you defeat your foes.

Upgrades are imperative to winning. Without them, harder levels are impossible to beat. Upgrades come in different forms. You can either enhance your own weapon launch, or cause the Troopahs to perform a special Kamikaze attack after they’ve been hit. For example, the “Paratroopah” upgrade causes the pilot of a hit plane to eject and fire his weapon twice while descending. This increases the chances that he will hit something else, which will continue the chain reaction. The “Incoming” upgrade fires four diagonal rockets from your finger-bomb (called the “Roast”), creating a larger area of impact to be effected.

You will only have a few chances to wipe out the enemy. Your Roast needs time to regenerate. If the chain reaction ends before your weapon has fully regenerated, you will be defeated. You can buy an upgrade that speeds up regeneration time of the Roast. This will make it possible for you to have a second attack, and even a third if you are lucky.

If you are having a hard time beating a level, you can always use the “One Last Charge” bonus items. You can immediately refill your Roast bar up to three times, or go nuclear with the “Blast Them All” bonus. When you run out of these special items, you can buy more through in-app purchases.

You could also try earning more coins to upgrade your weapons and Troopah triggers. You will earn coins every time you play, even if you are defeated. If you replay the same level, over and over, eventually you will earn enough coins for another upgrade, which may be the thing you need to get you through to the next level.

The replay value is through the roof in this game. You earn stars for killing Troopahs. Each level offers six stars, three for killing Troopahs and three that are placed somewhere on the battlefield. It is very difficult to get all six stars, but it sure is fun trying, even if it means replaying the same level over and over. 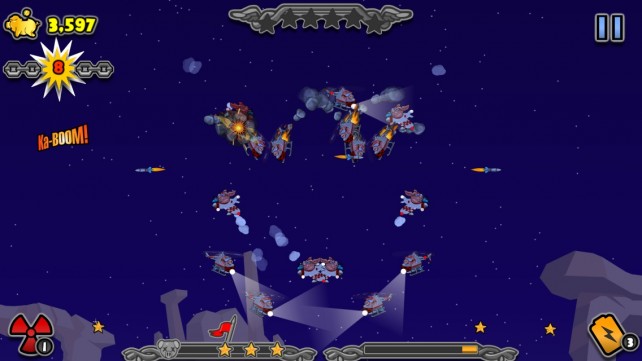 This game is a lot of fun. It offers an interesting and clever puzzle challenge that will keep you on your toes. The upgrades are funny and help you get through levels that are otherwise impossible to beat. It is very satisfying to watch a chain reaction that was started by one single tap on the iPhone screen. Grab this game for only $0.99 in the App Store today. 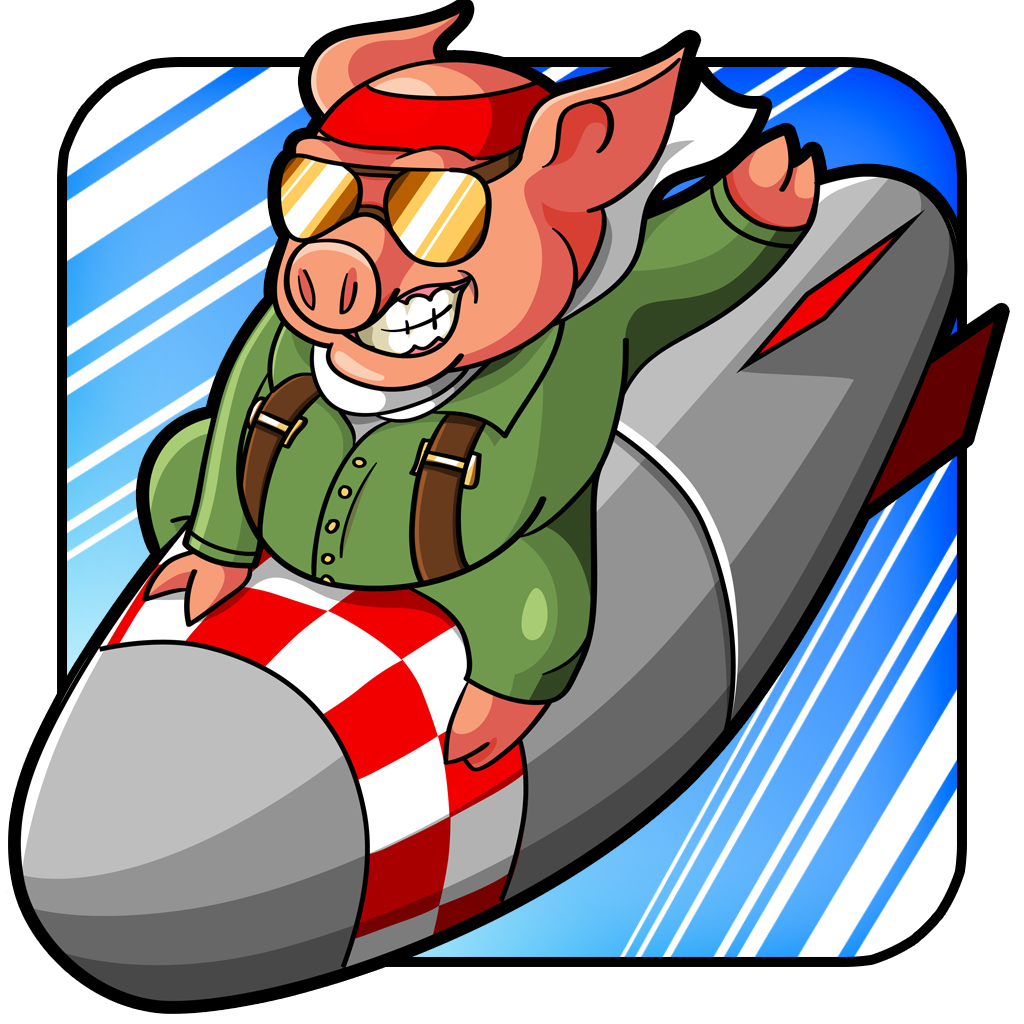 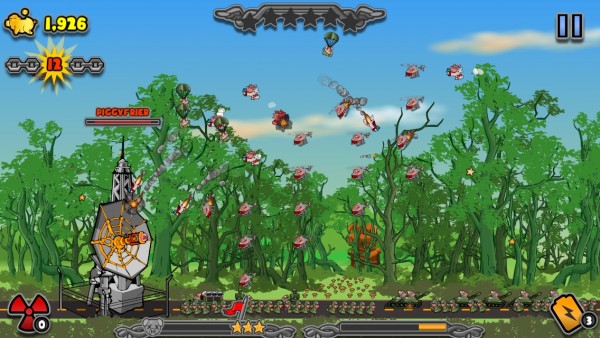 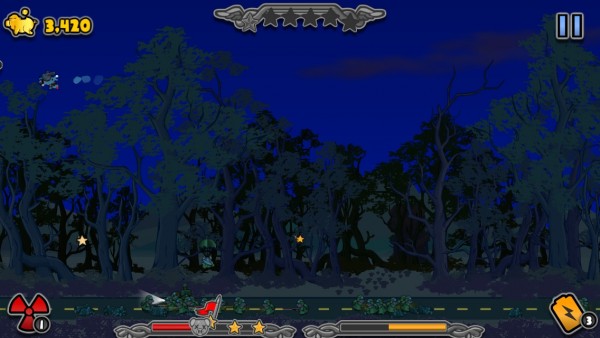 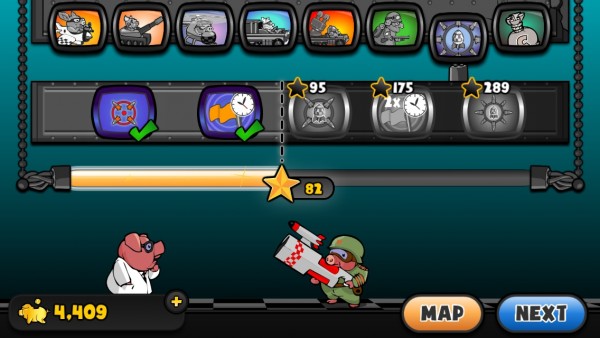 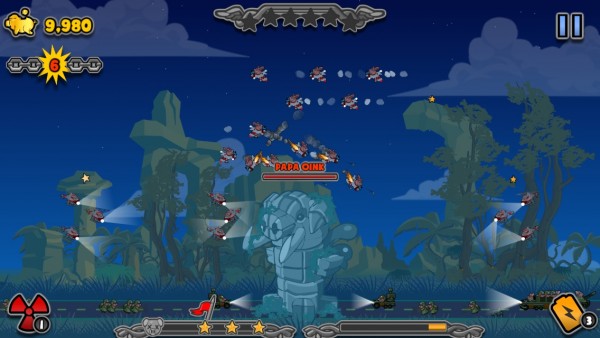 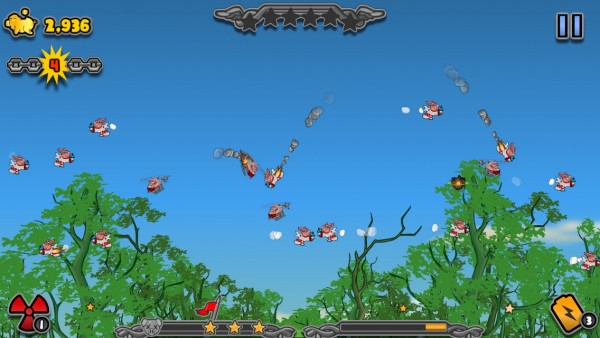 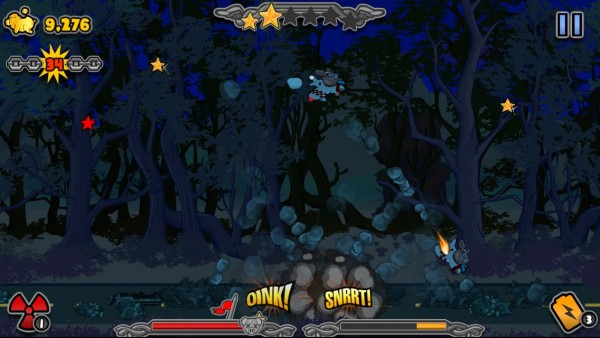 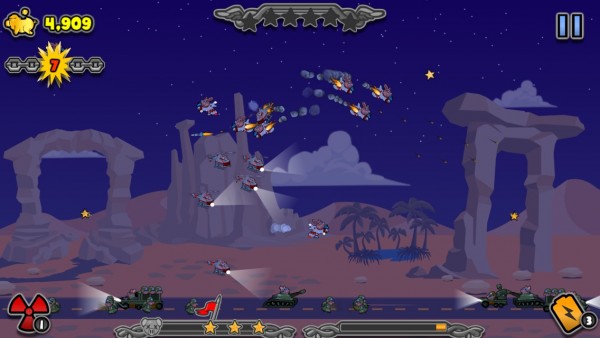 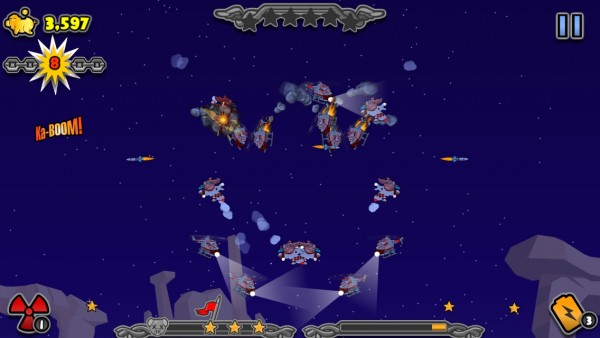 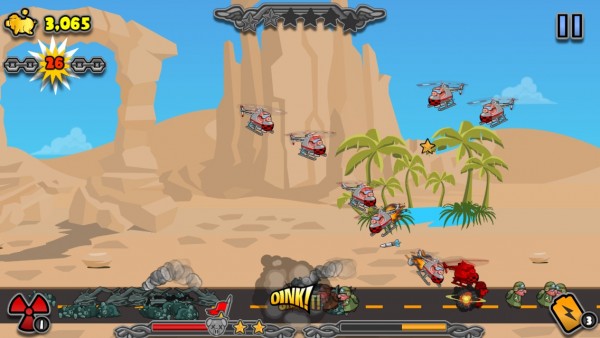 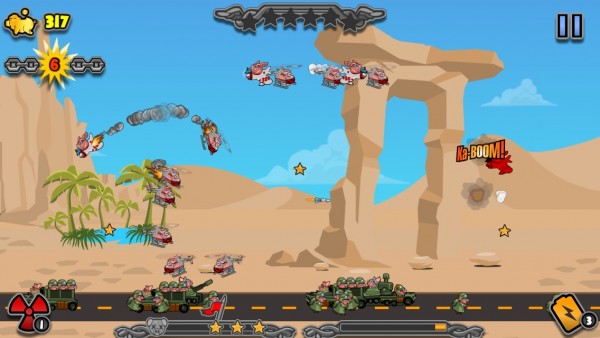 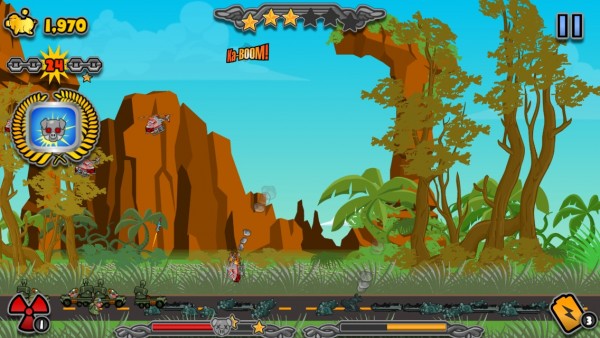