You are using an outdated browser. Please upgrade your browser to improve your experience.
by Lory Gil
December 11, 2012 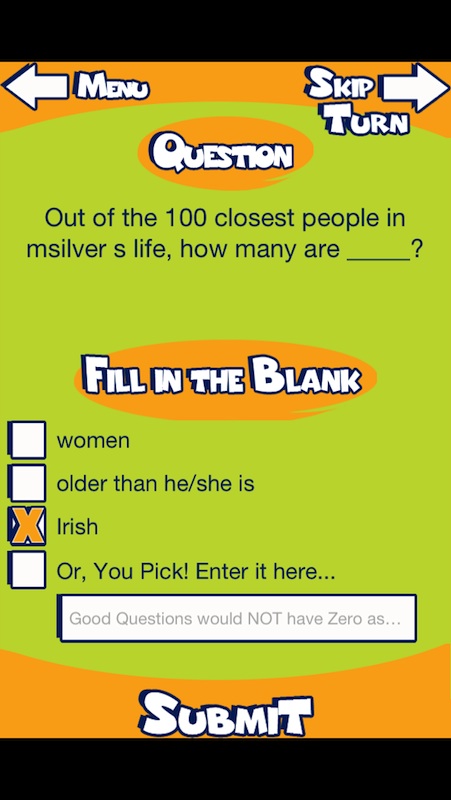 Knowbody Knows (Free) by Uncle Rez Games is a social app based on the board game of the same name. How well do you know your friends? Not as well as you think you do. Join up with two or more of your nearest and dearest for a friendly round of arbitrary guessing. Even if you know someone through and through, you might not win this game. 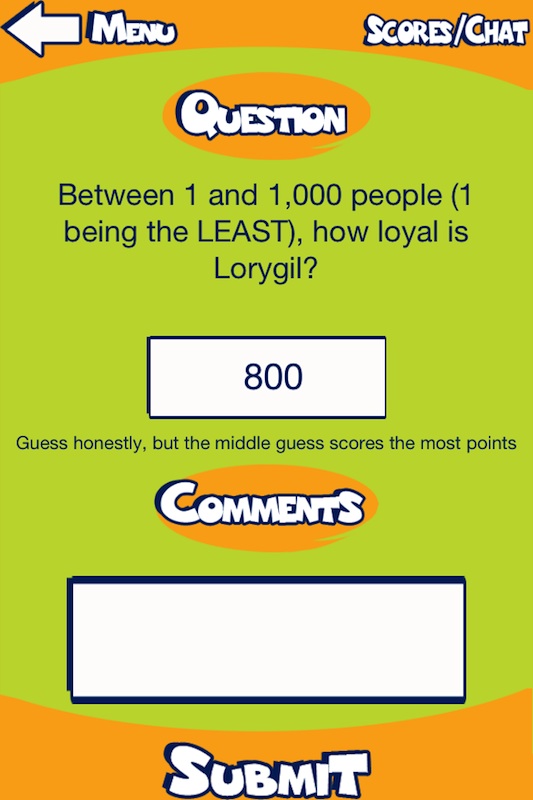 Knowbody Knows is a party game that came out in the mid 2000s. Players write down what they think is the answer to a question about someone else in the room. The game reveals, not only a truth about someone, but also what others think about that person. Hilarity ensues.

To play this game in its app form, you must have at least two additional players. Have your friends download the app and register with their email address. Then, you can connect to them by inviting them directly.

Once you have at least three players, but no more than eight, you can begin the game. One of the players will be given a question with another player’s name on it. There will also be a blank spot in the question and a list of possible options to fill in the blank.
For example, one question reads, “How many times has LoryGil [blank] this year?” The possible options include, “Ridden a bike,” “Taken a vacation,” “Starred in a commercial,” and one more blank spot so you can write in your own option.

Pick the option you like best, or add your own and submit it. Then, everyone in the game, including you, will be asked to answer the question. The questions always have to do with numbers and you can never answer 0.

Points are earned based on averages. It doesn’t matter what the real answer is. If you picked a really high or really low number, you don’t score any points. If you answer was the most middle between the high and low answers, you earn two points. Everyone else earns one point. The player with the most points at the end of the game is the winner. 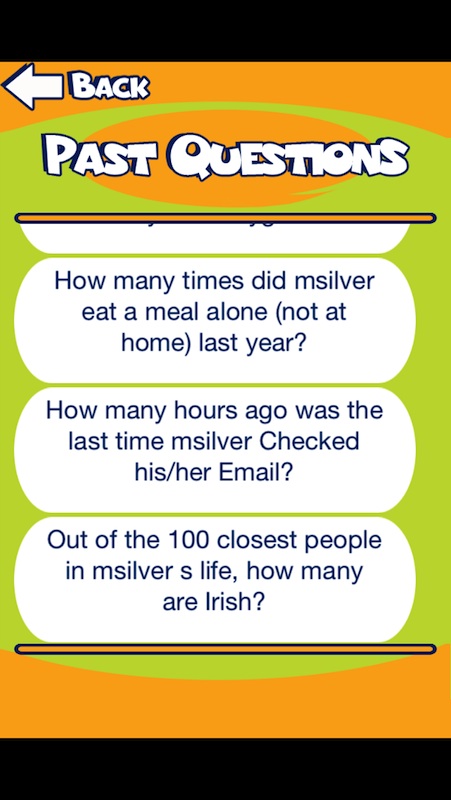 This game may be fun when you are sitting at a table with a group of people, but as an app, it is terrible. All of the concepts that normally bring about laughter during a party game like this are lost when people aren’t in the same room together. Questions are confusing and answers aren’t particularly funny, even when they are supposed to be.

The friends I played this game with absolutely hated it. One of them wanted to stop playing after only three questions were answered. It is not that the board game is bad. The problem is that it doesn’t transfer to a social app at all.

I’m afraid I can’t recommend this to anyone, even though it is free to download and play. It just doesn’t work. 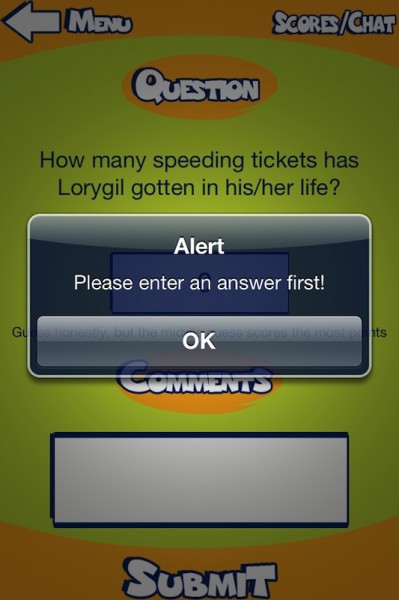 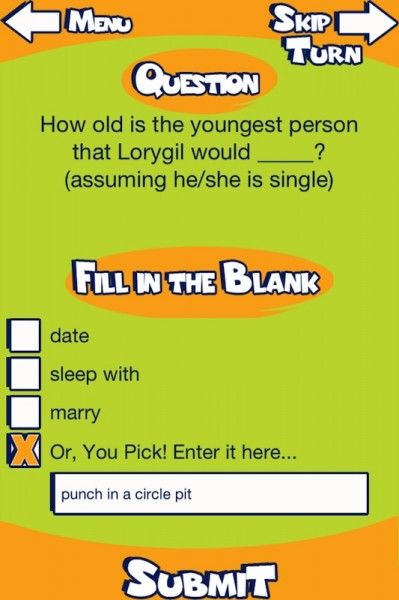 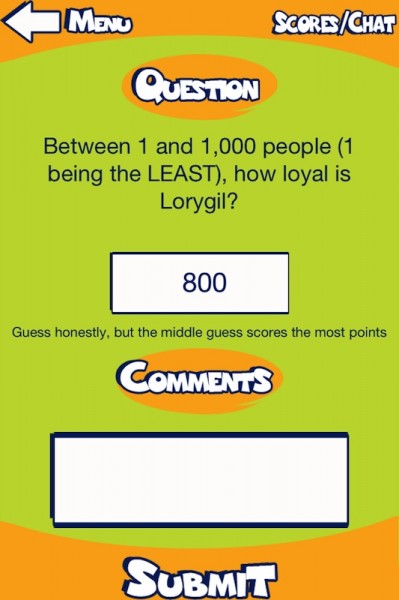 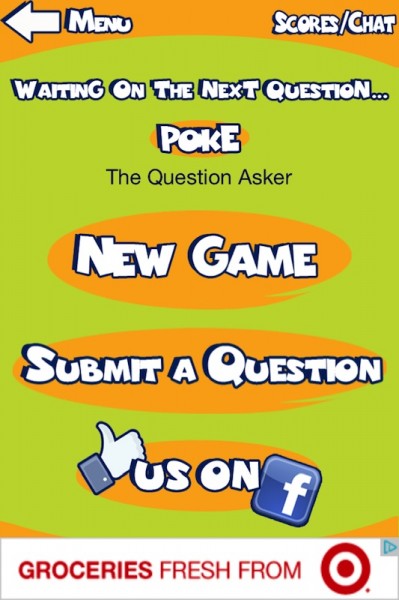 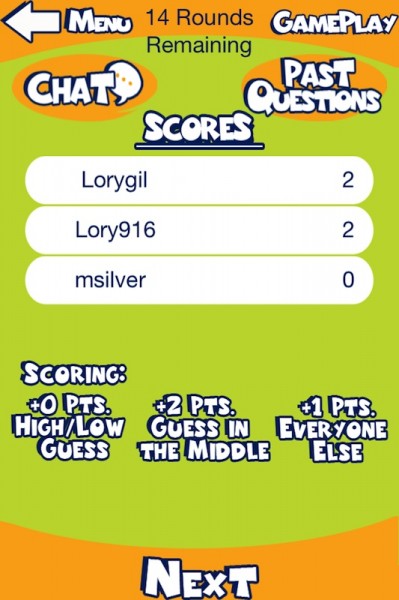 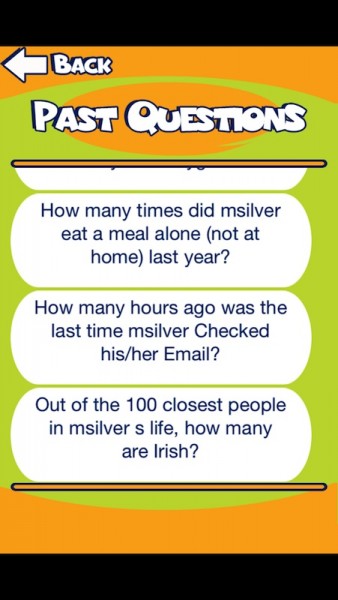 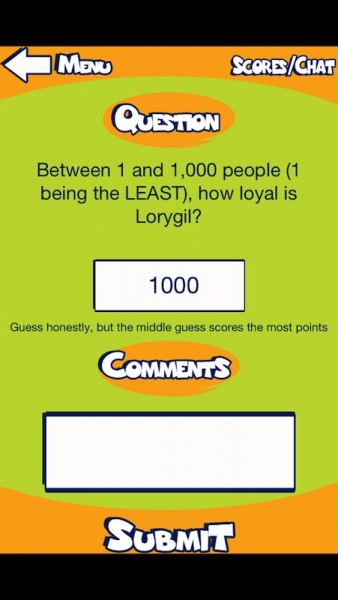 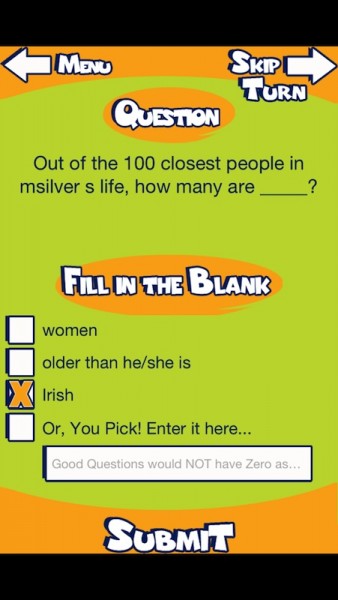 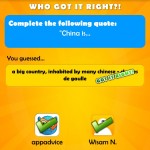