You are using an outdated browser. Please upgrade your browser to improve your experience.
by Lory Gil
January 18, 2013 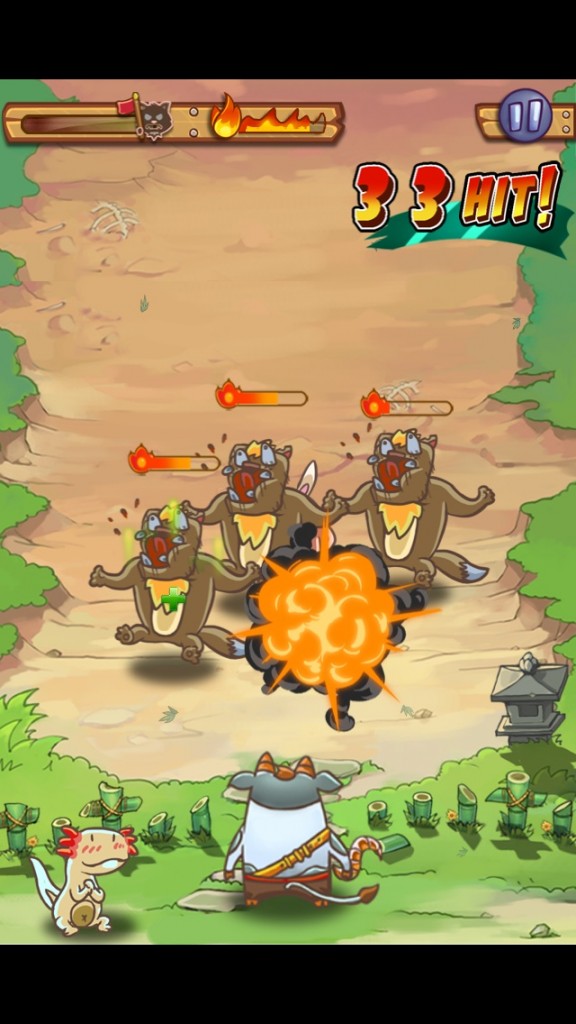 KungFu Farm:Yule's Revenge ($0.99) by Yogurt Entertainment is a castle defense style action arcade game that will really keep you on your toes. Throw as many boomerangs as fast as possible to keep the hungry wolves from getting to your meaty bits. 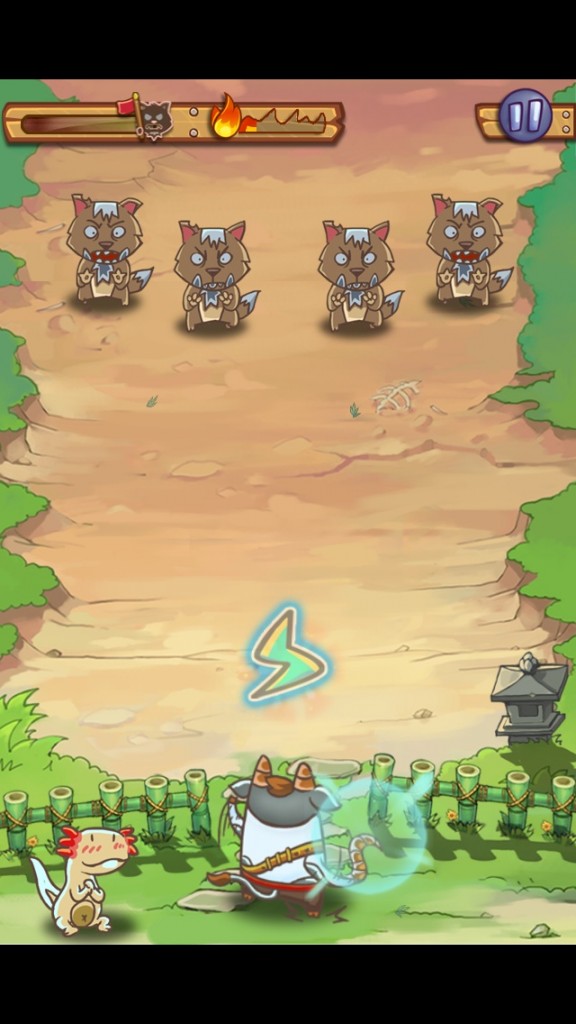 Players try to stop a horde of hungry wolves from raiding the farm by flinging boomerangs to knock them over. Harness your chi and throw more powerful projectiles that knock out multiple targets. Enter your rage phase to really make a mess.

To throw a boomerang, touch the screen where “Yule,” the calf is standing and drag your finger to the target you want to hit. Lift your finger off of the screen when you have reached your destination spot. If you touch and hold Yule for a few seconds, a blue icon will appear. This means that you’ve generated enough power to throw a frost weapon. If you hold it for a little bit longer, you’ll see a red icon, which means you’ve generated a fireball.

When you’ve taken down enough baddies, you’ll go into a frenzied rage phase where you don’t have to wait for your boomerang to return before throwing out a new one. This is ideal for the faster critters that barrel down the path.

Some larger enemies might normally take two hits to go down, but a frost or fireball weapon will knock them out in one shot. It doesn’t take long before your powers area weaker than your enemy’s. To upgrade your powers, use the coins you’ve collected during the game. You can increase the speed, power, and damage of each of your weapons. If you don’t want to wait to earn more coins, you can add more through an in-app purchase.

In the captive animal section of the game, you can see which wolves you’ve captured during the special bonus game that you play when you get three stars on a level. Captured wolves will generate one coin every few seconds while you are in the section. This is an odd portion of the game that feels kind of useless, but I only managed to capture a few wolves. Maybe there is more to it later on.

The levels get very challenging fairly fast. By the time I was on the fifth level, I was having a hard time beating it. My weapons were just not strong enough or fast enough to beat the regenerating wolves. Those guys are tough. 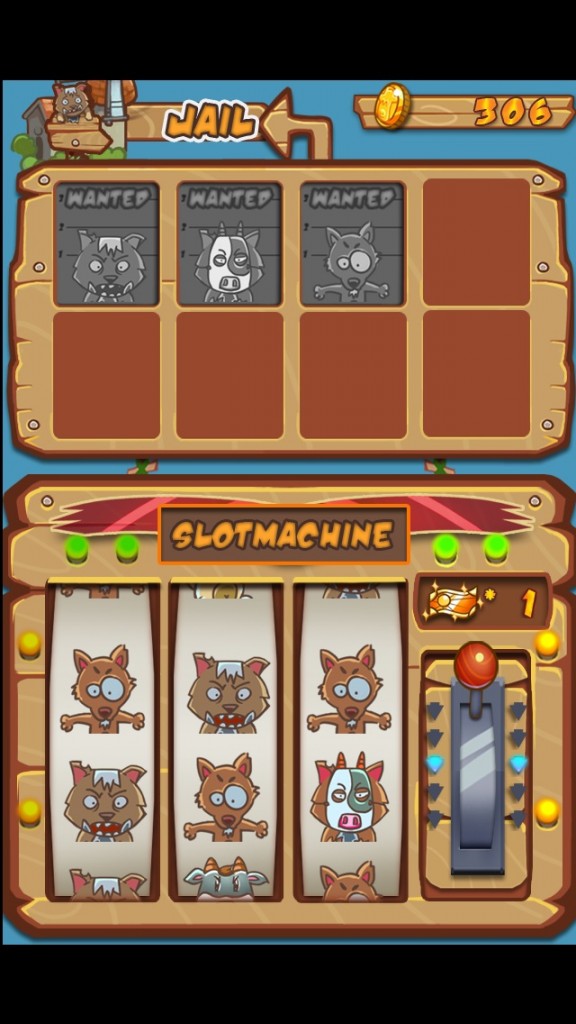 This game is a lot like Grow Away!, except that you only use one character with multiple weapons instead of multiple characters that are a weapon. It is fast paced, challenging, and action packed.

If you enjoy castle defense games, and are looking for something with a bit more action, you’ll have a great time. The levels are fairly challenging, but every time you play, whether you win or lose, you earn more coins so you can upgrade your weapons. It is fairly cheap and a great way to spend an hour or two. 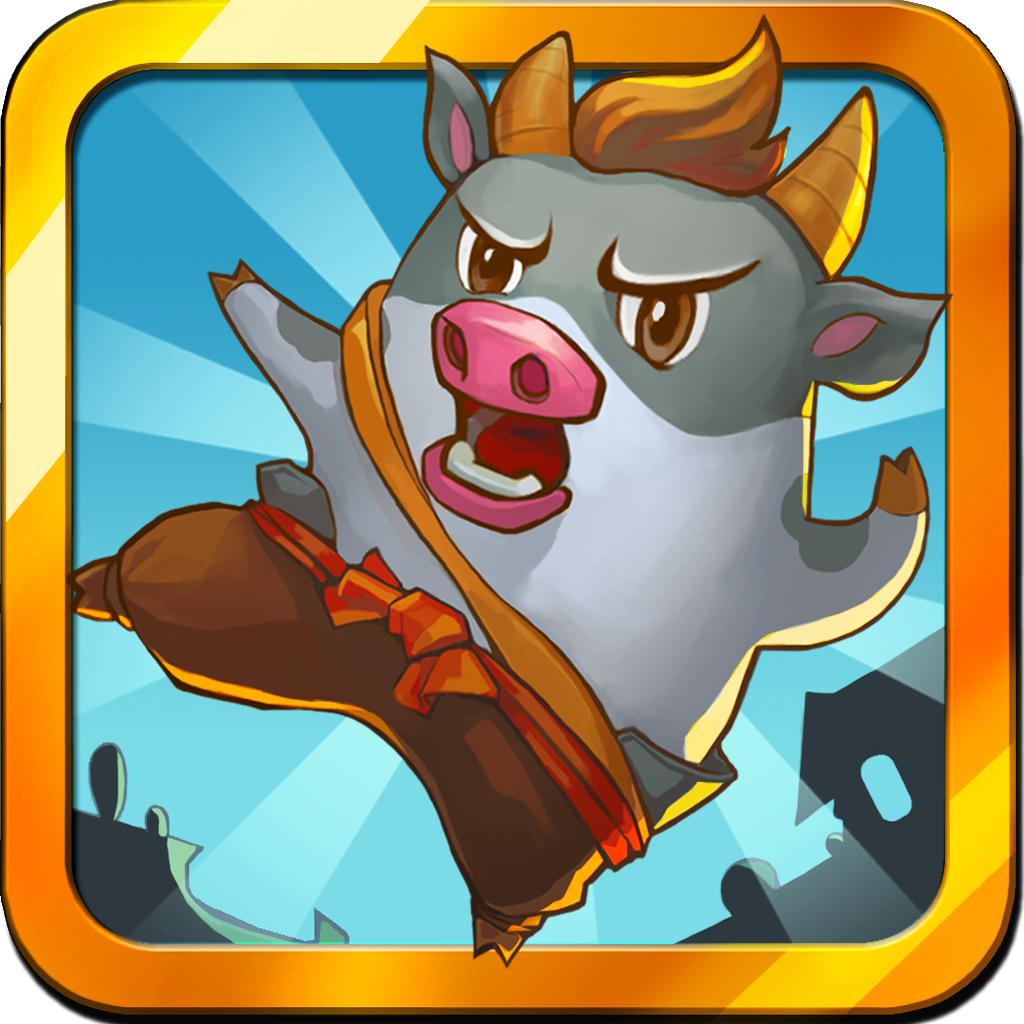 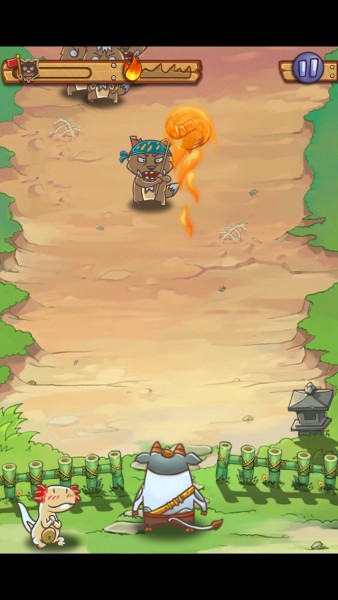 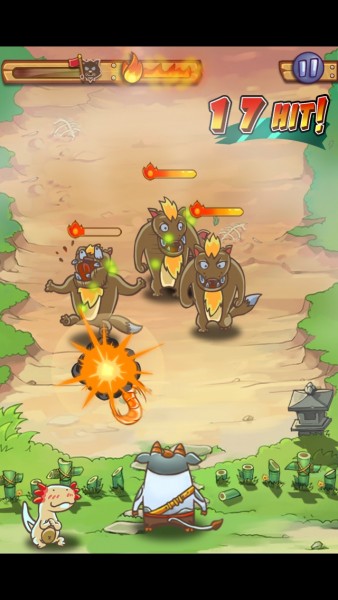 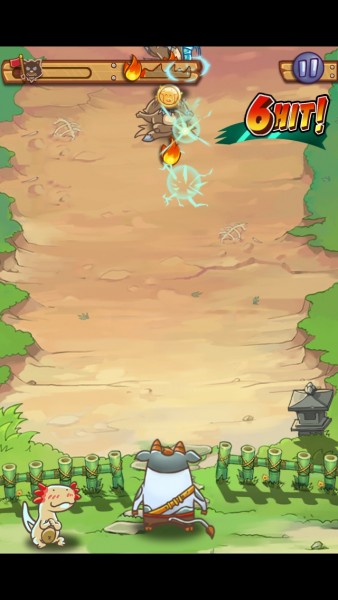 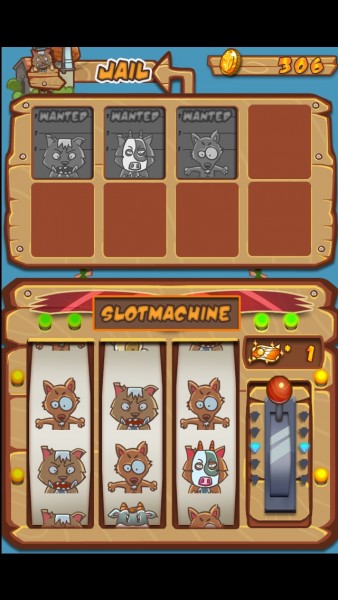 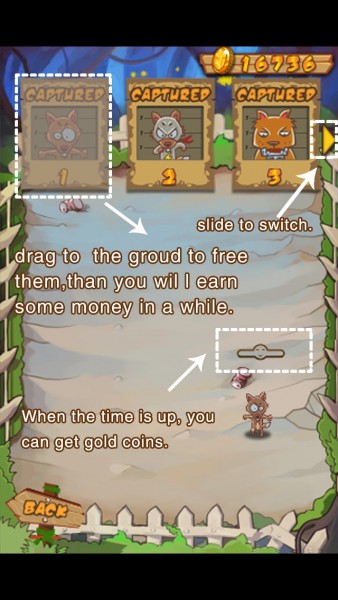 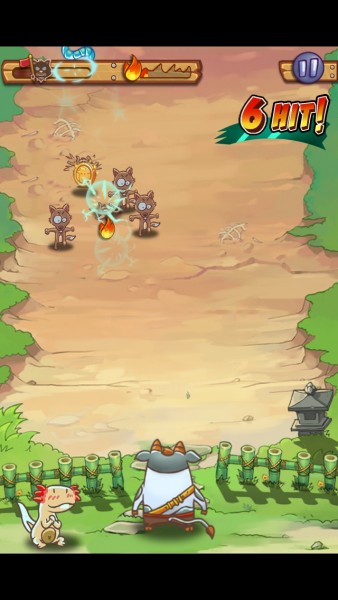 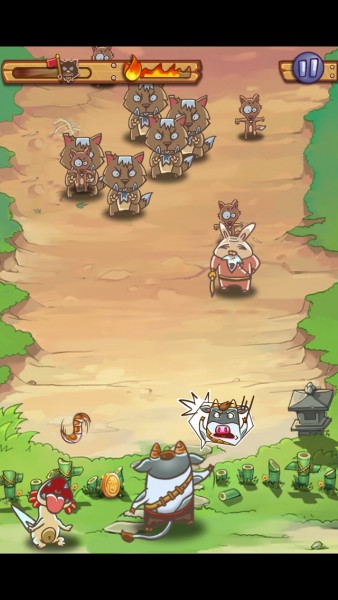 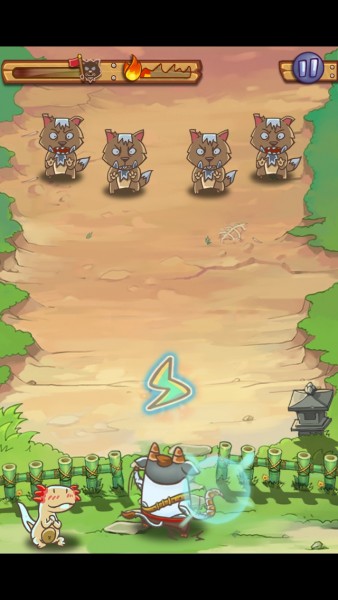 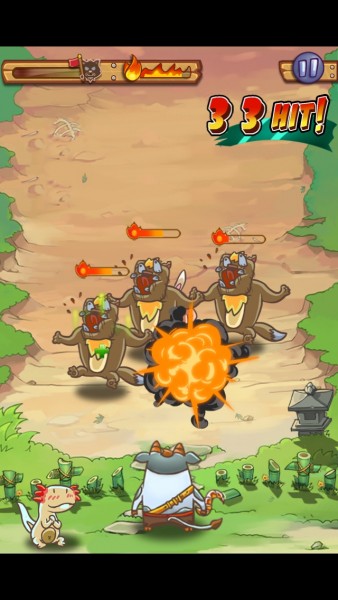 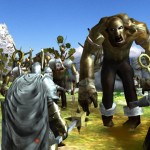 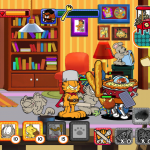