You are using an outdated browser. Please upgrade your browser to improve your experience.
by Sean Capelle
March 13, 2013 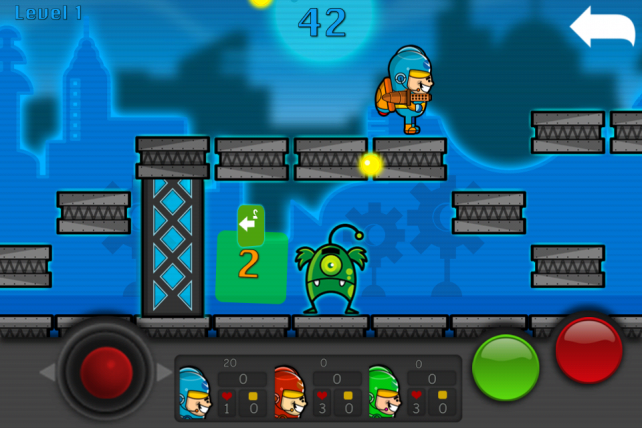 Little boy space (Free) by Javamovil combines a platform game with a board game, if you can believe it.

Just like Physics 21, this game attempts to create something new by combining two different genres. 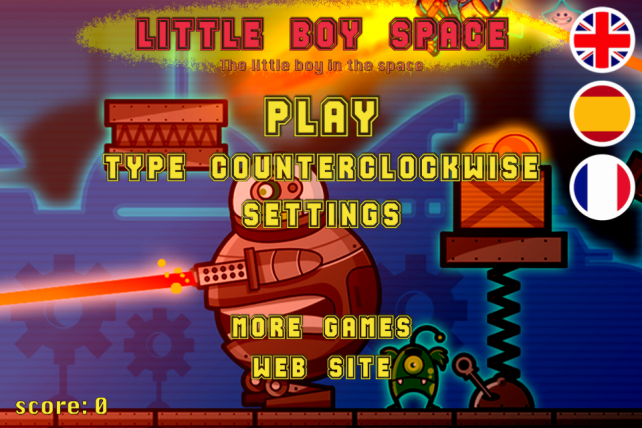 Three players must journey from the far left of the game board/ level to the finish point on the right. In the way are obstacles, monsters, and the other players’ tricks.

Roll a die at the start of your turn to determine which box you need to reach. A thirty second counter begins, giving you limited time to haul butt to your finishing point.

Then (for some reason) you touch the screen again to roll the die for your opponents. I have no idea why the computer can’t just roll a number (but that’s only one of the things that baffles me about this game).

Another version of gameplay is available, cryptically titled “counterclockwise.” In this version, you have 50 seconds to clear the level. Running out of time or taking a single point of damage ends the game.

If you can figure out why this mode is named counterclockwise, then you are smarter than me.

The controls mimic an arcade game, with a joystick for side-to-side movement and two buttons for jumping and firing. Playing on the iPhone, I found using the joystick to be difficult because it would suddenly quit responding.

I’m not sure if this was due to my thumb sliding slightly along the glass, or if the game has a bug in it. 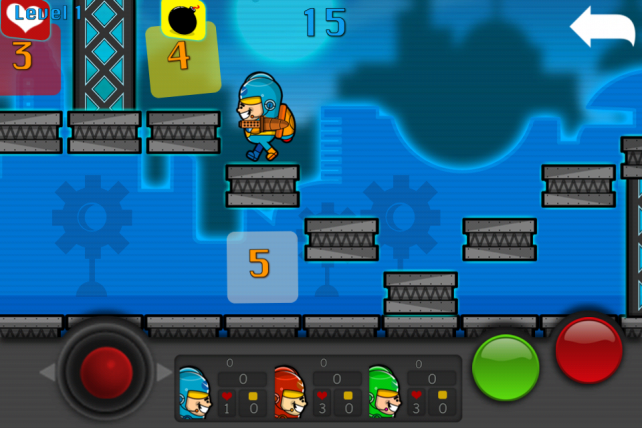 Likewise, I would often fire when I only meant to jump. Just like Ballooned, the controls appear simple, but are tougher than they look. Playing on the iPad may offer a better experience in that regard.

Unfortunately, there is no help guide or tutorial to give you any idea of what the heck is going on. I had to look at the game’s App Store site to figure out what I was supposed to do. Even then, comprehending it was confounded by a litany of grammatical errors.

This game shows promise, but it is in very rough shape right now. With a lack of clear instructions, and loose controls, and update would do this app well.

Will you roll over to the App Store to check it out? 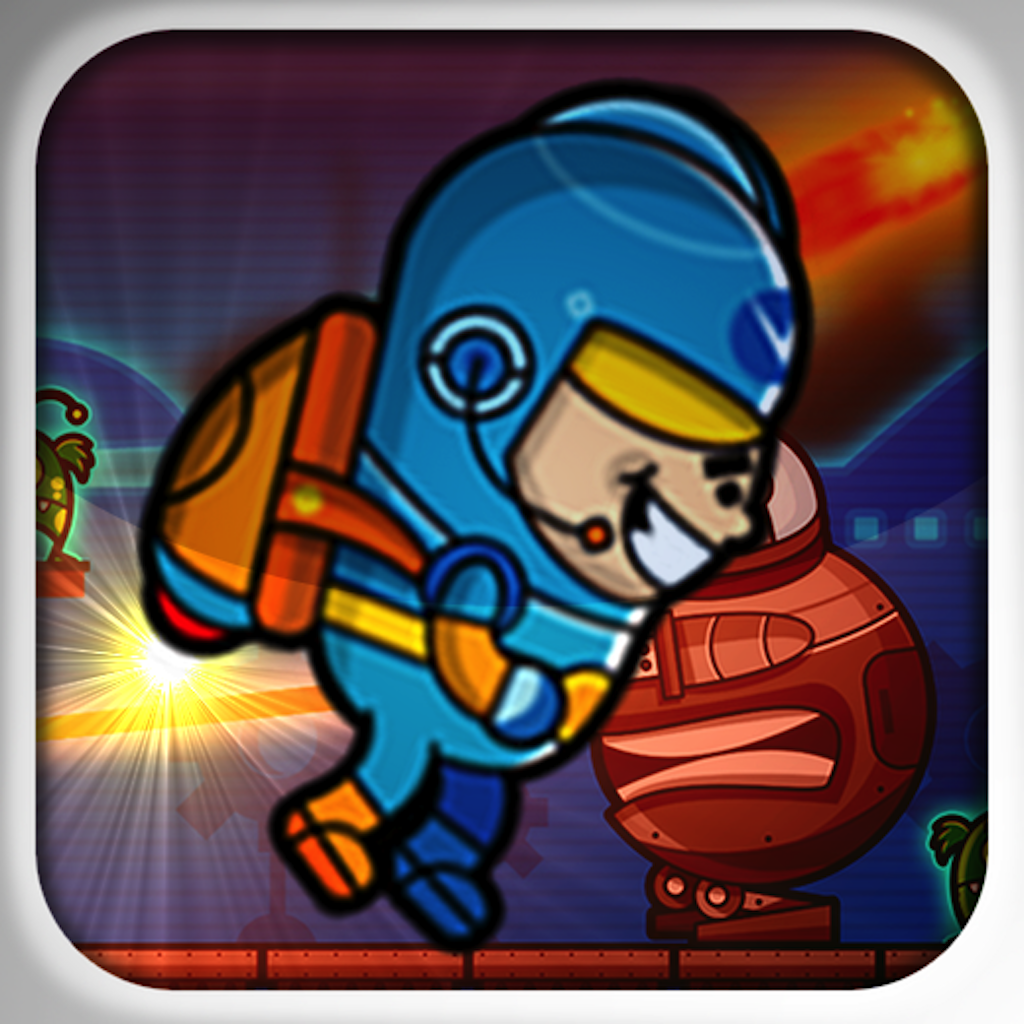 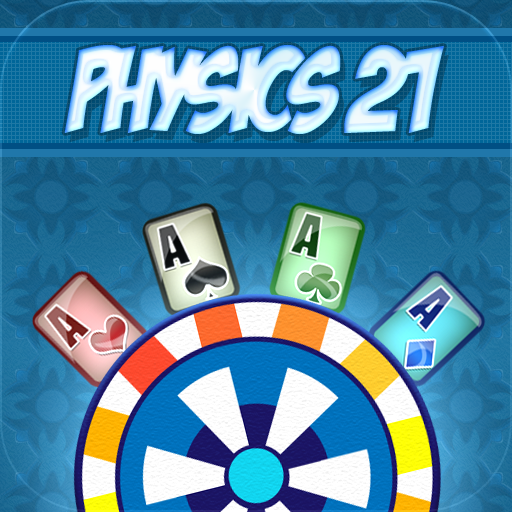 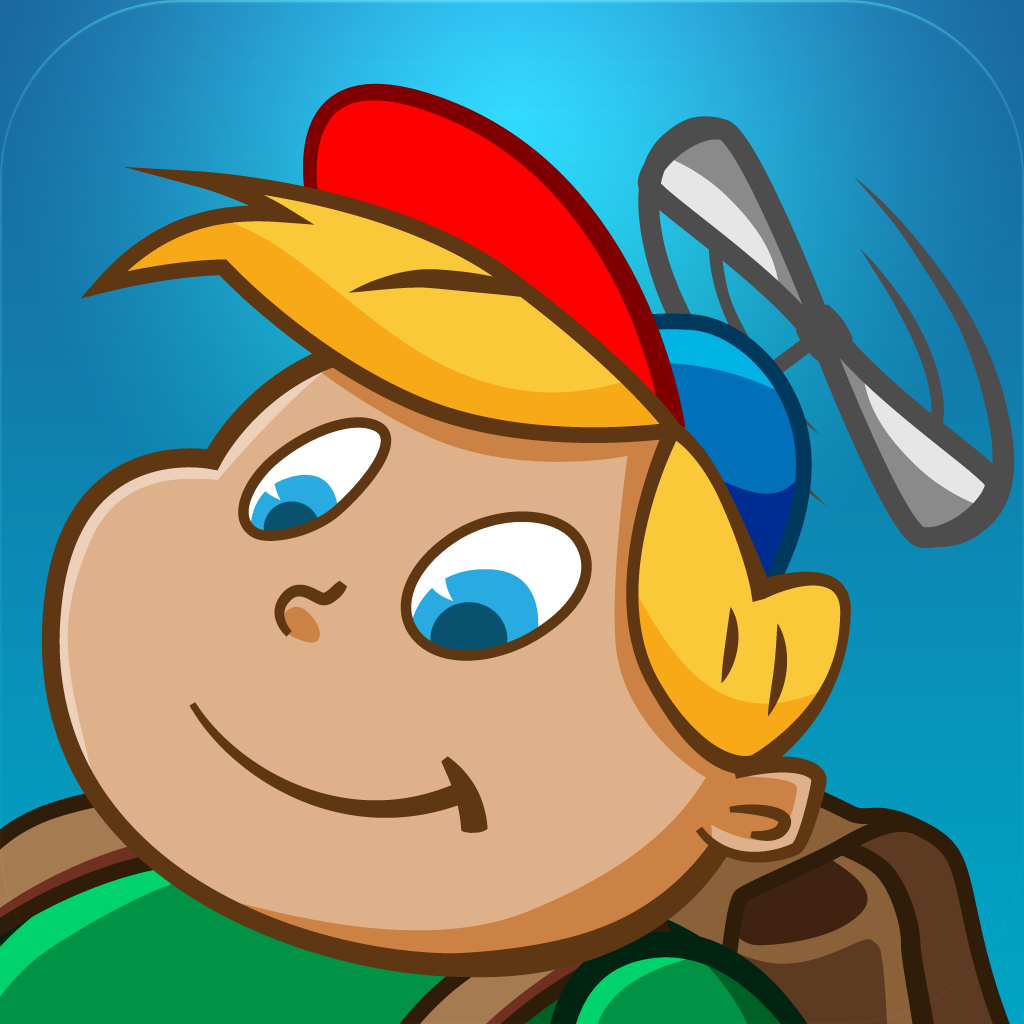 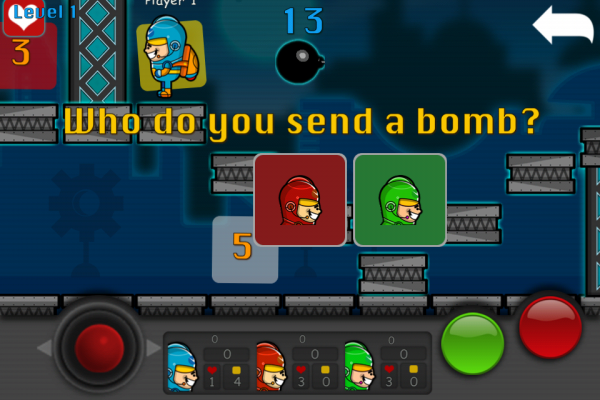 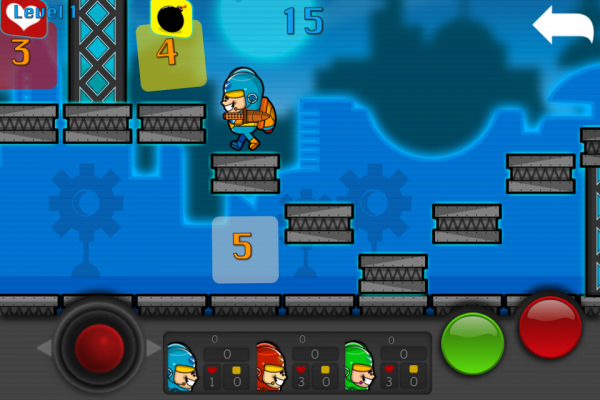 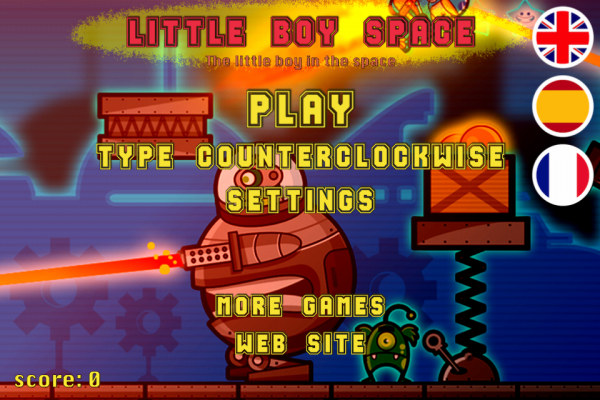 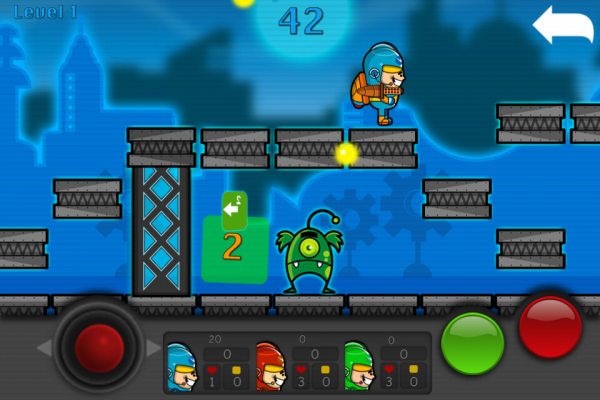 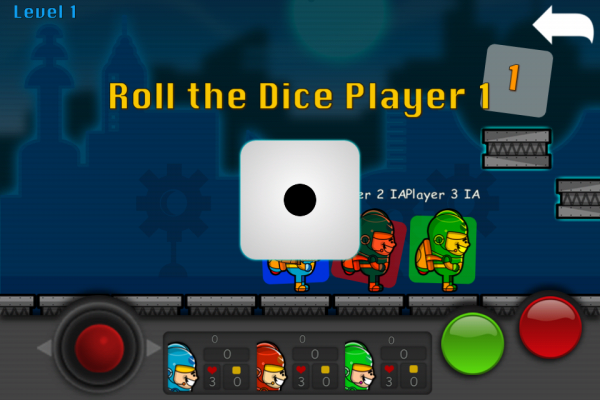