You are using an outdated browser. Please upgrade your browser to improve your experience.
by Lory Gil
March 5, 2013 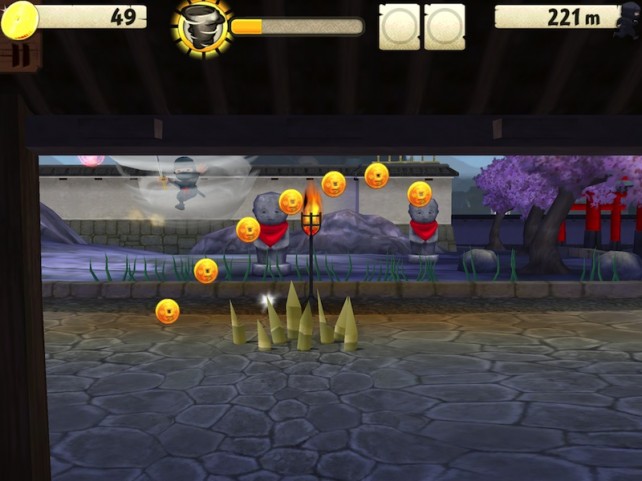 Mini Ninjas ($0.99) by SQUARE ENIX is an endless runner game where players must free small, caged animals, collect “Koins,” and rescue friends. Your diminutive fighter has a lot of tricks up his sleeve. Don’t worry about his size. He’s got a tornado hidden in his pocket. 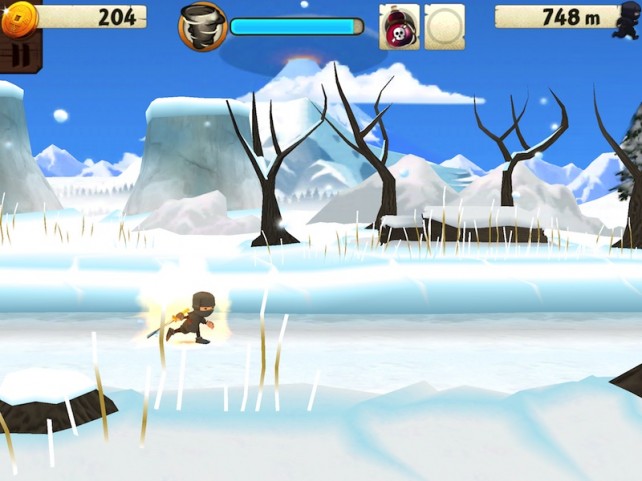 Players must run through town, collecting coins (called Koins in this game) and fighting enemies. You must have quick reflexes in order to avoid rocks, barrels, and bamboo spikes. With help from friends, you’ll be able to crush boulders, call coins to you, and glide through the air like a wuxia warrior.

To jump, tap the left side of the screen. To trigger Hiro’s special power, tap jump twice. This will keep your runner going, but instead of running on the ground, he is running along the side of a wall. No wirework here.

To attack an oncoming enemy, tap the right side of the screen. Your little ninja will take a swing at anything in his path.

The goal is to free little caged animals, like frogs and chickens, and to collect ingredients that can be used to craft potions. Players must also try to free Hiro’s pals, Futo, Suzume, and Kunoichi. Each ninja has special abilities. Hiro runs along walls. Suzume calls coins to her so she doesn’t have to jump for them. Kunoichi glides through the air, attacking enemies in the sky. Futo destroys rocks with his massive hammer.

As you free animals and kill enemies, you’ll build up Kuji energy. When your energy bar is full, you’ll unlock the ability to perform a special move, like Tornado. Tornado spins Hiro across the land, picking up coins whenever possible, but avoiding all enemy attacks.

Players use the coins they have collected to buy potions and spells, or get new outfits and weapons. You can even wear a cute mask and fight as a panda warrior. Outfits do not increase Hiro’s abilities. They simply make him look cool. 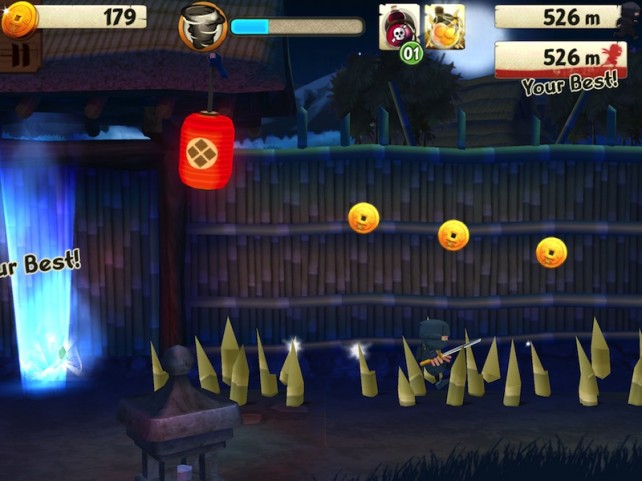 I have one problem with this game. Crafting a potion takes a very long time. For an additional $0.99, players can unlock a crafting accelerator, which allows users to instantly craft potions. I don’t like the idea of paying for a game, and then being asked to pay more in order to enjoy something that should be free. I would rather pay extra for outfits than have to deal with timers on potion crafting.

Other than the issue I have with in-app purchases for a game that cost money up front, this is an amazing app. It is loads of fun and perfect for anyone who likes endless runner games. The graphics are great, the gameplay is smooth, and it is feature rich, giving it a very high replay value. Pick it up in the App Store today. 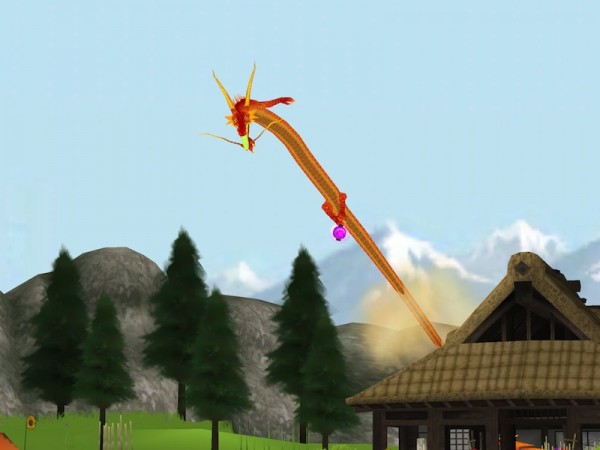 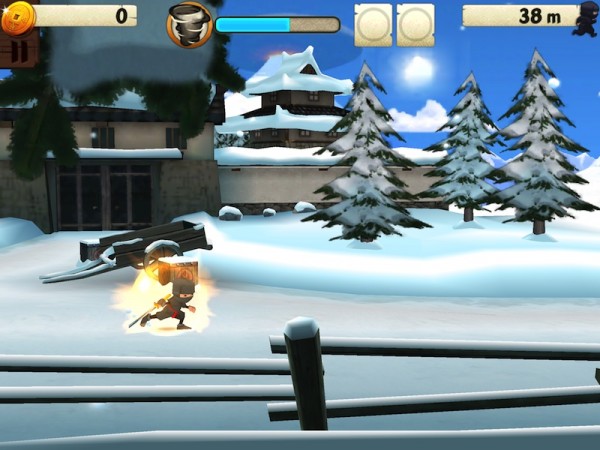 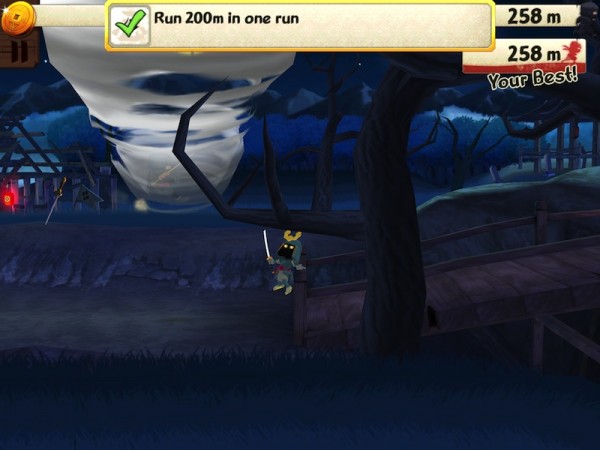 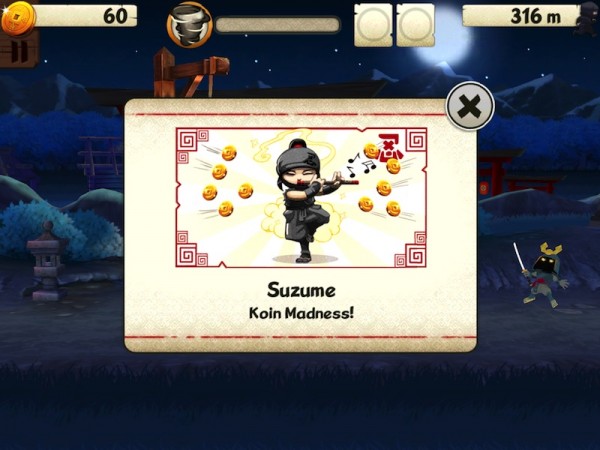 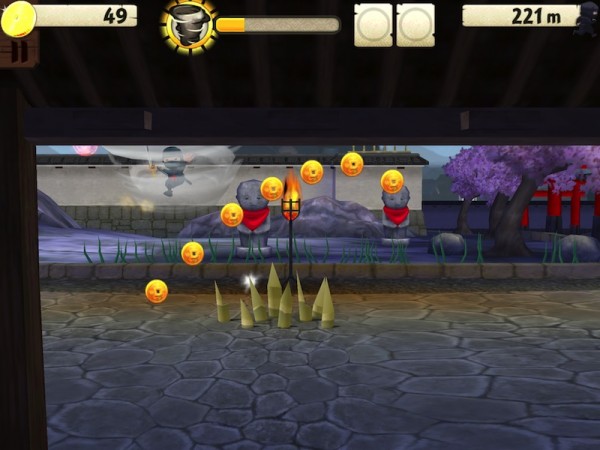 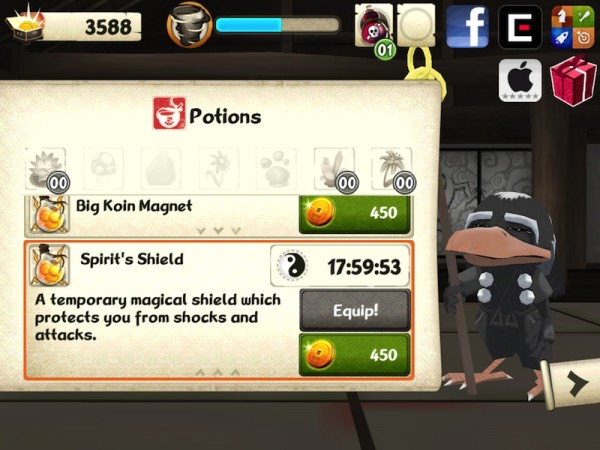 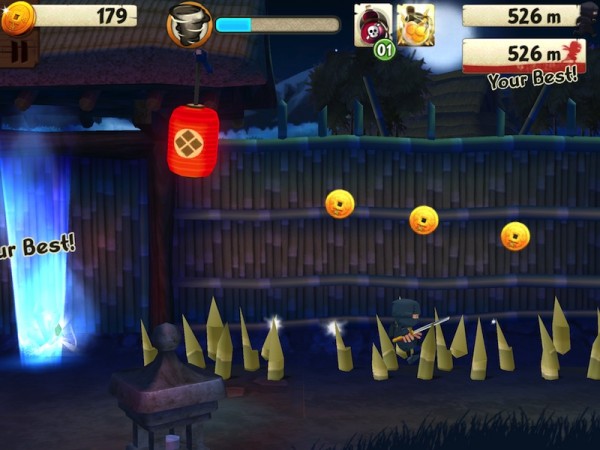 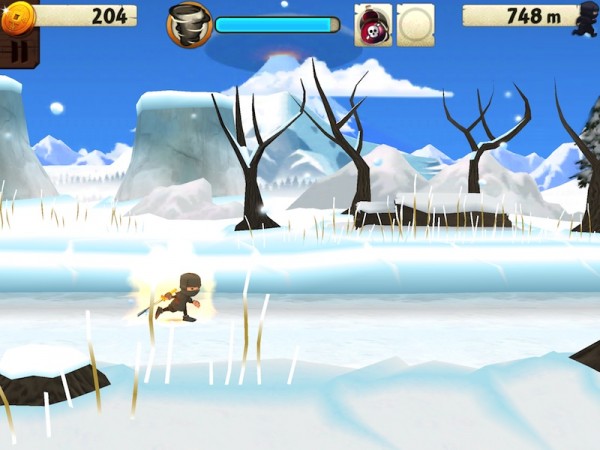 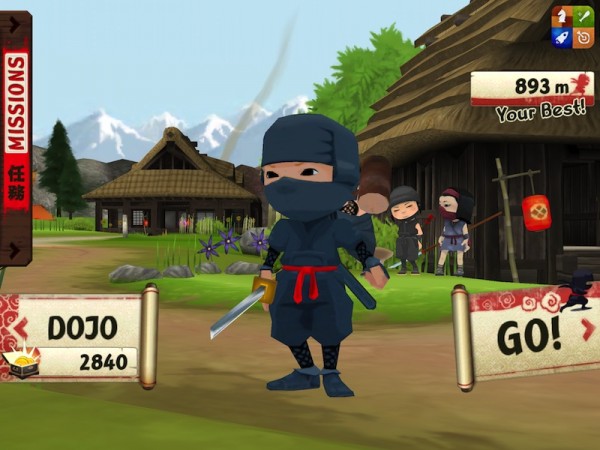 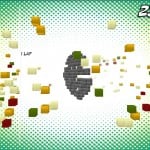