You are using an outdated browser. Please upgrade your browser to improve your experience.
by Lory Gil
June 12, 2013 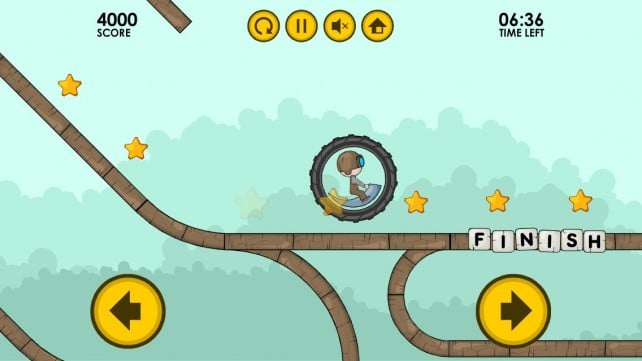 Monobike Kamikaze ($0.99) by aleksandr okov is a simple arcade game that puts you in the seat of a single-wheeled vehicle. Collect as many stars as you can and race to the finish line in less than 18 seconds to win. 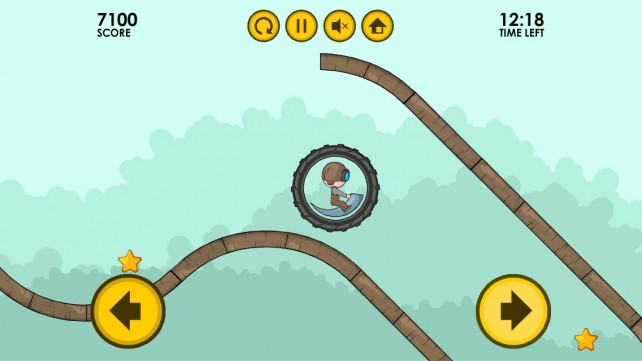 Players control a Monobike as it zooms across a curved path. Travel upward using the power of the bike and get to the end as fast as possible. With such a short amount of time, you can’t make any mistakes.

To make the Monobike move, tap the left or right arrows on either side of the screen. If you want to get a lot of momentum going, roll up one of the nearby curves first. It will increase your speed faster than starting from a level path.

The course is made up of curved paths that the Monobike must climb up. With the right speed, you’ll be able to drive straight upward. Switch direction at the exact right time to keep the speed going across to the next curve.

Players collect stars along the way to earn points. Don’t spend too much time gathering them. You only have 18 seconds to get from the beginning of the course to the finish line.

This game is very repetitive. The levels don’t get any harder and there are no significant changes to the various courses. Plus, since you only have 18 seconds to spend on each level, the game flies by.

I completed the entire game of all 14 levels in about 10 minutes. There are no bonuses for getting all of the stars or finishing faster. You only earn points for each star collected and your high score isn’t even saved anywhere in the game. 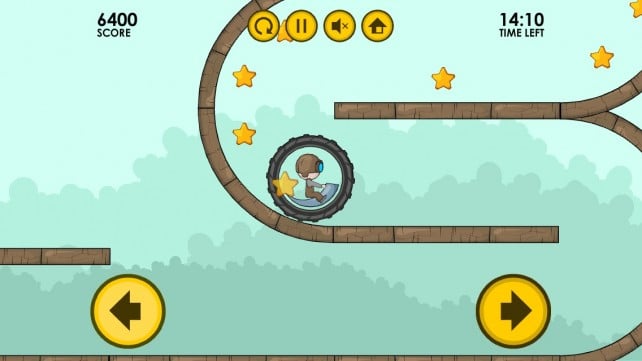 This is actually a port of a free flash-based game that can be played online. The iOS version costs $0.99 and it is a waste of money. It should have been launched as a free, ad-supported game and there should have been more levels added to make it more interesting. There really isn’t anything worthwhile about this game. I don’t recommend it for anyone. If you are really interested, play it for free online. 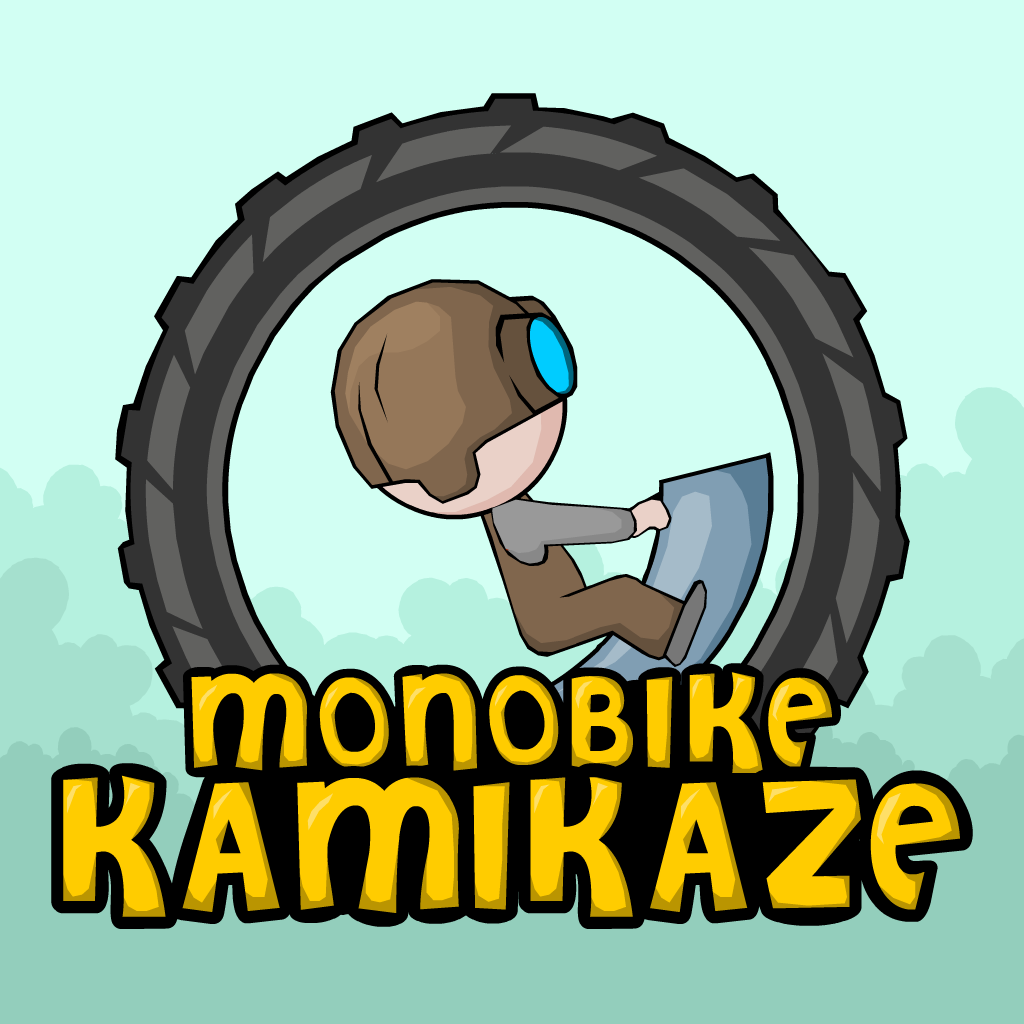 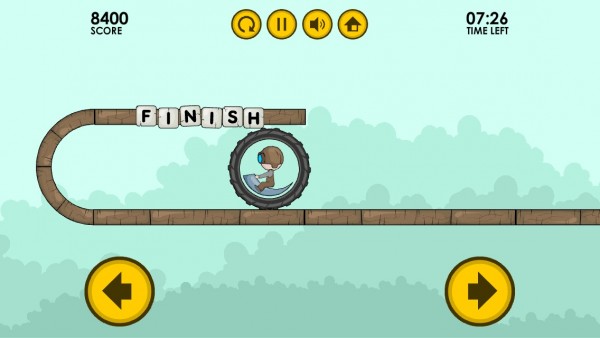 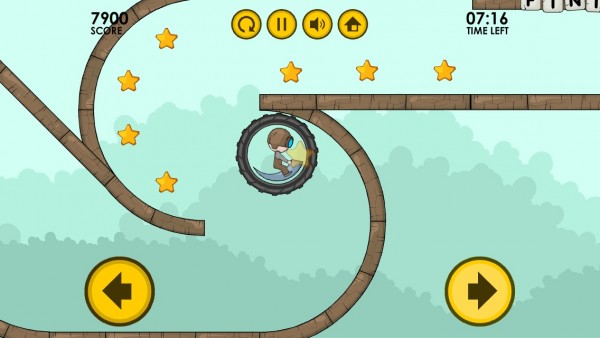 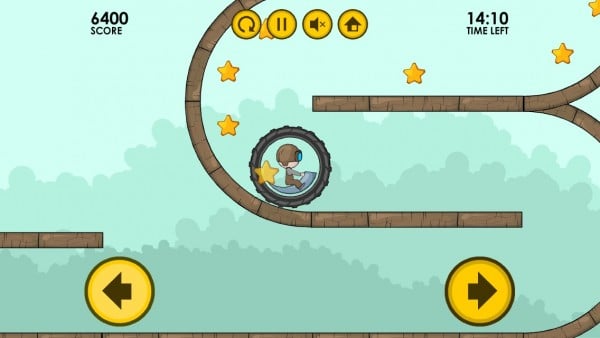 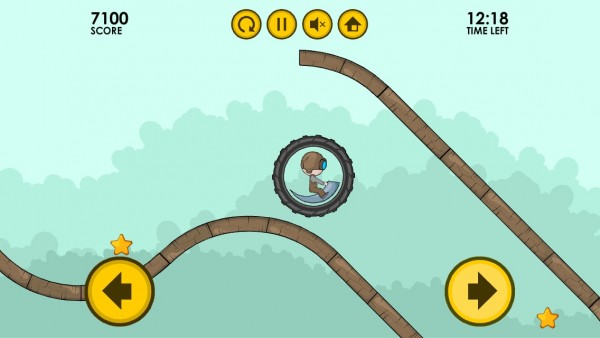 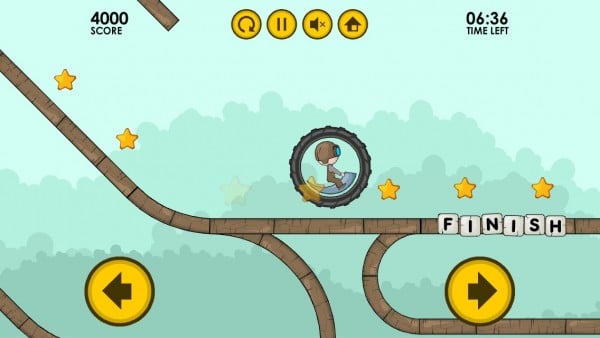