You are using an outdated browser. Please upgrade your browser to improve your experience.
by Christine Chan
February 8, 2013 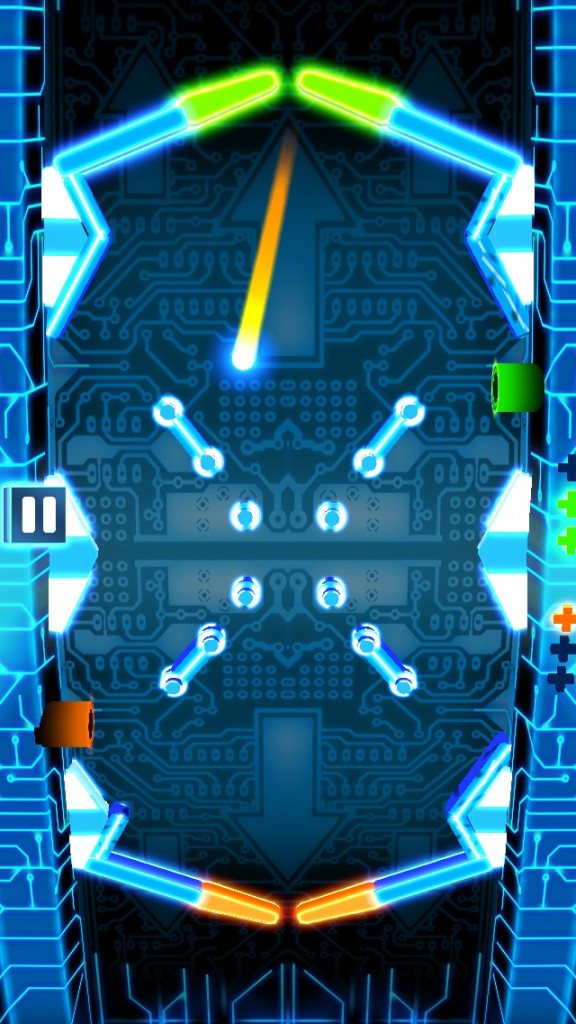 PinWar ($1.99) by Bulkypix is a completely new approach to the traditional pinball game. Rather than just presenting you with an ordinary pinball machine where you rack up points, PinWar pits you in a pinball battlefield. It’s like air hockey on your iPhone and iPad, but much better.

I’m sure that we all love pinball, right? Or we’ve at least played them quite a bit before. While I love pinball, it can get a bit boring when you’re just doing the same thing over and over, and I can’t be alone in thinking this. That’s why when I saw PinWar, I thought it was a nice breath of fresh air for the pinball genre. And it definitely does not disappoint. 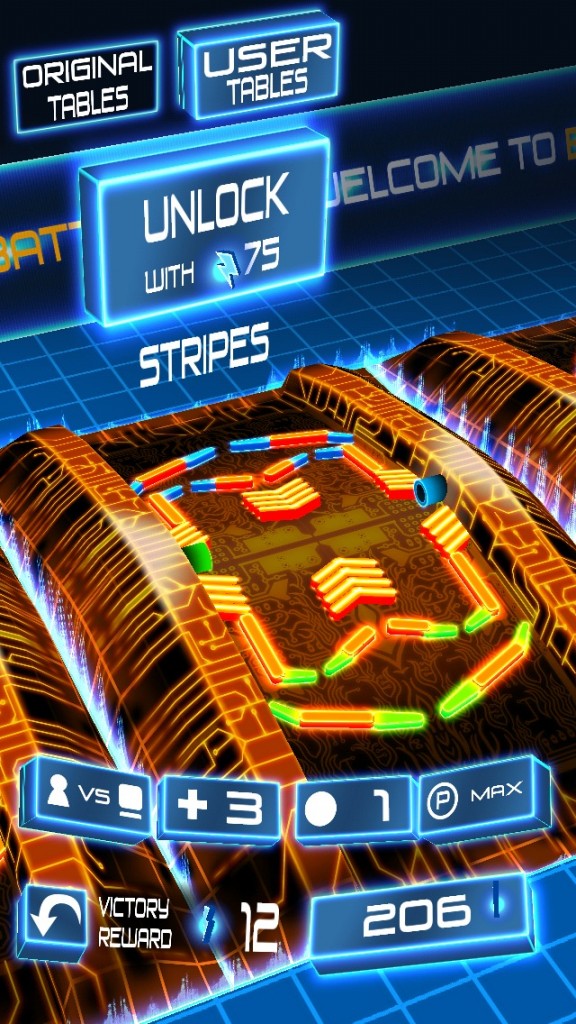 First off, I love the futuristic look of PinWar, from the game menus to the original table designs. Everything stands out with bright and vivid colors, smooth and fluid animations — it all just looks fantastic. PinWar also has a futuristic soundtrack that goes along with the whole Tron-like feel of the game. This is definitely not like any other pinball game you’ve played before, that’s for sure.

There are three different game modes that you can play in PinWar: Quick Battle, Battle, and Missions. The controls for all of them are the same: tap on the left side of the screen to move the left flipper, and the right for the right flipper.

Quick Battle is quite simple — you don’t have a choice of table, and you must defeat the AI (one player) or your friend (two player) in an extremely fast-paced battle. Once you or the computer lose all of your balls (aka lives), then the game ends. You will earn some “energy” as a reward, which is the currency in the game. Experience points are also earned after each game, allowing you to level up and have more lives during battles.

Battle is just like Quick Battle, except you can choose the table. The game also starts out a bit slower than Quick Battle, with only one ball in the beginning, but you can grab various power-ups to your advantage (or even disadvantage). Each table will award a different amount of energy for victories, and you can unlock more table designs by spending your energy. The designs can go from simple to quite complicated, adding to the challenge of defeating your opponent.

Missions is the most fun. The game will give you a choice of four different missions (a mix of solo and co-op), and you can select one of them for each mission round. Each will have a different objective, such as surviving for a certain amount of time, navigating a ball through a maze, using the flippers like a pitcher and batter (baseball) to get the ball to the other side, and more. You can get a maximum of three medals on each mission (the sooner you complete, the more medals you will have). When you get enough medals to fill the meter, you will hit “Overdrive,” which is a bonus level where you have a few moments to devour as much energy as you can, so take advantage of it.

PinWar also includes a table designer, so if you’re feeling creative and inspired, you can create your own pinball table! These user-designed tables can also be shared with other players through the servers, so you can even check out what the community has created. 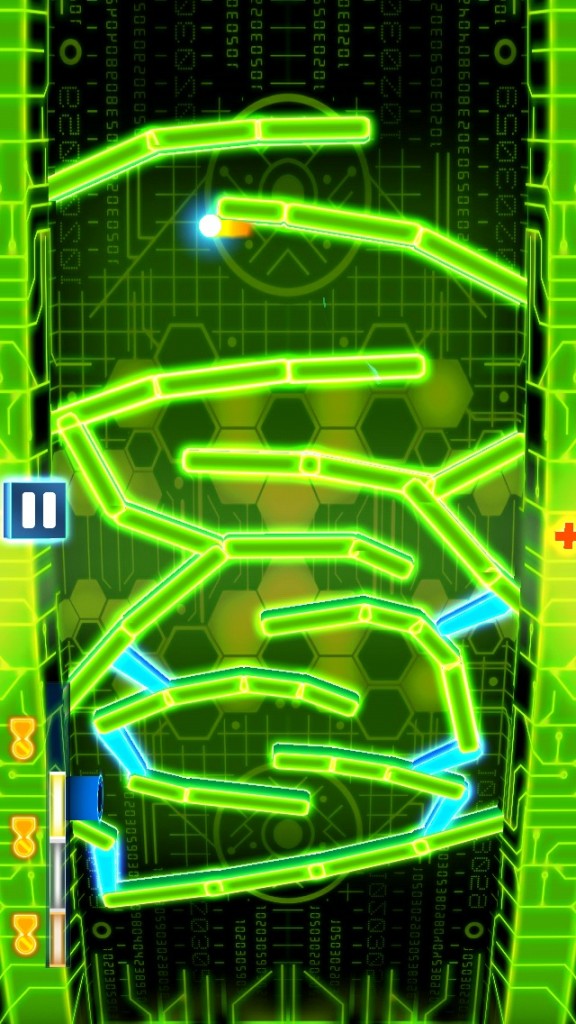 There is also Game Center integration for leaderboards and achievements, which is nice for those competitive types. The achievements are also great, because there’s a lot to strive for, that is, if you are like me and like to hoard achievement points.

So far, I’m really enjoying this game. It’s fun, fresh, and addictive. It’s also a challenging new spin on traditional pinball, making it a bit more competitive, which is always a bonus. I think I would like to see some online multiplayer though, since you may not always have another player around to battle against or work together with for missions. Hopefully an online multiplayer mode can be added in the future — if not, one can always dream, right?

Pinball fans, or anyone looking for a fun new arcade game, should check out PinWar on the iPhone and iPad. It’s available for only $1.99 in the App Store. 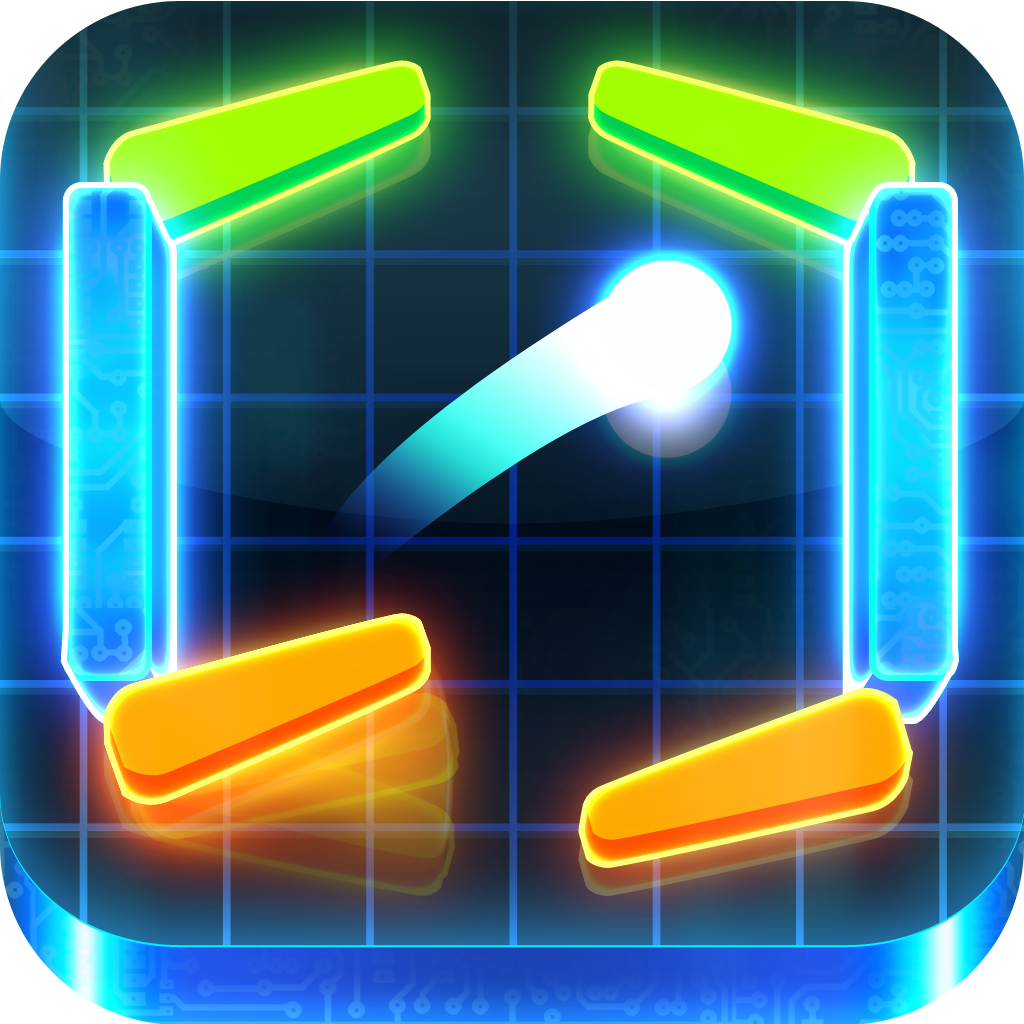 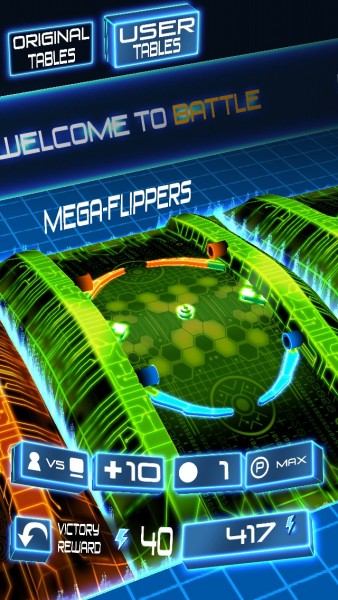 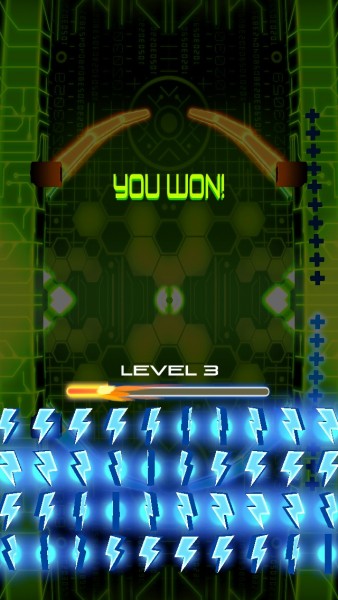 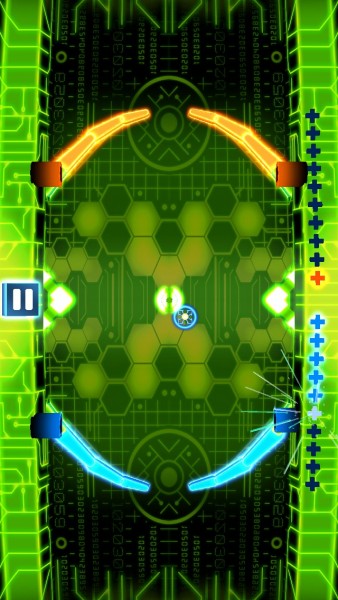 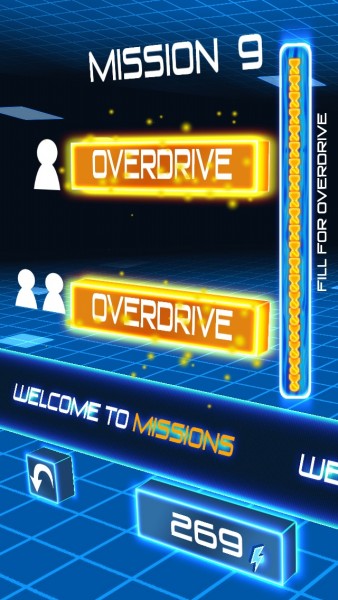 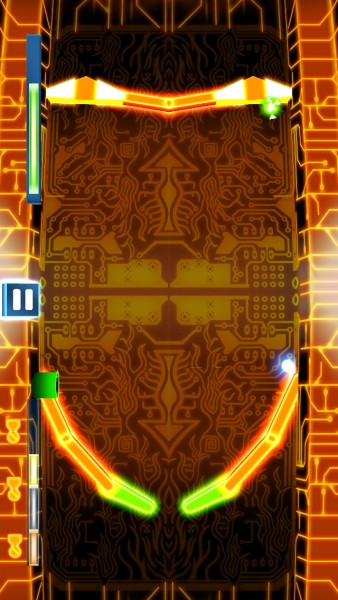 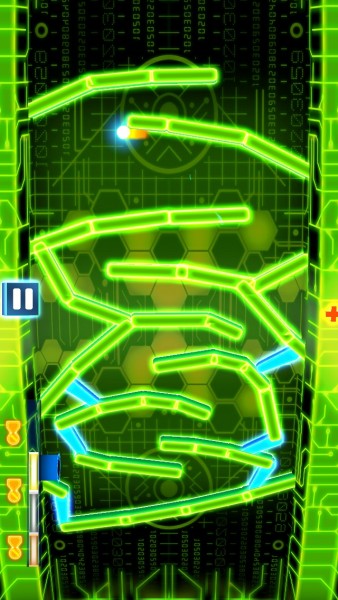 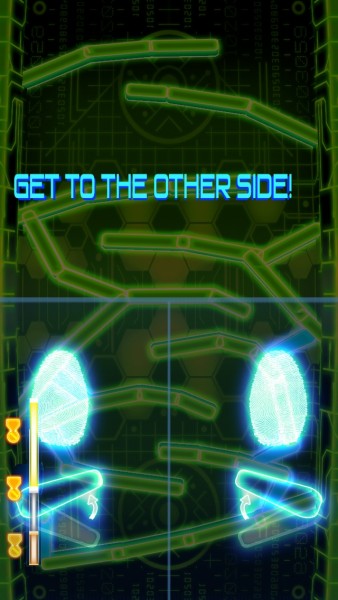 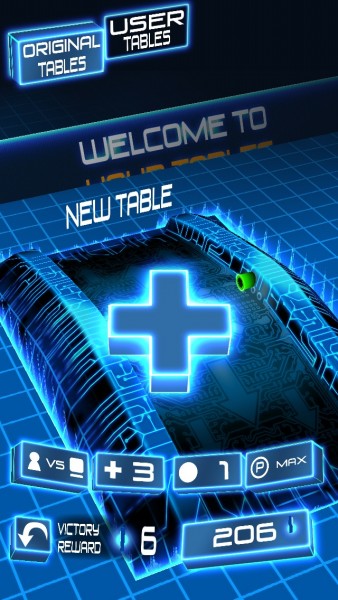 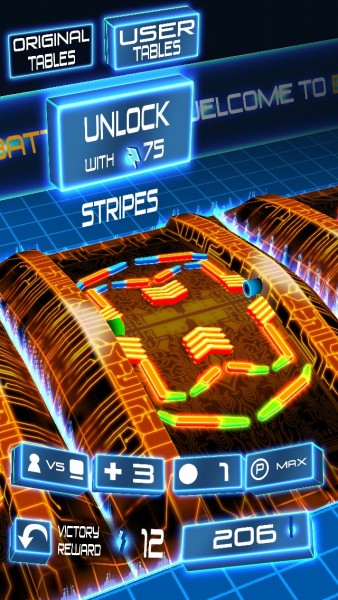 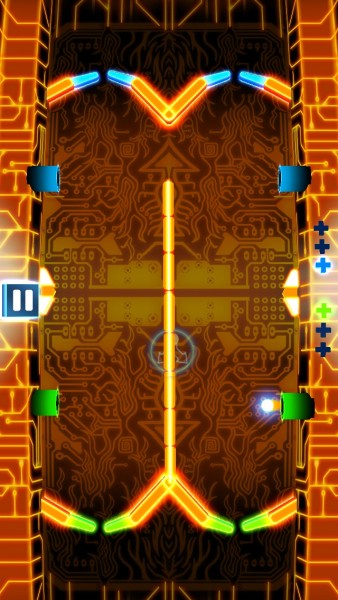 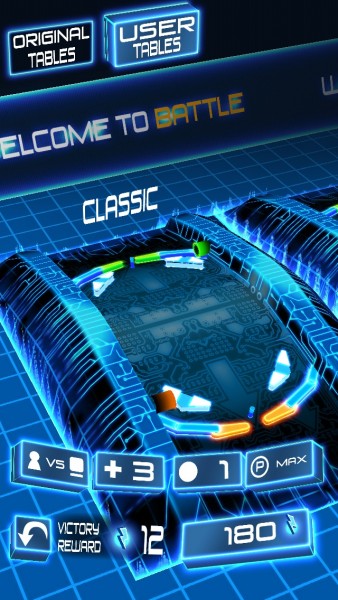 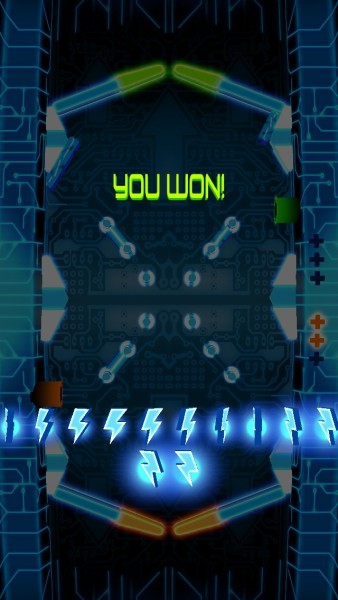 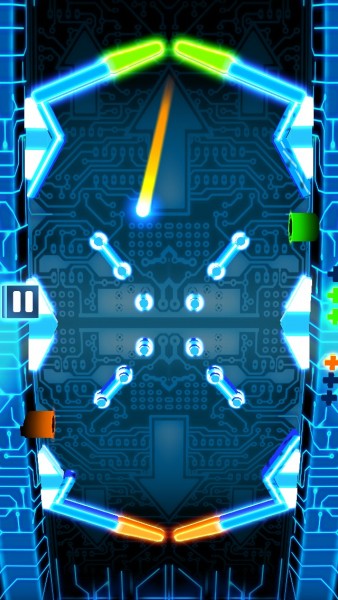 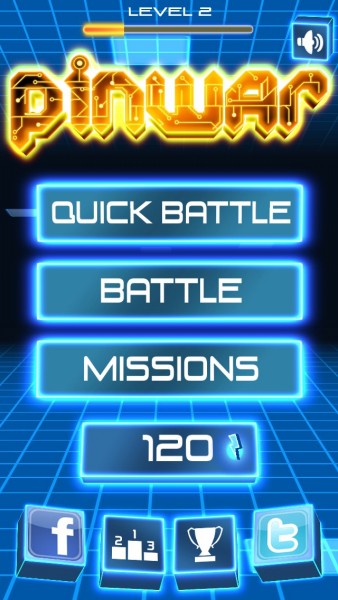 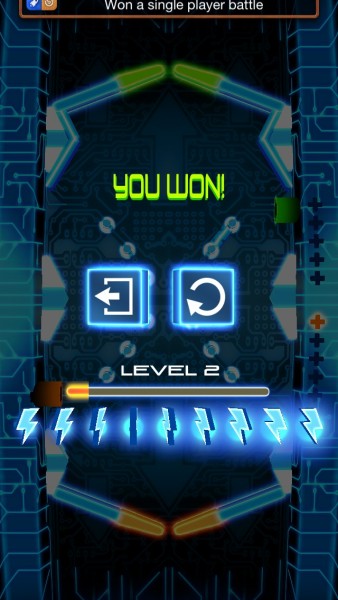 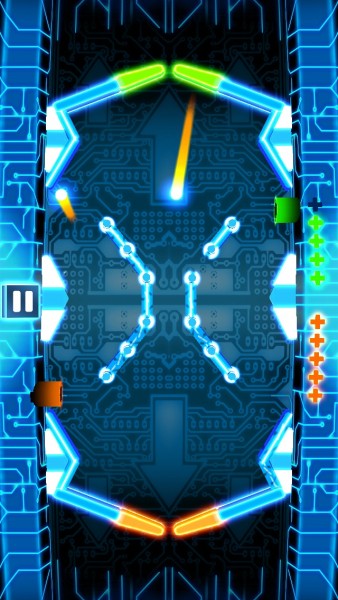 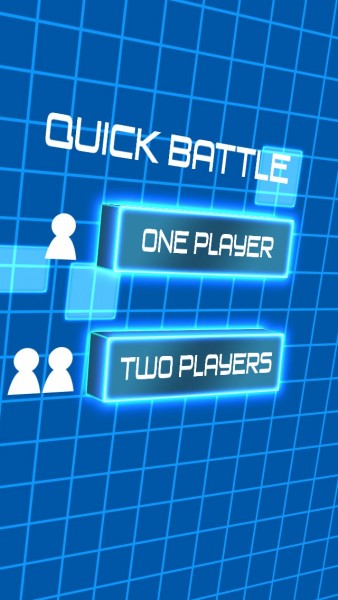