You are using an outdated browser. Please upgrade your browser to improve your experience.
by Daniel Celeste
October 4, 2013 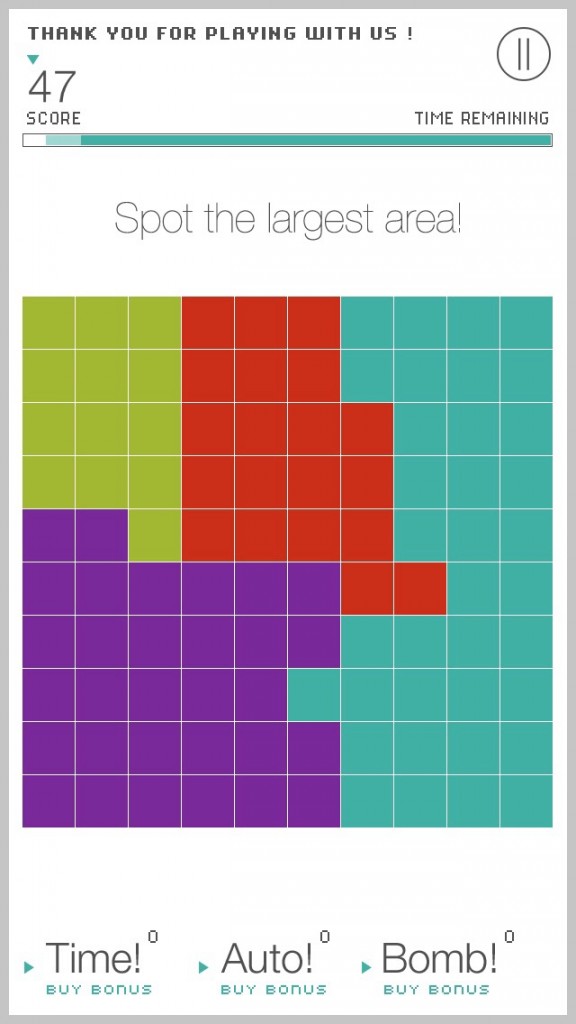 Quads (Free) by Stars Projekt & Event GmbH may appear to be another one of those shape games where you match colors or collapse boxes, but it's actually much more than this. It showcases a concept that I've never seen before, and because of this, I'm really enjoying it. I think you will too. 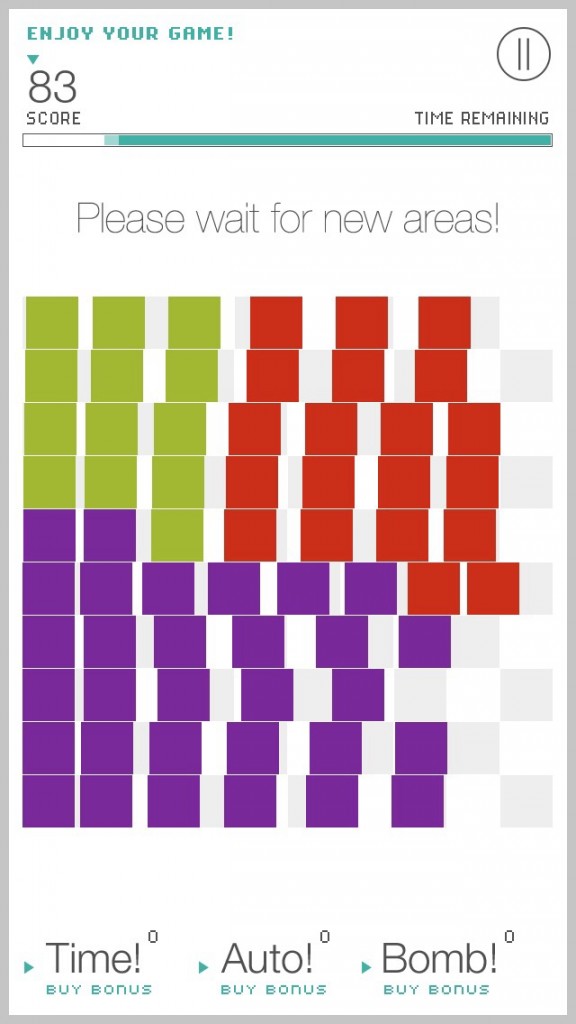 Quads is played on a 10-by-10 grid, where four sections will be colored differently. All you have to do is identify which color consumes the largest area of the grid, and tap on it. This color will disappear, and the board will shift around and refill itself. However, each time this happens, the correct color will become less apparent. You could always sit and count the squares of each color, but who has time for that?

In fact, even if you think you have time to tediously count, you actually don't. There is a time limit in the game, and the only way to increase it is to choose the largest area as quickly as you can. Eventually, the timer will always run out.

Since Quads is a free universal download, there are some in-app purchases. Developers have to make money somehow, and although in-app purchases may be irking at times, the ones in Quads add quality to the game, while not being almost mandatory.

In-app purchases can be made to buy more “quads,” which make up the currency in the game. If you buy more quads, you can spend them on power-ups that will give you advantages while playing the game. Advantages include increased time, automatic area removal, and a bomb, which all work how one would expect them to. 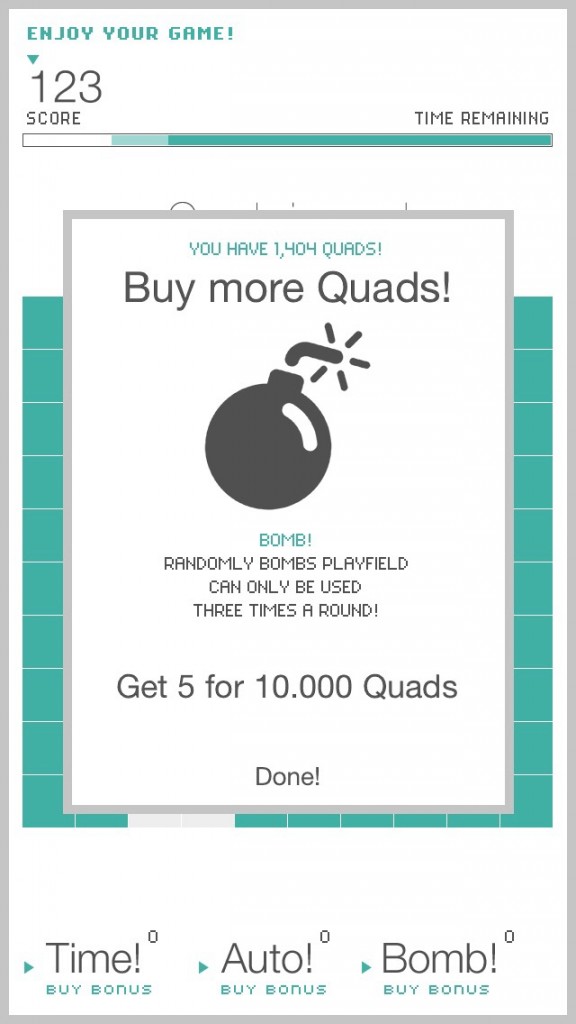 There are so many reasons to love Quads. First, it will challenge your brain, which is always a good thing. Along with this, it's a pretty original game. For me, the best part is that it's one of those games that you can just pick up and play at any time.

Quads is available in the App Store as a free universal download. 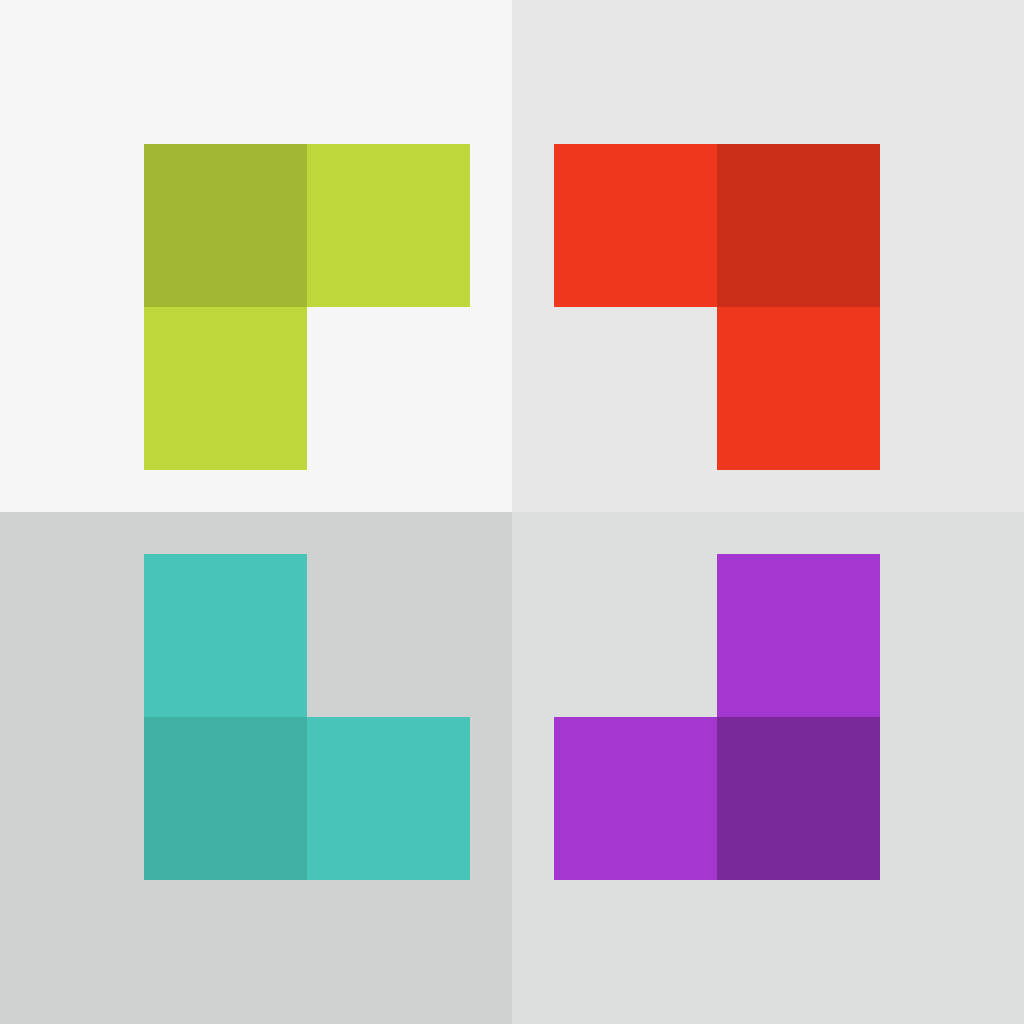 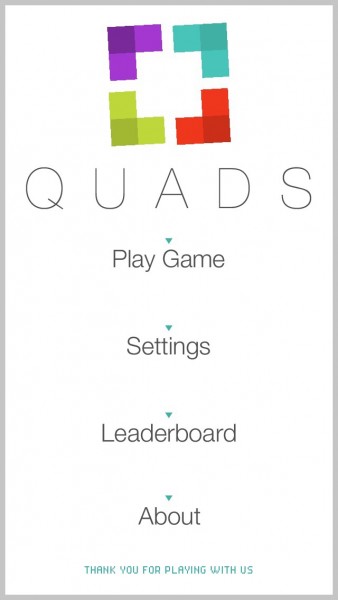 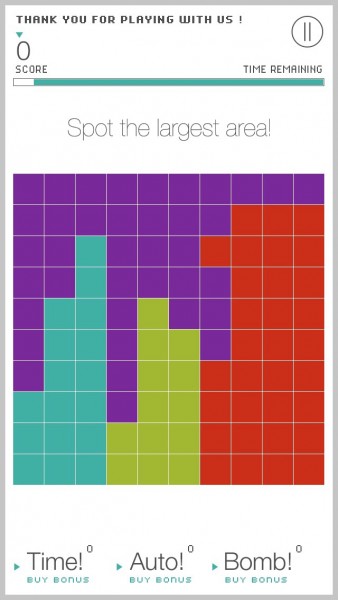 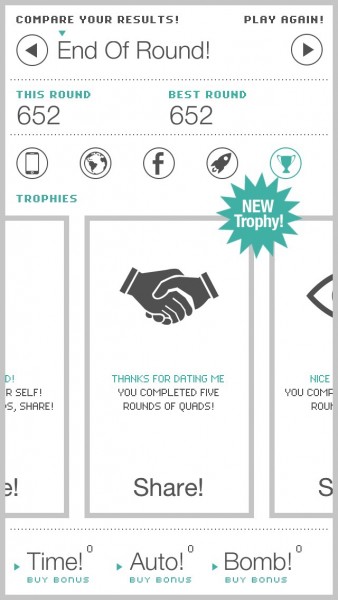 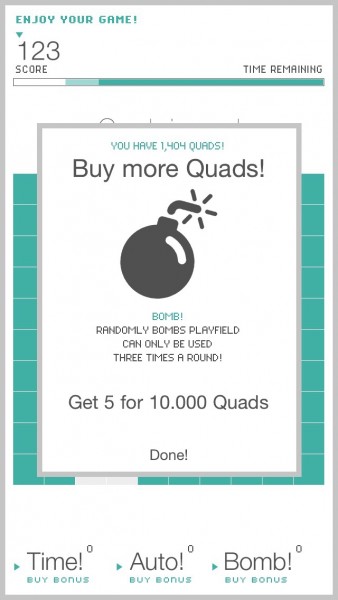 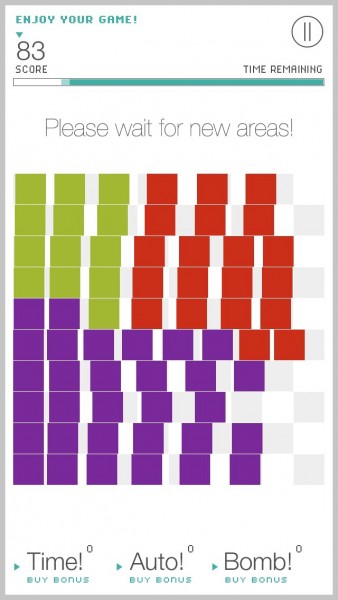 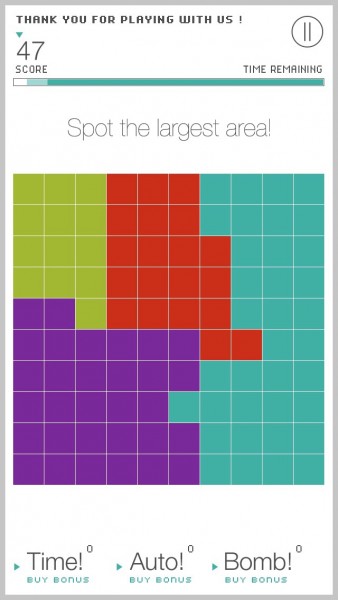