You are using an outdated browser. Please upgrade your browser to improve your experience.
by Christine Chan
March 28, 2014 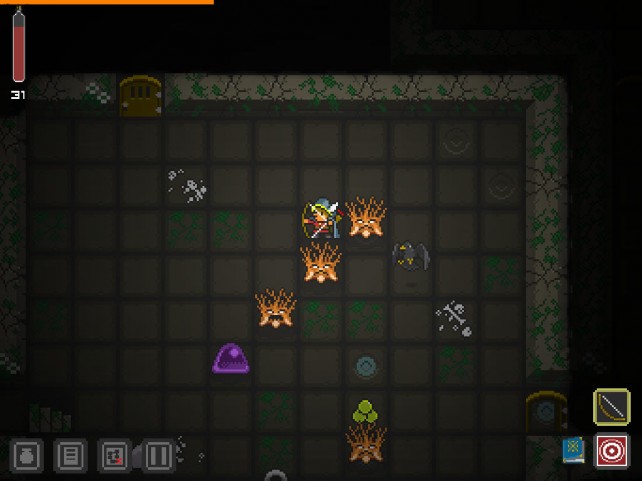 Quest of Dungeons ($1.99) by David Amador is a roguelike, turn-based dungeon crawler game that is similar to other titles like Dungelot. If you enjoy challenging adventures where permadeath can happen very frequently, then you will love Quest of Dungeons.

I’ve been on quite a dungeon crawler kick lately, probably due to Diablo III: Reaper of Souls. There’s just something about dungeon crawlers with the adventuring and finding loot that keeps me coming back for more, over and over. And I haven’t just been doing this with D3, but I’m always looking for good dungeon crawlers on iOS as well. Fortunately, this week I found Quest of Dungeons, which should appeal to anyone who enjoys difficult roguelikes, dungeon crawlers, RPGs, and retro games. 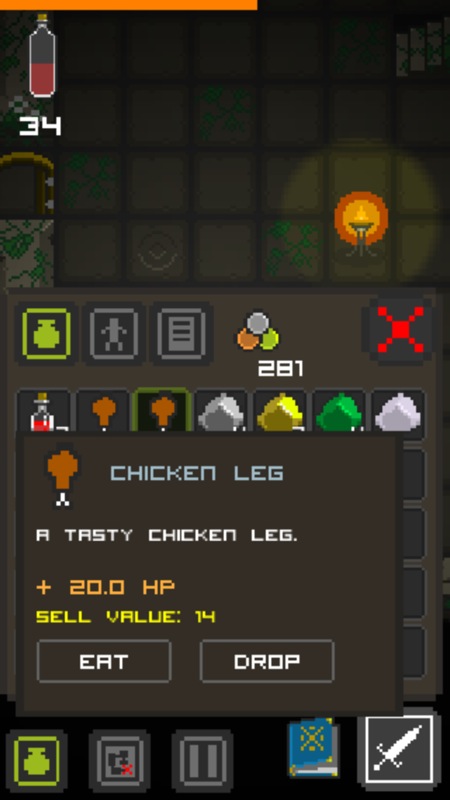 The visuals in Quest of Dungeons follow along in the vintage, 16-bit fashion that may remind you of the older Final Fantasy games, especially the character and enemy sprites. The dungeons are grid-based, but still retain plenty of detail with interactive elements. The game also has some eerie music that will really make you feel like you’re in a dungeon (especially if you have headphones on).

Each game will feature procedural (randomly generated) dungeons and weapons, so you will never experience the same run again. The story starts out with a Dark Lord who has stolen all of the light from the world, and it’s up to you to defeat him. There are four heroes in the story, but you’ll find that the game is also filled with humor, as the other three heroes think the best method is divide-and-conquer, leaving you to venture forth alone.

In the beginning of each game, you can pick one of the four heroes to use as your character for that run: a warrior, mage, assassin, or shaman. Each one will have their own strengths and weaknesses, of course, but with the roguelike factor of the game, you might as well try them all. There are also three difficulty levels (easy, normal, and hard), so that you can pick the challenge that is right for your skill level.

The controls are quite simple and straightforward. You can tap anywhere on the dungeon grid to move there, or use the button at the bottom (with your basic attack) to move by swiping in the direction you want to go. I believe that tapping on a square is faster and more effective, but it’s up to you.

Each hero type will also have their own special attack, which can be used by tapping on the button underneath the basic attack. You can also view all of your acquired skills or spells with the spellbook adjacent to the special attack button, and select the one you want to use by default. Regardless of a basic or special attack or spell, you will need to select a target first, which is done by tapping on them when they appear.

Tapping on objects allows you to interact with them, whether it’s breaking things or collecting loot. You can view your current inventory by tapping on the button with the bag, and select an item to use or drop it. This is also where you will go if you want to view your current character stats or quest log (new quests are made available as you explore). 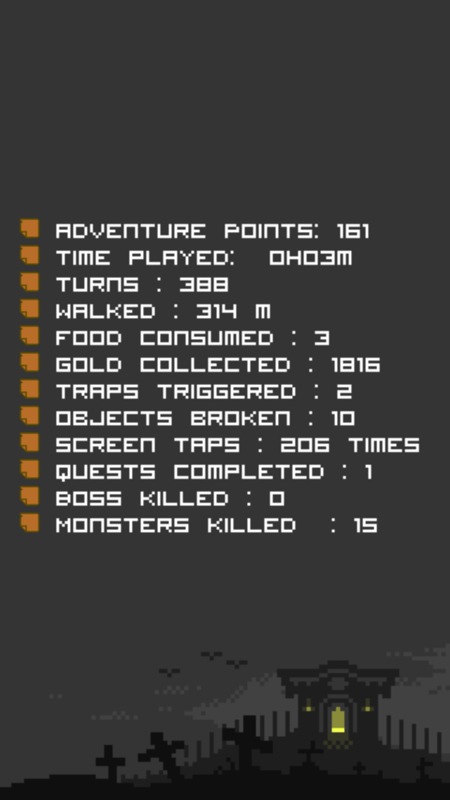 If you get lost, you can open a map, which shows you which room you’re in and where you’re supposed to go. There’s shops available, though you’ll need to find them first, so you can buy and sell weapons and items to help you survive in the dungeon longer.

Enemies will spawn randomly, and you will have to deal with unplanned boss battles as well, since they will show up whenever they feel like, so be prepared.

While the game is a roguelike, you can save at any time and continue with it later if you need to. There is also Game Center integration for competing with your friends with adventure points.

I’m really enjoying Quest of Dungeons so far, even though I’m dying quite a bit. But that’s part of the fun with these games, so I don’t recommend growing attached to any character for too long. This is a game that will definitely appeal to anyone who is a fan of roguelike games, dungeon crawlers, and RPGs.

For some people, the game may seem a bit too easy, but I found the challenge level to be fairly reasonable, but perhaps increased difficulty could be something the developer can consider. I’d also like to see a dedicated d-pad or something for movement, rather than having to use the attack button to move one square at a time.

Still, I recommend checking this game out if you’re a fan of any of the mentioned genres. You can get it on the App Store as a universal download for $1.99. 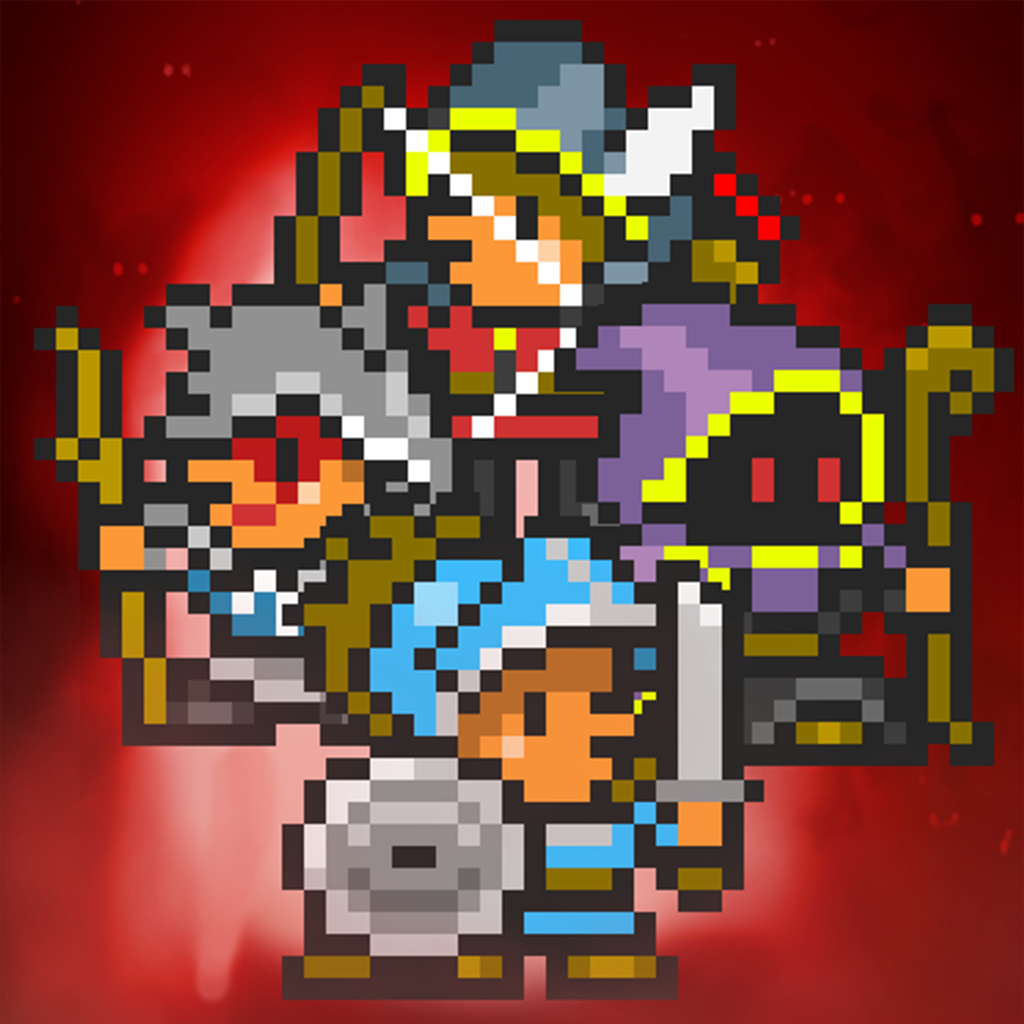 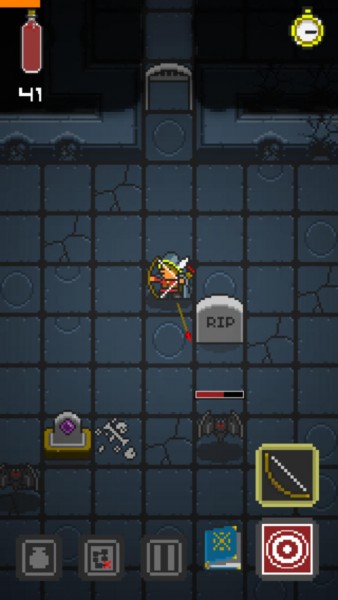 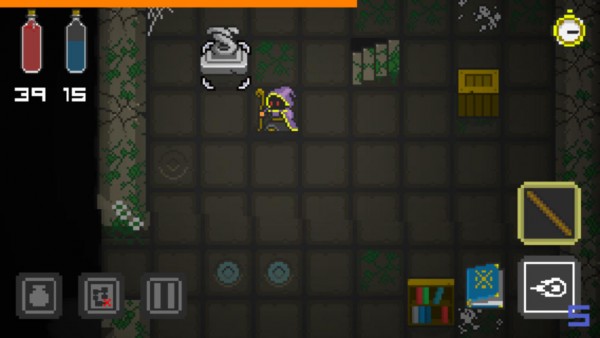 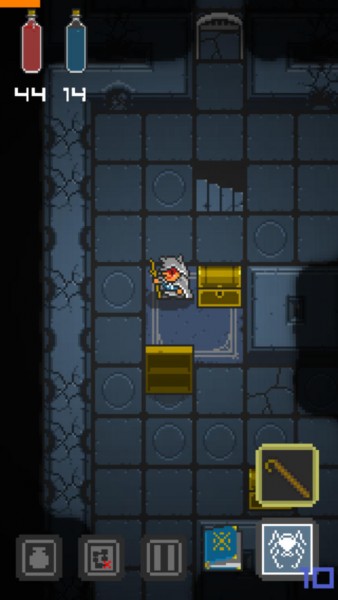 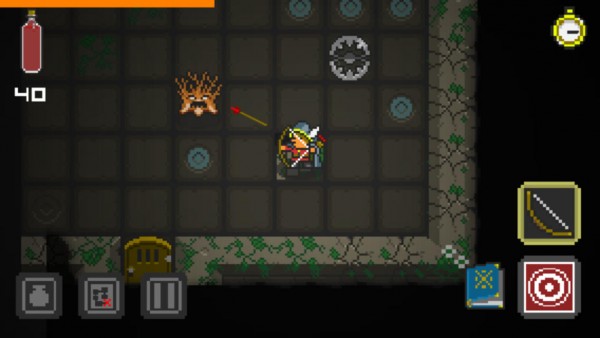 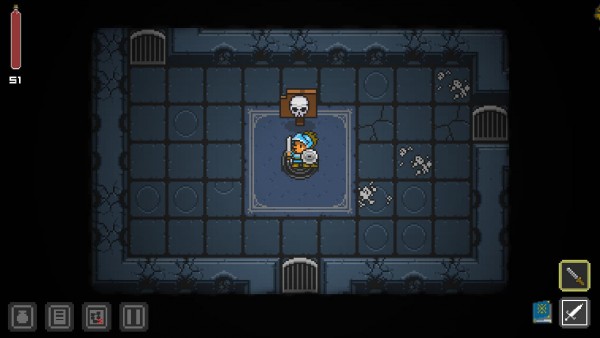 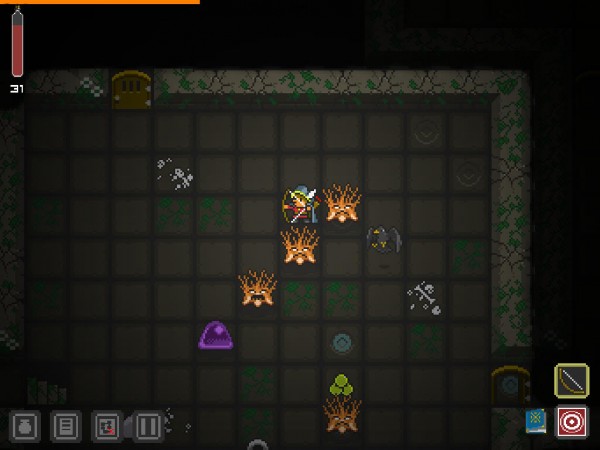 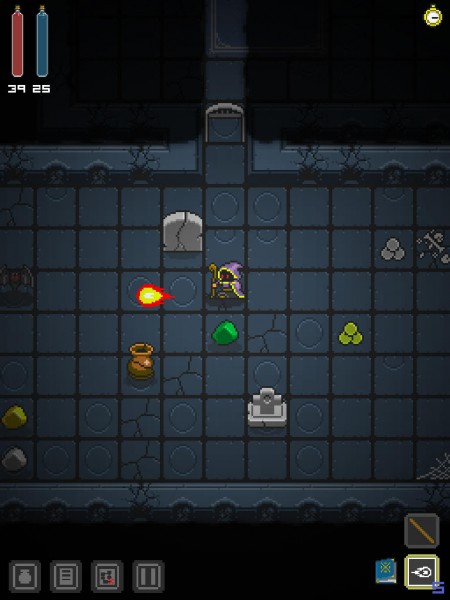 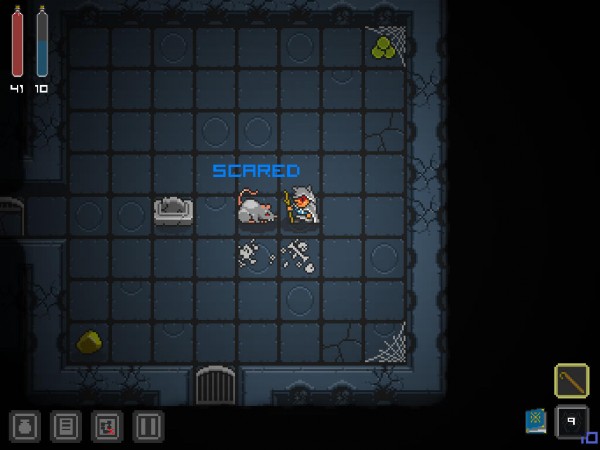 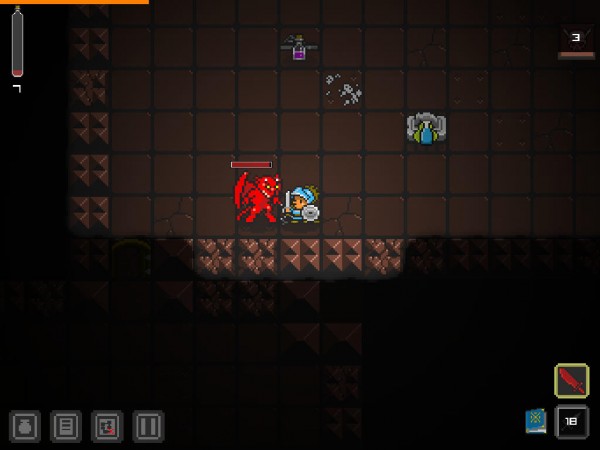 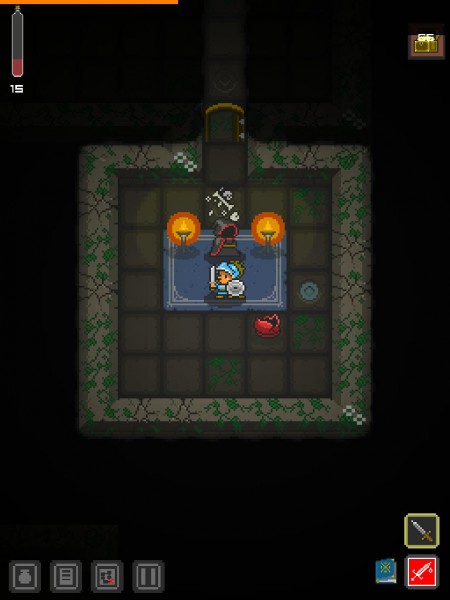 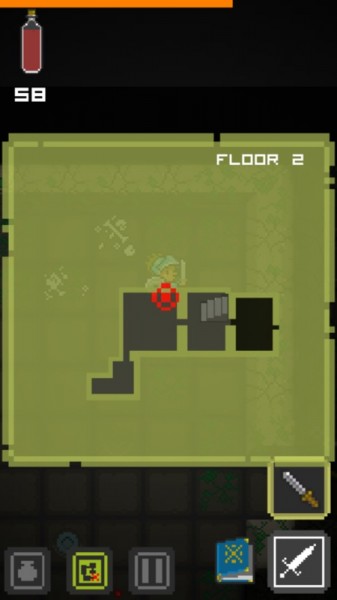 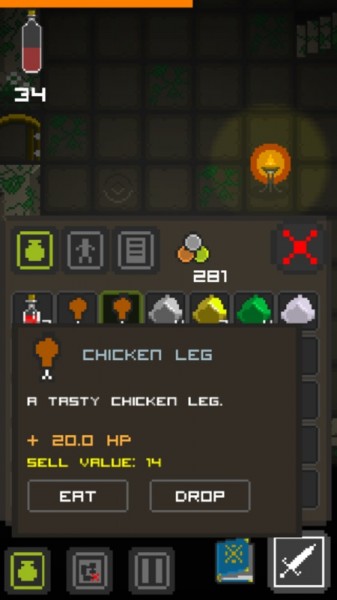 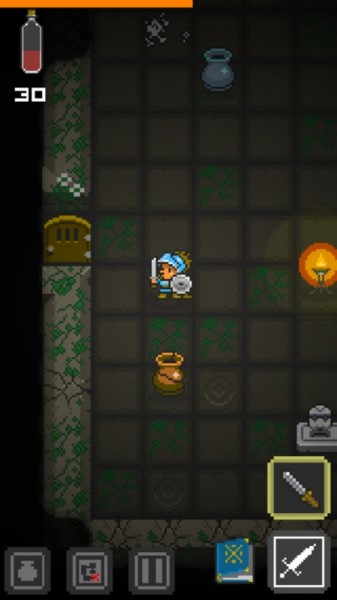 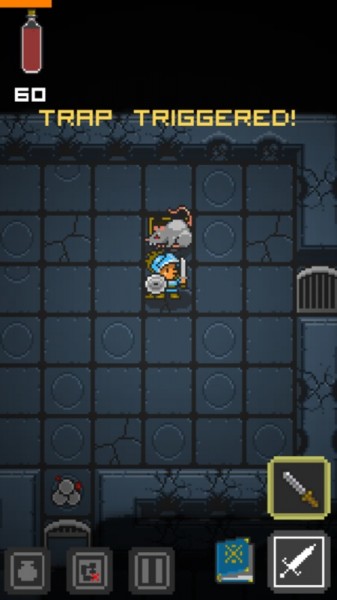 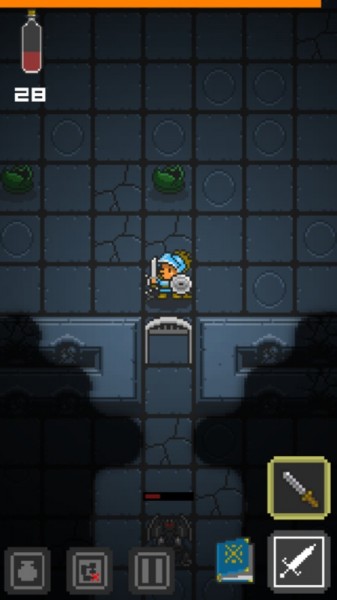 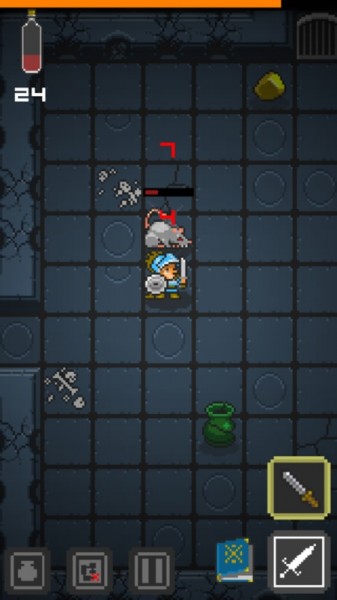 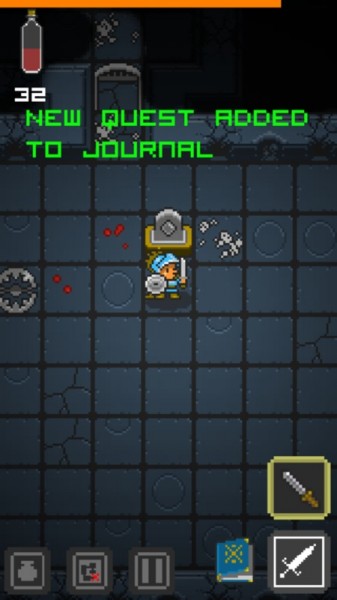 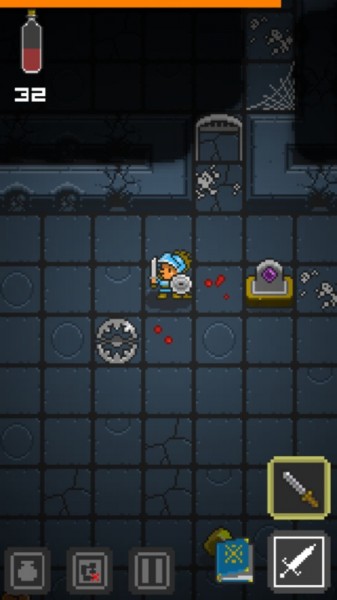 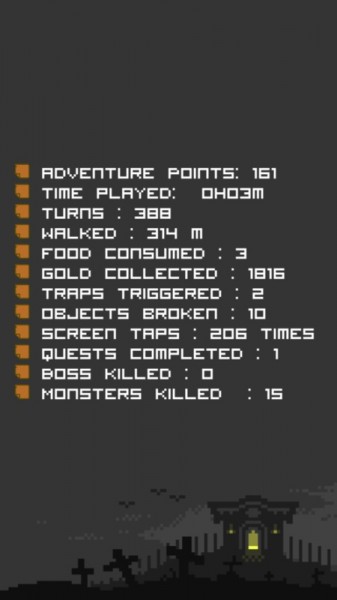 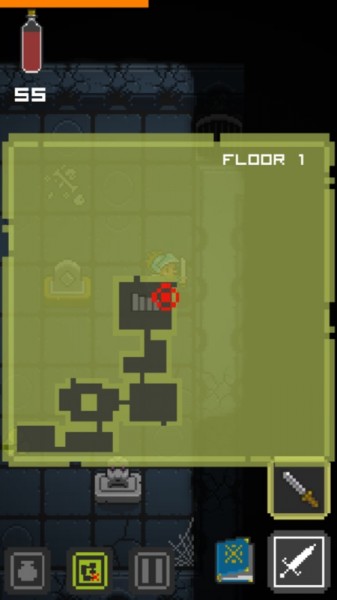 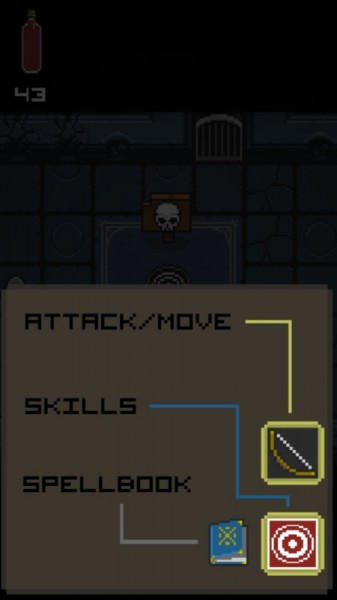 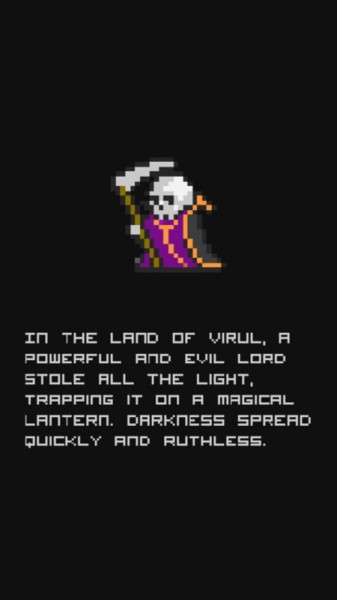 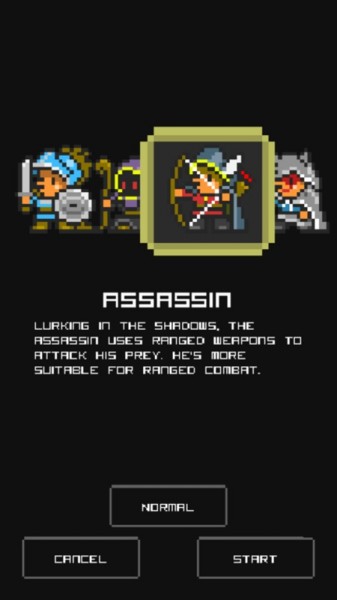 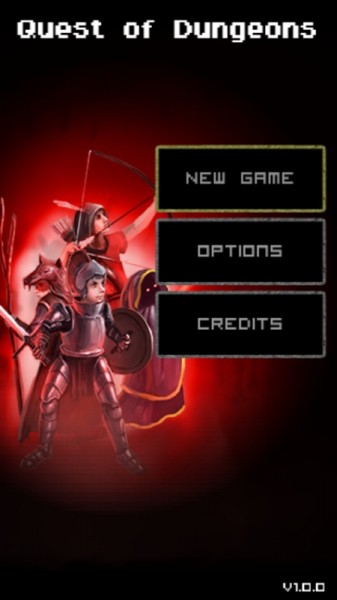