You are using an outdated browser. Please upgrade your browser to improve your experience.
by Katy Zane
October 6, 2013 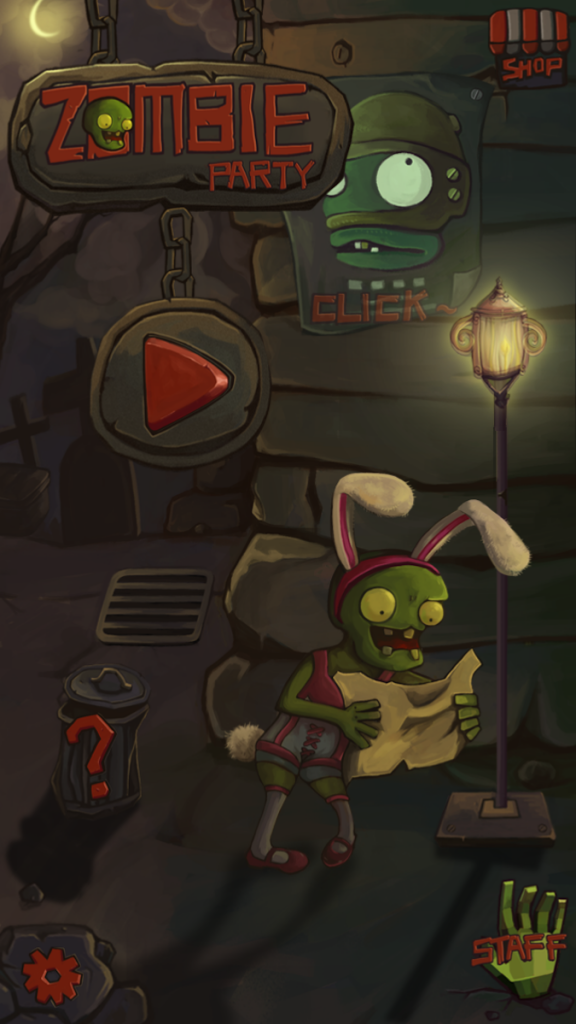 ZombieParty Free (Free) by Xin Li is a strategy game where you create new zombies by combining weaker ones. This is one of those games where it’s tough to describe what’s going on, but if you jump into the action, you catch on to the rules and gameplay quickly. It’s all about placing skulls and zombies so that you can make better ones. 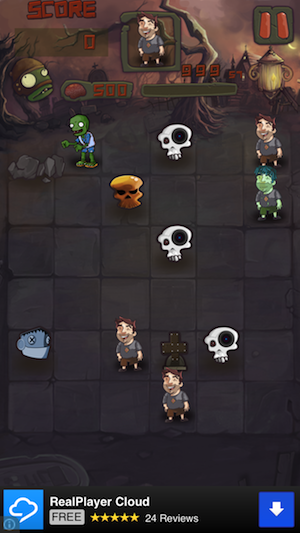 The lowest character is a human. This game is called “Zombie Party,” so you know that he’s not going to be counted among the living for long. As soon as you arrange three humans on the board together, they turn into one zombie.

However, he’s not a very impressive zombie. If you merge three of those zombies together you unlock a new zombie. You goal is to continue to make groups of three matching zombies to unlock as many of them as possible.

Although it sounds easy to arrange three matching types on the board, it’s actually pretty difficult. You’re also using skulls at the same time. It’s common to not have any room to put three matching characters together because a skull or a zombie is in the way.

You have a time limit for how long you can play. This timer counts down as soon as you begin to play. When the timer runs out, you can use brains to buy more energy, or you can wait patiently for the timer to increase.

There are also ads that run at the bottom of the screen during gameplay. However, they’re barely noticeable. I also couldn’t find an option to remove the ads 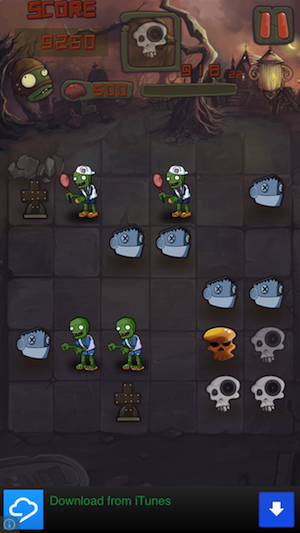 Although the concept of arranging three of a kind on a board sounds simple, the game is ridiculously challenging. There are tombs that sometimes block your ability to place zombies where you need them. There are two different characters, skulls and zombies, occupying the same board. The best way to get a feel for this game is to just jump in and enjoy it.

ZombieParty Free is a universal app, and it’s available in the App Store for FREE! 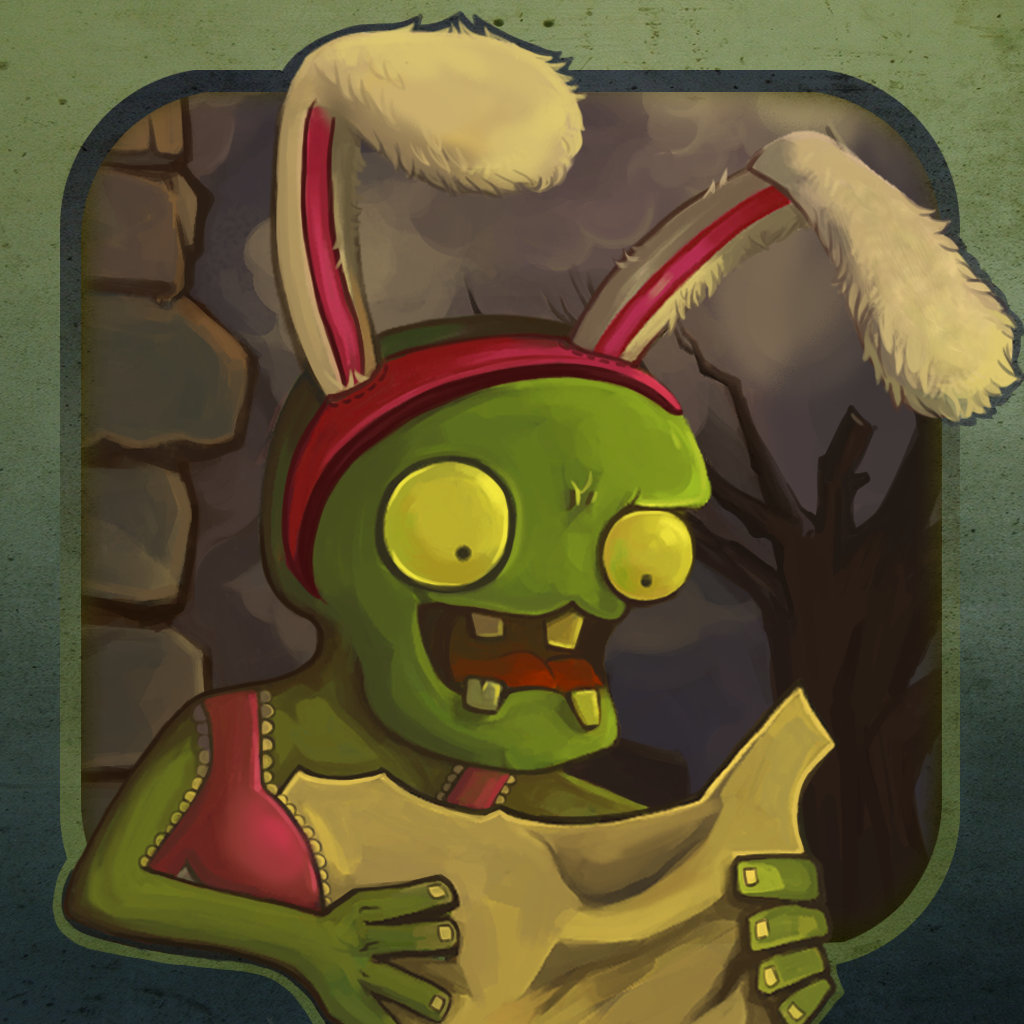 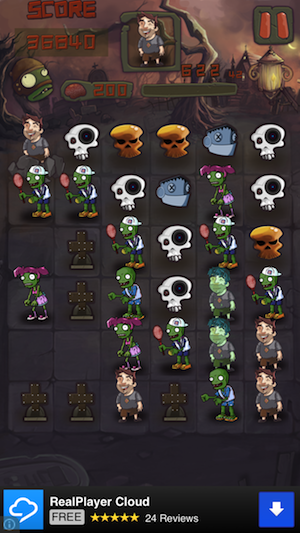 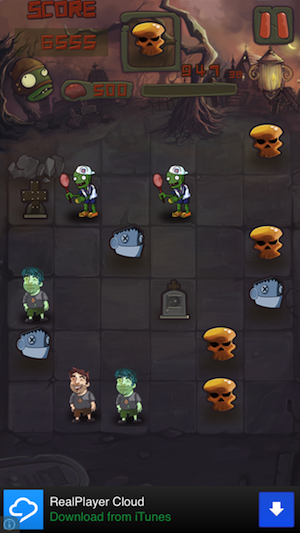 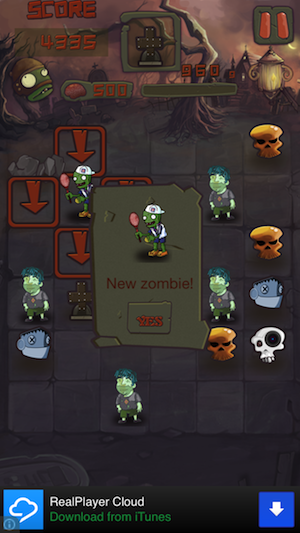 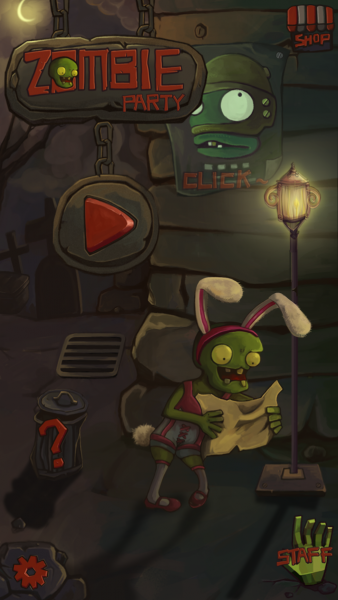 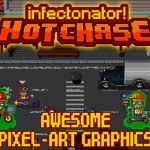