You are using an outdated browser. Please upgrade your browser to improve your experience.
by Katy Zane
December 6, 2013 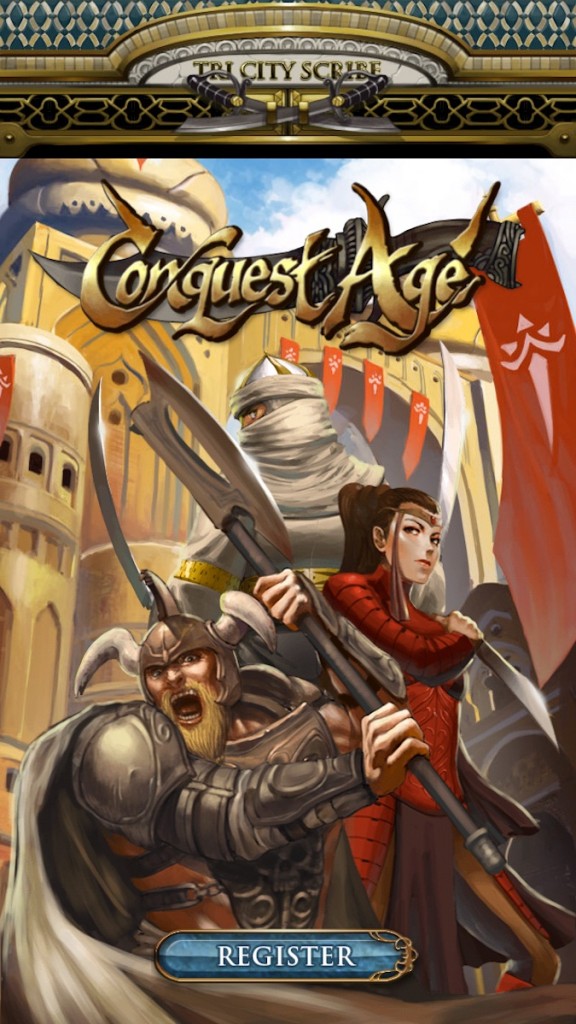 Conquest Age (Free) by Marvelous Games is a role playing game that focuses on battle. In my experience, there are two types of RPGs: those that are driven by plot and those that are based on quests. It’s like the difference between Final Fantasy and World Of Warcraft. This game uses quests to move things along and keep you interested in the game. 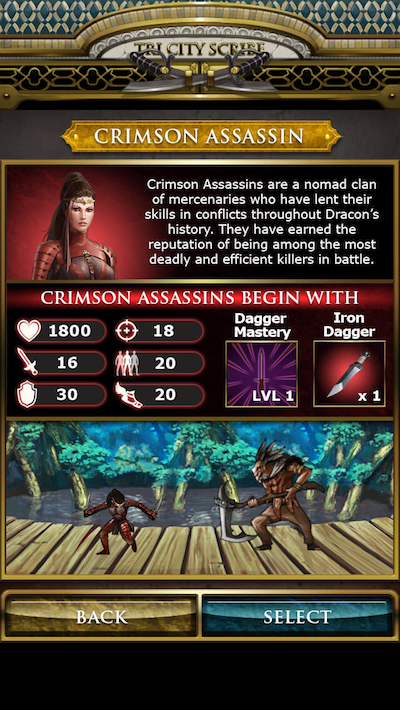 In this game, your quests are to battle your way through seven regions in the Dragon Peninsula. Each region has a series of sub-levels that you need to clear as well.

To fight, you need to spend 10 stamina points. You can fight, block, or evade. To attack or evade uses points from a fight meter. This would discourage people from just mashing the fight button. Once the meter runs out, you have to wait for it to refill before you can attack. In the meantime, all you can do is block, and blocking stops only about half of the attack. It’s not completely effective. Timing attacks, blocking, and evading maneuvers are important.

Typically when there’s a stamina meter, you have to wait for a long time before you can do anything in the game once it runs out. You have to wait for it to refill. While you might not be able to go out and fight, there are other things that you can do in this game. You have a meter that is set aside for exploring areas that have already been conquered. This is a great way to level up, and when you do, all meters are refilled.

You also can fight in the arena five consecutive times before your arena meter runs out. You earn glory and more experience points. This is also a great way to level up. You can also hire mercenaries from this area and have them fight with you.

So, you can fight to claim the region, battle in the arena, and explore completed areas. What else can you do? You can forge new weapons that you find while exploring or strengthen the one that you have. You can also complete side missions.

There are some in-app purchases in this game. There are two different currencies in the game: gold and gems. You can buy both of these in the store in bundles that range from 5,000 coins or 10 gems for $0.99 to 1,000 gems for $99.99. There is only the one bundle for coins. 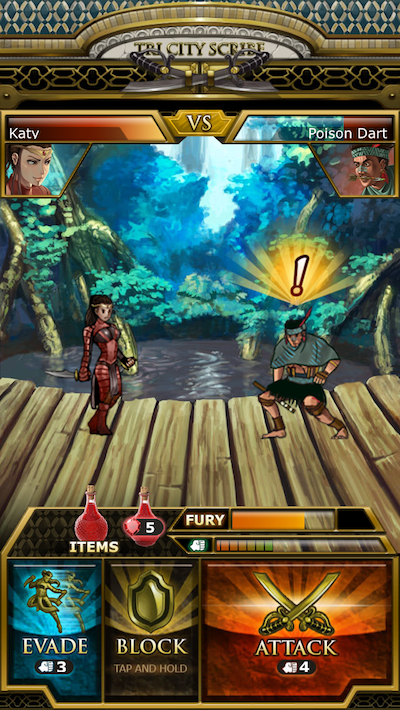 Obviously, there are quite a few things that you can do to keep yourself occupied in this RPG. While there are about four different point meters to keep track of, they allow you to shift to a different activity in the game while the others refill. It prevents that downtime when there’s nothing in the game that you can do, and I thought it was a good idea.

Conquest Age is a universal app, and it’s available in the App Store for FREE! 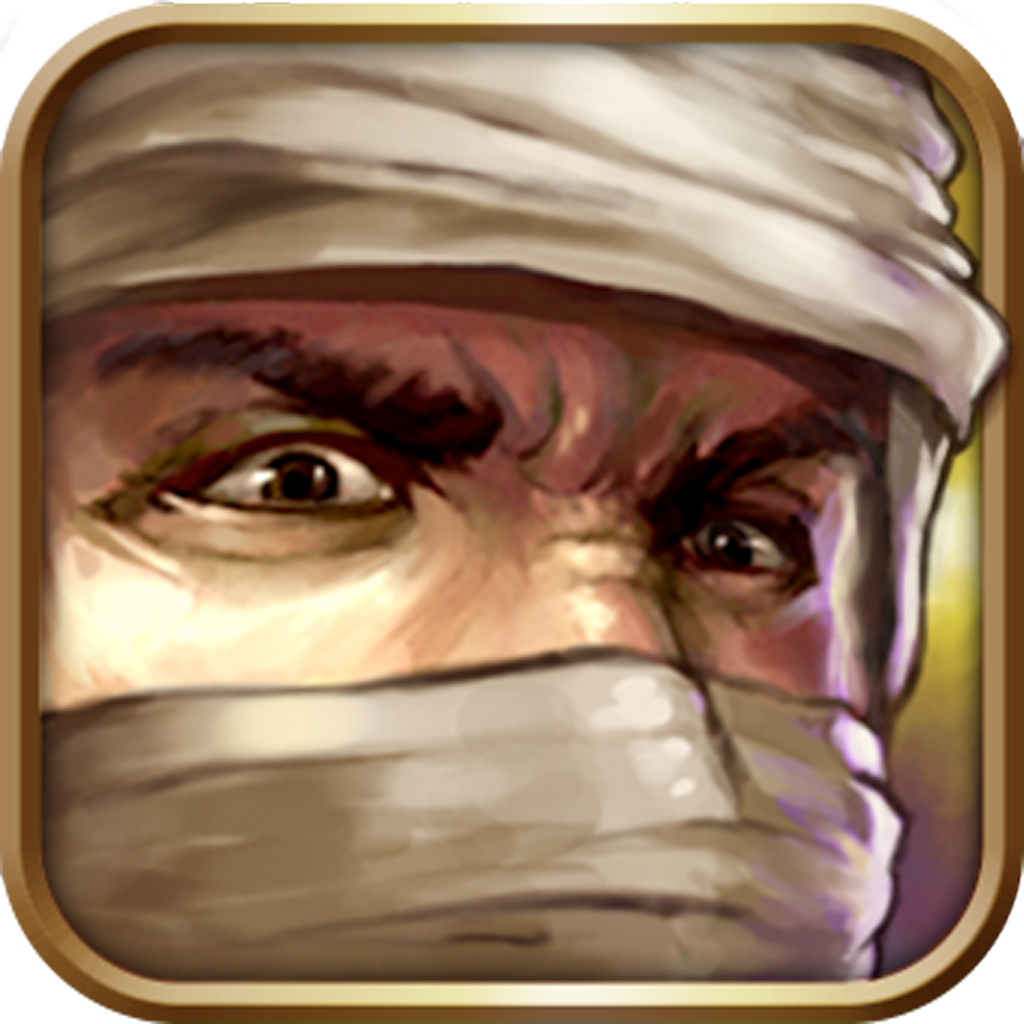 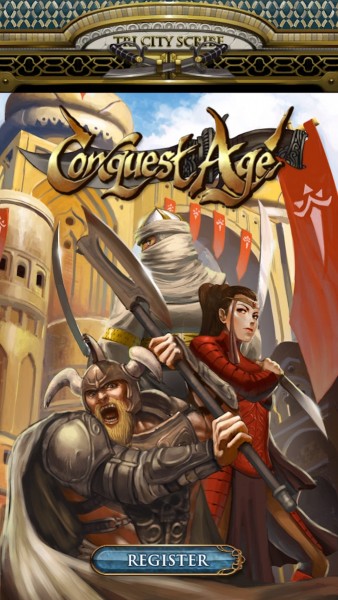 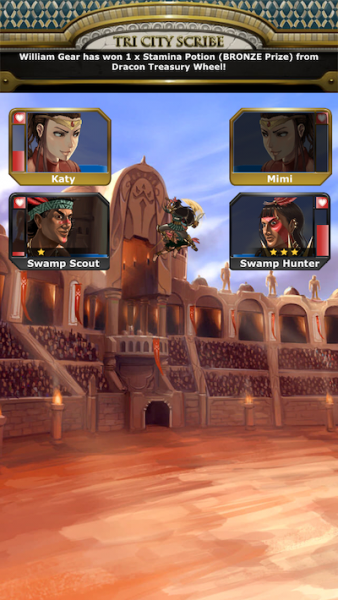 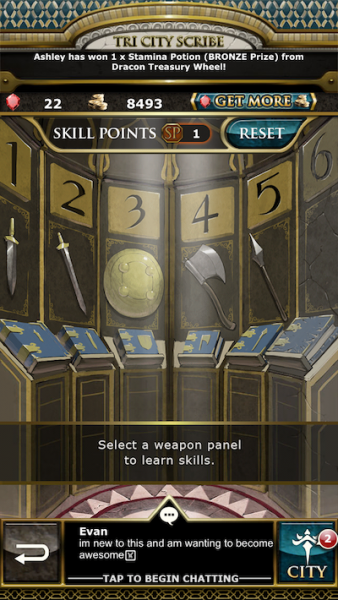 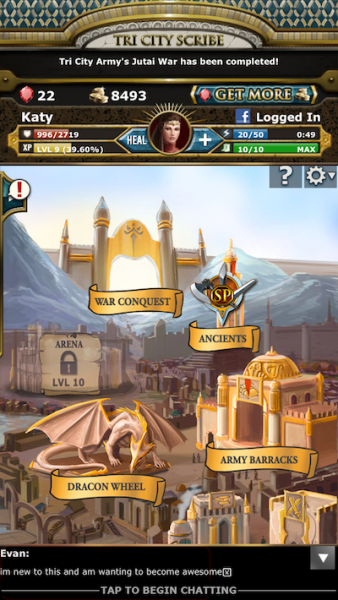 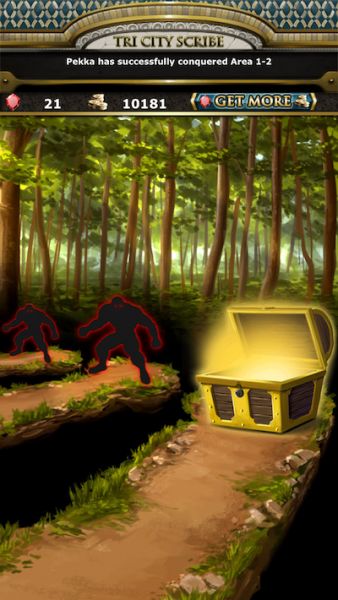 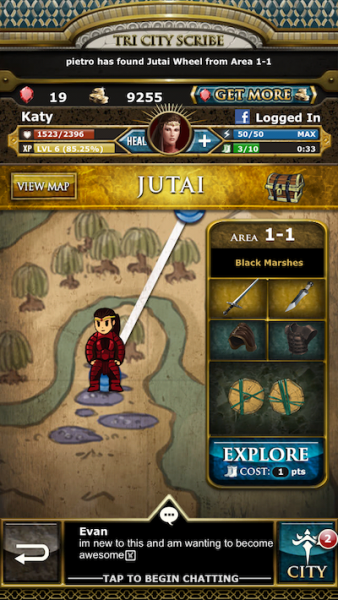 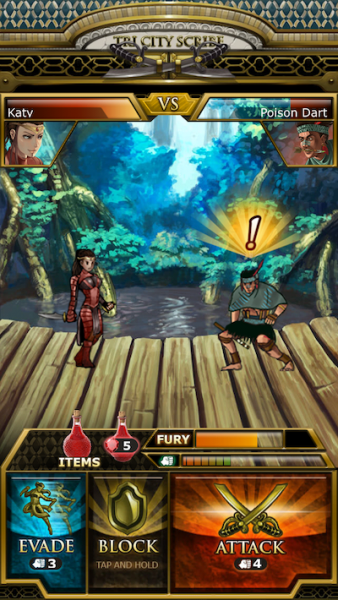 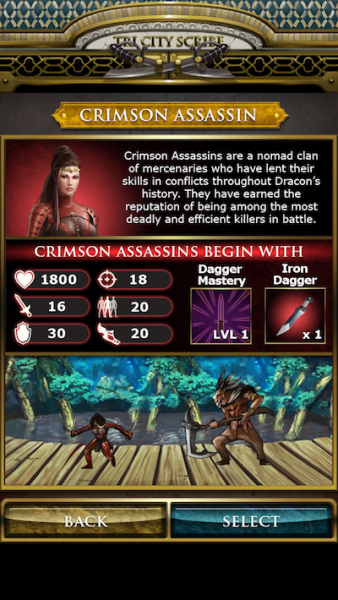