You are using an outdated browser. Please upgrade your browser to improve your experience.
by Kathryn Zane
March 28, 2013 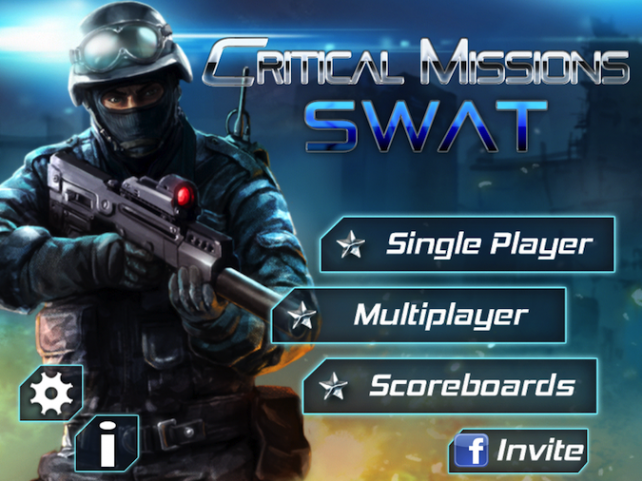 Critical Missions: SWAT ($2.99) by Studio OnMars is a very customizable first person shooter game. You control how many allies and opponents are in the game, which side you’re on, and what weapons you use. 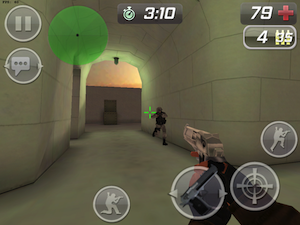 The game features eight different modes of play. All eight are available if you play a multiplayer game. However, only three modes are available as a single player.

There are two teams that you can choose from: SWAT and terrorist. In the classic mode, you can win the game as a SWAT member if you save all the hostages. As a terrorist, you can win by planting a bomb. You can also win by eliminating all of your opponents.

The team death match mode is set up so that there’s no actual winner. Death isn’t permanent. There’s just a scoreboard that keeps track of how many kills you’ve made. This mode is more for people who want to enter a casual fight and quickly immerse themselves in the action instead of battling individual rounds.

In zombie mode, a random player is chosen to be a zombie. Their goal is to infect as many other players as possible. The object of this mode is for the humans to eliminate all the zombies.

Zombie match is similar to the team death match. The only difference is that zombies are added to both teams, and they will help you fight the other side.

Death match mode doesn’t have any teams. It’s every player for themselves. The last player standing wins.

Juggernaut mode begins with the game host having extra speed and health. The goal is for the other players to take down the juggernaut. The player who kills the juggernaut becomes the next one.

Capture the flag mode is pretty obvious. There are two teams, and they’re trying to get their enemy’s flag.

In addition to all these great modes that you can play through, there’s also a wide variety of weapons that you can choose from. There’s a knife, pistol, assault rifle, sniper rifle, shotgun, and grenades. 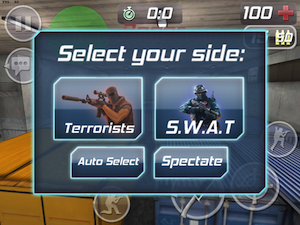 Anyone who enjoys games like Call Of Duty or Halo would probably love this game. I enjoy first person shooters, and I liked how much control I had over the difficulty settings.

Critical Missions: SWAT is a universal app, and it’s available in the App Store for $2.99. 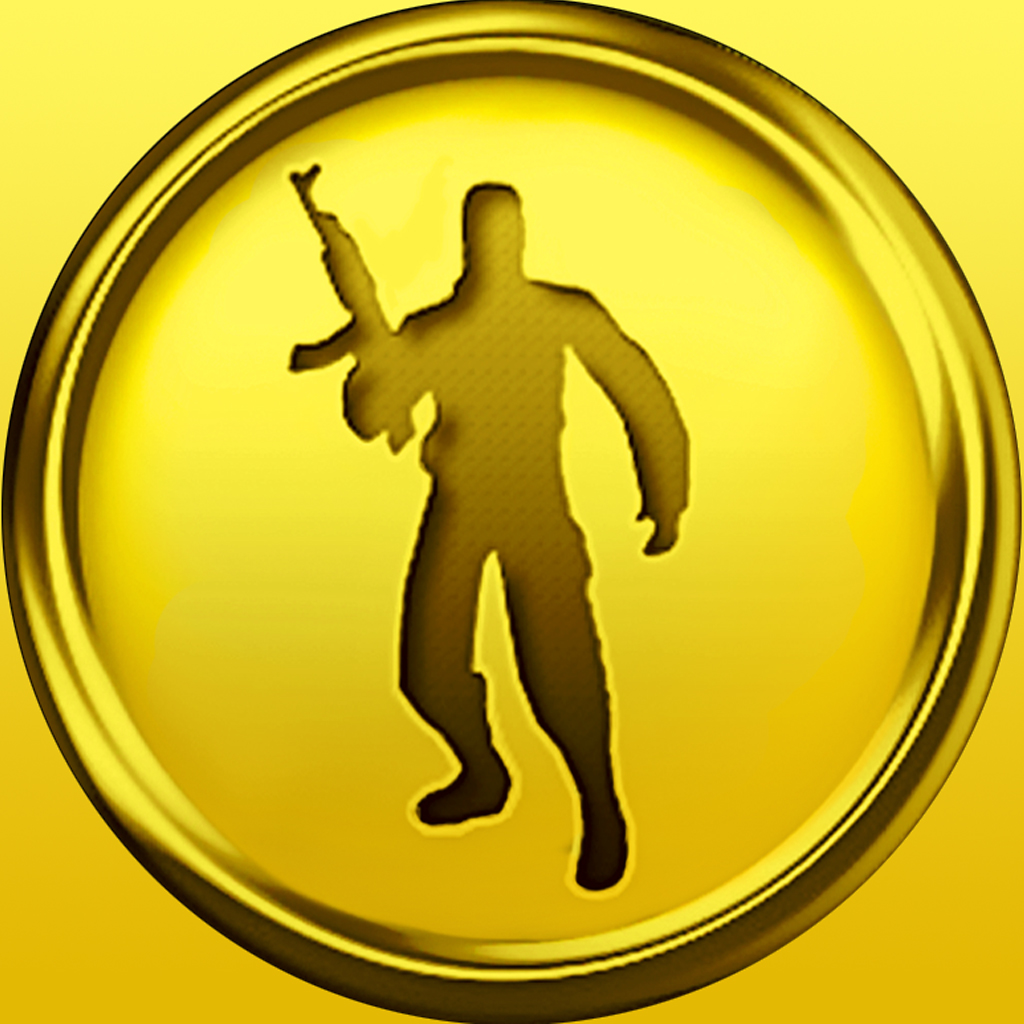 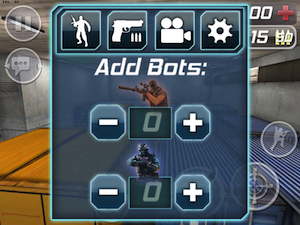 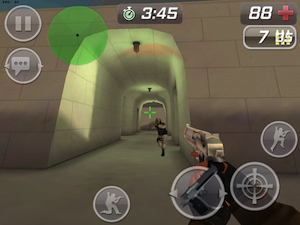 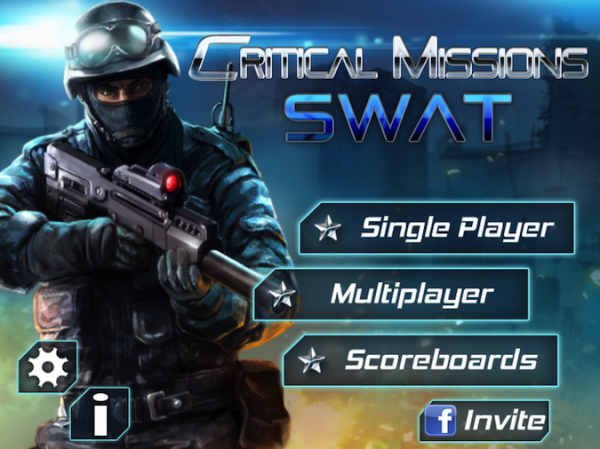