You are using an outdated browser. Please upgrade your browser to improve your experience.
by Kathryn Zane
April 19, 2013 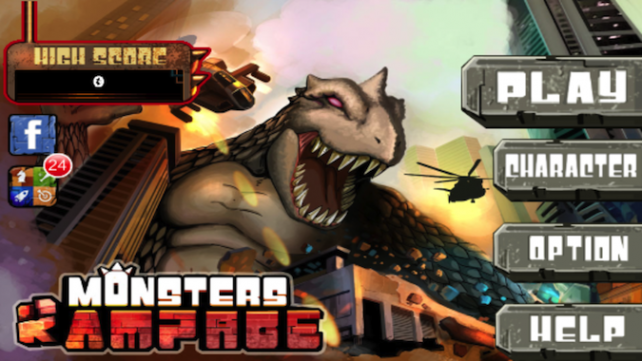 Monsters Rampage (Free) by ADWAYS TECHNOLOGY VIETNAM is an action game that lets you demolish a city with your bare fists. Like Godzilla with a grudge, you’re out to break down as many buildings as possible. You don’t get to just push a button though. You have to work for your demolition. 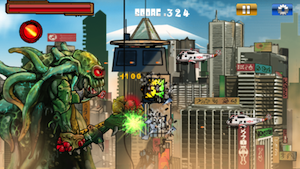 I’m not sure what kind of monster you are. He sort of looks like the result of Cthulhu and Reptar having a baby. I’m also not sure what city he’s tormenting or why. I’m going to imagine that it’s New York City, and he’s upset because three separate Starbucks baristas have ruined his coffee order. That’s cause enough to level the entire city, right?

Unlike other games where you just push a button to punch, this game requires more coordination. You have to tap the left side of the screen to pull his arm back, and then you tap the right side of the screen to aim where he’s punching. You can uppercut buildings to pieces, or you can hammer fist them to ashes. It’s all about your personal preferences when it comes to blasting edifices to bits.

The city is unwilling to let your rampage go unchecked. So what if you want to throw a hissy fit? They’ve called in the military to help take you down. There are helicopters and guards that blast you with bullets, lasers, and torpedoes.

You can unlock other monsters to fight with, but they cost money. There’s a dinosaur that you can buy for $0.99. There are two additional characters, but their screens are chained off, and you don’t see a price for them. I assume that you have to buy the dinosaur character before you can have access to the other two characters. Either way, I’m not a fan of having to spend money to buy characters. I’m satisfied with my strange hybrid monsters. 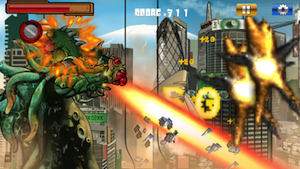 I liked how this game requires you to retract your arm before punching forward. It required more planning than other games. I also enjoyed smashing the buildings that got in my way.

Monsters Rampage is an iPhone app, and it’s available in the App Store for FREE! 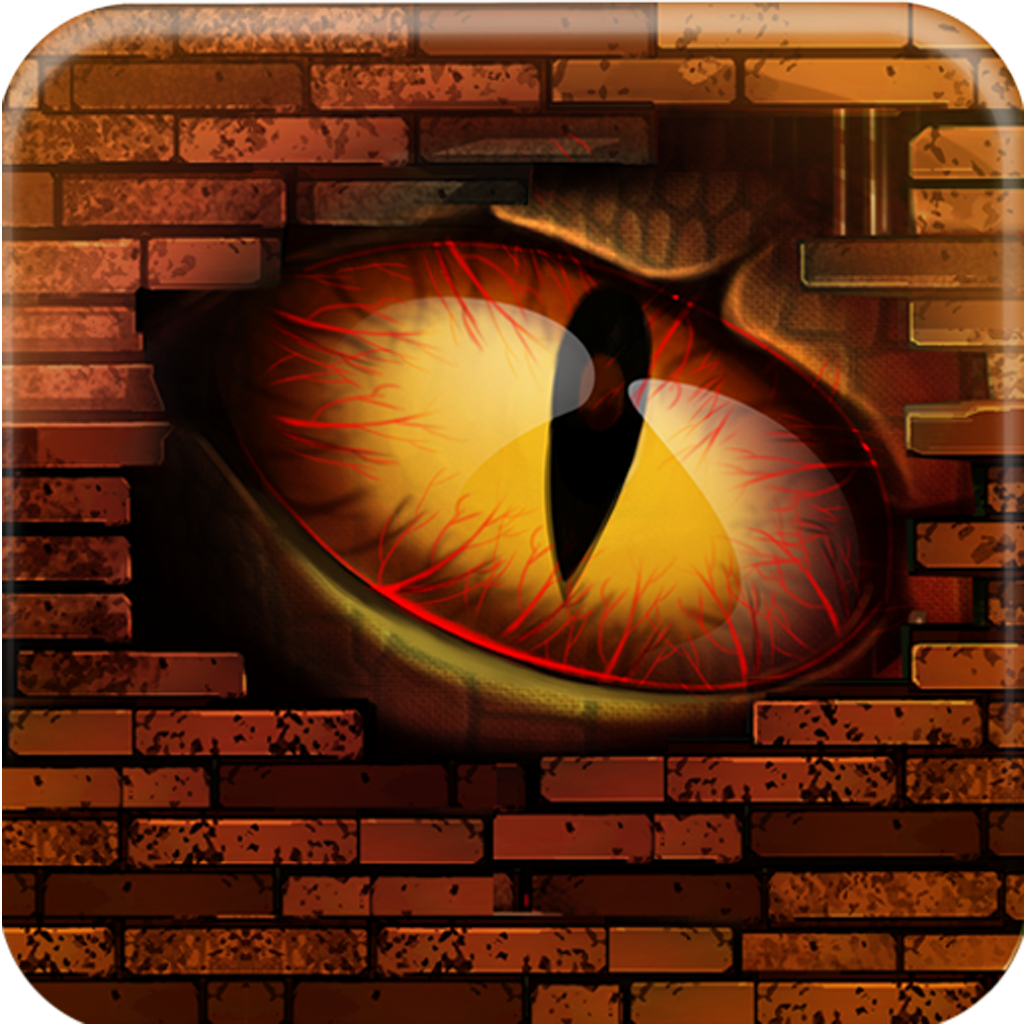 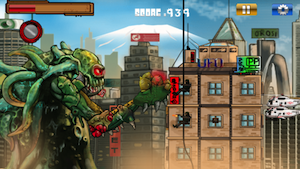 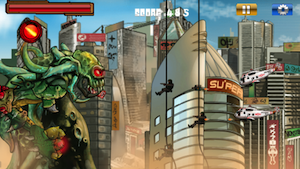 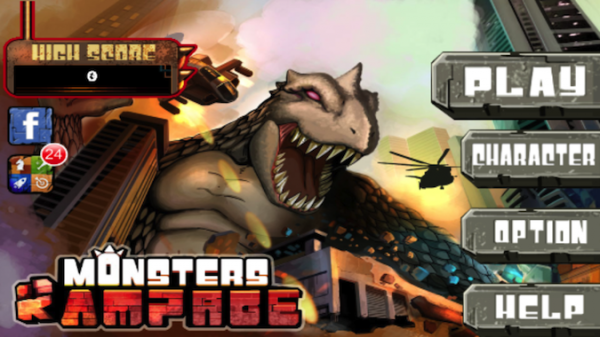