You are using an outdated browser. Please upgrade your browser to improve your experience.
by Katy Zane
January 11, 2014 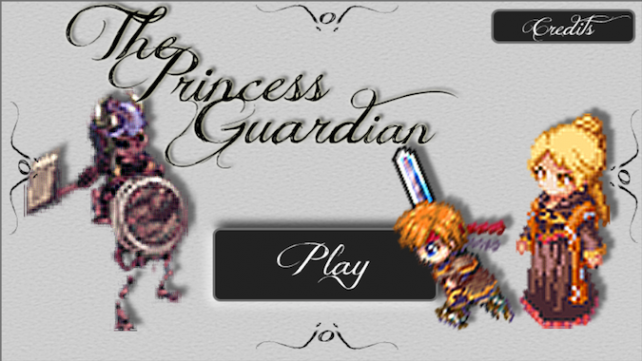 The Princess Guardian (Free) by Matthew Bessey is a survival app that features you, playing the trusted knight, and the princess. The kingdom has become overrun with evil creatures, and it’s up to you to protect the princess at all costs. As the creatures enter the palace room, you and the princess must make a last stand. 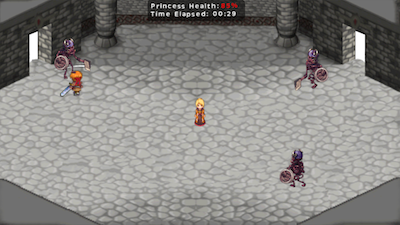 To control the knight, you can move three steps up or down and one step right or left. Just kidding. That’s just a little bit of chess humor there. Seriously, you tap on the screen where you want him to go. If you tap on a bad guy, he’ll attack it. It’s that simple. There aren’t any directional arrows or buttons in this game.

The monsters’ attacking methods are double-edged. The good side is that they aren’t interested in attacking you. They don’t follow you around or pay any attention to you at all. The bad side is that these creatures are completely focused on the princess. She doesn’t move and can’t defend herself.

There are four access points where the monsters enter the room that I noticed. There are two up at the top in the corners, and there are two at the bottom. Oftentimes, the monsters come in groups of four regardless of how many monsters are already in the room.

At the top of the screen, there’s a meter that shows how much health the princess has and how long you’ve been defending her. The princess begins with 100 percent, and every attack that reaches her takes away 15 percent of her health. When the princess runs out of health, the game is over.

You get a rating based on how long you lasted. This rating lets you compare your time to what the app would consider to be a good score. 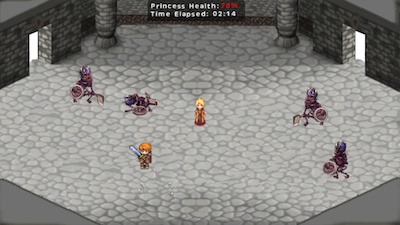 This simple survival app has an awesome retro role playing game feel to it. It resembles the final level of a game where you have to put all the skills you learned into one last fight. The only major difference is that eventually in the RPGs, the princess is saved and all the bad guys are destroyed. In this app, you are always fighting to save the princess. The question is, how long can you last?

The Princess Guardian is a universal app, and it’s available in the App Store for FREE! 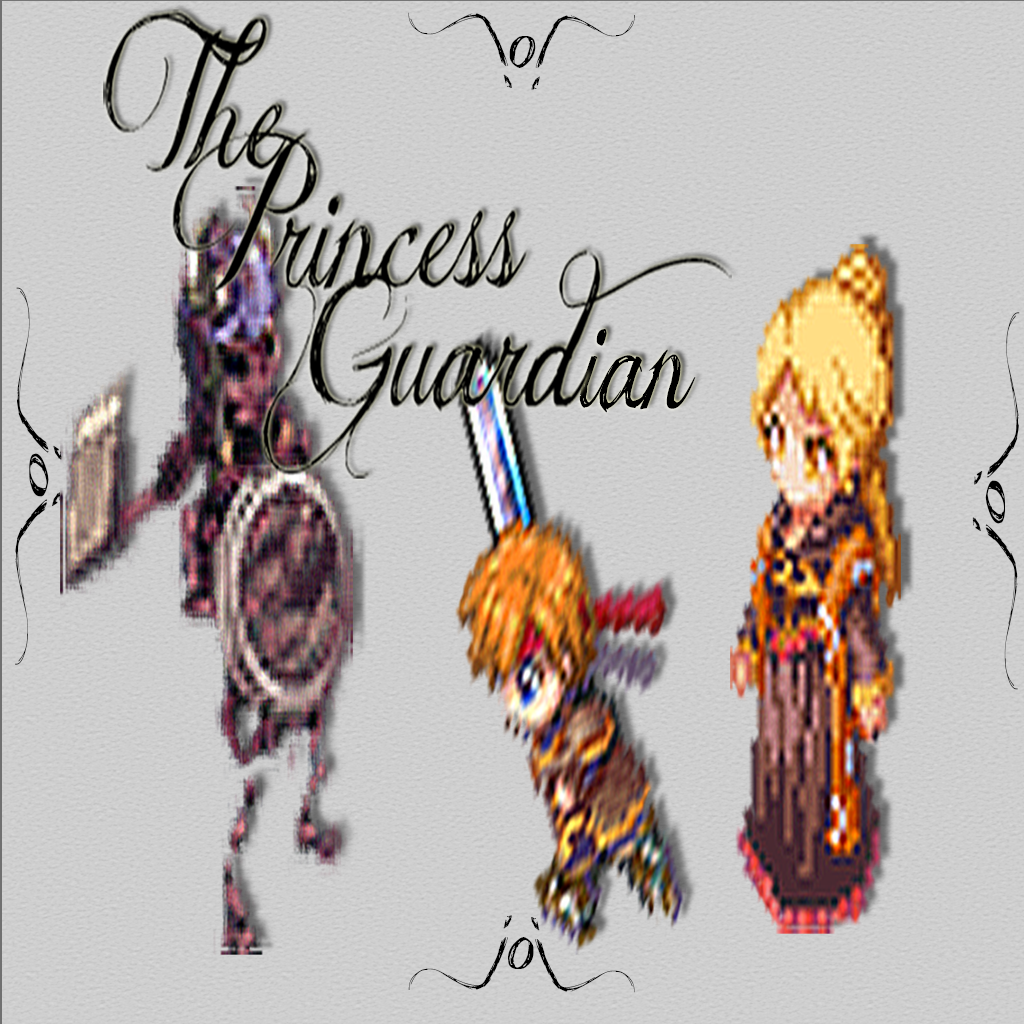 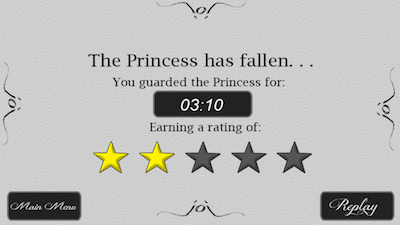 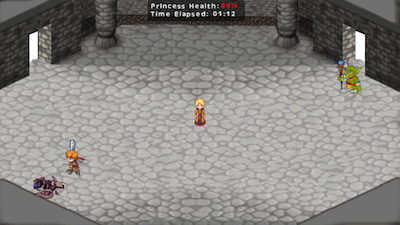 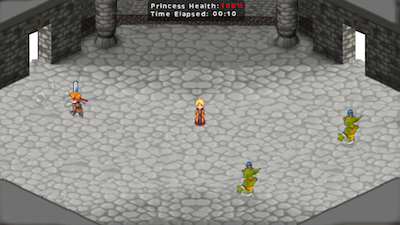 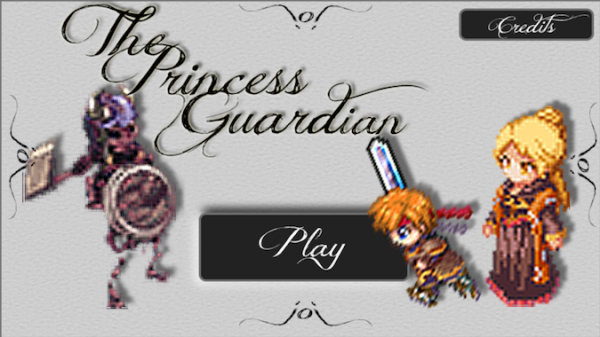