You are using an outdated browser. Please upgrade your browser to improve your experience.
by Katy Zane
June 5, 2013 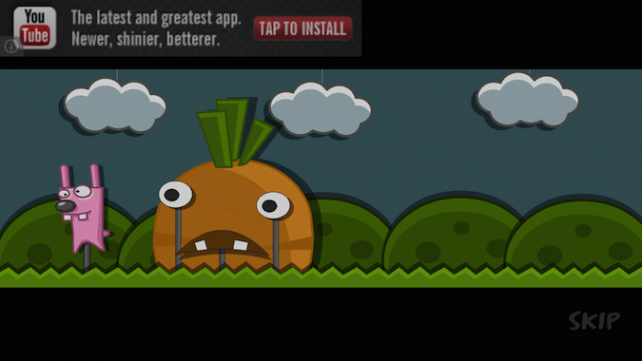 Rabbit VS GMO (Free) by Melissa Killian is an adventure game that makes you question if you really want to put that piece of leafy green lettuce in your mouth. Vegetables are supposed to be good for you, right? Well, not when they decide that they’ve acquired a taste for bunny flesh and put you on the menu. That would be a good time to push the plate away and pick up the desserts. 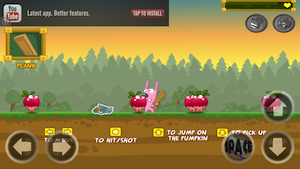 These vegetables are GMOs. That stands for genetically modified organisms. There’s a pretty big controversy going on here in the United States about growing these genetically altered foods. This game just makes the controversy a little more fun.

There’s a rabbit who thought that he would grow a carrot. He wanted to make it bigger, so he added some toxic sludge to it. I’m going to assume that the game is meant to be against GMOs. You know, since they try to bite you.

The carrot does, in fact, grow larger. He also magically becomes sentient. He’s decided to eat you for dinner. You now need to fend off a large crop of mutant vegetables with a variety of weapons.

At first, you start off with a plank and can pick up revolvers that birds drop from the sky. To pick up an item, tap the down button. Along the ground, pumpkins will pop out of the ground. These pumpkins will give you money if you jump on them. You can use the coins that you collect to increase your character’s stats, upgrade your weapons, or unlock other characters to help you during the game. 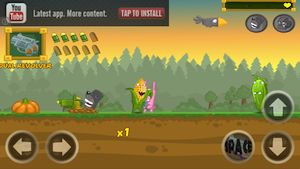 Regardless of where you stand politically on the matter, I think most people can relax enough to enjoy the game. It’s pretty hilarious to be fighting for your life against a horde of mutant vegetables.

Rabbit VS GMO is a universal app, and it’s available in the App Store for FREE! 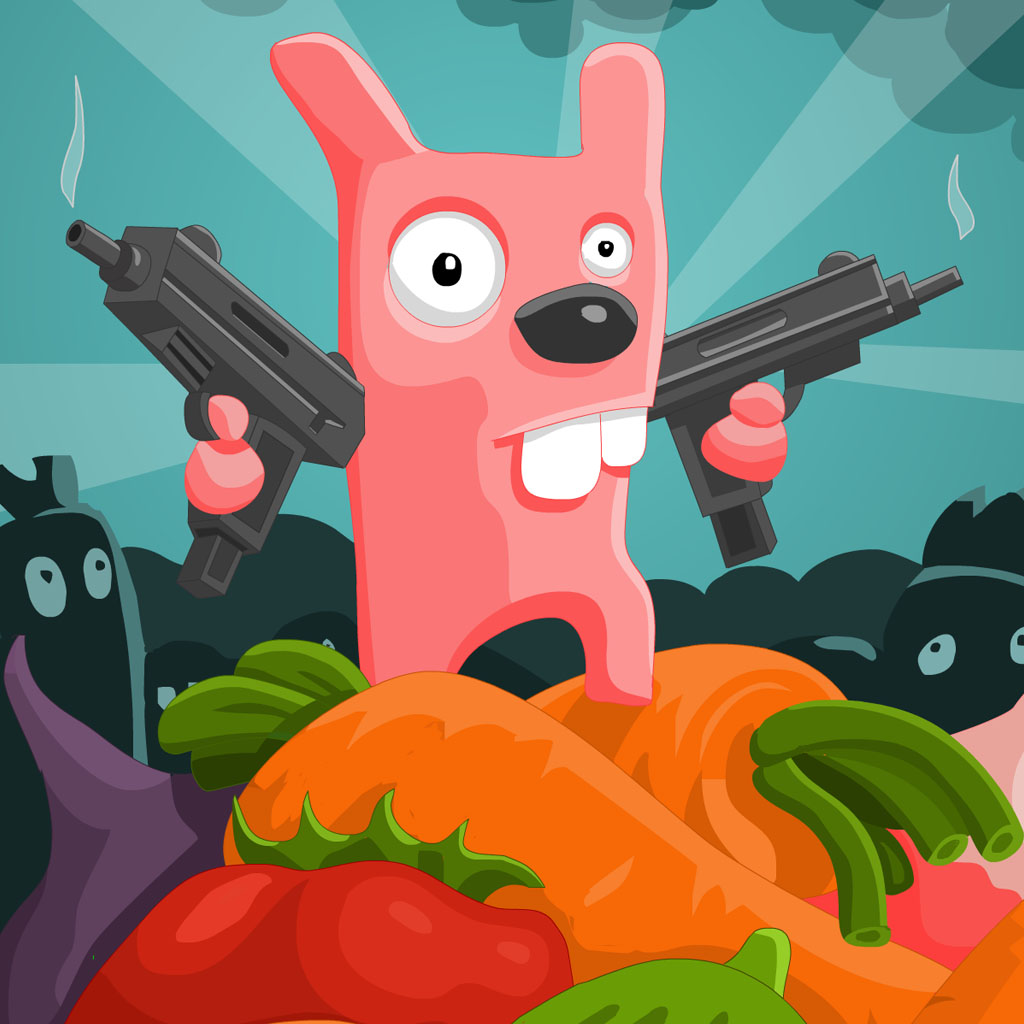 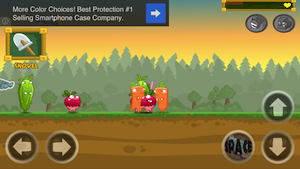 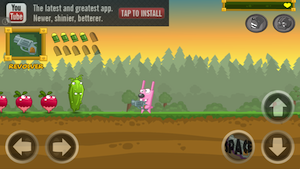 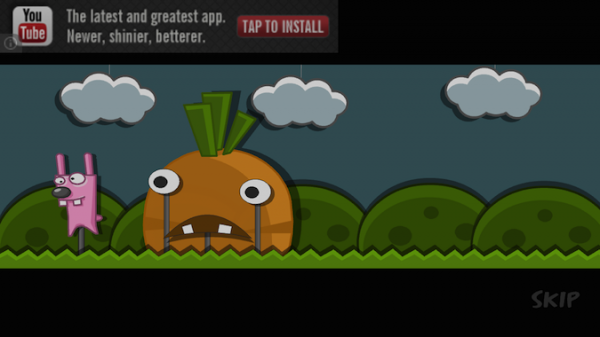