You are using an outdated browser. Please upgrade your browser to improve your experience.
by Katy Zane
January 24, 2014 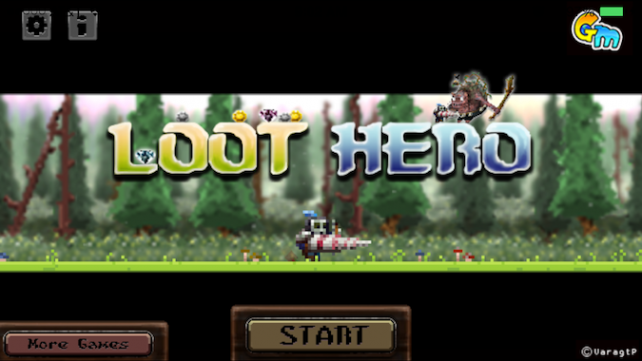 Loot Hero ($0.99) by Daniel Hjelm is a role playing game that features great retro graphics and some pretty entertaining gameplay. You play your way through each world until you come to the final level and defeat the dragon. Think you’re done? No, the fun is just beginning. 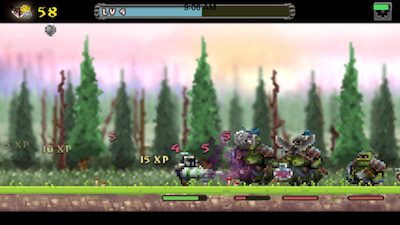 There are five worlds in this game. You have the woods, desert, jungle, snowy plains, and volcano. I was disappointed when I played through all five levels in a matter of minutes and beat the dragon without breaking a sweat. Where was the fun? How was this supposed to be entertaining? Well, it just so happens that the end doesn’t really mean that you beat the game.

You go back to the beginning worlds, and you play them on harder difficulties. The bad guys drop more loot and offer more of a challenge. The second time around, I needed to be more careful about what stats I increased and when.

Throughout the level, there are stores that allow you to buy stat increases. You can increase your attack, critical hits, defense, and speed. Each one has its benefits, and you’ll figure out which stats will help you make it through your next bad guy gauntlet.

Unlike most RPGs where you engage one bad guy at a time, you take your lance and ram through a line of enemies until you reach the next store. Stores act as checkpoints. To start running, just hold your finger on the right side of the screen. You can also run back towards the beginning of the level to beat easier bad guys. Sometimes this is strategically necessary so that you can buy a new stat increase for a harder gauntlet.

Eventually, you’ll run into the level boss. Just hold your finger on the right side of the screen, and you’ll keep attacking him. Every world has it’s own unique boss. The volcano level has the dragon which is the final boss for that particular difficulty mode. Once you beat him, you’ll be automatically bumped up to the next level.

There are in-app purchases available in this game. There are rings you can buy to increase your XP to make your enemies drop more loot, and you can buy coin bundles. The rings range from $0.99 for a bronze ring to $6.99 for a magic ring. The coin bundles range from $0.99 for 500 coins to $8.99 for 12,000. I personally did just fine without any in-app purchases. 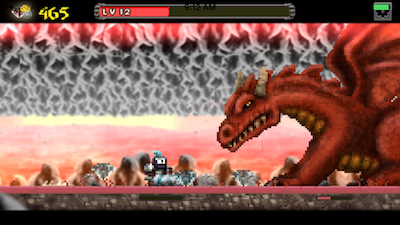 If you want a new take on role playing games, then this is a pretty awesome app. You have the potential for infinite play, and the retro graphics make this app even better. This is definitely a game worth trying for anyone who enjoys the adventure or role playing genre.

Loot Hero is a universal app, and it’s available in the App Store for $0.99. 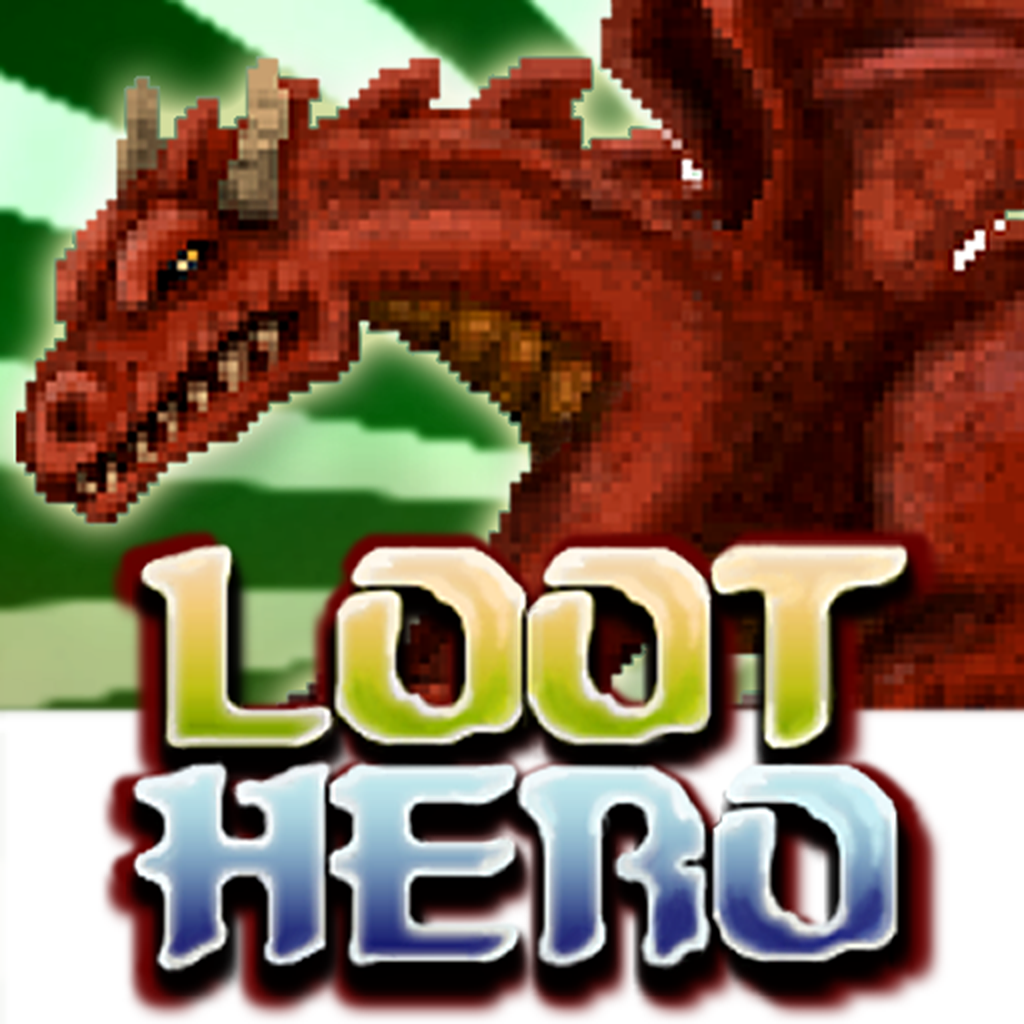 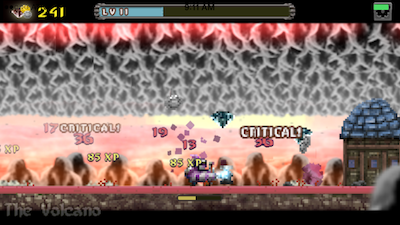 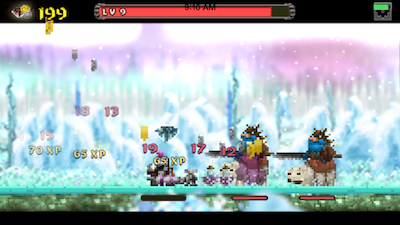 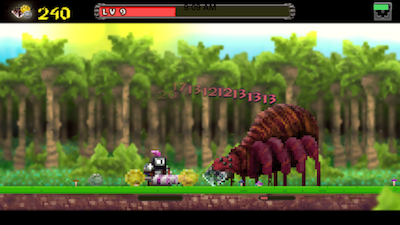 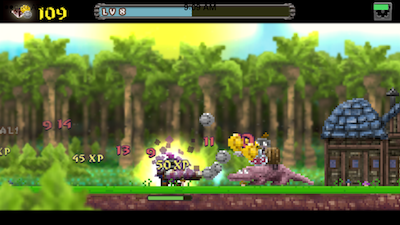 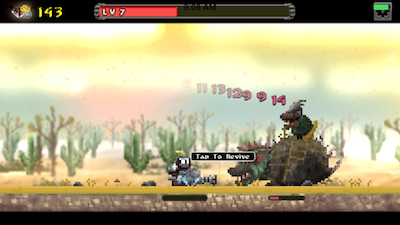 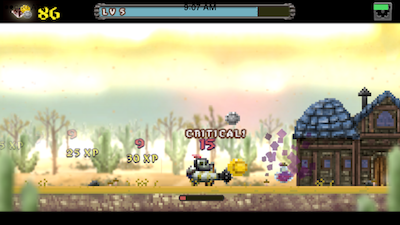 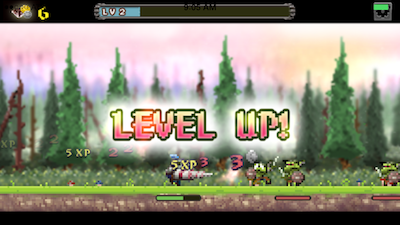 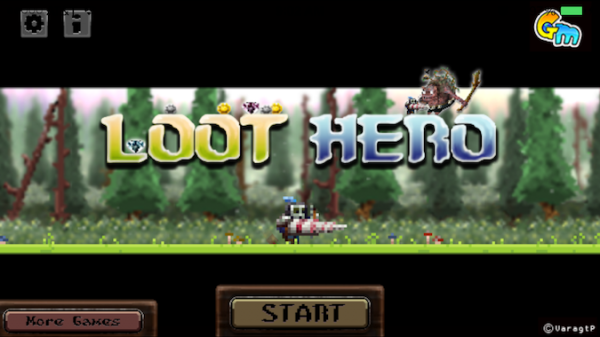