You are using an outdated browser. Please upgrade your browser to improve your experience.
by Katy Zane
June 24, 2013 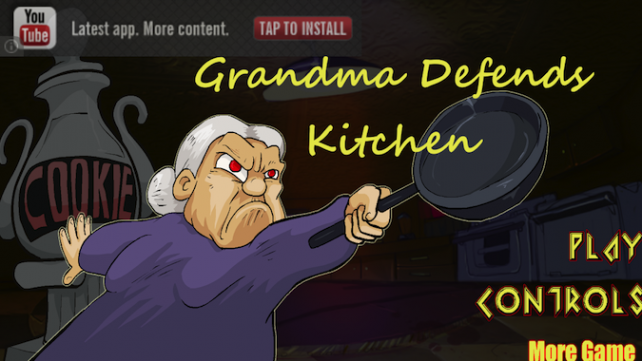 Do you know what happens when you drink expired milk? Well, I’ve always been obsessively vigilant in preventing any dairy in my refrigerator from nearing those dates. I always assumed that one of two things would happen: You would either suffer horrific stomach complaints or eat yogurt from a gallon jug with a little fruit syrup on top for extra flavor. According to Grandma Defends Kitchen, you actually gain some sort of bizarre super power. All the evil in your kitchen that you couldn’t see with your normal eyes is now visible. 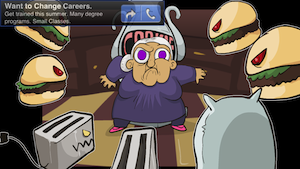 Strangely, the evil food and appliances don’t want to take over your kitchen. Crazy, right? I mean, if I was a demonic toaster, the first thing I would do was establish an alliance with the oven and try to take over the China hutch. These sundry possessed kitchen items just want cookies.

Grandma isn’t letting them anywhere near her precious dessert. She’s going to defend those cookies until her dying day. Since everything in the kitchen is out to get her, that day might come sooner rather than later. Her doom might seem imminent, except that Grandma is armed. True, it’s just a frying pan, but at least it’s something.

Beat up those evil kitchen appliances with your trusty cookware. To attack, simply tap the up button. Use the arrow keys to move Grandma to the nearest enemy. If you don’t kill the enemy in time, they’ll start eating the cookies in the jar.

The game is broken down into waves, rounds, and levels. You have to survive nine waves to move to the next round. After living through two rounds, you move to the next level. Every time your move up a level, the cookie jar refills. 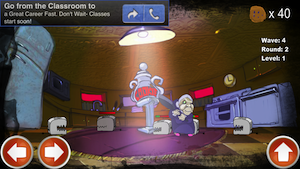 I loved the creative weapon and premise of the game. Who knew that expired milk could cause you to see demonic appliances? However, for the sake of good health, please don’t try this at home.

Grandma Defends Kitchen is a universal app, and it’s available in the App Store for FREE! 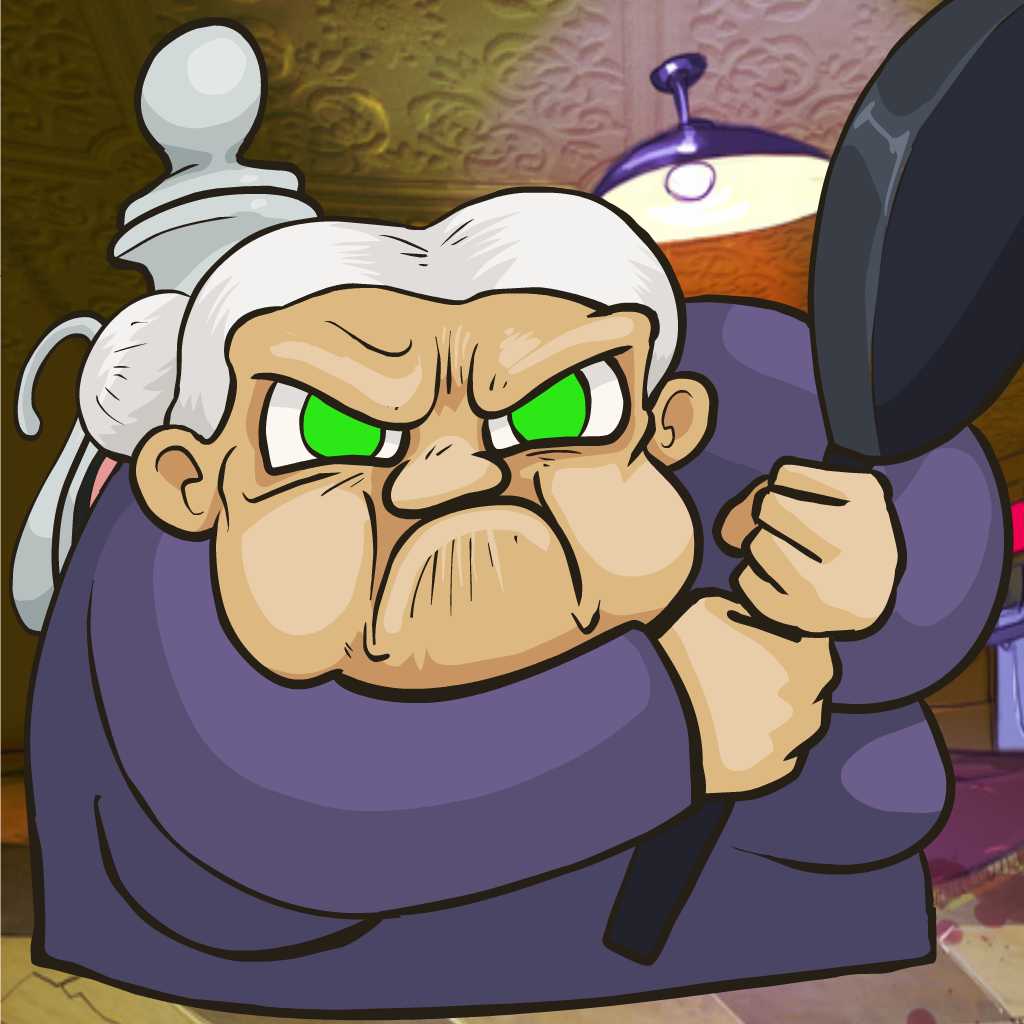 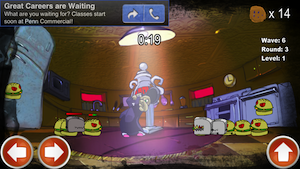 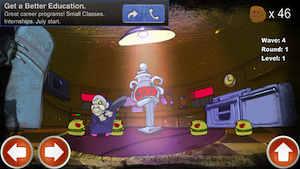 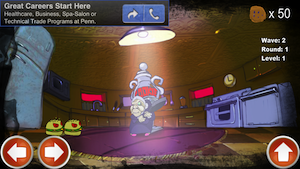 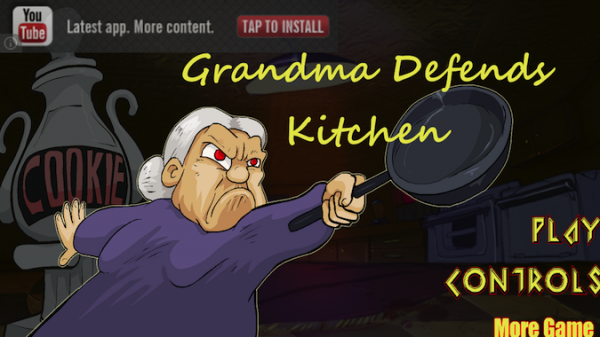