You are using an outdated browser. Please upgrade your browser to improve your experience.
by Katy Zane
January 16, 2014 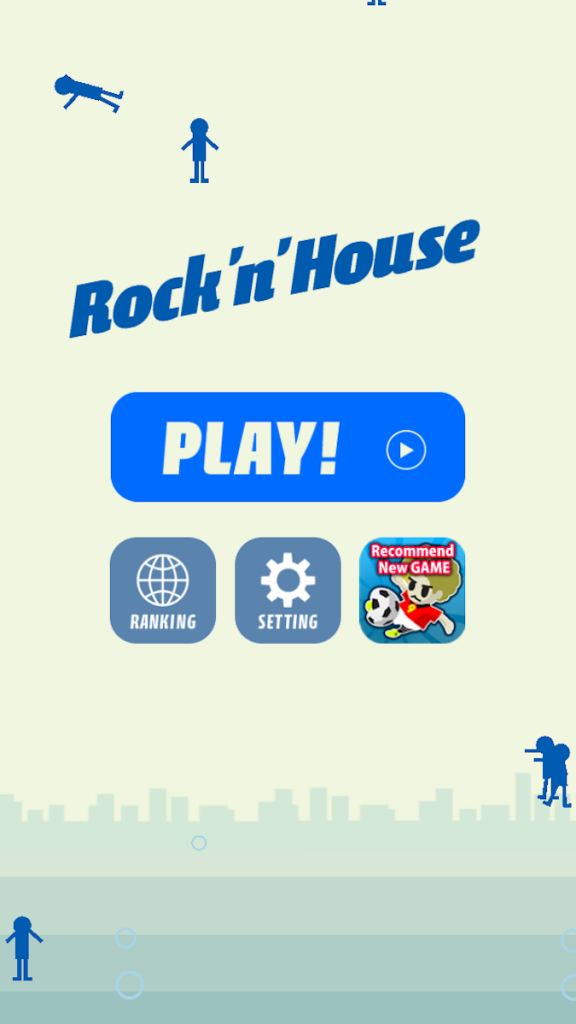 Rock'n'House (Free) by bbcddc is a physics game that focuses on balance and even weight distribution. It sounds so boring when I describe it in technical terms, but this game is definitely a riot. Andy, who’s apparently your friend, has just built a new house. This house happens to be built on stilts instead of a solid foundation. Now that the house is finished, Andy wants to throw a housewarming party. 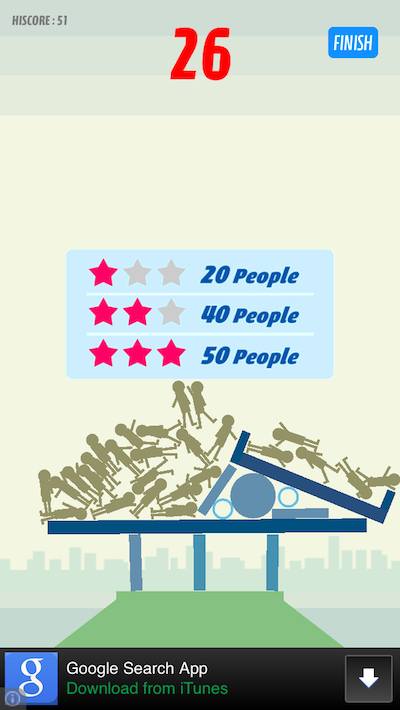 Here’s another technical concept for you to consider: If Andy’s house is built on stilts, and if he invites a large group of people to visit, then how many people can fit in Andy’s house before it collapses? It’s like one of those math problems in school, except this time, you get to play a game to figure out the answer.

Tap on the screen to make a person fall from the sky. This is a house guest. The guest will hit the roof and might even start knocking over beams or bricks. Tap on the sky to make another house guest fall. Your goal is to get between 20 and 50 house guests piled up on the house before the stilts supporting the main floor collapse.

The final body count in the house is your score. You get one star for having 20 people in the house, two stars for 40, and three stars for 50. You can lose people when they fall out of the house. You’ll have to keep that in mind when you’re stacking them up on an edge.

The challenge in this game is to make sure that the weight of the people is evenly distributed across the floors. If the structure starts tipping in one direction, you can load up people on the other side to balance it.

As far as ads are concerned, there are banner ads that run along the bottom of the screen. I didn’t really notice them. There’s also an icon for a recommended app in the main menu. 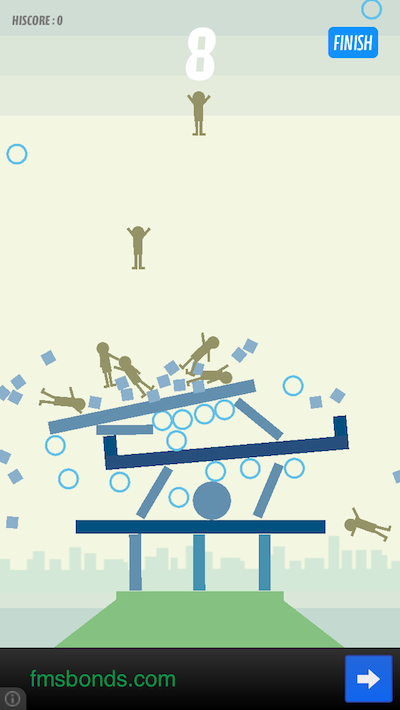 This was an awesome game. The sound effects were funny, and the challenge of trying to spread out the house guests was entertaining. This game has a lot to do with physics, but there’s also the element of luck with how beams fall or tilt. There’s no telling how many people you’ll fill the house with each time you play the same level. This is definitely a great game to try.

Rock’n'House is a universal app, and it’s available in the App Store for FREE! 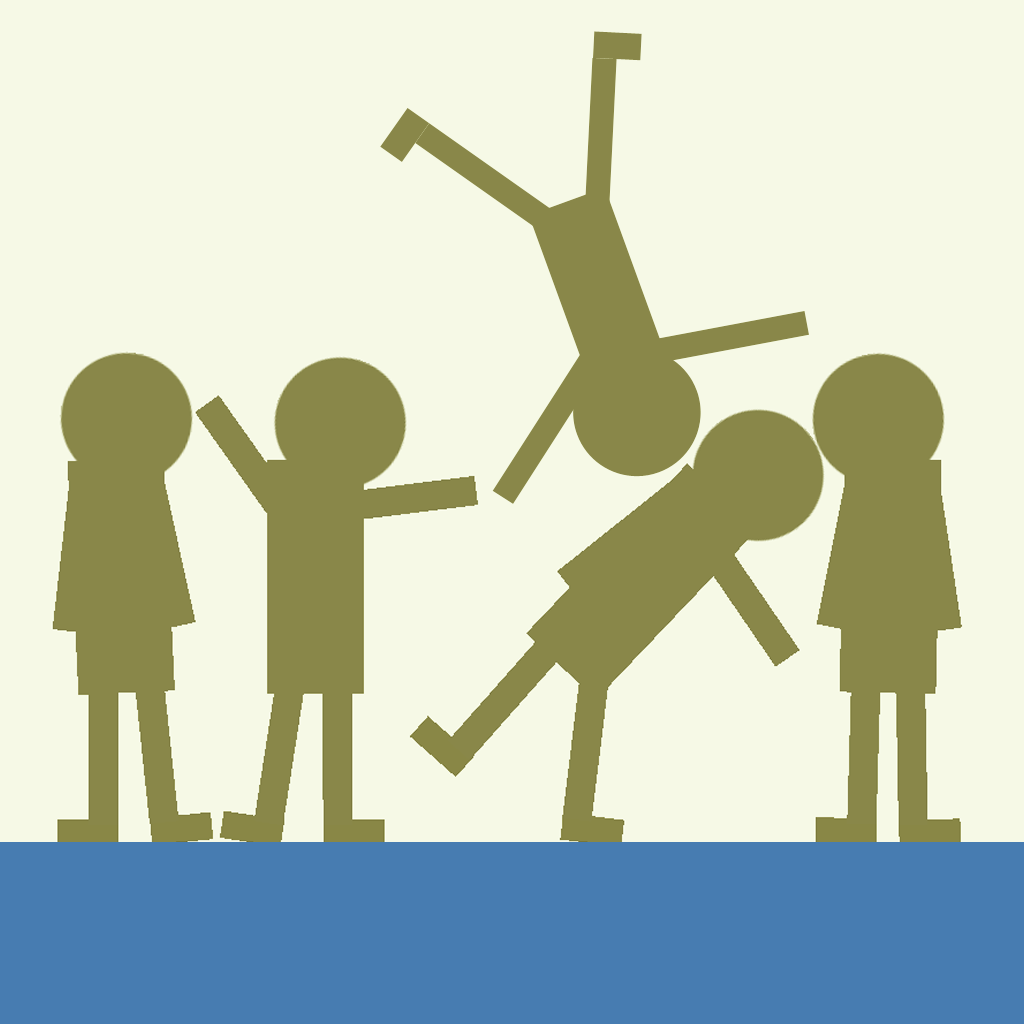 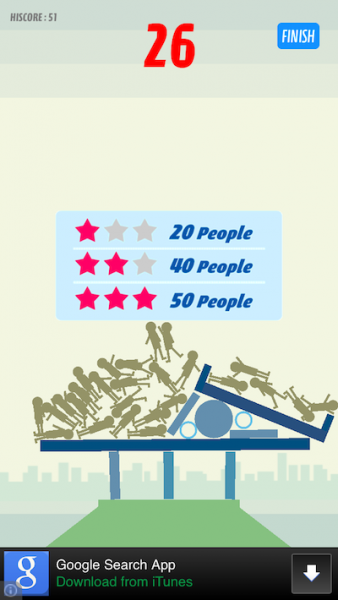 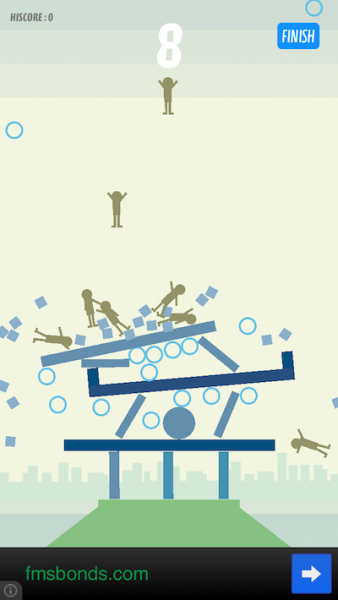 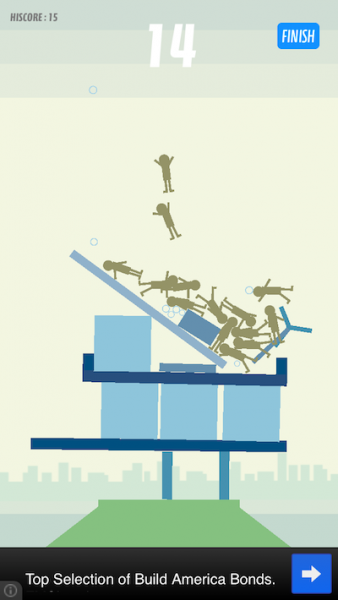 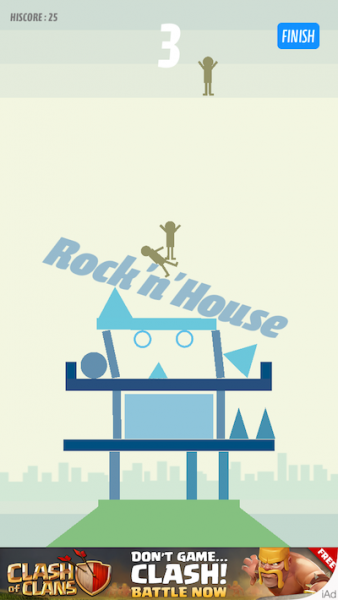 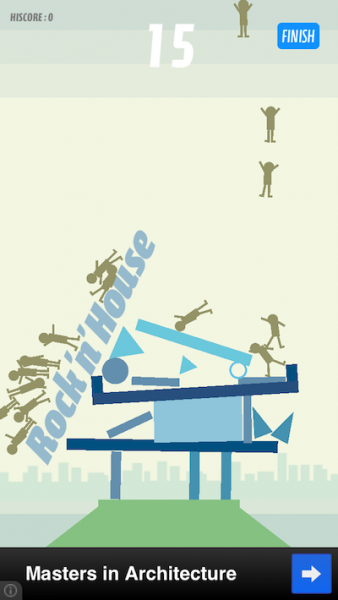 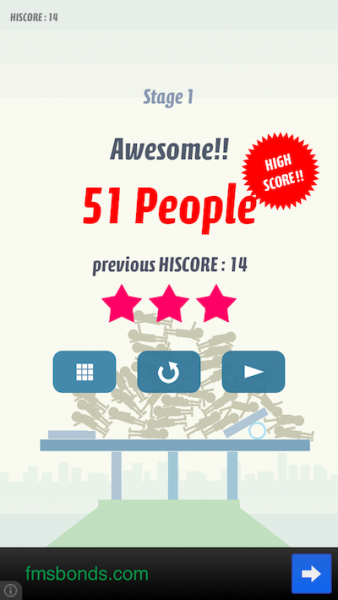 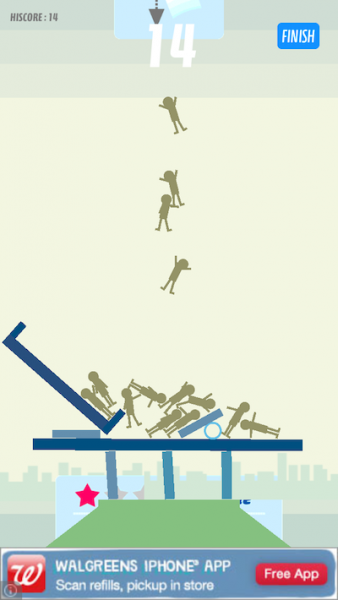 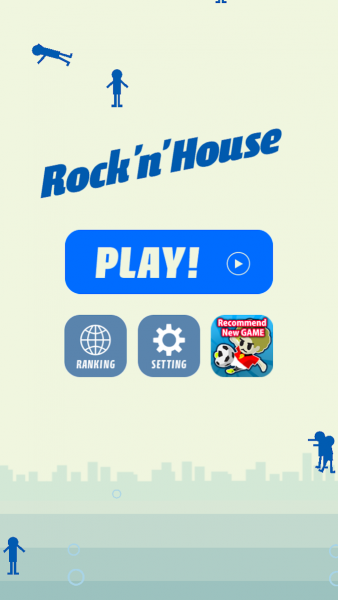