You are using an outdated browser. Please upgrade your browser to improve your experience.
by Katy Zane
January 29, 2014 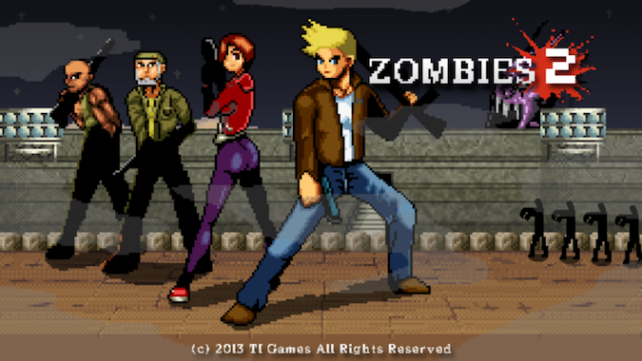 Zombies 2 (Free) by TaeIn Kim is a retro arcade game that features our favorite undead characters. Once again, we have an awesome zombie game that pushes the typical expectations from this popular fad. While you have to fight off each wave of zombies, it’s not the usual fare of defending a fort, clearing a field, or planting pretty peashooters. This is something entirely different. 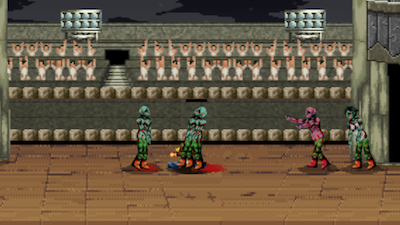 In this post apocalyptic world, we have indeed survived the zombie onslaught. Great news, right? Humans are once again the apex predators. If the scary part seems to be over, then what sort of fight are you in for? Well, humans are gluttons for entertainment, and zombies have always been a great source of that in our culture.

You choose to fight zombies in an arena. You stand between two doors and blast away at the undead creatures who come shuffling through. Each door shows a loading bar as it prepares to release the zombies. This bar will tell you how many zombies are there and what kind they are.

You have a variety of weapons that you can use to accomplish your slaughter. As you level up and earn gold from arena battles, more guns are unlocked. The guns improve their capacity, recoil, and range as you upgrade to new weapons. The prices are pretty comparable to what you could afford at that level.

There are also characters that you can hire to help you fight. There are two doors, and it would certainly help to have an extra set of hands fighting off the zombies from one door while you handle the other. Interestingly, the other characters closely resemble the group of survivalists from the “Left For Dead” video game. The major downside to hiring these characters is that they’re very expensive. 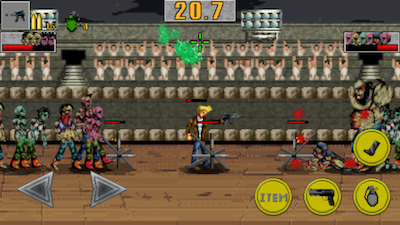 It’s an interesting idea that as a civilization, zombies have taken on the role of wild animals or prisoners of war in gladiator battles. Instead of fighting them for survival, humans are battling them for entertainment. It makes me feel better about the future after the zombie apocalypse.

Zombies 2 is an iPhone app, and it’s available in the App Store for FREE! 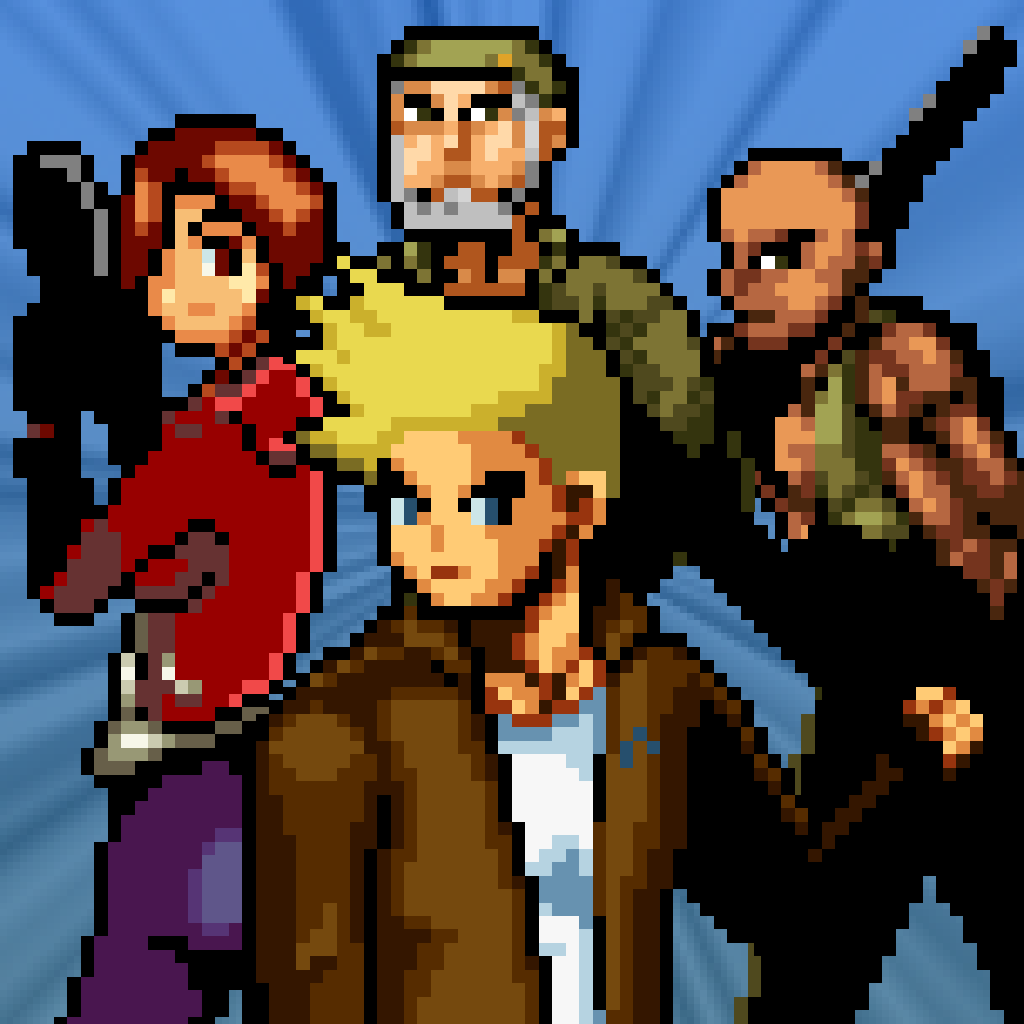 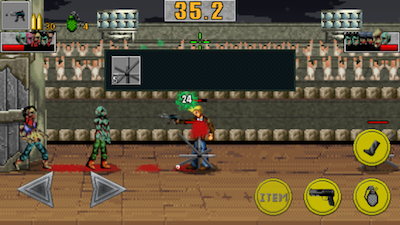 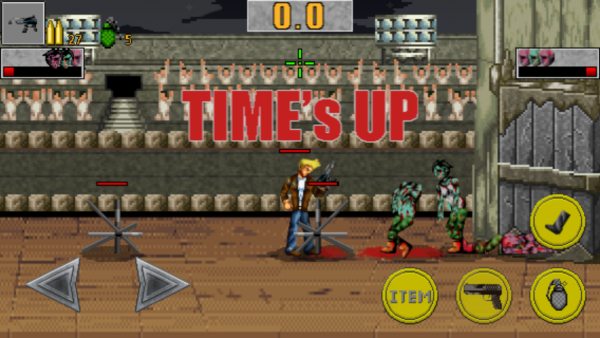 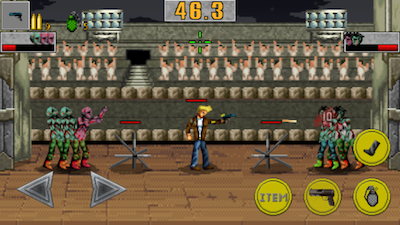 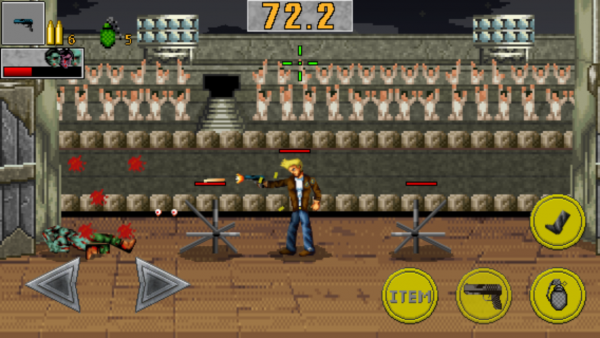 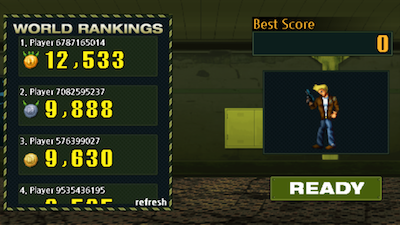 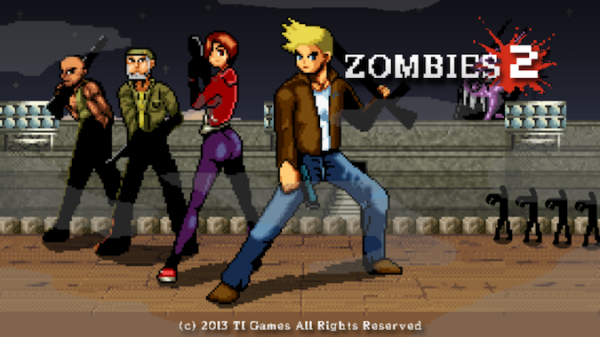