You are using an outdated browser. Please upgrade your browser to improve your experience.
by Katy Zane
February 2, 2014 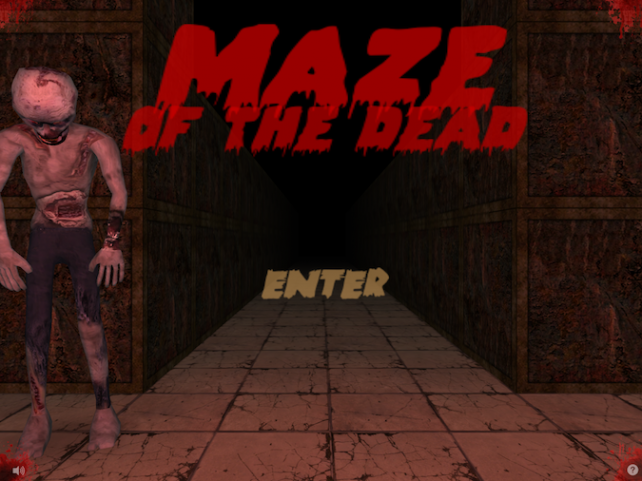 How well would you do in a zombie infested maze without a weapon? What if you couldn’t run? Maze Of The Dead is a horror game where you can’t fight, and you can barely get away. It embodies the nightmare that so many of us have where the monster is closing in, and we just can’t move fast enough to get away. 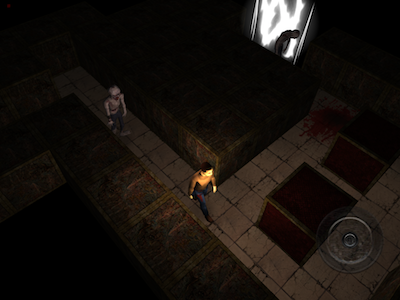 A man has decided to go looking for the world’s rarest treasures. He stumbles upon an ancient temple that has 30 different mazes, filled with zombies, and he must walk through all of them. In each maze, there is a chest that you can choose to pick up. However, it does not determine your ability to exit through the portal. You can choose to leave it behind.

Now, if Indiana Jones has taught us anything, it’s to always carry and gun and whip while wearing a cool hat. The whip could be omitted, but the hat and gun are a necessity. So, what does this guy have? Nothing. He strolls into that temple with just the clothes on his back.

Now, I’ve already mentioned that he can’t run. I hope someone is proud for coming up with that little golden idea for terror. You’re forced to walk away from zombies that are just a hair faster than you. How do you get away from them? You can walk around obstacles and get out of the zombie’s range. The explanation in the help section says that the zombies will stop where they last saw you walking. Turning a corner is a great way to break their line of sight.

The zombies don’t move autonomously during the level. They’re in a state of suspended animation. They only begin to move when you walk past them. It sounds like it would be easy to avoid them, but eventually the levels require you to wake them and move them out of the way of the exit. It’s also hard to avoid seven zombies in a cramped maze. 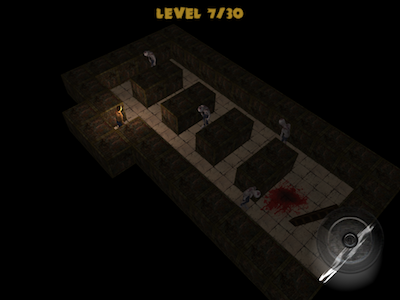 The game’s premise is easy to understand, but once you get in there and start playing, you realize that you have to think things through. You have to plan which zombie to wake up first and the route you’re going to take to lose him. Otherwise, you end up with four zombies behind you and an unexpected fifth one coming straight at you. Zombie enthusiasts might enjoy this change of pace from the typical slaughter that happens in other apps.

Maze Of The Dead is a universal app, and it’s available in the App Store for $0.99. 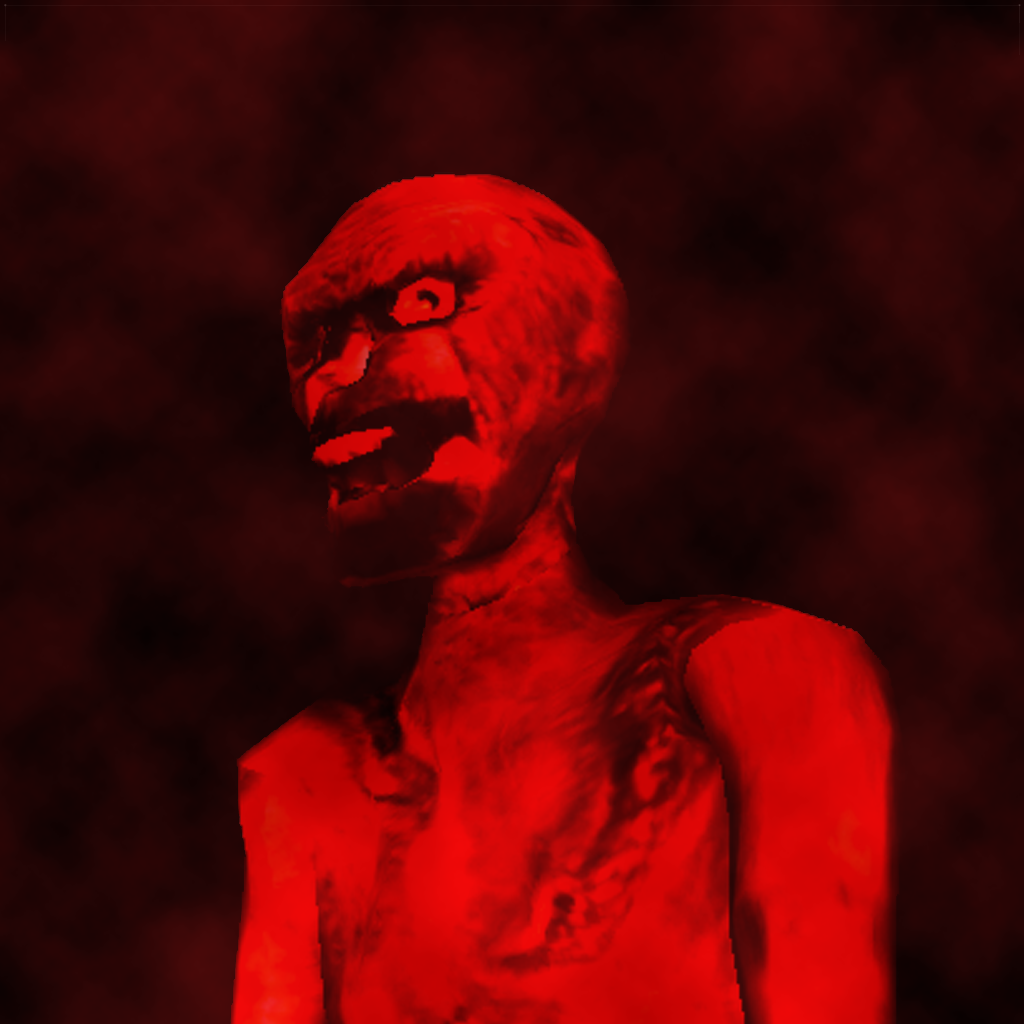 Maze of the Dead
Josep Grimalt 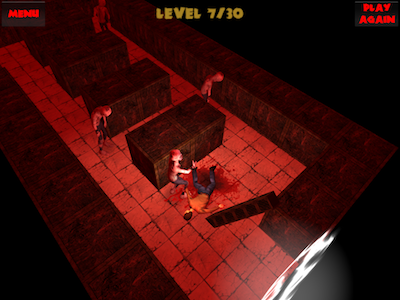 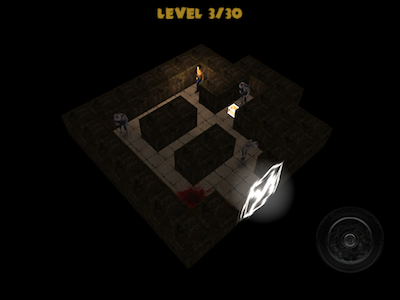 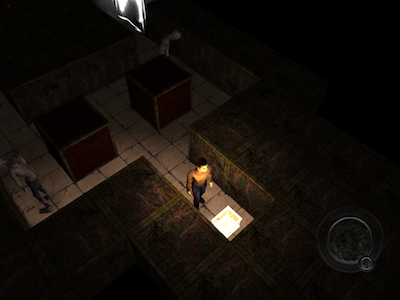 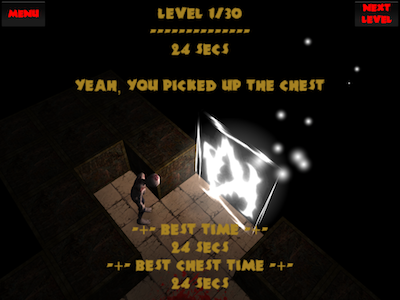 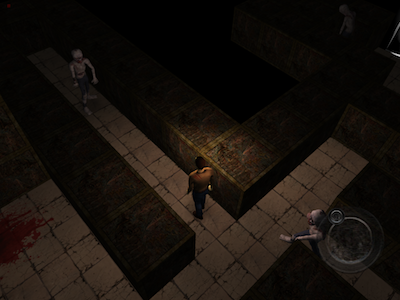 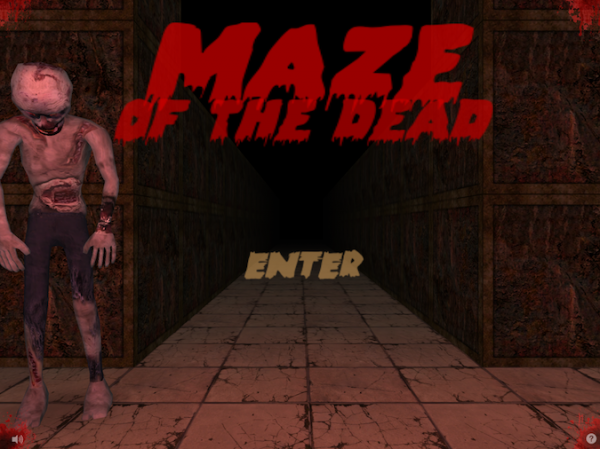