You are using an outdated browser. Please upgrade your browser to improve your experience.
by Katy Zane
August 26, 2013 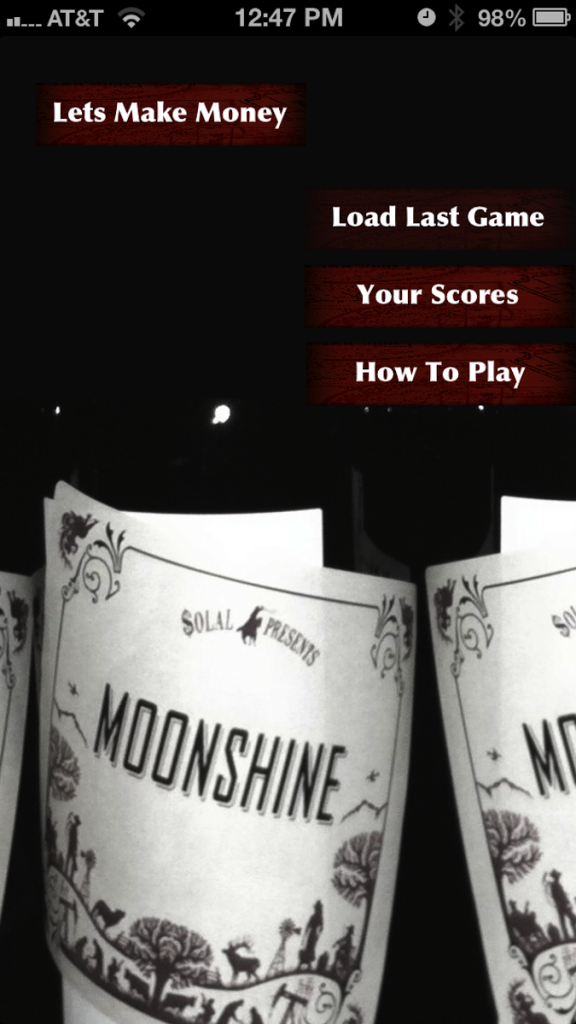 Moonshine Smuggler ($0.99) by cityMoney is an interesting game that teaches you basic economics while you play. The point of the game is to earn a large profit from smuggling moonshine. There are five different varieties that you can buy and sell. You’re trying to buy the whiskey cheap in one city and sell it at a higher price in another. 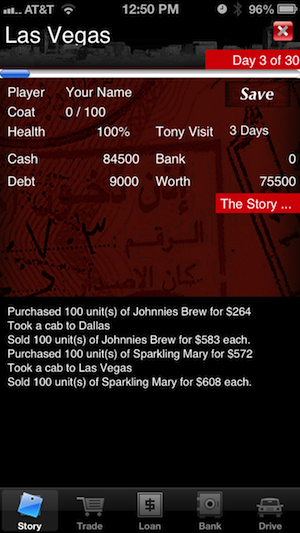 What’s moonshine? During the 1920s, the United States Congress thought it was a great idea to ban alcohol. I grew up in West Virginia, and we’re a stubborn sort of family. So, we started making whiskey in bathtubs, radiators, and still vats. Many other families in the Appalachian region did the same thing. The whiskey was called moonshine. To distribute it, you had to smuggle it. The people who delivered the alcohol were called “runners.” Most families in my area have a runner or two in their family tree.

That’s exactly what you’re doing in this game. You’re a moonshine runner. The whiskey has already been made, and it needs to be distributed. The five different varieties are recipes that people use to add their personal touch to the liquor. Historically, most of these recipes were written in the back of family bibles. I find it a little ironic that a recipe for an illegal substance was written in the back of a religious book.

As you move from city to city, you check the price of the local moonshine. You buy when prices are low and move on to a different city. The new city will hopefully sell the moonshine you have in stock at a higher price. By repeating the process, you make more money.

In the beginning of the game, you have a loan that you need to repay. A guy named Tony will visit you every five days to strongly persuade you to make a payment towards the loan. You do have a health meter that goes down by 25 percent every time you miss a payment. You can completely pay off the loan rather early in the game.

The game ends when you’ve reached the 30 day limit. Every time you move to a different city, it takes one day. You basically have 30 chances to move back and forth between cities before the game is up. The game calculates how much money you’ve made and uses that number as your final score.

You can adjust different aspects of the game like the amount of days, loan interest rate, and beginning debt from the general settings app on you iPhone. You can’t make those changes from within the app itself. 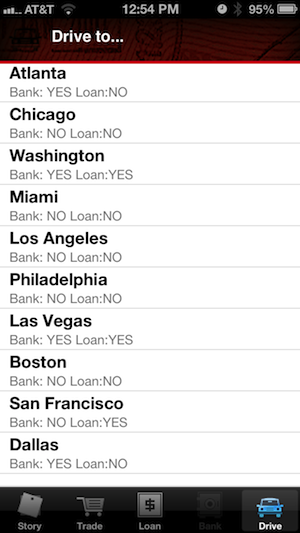 Aside from some personal family ties to moonshine runners, I still loved this game. The thrills of finding a good deal and making a great sale are addictive. This is one of those apps that I’ll be playing long after this review has been posted.

Moonshine Smuggler is an iPhone app, and it’s available in the App Store for $0.99. 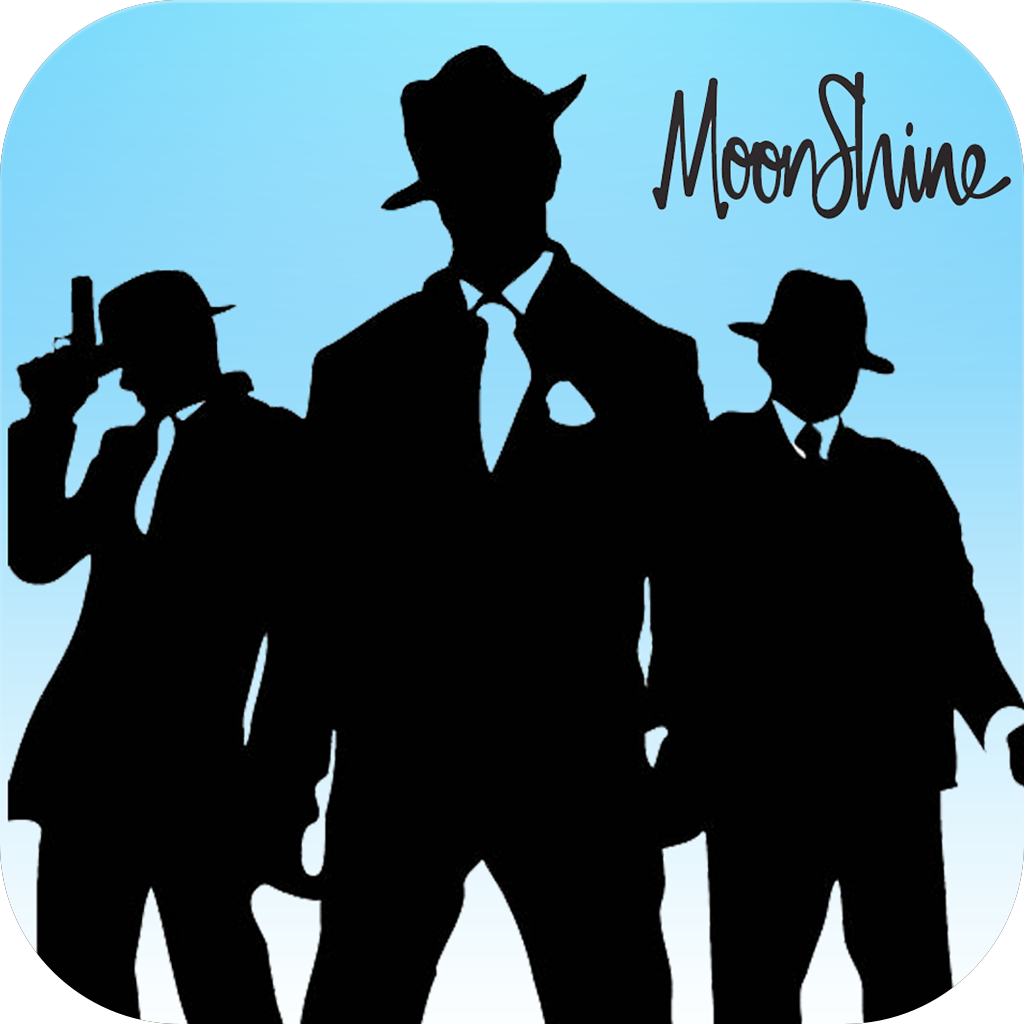 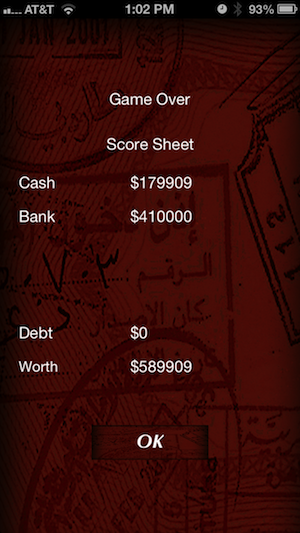 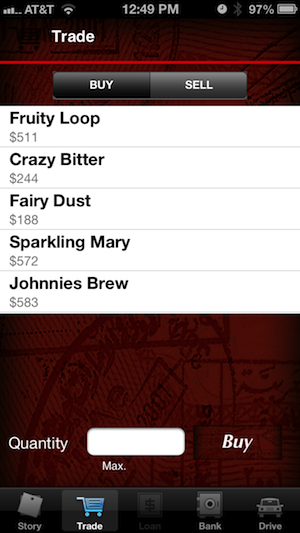 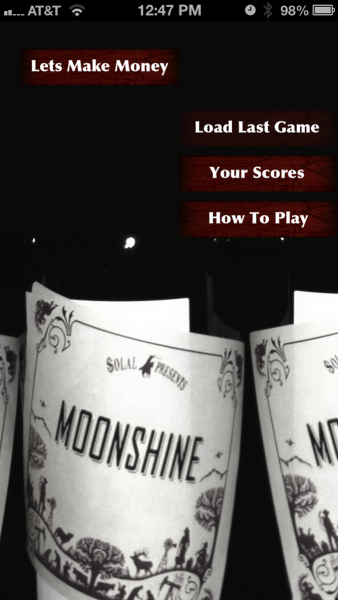