You are using an outdated browser. Please upgrade your browser to improve your experience.
by Kathryn Zane
April 27, 2013 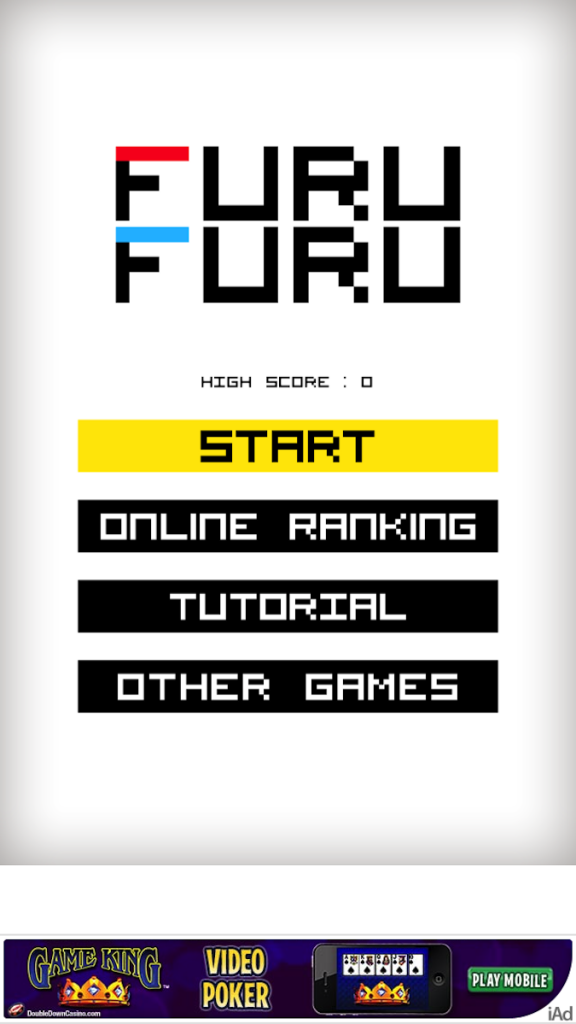 Furu Furu (Free) by Mimilab is a reflex game that tests how quickly you can sort out different colored blocks. While that sounds easy, it’s definitely more difficult than just putting your LEGO bricks away in the right bin.

You begin the game with just two colors. To beat the level, you need to meet a certain score goal. The game doesn’t tell you what this goal is or how far away you are from meeting it. You just have to keep playing until the game tells you that you won.

After the second level, you move up to four colors. This is when you have to start planning. The top portion of the wall will be one color, and the bottom portion will be a different one. You have to keep an eye out for blocks that match the top half of the walls so that you don’t miss the right color as the blocks fall past it.

Here’s something that I discovered as I played the game: there’s a seam between the two colors on the wall that you can swipe blocks at. Let’s say that blue and yellow are on the left wall. You can throw blue and yellow blocks at the seam, and the game will count both colors.

The blocks move as fast or slow as you swipe them. Make sure you move them quickly to get them out of the way of the other blocks. You can also save time by swiping two blocks that are the same color simultaneously. Just swipe along the seam that connects the blocks, and you can move them both. 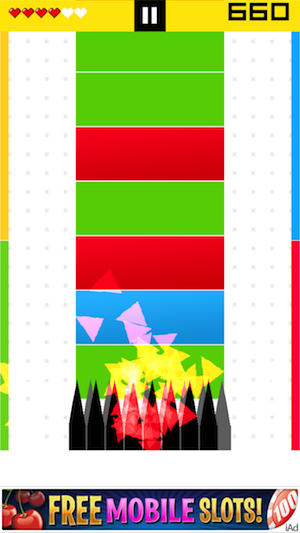 This game was definitely challenging. The first level was easy, but as soon as I was working with four colors, I had to start thinking harder about what I was doing. This is a great game for people who want to test their reflexes.

Furu Furu is an iPhone game, and it’s available in the App Store for FREE! 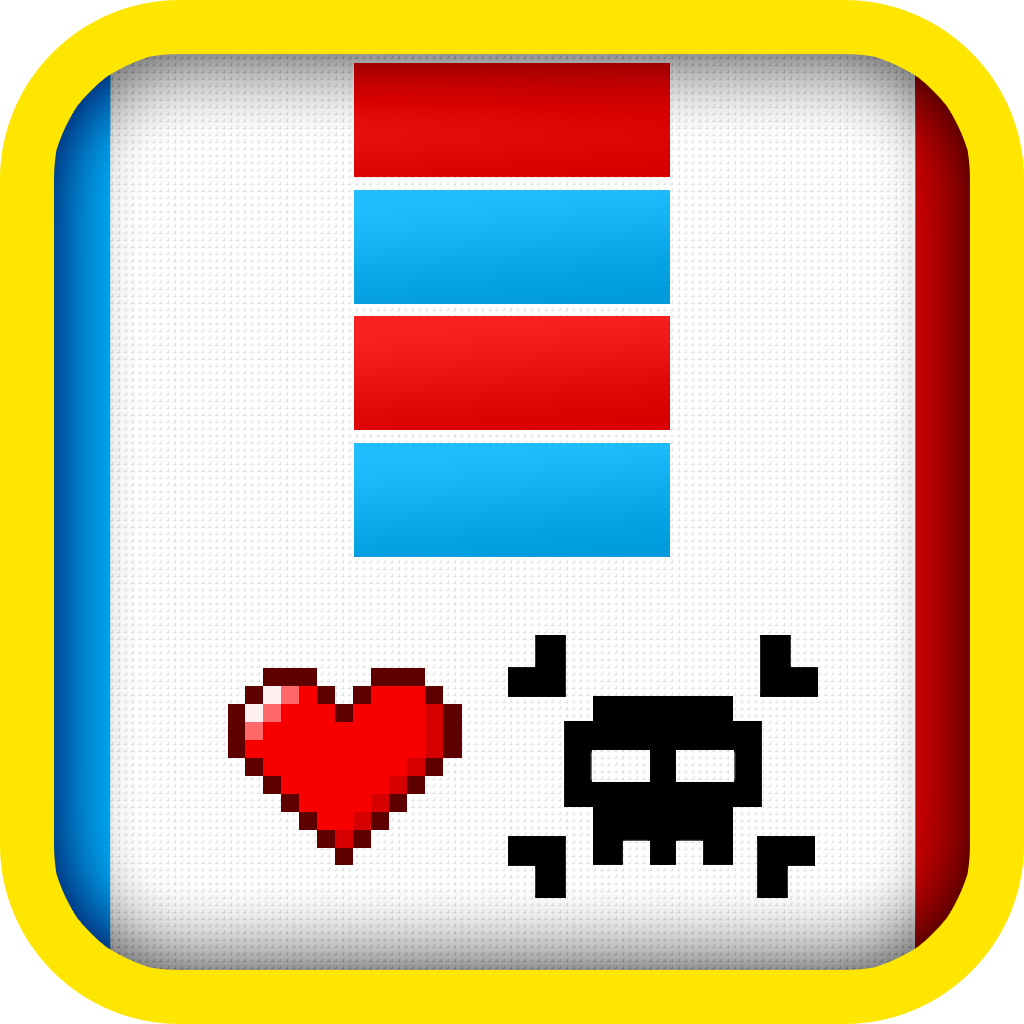 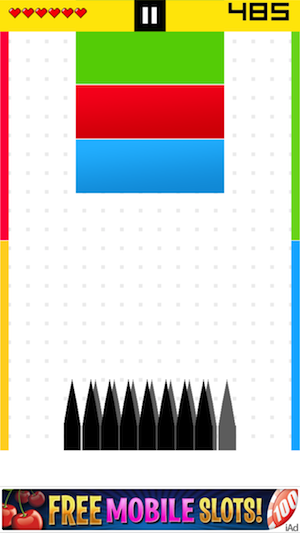 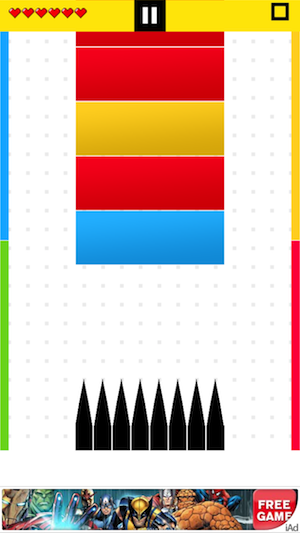 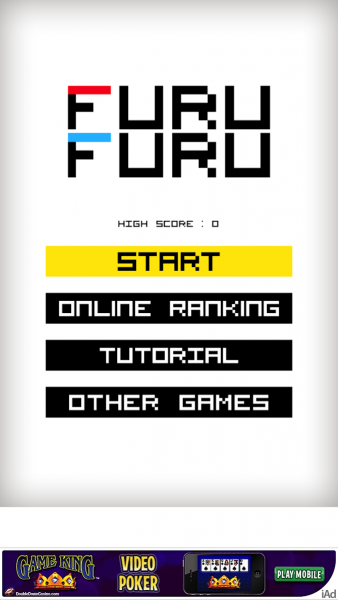