You are using an outdated browser. Please upgrade your browser to improve your experience.
by Katy Zane
June 9, 2013 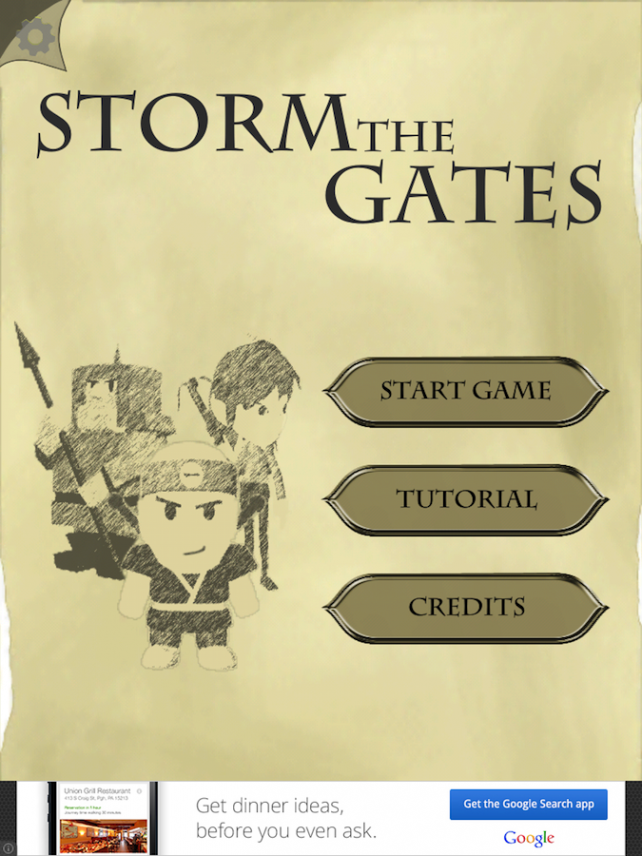 Storm the Gates (Free) by Brandon Damron is a castle defense game. Like all other games in this genre, both you and your enemy have something to protect. In this case, you’re defending your castle gates. To win the game, you must destroy your enemy’s gates without leaving your own open to attack. 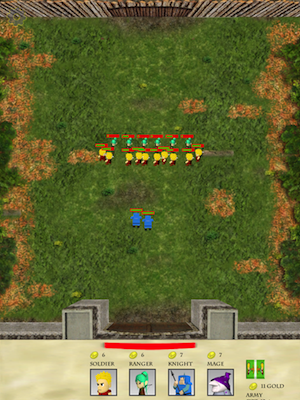 In most games, you begin without any soldiers on the field. You have to build up your army as you play. In Storm The Gates, you already have an army at your disposal. You can even customize this army by adding different types of soldiers and determining the formation.

To change what soldiers you have in your army, deselect the blue disk beneath the soldier that you want to change. Then, tap again on the empty disk. The blue disk will reappear, but the space for a soldier will be empty. Tap on the type of soldier that you want to add from the display below. You can only add new soldier types that have already been introduced in battle. You can also choose to have all your soldiers in the front line, or you can create a specific formation that spans across three lines of defense.

When you’re done changing your army options, you can continue on to the campaign. As you progress through each level, new characters will be introduced. You can create these new characters by combining lower level soldiers. For example, by combining three tier one soldiers, you can create a beserker. You can combine three tier one archers into a hunter. Remember, you can’t create these combinations until the character is introduced by the enemy in normal gameplay. So, once the enemy sends out a beserker onto the field, you can start combining your soldiers to make them as well. 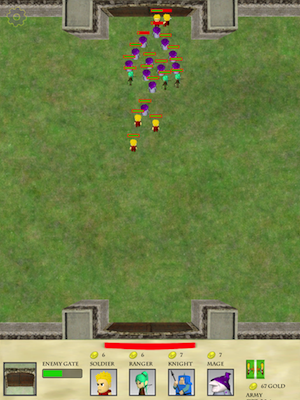 The game is as easy or hard as you want it to be with a wide variety of difficulty levels. You can have fun building the army that suits your needs, and you can change your army formation. You can also choose to play through one small skirmish or invest more time in the game by playing through the campaign.

Storm The Gates is an iPad app, and it’s available in the App Store for FREE! 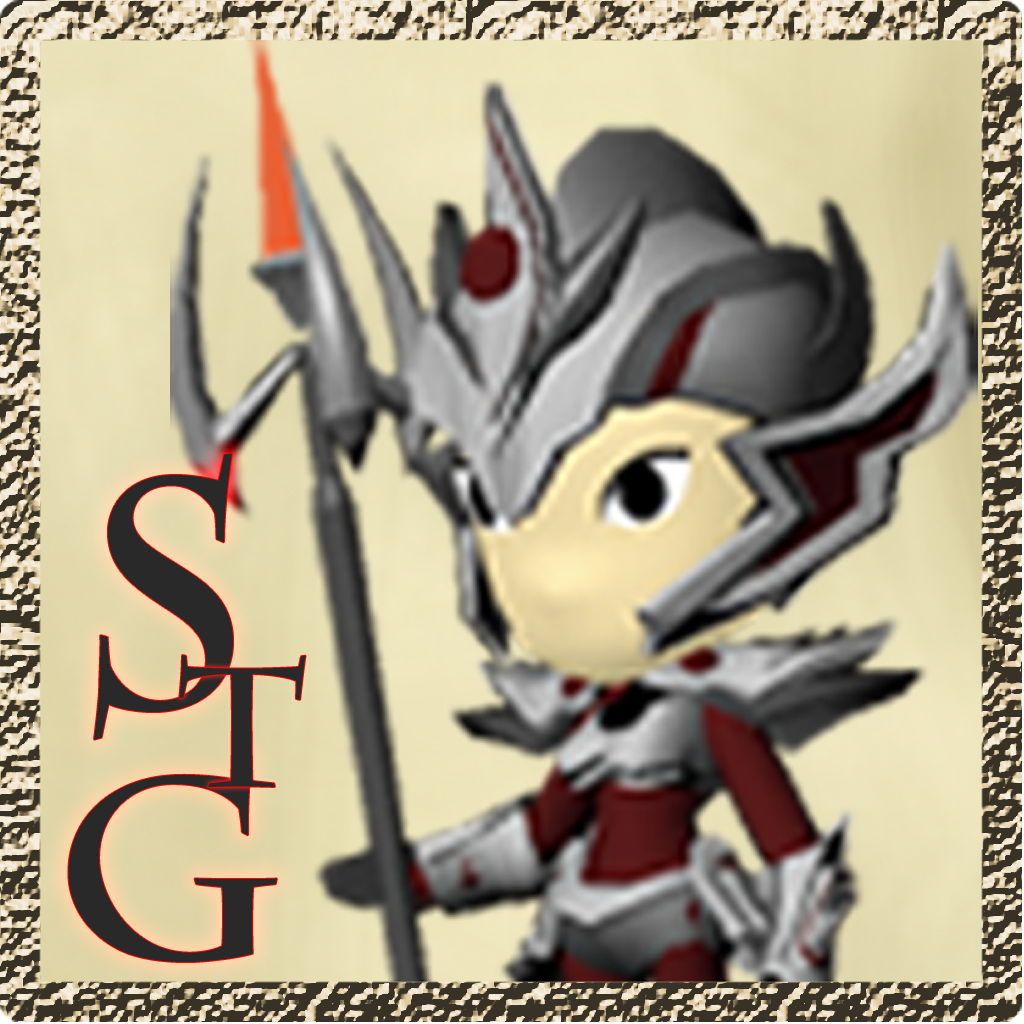 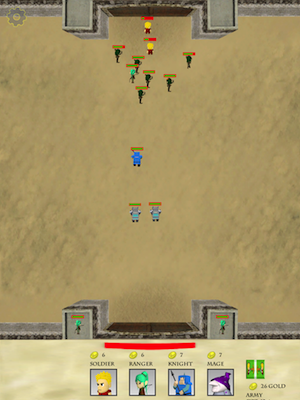 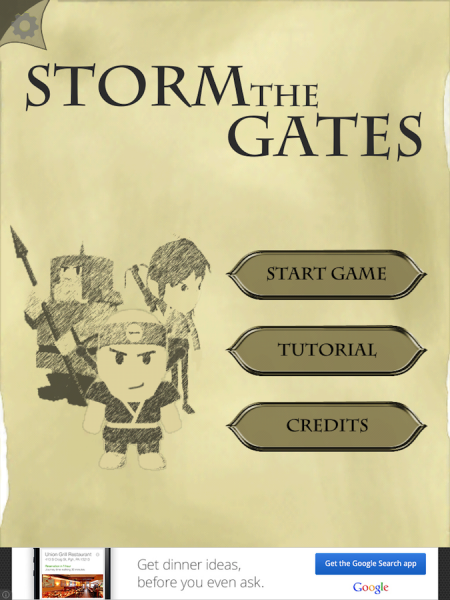 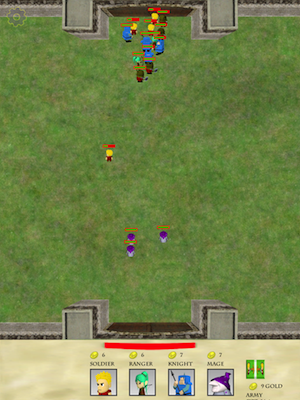 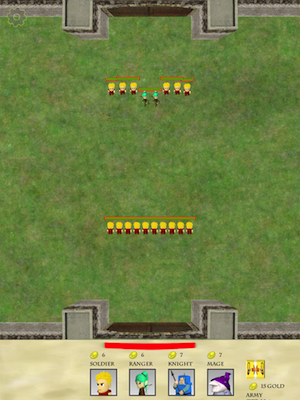