You are using an outdated browser. Please upgrade your browser to improve your experience.
by Katy Zane
October 30, 2013 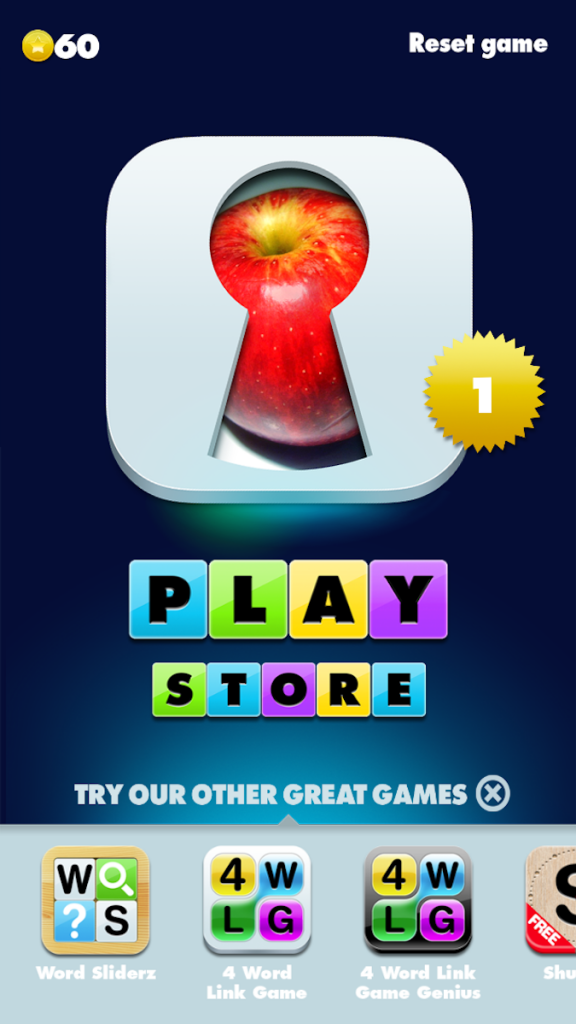 Through The Keyhole - Take a peek at the pic and guess the word (Free) by Chris Searle is a guessing game that features a keyhole in the middle of the screen. Below the keyhole is a bank filled with letters. You can see a picture through the keyhole. Then, you use the letters below to guess what that picture is. 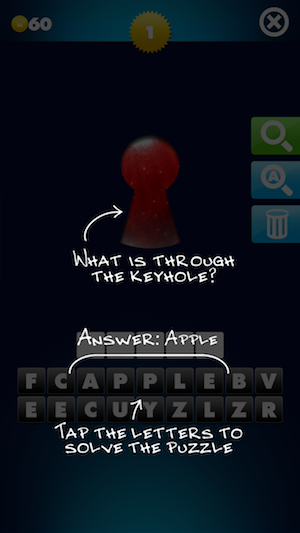 The pictures are interesting and varied. I had to guess dandelion, web, rhino, and popcorn. Some of the pictures, like the rhino, were zoomed out. There’s a hint that you can use that makes the keyhole bigger so you can see more of the image. When I used this hint with the rhino, I was able to see more of the animal instead of appreciating more of its pebbly skin on the screen.

Some photos are extremely close up. At one point, I had opened the keyhole as far as it would go. I was looking at brown balls and one ball had white surrounding it. It looked to me like flower bulbs and a flower. I couldn’t make that theory work. Eventually, I noticed that the white was fluffy and textured like bread. Finally, I realized that I was looking at popcorn.

As I mentioned, there are hints that you can use. These hints are expanding the keyhole, revealing the first letter, and scrapping the image for a new one. You have to pay coins for these hints. Every time you guess a picture correctly, you earn coins. If you don’t use any hints, you earn more coins.

The ads in this game are ridiculous. I had to close out three of them to start the game. Every time I close the app and come back, there are ads to deal with. There are also banner ads that run along the bottom of the app the entire time you play the game. 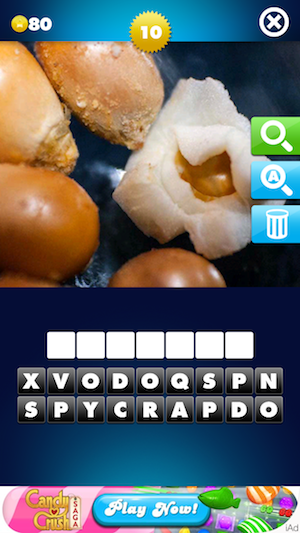 Aside from the ads, the game was still fun. I like seeing something and trying to figure out what it is. The pictures were challenging, and the way the pictures were taken by zooming in or out made them even more difficult.

Through The Keyhole is an iPhone app, and it’s available in the App Store for FREE! 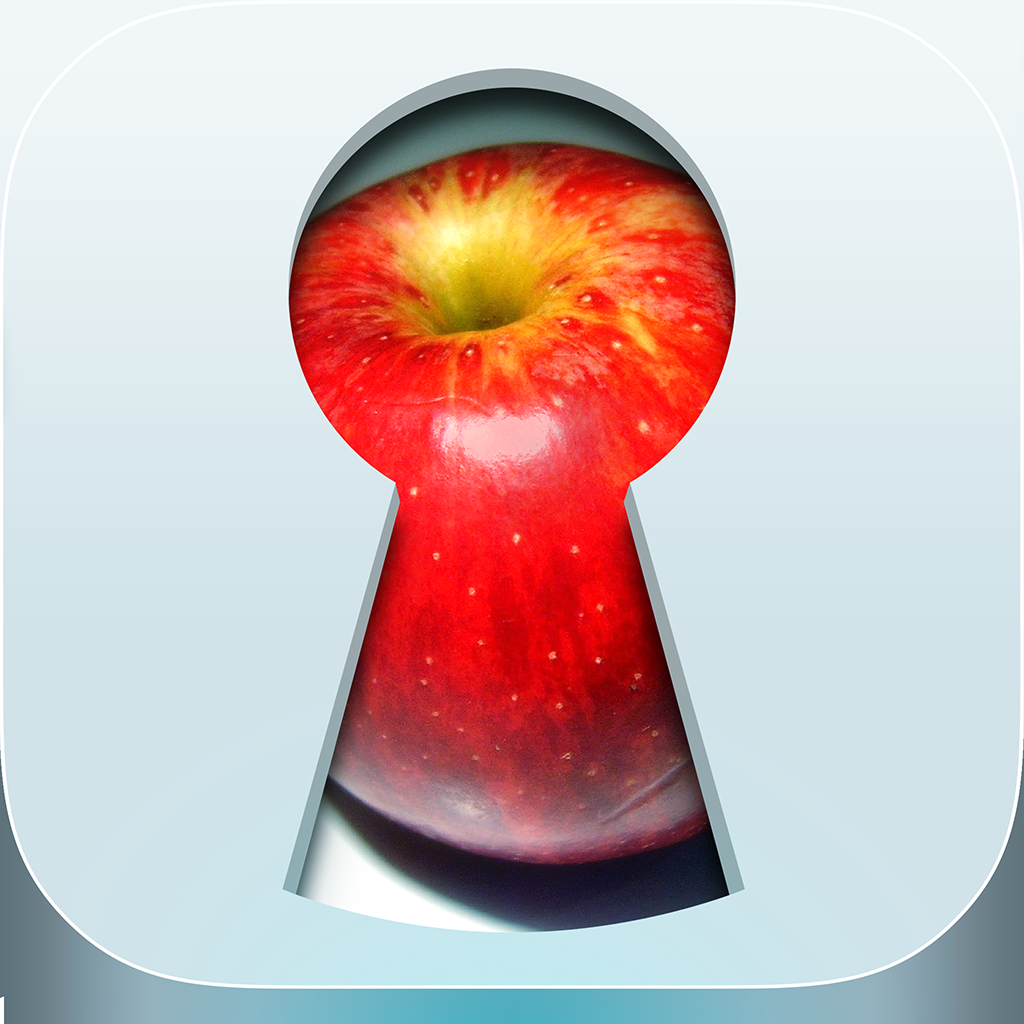 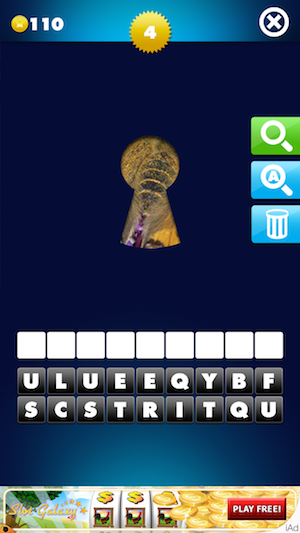 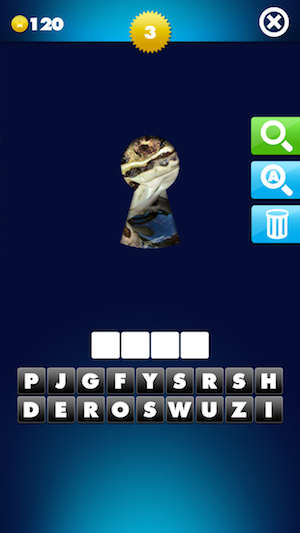 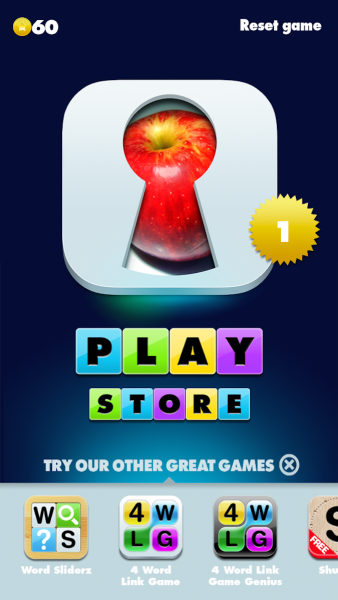