You are using an outdated browser. Please upgrade your browser to improve your experience.
by Kathryn Zane
May 13, 2013 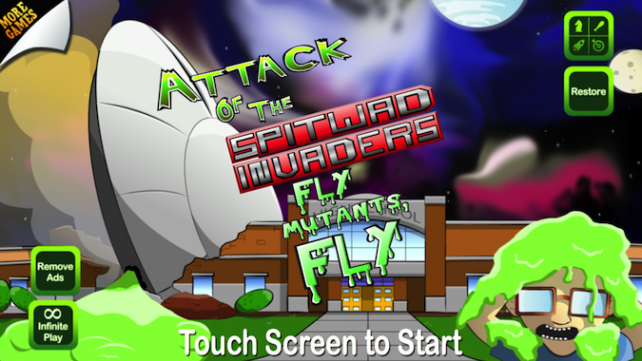 Attack of the Spitwad Invaders: Fly Mutants, Fly (Free) by Hoodoo Entertainment is an endless runner game about a mutant high school. No, this isn’t Xavier’s School For Gifted Youngsters. Instead of trying to protect and cultivate the mutant gene, you’re trying to take down the monsters who have succumbed to the toxic goo that is infesting the school. 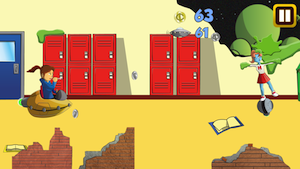 You can play as either a girl or a boy. Each character floats in an alien craft that hovers. You can only move up or down. To control the craft, hold your finger on the left side of the screen. To shoot the spitwads at the mutants, you tap on the right side of the screen.

One of the first things that I noticed about this game is that you don’t play by yourself. By now, it’s a pretty well-known fact that I live in a closet of tech gadgets and have the horrible habit of hissing at strangers. I don’t play well with others. I thought at first that being forced to play against others would be a huge drawback. Instead, I was intrigued by it.

You begin the game with 1,000 coins. When you play a round, you spend 200 coins. Those coins go into a pot. Each player that joins the game adds an additional 200 coins to the pot. If you last longer than the other players, you win all of the coins.

Now, what happens when you run out of coins? The game automatically gives you another 500 coins to play with. I ran out of coins twice just to make sure. It actually took me longer to die on purpose than it did to earn an additional 2,000 coins by playing the game properly.

Every game is played against other people. You always have the potential to earn more coins. While you can play against your friends from Facebook, it’s not a requirement. The game will automatically arrange tournaments with other players.

There are ads that pop up in between the rounds. They don’t run while you play. However, if you’d still like to remove them, the in-app purchase will cost $1.99. You can also unlock infinite mode for $2.99. This allows you to play without dying. 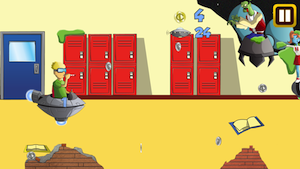 Instead of running away screaming when I found out that I would be required to play with others, I actually enjoyed it. You can see updates about how well you’re doing during the round, and it was satisfying to earn more coins by winning the game.

Attack Of The Spitwad Invaders is a universal app, and it’s available in the App Store for FREE! 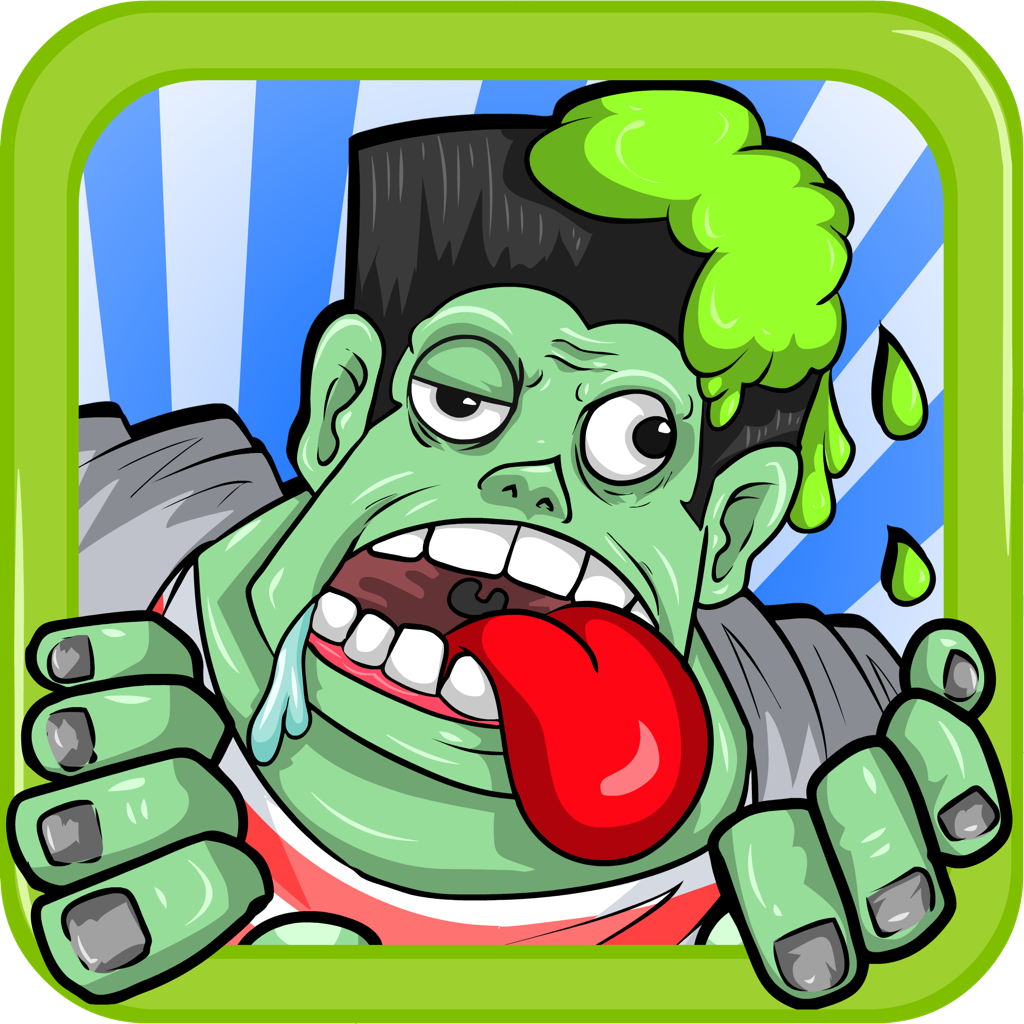 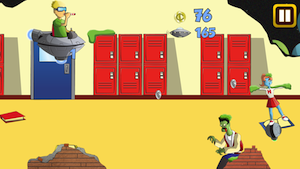 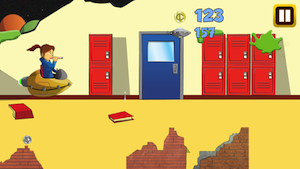 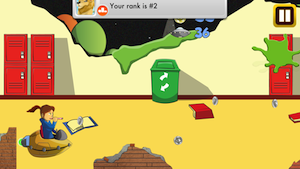 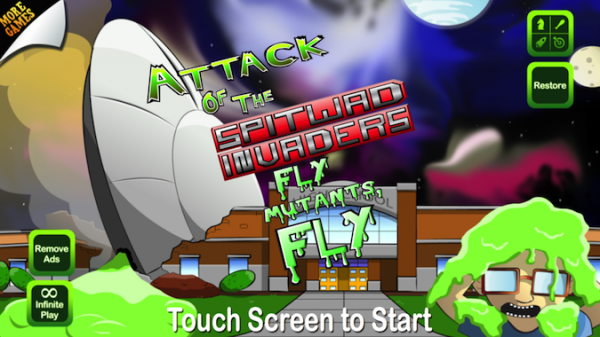