You are using an outdated browser. Please upgrade your browser to improve your experience.
by Katy Zane
October 21, 2013 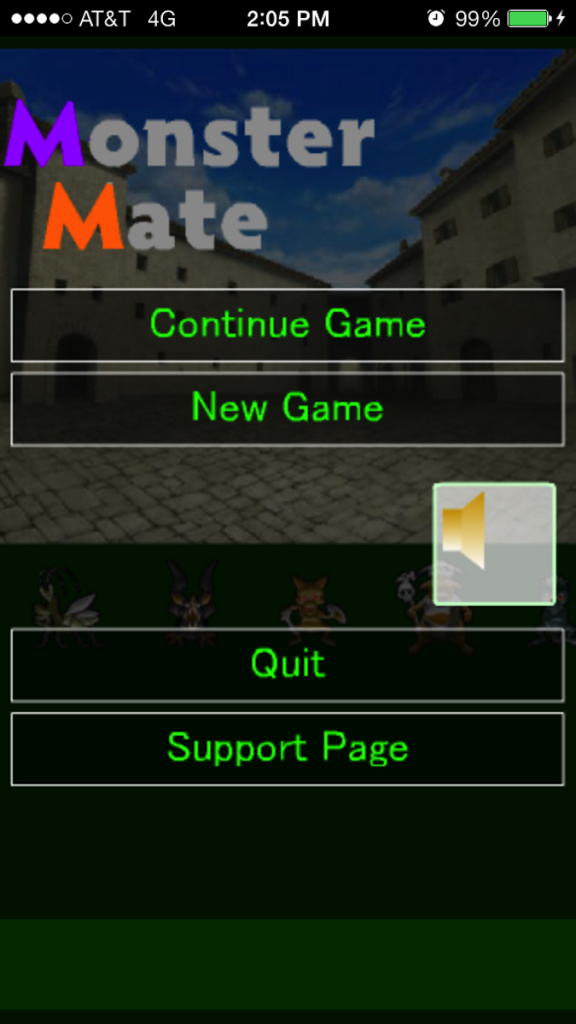 Monster Mate (Free) by Yutaka Aoki is a basic RPG that focuses on defeating and capturing monsters. Imagine if Pokemon and Final Fantasy V decided to have a child. That offspring would be this game. The retro style that I grew up with is amazing, and the premise isn’t a complete ripoff of Pokemon. 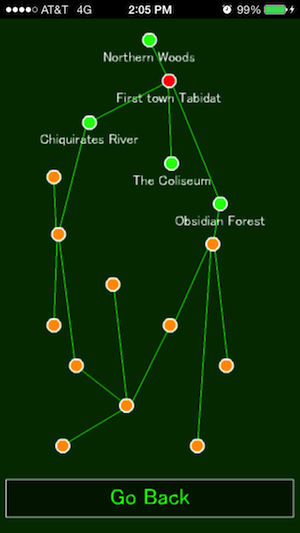 The first time you start a game is a little daunting. If you’re reasonably familiar with RPGs, you’ll figure it out without a problem. If you’re a little new to this genre, I’ve got you covered.

You begin your game with your monster named Slash. He’s a slug, I think. When you are ready, you click on the depart button, and a world map will show up. The green places are areas that you have access to. The best place to start is the Northern Woods.

When you click on the Northern Woods, you see an alert that there are signs of monsters. A monster will then appear, and you can fight, defend, or escape. The last two are self-explanatory.

Attacking has three options. You can attack manually, which allows you to choose how each monster will attack. You can auto attack, and every monster will do a basic assault. You can also auto fight which will allow some monsters to attack and some to use magic.

Unlike Pokemon, weakening a monster does not allow you to try and capture it. The monster will randomly choose to join your party after you defeat it. You don’t have any choice in which monsters will want to join or not.

You can combine monsters to make newer, stronger creatures. Considering the fact that I started out with a slime ball, I’ve very interested in this feature. To make a new monster, you need two monsters that are at least level 10. You open the members tab in the game menu, and you select one of the monsters that you want to combine. Click on the combine tab, and then you can then choose the other monster. Et voilà! A new monster is made.

This game does have ads that run along the bottom of the screen. They were out of the way during the game, and there were no pop-up menus to worry about. 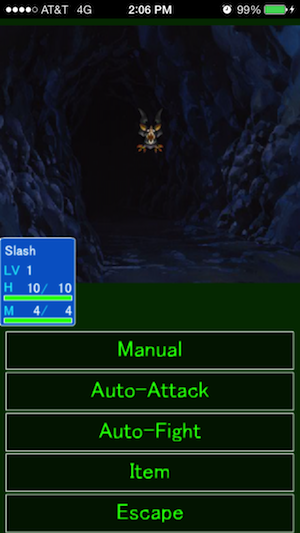 Monster Mate was a great game to play. It reminds me of the old SEGA game “Shining In The Darkness.” It’s a fun retro RPG for anyone who enjoys that genre, and it’s a great starter game for anyone who wants to try one out.

Monster Mate is an iPhone app, and it’s available in the App Store for FREE! 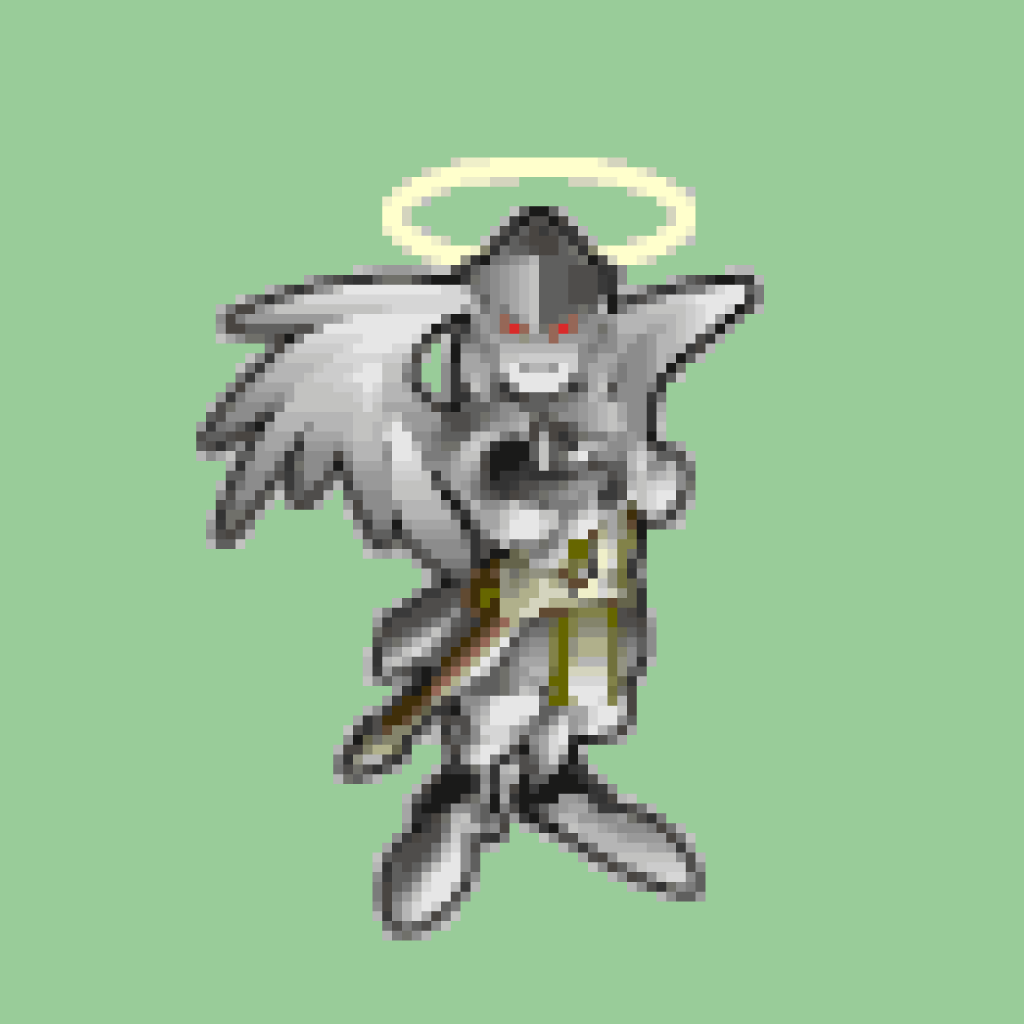 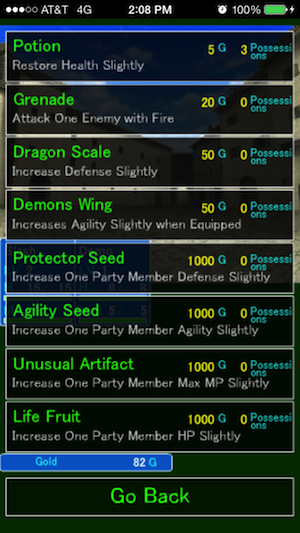 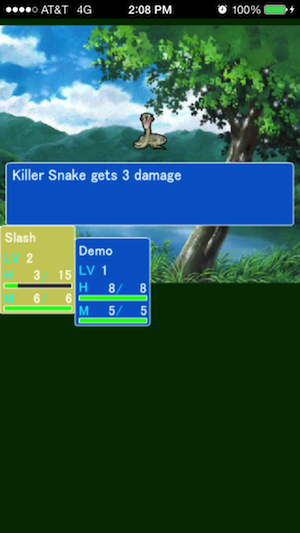 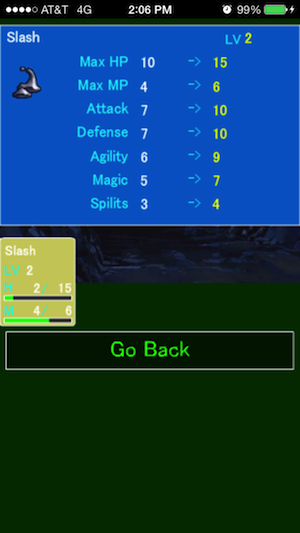 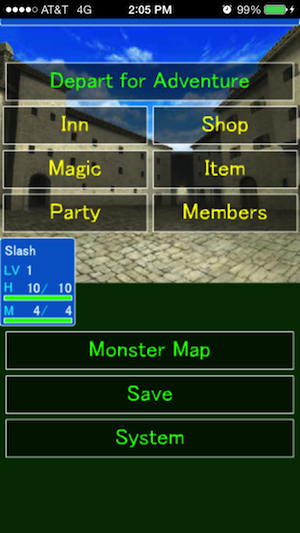 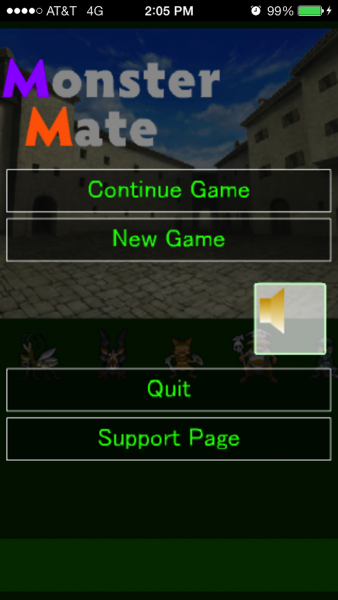