You are using an outdated browser. Please upgrade your browser to improve your experience.
by Christine Chan
July 28, 2016 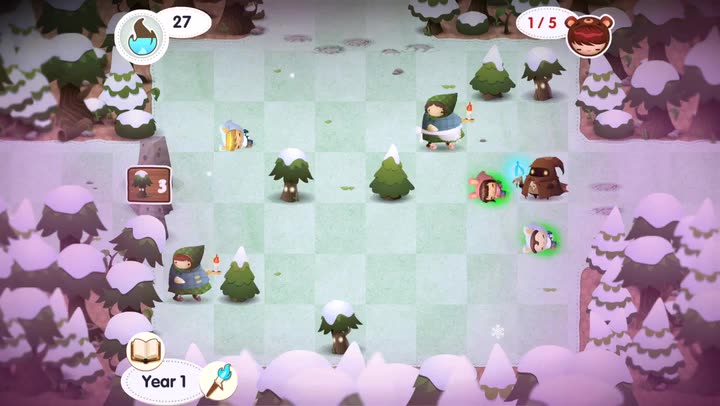 Road Not Taken ($4.99) by Spry Fox, LLC is a puzzle game about the surprises of life. If you enjoy turn-based puzzle games that are as challenging as life itself, then Road Not Taken will be right up your alley. Don’t be fooled by the cute fairy tale style — this game won’t be easy.

Over the years, I’ve played a lot of video games, especially on mobile as I’ve been here at AppAdvice. While I do enjoy a wide variety of games, some of my favorites on mobile continue to be puzzle games, with roguelike games also quite high on the list. So when I saw Road Not Taken on the App Store, I was pleasantly surprised. After all, this game also came from Spry Fox, which is one of my favorite game development studios at the moment after the release of Alphabears and Bushido Bear. I mean, who can resist their adorable art style and addictive gameplay? Road Not Taken may not feature the same cute bears from these releases, but that’s completely okay — Road Not Taken has its own set of challenging charm that sets it apart from recent Spry Fox releases. 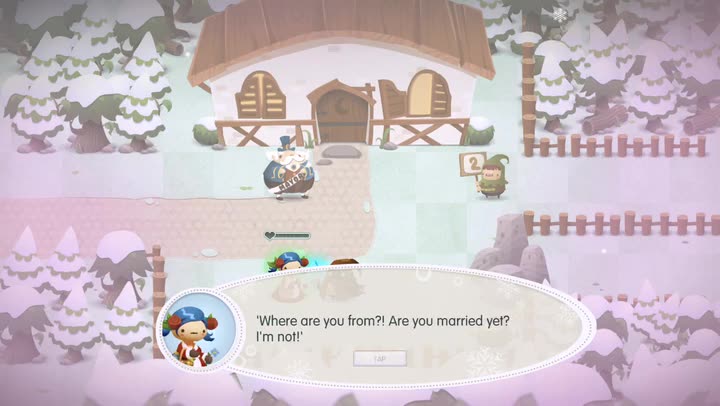 The visuals in Road Not Taken are beautiful and stunning. From the App Store screenshots, you’ll immediately think of some kind of fairy tale or something that is whimsical like that. But the truth is the game is far from it. Still, I found the game’s cartoonish graphics to be rather impressive, as everything is packed with texture and detail, and character sprites are bouncing with life and emotion. The colors that are used are a nice range of soft pastels to rich and vibrant hues, depending on the situation that you find yourself in, of course. Animations in Road Not Taken are smooth and fluid, so I had no lag on my iPhone 6s Plus. Music in the game is also incredibly well done, as there is an evocative and atmospheric soundtrack in the background that reflects the challenges you’ll be facing. If only real life worked the same way, right? Overall, Spry Fox did an excellent job in creating a gorgeous world for a charming and engaging game.

In Road Not Taken, there aren’t exactly levels for players to go through. Instead, you’ll get dropped into the story of a ranger, with the magical capability of levitation and telekinesis, who finds himself in a remote village during the aftermath of a powerful winter storm. Being the good guy that you are (as the ranger), you end up taking on quests to help out the villagers who have lost their children in the forest as they were sent to help their parents pick winter berries. Each time you play, you will experience a procedurally generated story, so every run you try will be different. Naturally, as you talk to the villagers, they will describe to you an ideal way of life that involves getting a job, falling in love and getting married and then having children. But as you start each new journey for the day, paths will change, characters are different and result in different relationships to forge, just like in real life. And since everything is procedurally generated as you set out for the day, there are unlimited possibilities of what you will encounter. The replay value is definitely up high with Road Not Taken.

The controls in the game are simple and straightforward. To move, just swipe on the screen in the direction you want to go, or hold down on the screen to continuously move in that direction. To interact with objects, like trees, lost children, bee hives, and more, just tap on them when you’re adjacent to them. You can carry the items around as you move, but this will take up energy (one for each square you move), which is shown in the top left corner. If you tap on the screen as you’re carrying an item, you will throw it in the direction that the item was facing. If you have not yet moved while holding an object, you can simply put it down without throwing it by doing a long tap on the screen. 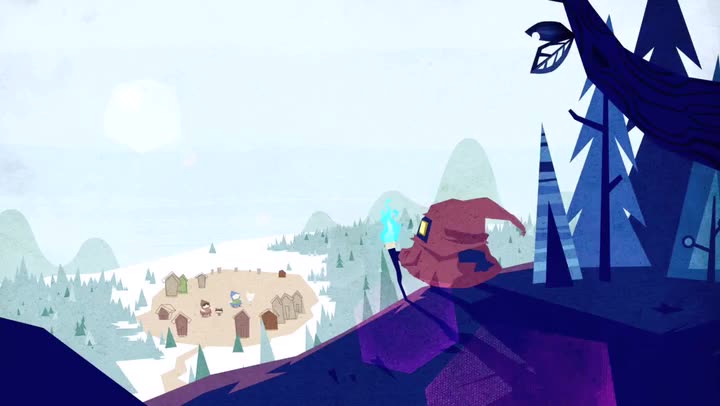 As you explore each path and try to accomplish the quests, you’ll encounter many challenging puzzles along the way. It’s important to pay attention to the signs — they will tell you what you need to do to unlock the path to the next area (such as matching a group of trees), or even give you some helpful hints, such as telling you that four bee hives will give you honey, which replenishes energy (any type of food will have this effect). Any enemy characters you encounter are dangerous, so you’ll want to steer clear of them. But sometimes you may not have a choice and you’ll be face-to-face with danger, since the enemies move when you do. But since you have telekinesis, you can also pick up enemies and throw them, so make sure to take advantage of that if the situation arises. The game has a wide variety of dangerous foes that you’ll face, and there are also boss battles. Essentially, you will have to think before you move in this game.

If you run out of energy, then it’s game over. You’ll see what you’ve accomplished on that run, and then you’ll find yourself back in the village once again, ready to set out on the next journey. Each run will be different in terms of paths, characters, enemies, and obstacles, so the surprise is a great element to keep you coming back time and time again.

I’m still very early on in Road Not Taken, but so far, I’m enjoying the challenge that the game presents. The visuals are top notch, just as I’d expect from Spry Fox, and the soundtrack is truly captivating and immersive. I think the controls could be better optimized, though, as I did have some moments of struggling when I was trying to figure the game out, especially when it came to throwing and placing things down. Still, the story of the game is vast, and reflects real life well. And the puzzles themselves are rather tricky and devilish at times, which is nice to have. Plus, the randomly generated runs each time mean you’re always going to be in for a surprise.

I highly recommend checking out Road Not Taken if you are a fan of Spry Fox, or just like roguelike puzzle games in general. You can find Road Not Taken as a universal app on the App Store for your iPhone, iPad, and Apple TV for just $4.99. There are no in-app purchases. 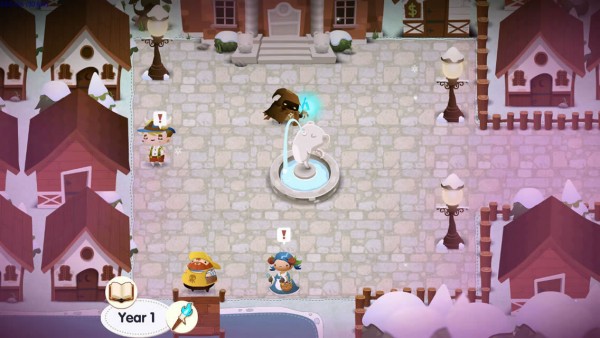 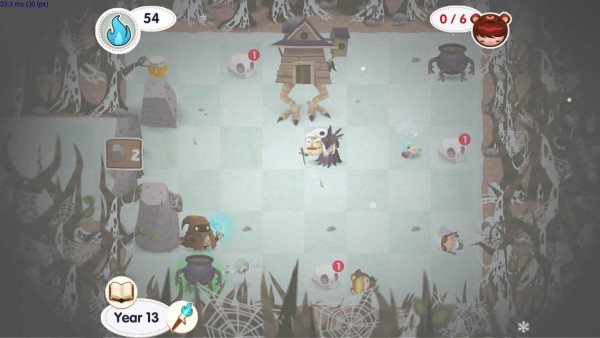 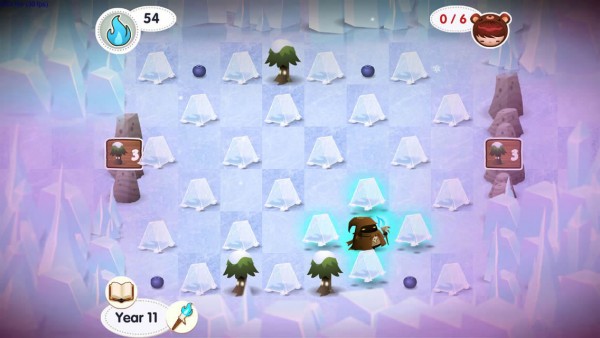 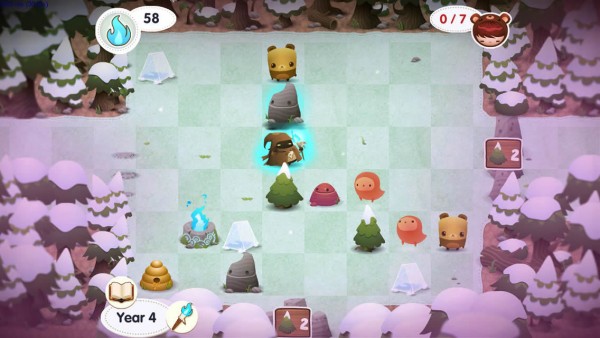