You are using an outdated browser. Please upgrade your browser to improve your experience.
by Christine Chan
August 27, 2015 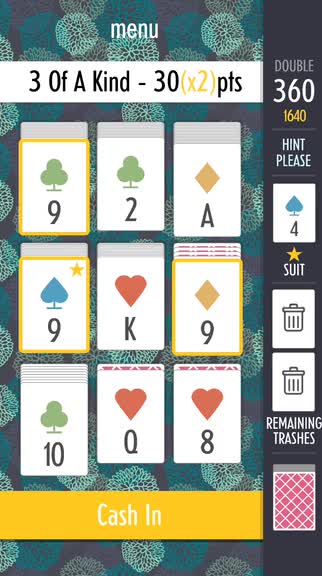 Sage Solitaire (Free) by Zach Gage is the latest game from the same guy behind a gem called SpellTower. If you are a fan of simple but challenging card games like Pair Solitaire, then you are in for a treat with Sage Solitaire.

Remember the days when everyone just played Solitaire on their computer (and maybe some of you still do at work) to pass the time? Those days are long gone, and the game of solitaire has evolved a bit with modern mobile games. I grew up with classic Solitaire and other card games, but I love seeing what developers can do with such a traditional foundation. Without some innovation, we wouldn’t have great games like Pair Solitaire and now Sage Solitaire. In fact, once you get started with this one, you will find it incredibly difficult to put down. 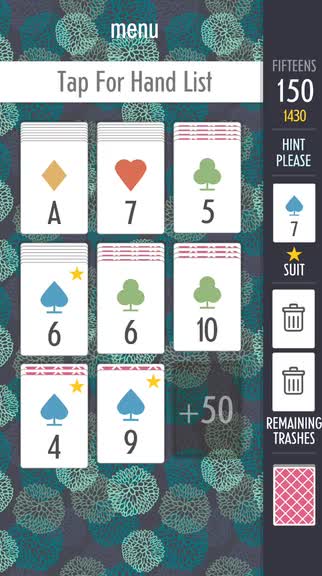 The visuals in Sage Solitaire are simple and clean, just as a mobile card game should be. While you can retain a minimalistic theme (similar to SpellTower), there are a number of backgrounds and card backs that you can use if you go for the full game unlock, which is $2.99 and includes two more game modes and statistics. If you opt for the in-app purchase, you’ll be able to alter the game’s appearance to suit whatever your mood is. Regardless of what you choose, Sage Solitaire has bright and vibrant colors and smooth animations. The typography used is also easy-to-read, though I do wish the “Menu” text in-game would change to better contrast the background being used, as it can sometimes be hard to see. The game does not have background music, but the sound effects are a fun touch.

With the initial free download, Sage Solitaire includes the Single Deck game mode. The goal is to clear out all of the cards in the deck by making hands. The hands can be something as simple as a Pair, but if you can get a Flush or Straight, you get more points for it. But there is one big catch in Sage Solitaire: you must use cards from at least two rows, and if there are no more hands that can be made, then you lose. For each game, there is a bonus suit, where any hands that include it net you double points. But there is also one card from that suit that has been dealt out of the game, which you can see in the right-hand sidebar. If you’re stuck, you can “trash” a card by selecting it and then choosing the trash can button, or get a free hint (they’re unlimited). The trash cards are limited, but you earn another one by making a hand of any kind. If you are unable to make any more moves, then the game is over.

It’s a simple concept, but pretty challenging once executed. If you go for the full game unlock, you also get two more game modes: Double Deck and Fifteens Mode. The Double Deck is exactly like Single, but with more cards since it is going through two decks instead of one. Fifteens is the same as Single, but with one change: you can make a hand of any card combination as long as the total value adds up to 15. It’s an interesting twist that opens up many more possibilities, and I would even consider it easier than the other two modes, as I’ve managed to win one game in Fifteens but none in Single or Double. 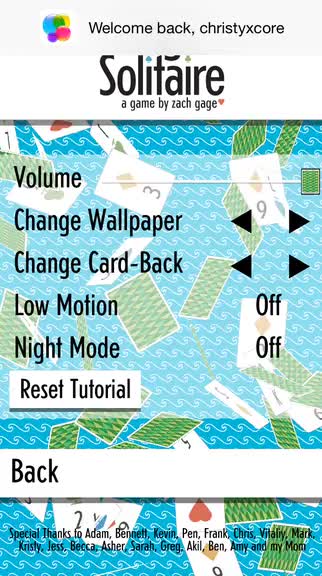 As I mentioned, Sage Solitaire gets pretty difficult to put down once you understand how the game works and get into the flow of things. This is one of those games where it relies heavily on the “just one more” mentality, but hey, it is fun and challenging! The in-depth statistics that come with the full game unlock are a nice thing to have if you are ever curious about your progress, and it is all synced through iCloud. And when you want to play in the dark, the Night Mode feature is handy.

Since this is one of those games with high replay value, there is full support for Game Center, naturally. There are three leaderboards for each game mode (high score, fastest time, and lifetime clears). Unfortunately, there are no achievements.

I’ll always have a soft spot for card games, so it’s no surprise that I’m in love with Sage Solitaire. The game looks fantastic, the sound effects are nice, and the gameplay itself is a fresh and challenging new take on the classic klondike solitaire formula.

I highly recommend checking out Sage Solitaire if you enjoy a good card game as much as I do. Sage Solitaire is on the App Store as a universal download for free with an in-app purchase of $2.99 for the full game unlock, which is well worth it. 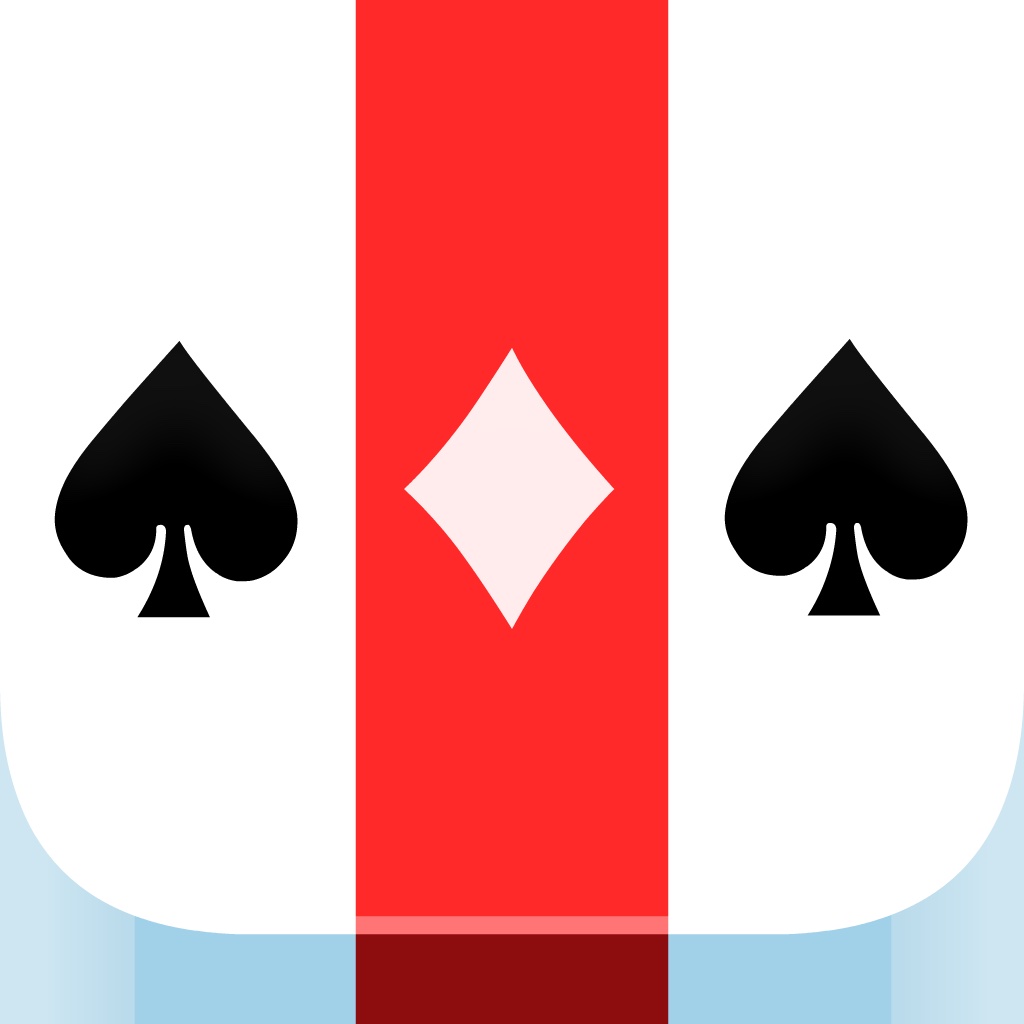 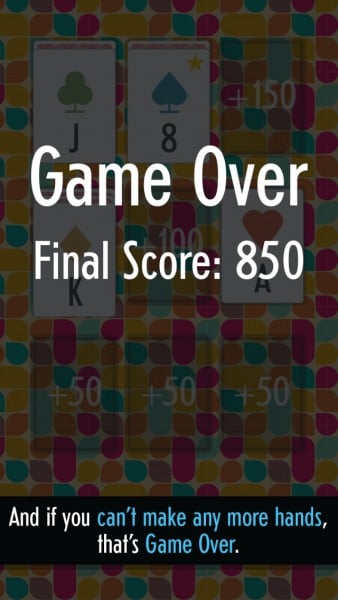 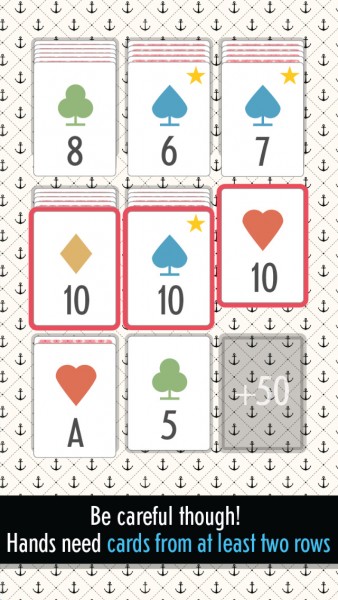 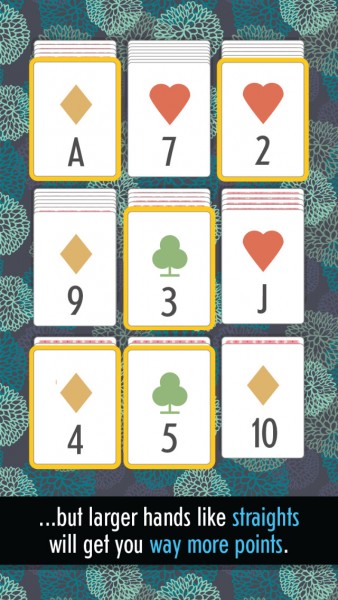 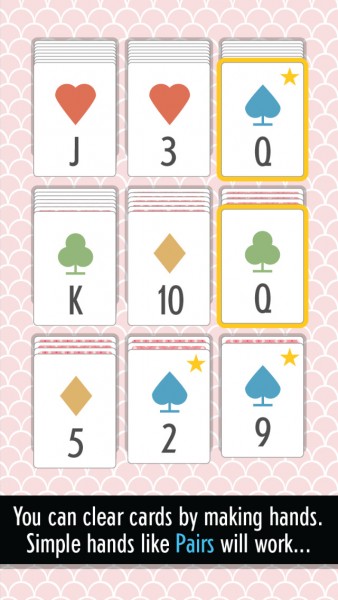 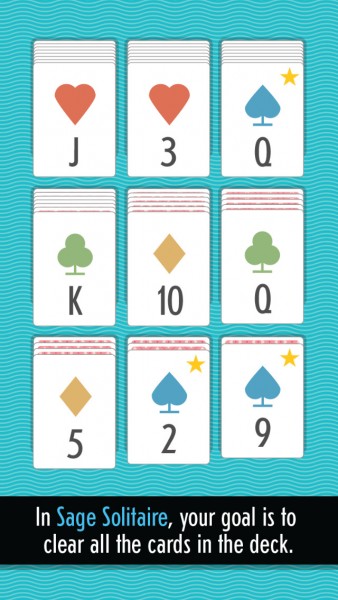