You are using an outdated browser. Please upgrade your browser to improve your experience.
by Christine Chan
February 11, 2016 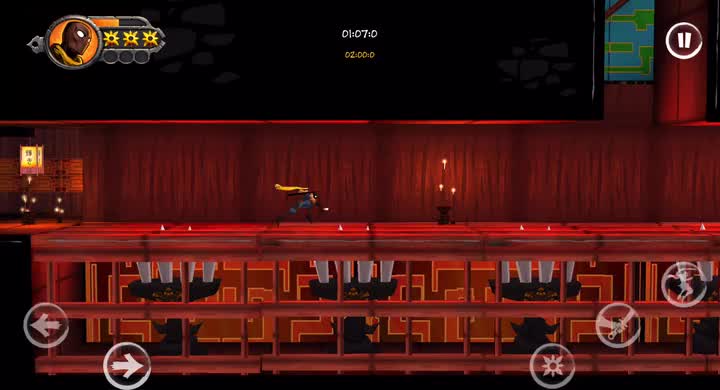 Ever since I started watching anime in high school, I developed a liking for ninjas and all kinds of crazy action in cartoons. I mean, what’s not to like about stealthy shadow-like warriors who use katanas and are super agile? And of course, I grew up on platformer games back in the day, so naturally, when you mix in kickass ninjas and action-packed platforming, I’m all over it like white on rice. I enjoyed the original Shadow Blade when it first came out two years ago, but as a big Crescent Moon Games fan, I was eager to check out what else they had in store for this awesome action platformer game. Turns out they did not disappoint. 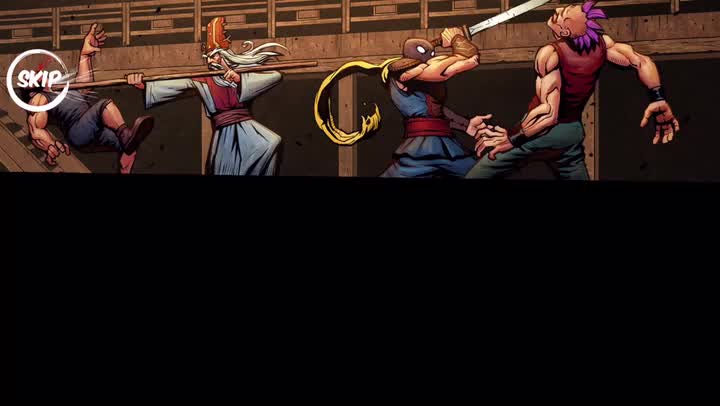 Visually, Shadow Blade: Reload is stunning. Since the original came out a while ago, the graphics in this followup are much more polished and look fantastic on Retina screens. It has a classic graphic novel art style to it, which just adds to the overall charm of the title. The environments are vast and full of small details, and the colors in the game are a nice mix of dark and gloomy and rich, vibrant hues, depending on where you are. Shadow Blade: Reload also doesn’t skimp out on the textures, so everything is about as realistic as you’d expect from a detailed graphic novel. Animations in the game are smooth and fluid, with no lag on my iPhone 6s Plus. The ambient soundtrack is captivating and fits in perfectly with the theme, making you feel drawn into the world. Sound effects are a bit “bloody” as you slice up your foes, but that just adds to the charm of the game. I mean, it’s ninjas — what did you expect, rainbows and sunshine?

In Shadow Blade: Reload, there are two game modes: Story and Challenges. The Story will take you through the campaign, which has a pretty simple enough story and you’ll traverse through different stages on a map until you finally restore balance in the world. There are more than 40 levels, and each stage has a different layout, naturally, and you must go from the start to the ending point while getting rid of all of the enemies that stand in your way. There are also four challenging boss fights that you’ll need to best to progress in the game. You get a grade at the end of a level depending on your performance, with points awarded for completing it quickly, kills, and completion (finding orbs and kanji). If you die, you get penalized for it, so the less deaths, the better. Challenges are more like tests of skill and endurance, with difficulty levels that are much harder than the campaign levels. These are real challenges and not for the faint of heart — I recommend playing the story mode first and mastering the basics before even attempting to do Challenges.

Controls in Shadow Blade: Reload are simple and straightforward. If you’ve played platformers before on the iOS platform, then you’ll be familiar with the generic control scheme. In the bottom left will be two directional buttons for your character to move left or right. You can double tap on these arrow buttons to perform a dash in that direction, allowing you to smash through some feeble wooden blockades. On the opposite side, you have three buttons: jump, attack, and ranged attack with shurikens (ninja stars). You’re only able to throw three shurikens at a time, so make sure to keep an eye on that in the top left corner to make sure you have enough at any given time. You can perform double jumps by tapping the button twice, and when you’re on a wall, your ninja can perform wall jumps consecutively as long as you keep the momentum going. As you’re in range of enemies, tapping on the attack button lets you slice them up and move on. 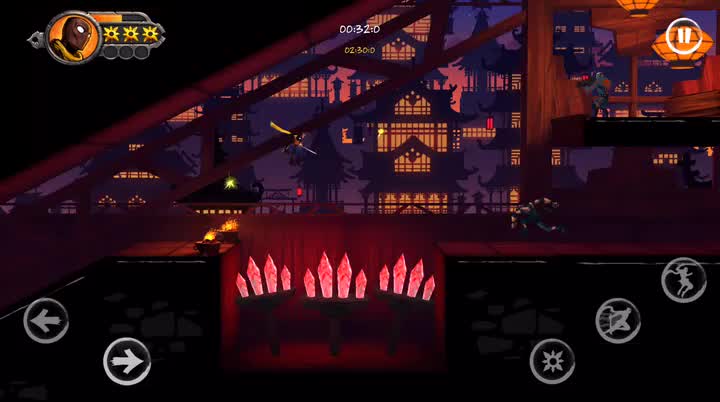 Due to the fast-paced nature of the game, you will die if you fall into a dangerous obstacle like spikes, or get hit by an enemy (ranged or melee). However, there are many checkpoints that are scattered throughout each stage that allows you to pick up from that point if you die, though again, you are penalized for deaths, so keep them to a minimum if possible. You can always attempt to restart it and try for no deaths after you memorize how a stage goes. As new enemy types are introduced in the game, you’ll get some interesting little cutscenes that show off their unique specialities, which let you strategize how to bring them down.

Even though there is a set number of stages in the campaign and challenge modes, there is plenty of replay value to be had here. You’ll always want to go back and replay levels to find all orbs and kanji that you may have missed, and it’s fun to try and best your own previous high score. The game also has Game Center integration for leaderboards and achievements, so you can compare scores with each other.

I’ve only been playing Shadow Blade: Reload for a bit, but so far I’m loving every second of it. The game looks gorgeous, the music gets you in the mood for some ninja action, and the controls are intuitive. Gameplay starts out pretty simple, but the difficulty level amps up gradually, giving you enough of a challenge to keep you busy. Having two different modes means there is enough variety in the game to keep things fresh as well, so the replay value is high. The only thing I don’t like about the game is that everything looks rather small on the iPhone, even the 6s Plus, so I wish that things could be a bit bigger, as I sometimes died due to not clearly seeing what was ahead because of the small graphics and fast pace. Hopefully this can be fixed in the future, but it is still a fun game overall. 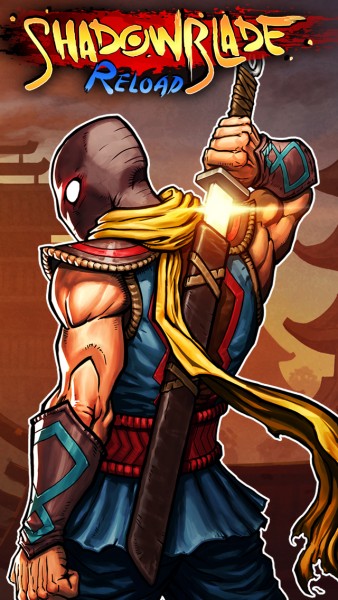 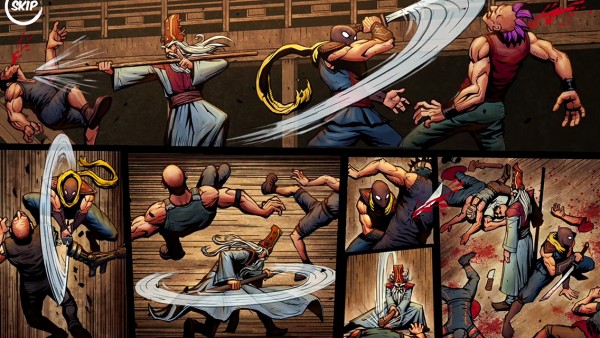 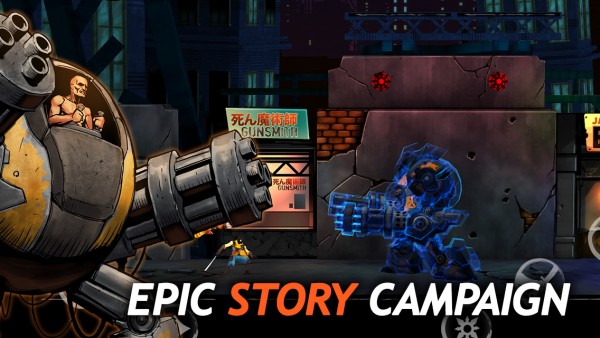 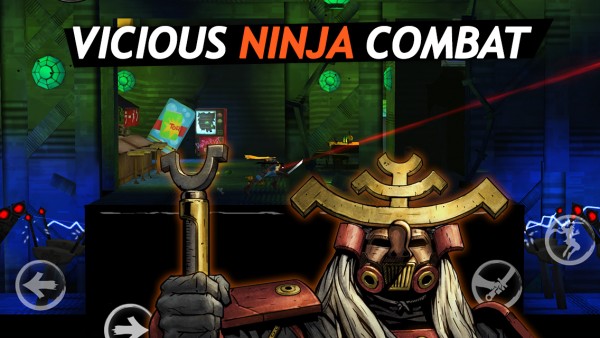 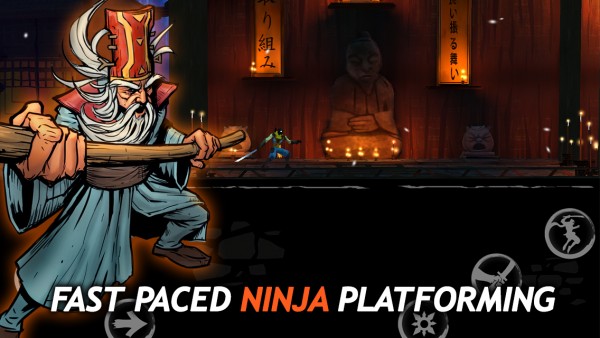 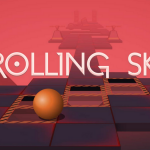 The fast-paced Rolling Sky brings a challenge like no other
Nothing found :(
Try something else