You are using an outdated browser. Please upgrade your browser to improve your experience.
by Christine Chan
September 27, 2016 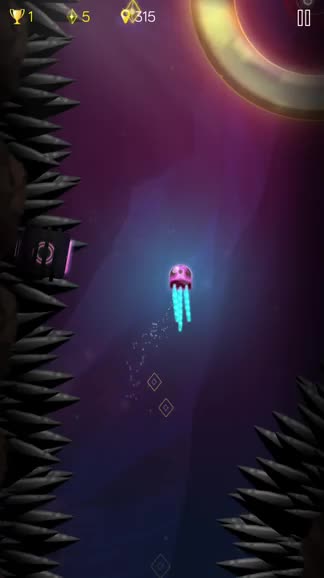 Slip Away Mystify ($1.99) by Nanovation is an arcade puzzle game that will truly put your reflexes to the test. For those times when you’ve wondered what it would be like to be at the bottom of the ocean and make your way up, this game helps you get a feeling of how difficult that is. If you enjoyed other games like SHREDD (formerly dEXTRIS), then you’ll like what Slip Away Mystify brings to the App Store.

As someone who loves the ocean, it still terrifies me to think of what lies at the very bottom of the sea, because it’s a big unknown for me. I’ve seen what people think it is like in movies and television shows, or even documentaries, but still, it’s a different feeling than being there yourself. But that feeling is something I have always wondered about myself, and fortunately, it can be simulated in video games. I don’t think my reflexes in games are as good as other people, but hey, I’m always willing to give it a shot. So when I saw Slip Away Mystify on the App Store, I was definitely intrigued.

Visually speaking, Slip Away Mystify is beautiful. The game puts you in a world that represents the bottom of the ocean, and you’re a bright and vibrant jellyfish-like creature. The aquatic environment around you is filled with dangerous spikes, pitfalls, lasers, weird contraptions, and other oceanic predators, and everything is full of amazing detail and textures. The colors are incredibly well done as well, as it ranges from dark settings that are lit up from the various glowing objects and other life forms, including yourself. It’s a great use of contrast in color, and it’s very eye-catching. The music in Slip Away Mystify is another fantastic element, as it is atmospheric and adds a layer of tension and suspense to the game as you try and keep your focus. Overall, Nanovation did a great job in terms of visuals and audio for the game.

In Slip Away Mystify, players will have to make their way through 50 challenging levels split up between two worlds (Mysterious and Obscure) that will test the reflexes of even the most skilled players. You’ll have to go through all of the stages one-by-one, unless you manage to collect enough of the yellow gems to skip harder levels or unlock new playable characters. The goal in each stage is to get from the starting point to the key at the end of the level that allows you to open the gate and move forward. However, it’s much harder than it looks, so when you manage to get past a level you’ve been stuck on, it’s pretty rewarding. 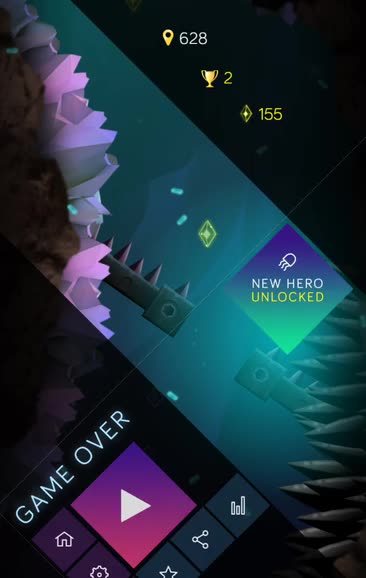 The controls in Slip Away Mystify are simple and intuitive enough for anyone to pick up, but it’s difficult to master. Just tap on the left or right side of the screen to have your jellyfish propel themselves upwards towards that direction. When you don’t tap, you’ll start to sink swiftly, but you don’t want to tap too fast because you’ll die if you hit the spikes or other obstacles along the way. The game is about being patient, precise, and dextrous, so all of these will be put up to the trial. And don’t think that the level is done once you just grab the key — you’ll need to make it through the actual gate itself to be done.

As I mentioned earlier, there are yellow gems that you can collect as you swim. The gems are optional, but the more you collect, the more character skins you’ll unlock and you can get the option to skip the insanely difficult levels if you have enough gems. While the game does not have a time limit or other restrictions and lets you play at your own pace, it is still rather difficult.

I just started playing Slip Away Mystify, and despite the overall difficulty level of the game, I’m enjoying it. The art in here is gorgeous, the music is engaging and immersive, and the controls are simple (but hard to master). It’s a challenging game, but once your overcome a stage that you’ve been stuck on, it’s immensely rewarding. 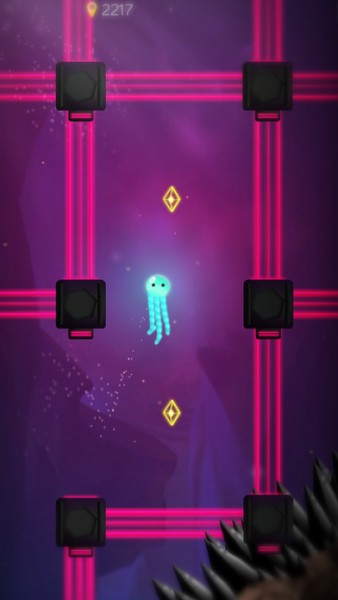 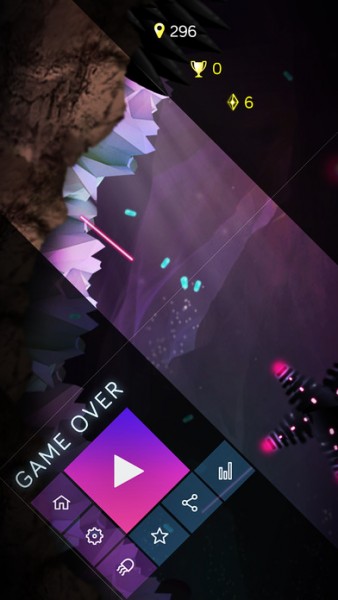 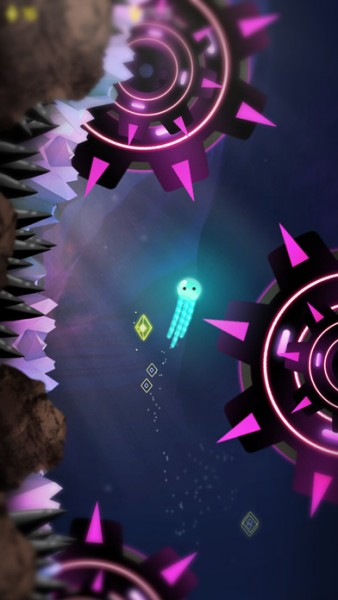 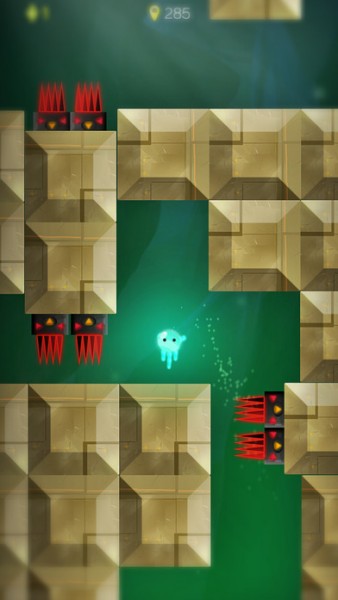 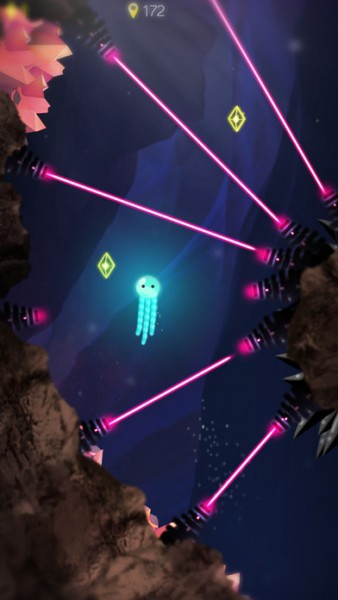