You are using an outdated browser. Please upgrade your browser to improve your experience.
by Christine Chan
August 31, 2016 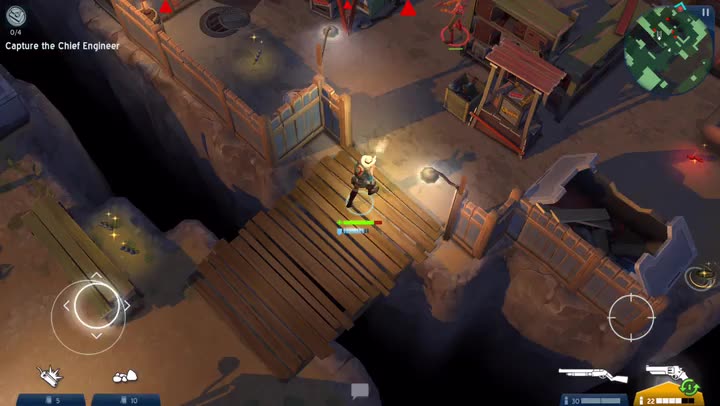 Space Marshals 2 ($5.99) by Pixelbite is the sequel to the original Space Marshals that came out a year ago. If you’re into quality, console-like tactical top-down shooters, then Space Marshals 2 is one that you should not miss. It’s a nice blend of tactical combat and stealth in a dual-stick shooter format.

I consider myself an avid gamer, though I believe I tend to stick to certain genres the most. However, I love a good dual-stick shooter, because who doesn’t like to go around shooting stuff and laying waste to their foes? Plus, it’s a great stress reliever if you think about it. While I did not play the first Space Marshals, I have heard good things about it so I was intrigued when I saw the sequel hit the App Store last week. Fortunately, even if you have not played the original, you can just jump right in to Space Marshals 2 without a care in the world and still have a jolly good time. This is also what one would consider to be a console-quality game, and it’s rather lengthy, so one won’t be disappointed with this purchase. 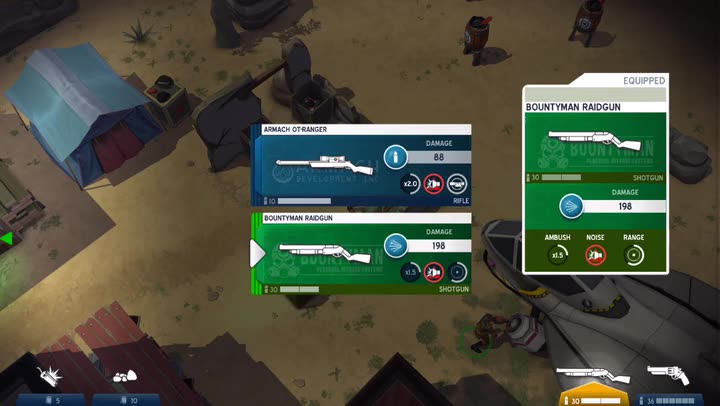 Visually, Space Marshals 2 is gorgeous. The game’s 3-D graphics are downright stunning, and look like something you would find on home consoles, which is due to the fact that everything is rendered in high definition with Metal. The different environments that you’ll play through are beautiful and packed with an immense amount of detail, including dynamic lighting effects. The spaceships have sharp designs, and character models are rendered nicely with realistic movements. Cutscenes are engaging and captivating as they reveal bigger plots behind the story, and the animations are buttery smooth with no lag on my iPhone 6s Plus. The game also has an ambient, atmospheric soundtrack that is immersive, and the sound effects definitely make the game feel more real.

Space Marshals 2 is a level-based tactical combat stealth game, and players have to advance through the story by going through and clearing each stage one-by-one. While the game starts out easy enough, the difficulty does pick up after a few levels, and you’ll find yourself on bigger maps that will take more time to complete. But if you’re a fan of lengthy and challenging tactical games, then this will satisfy your cravings. On each stage, players will have an objective, such as rescuing hostages, capturing a “big bad” for interrogation, burning enemy ammo stashes, and more. On top of that, there will be a smaller, secondary objectives that you can complete for even more medals (up to five on each level), and these include goals like getting rid of all enemies or high-value targets (marked with a skull on the radar). Since there’s a story behind everything, there will be boss battles that you’ll have to overcome too, so the variety of objectives and bosses keeps the entire game fresh and interesting on each new mission.

The controls in Space Marshals 2 are simple enough, though it will take a few moments to get used to things. In the bottom left will be the virtual joystick to move your character around. It’s floating by default, but you can toggle the setting to have it static and stay in the corner, though you still move if your thumb is not precisely on it. The joystick in the bottom right lets your character aim and shoot the equipped gun or throw a projectile, depending on what you have equipped in the load-out before starting the mission. To make it feel even more realistic, there is recoil from your weapon, so it takes a few seconds before you can fire again — make it count. Tapping anywhere on the screen lets you switch between Offensive and Stealth mode, and you’ll want to use Stealth mode to avoid being detected by enemies as well as sneaking up on them from behind to take them out quietly. 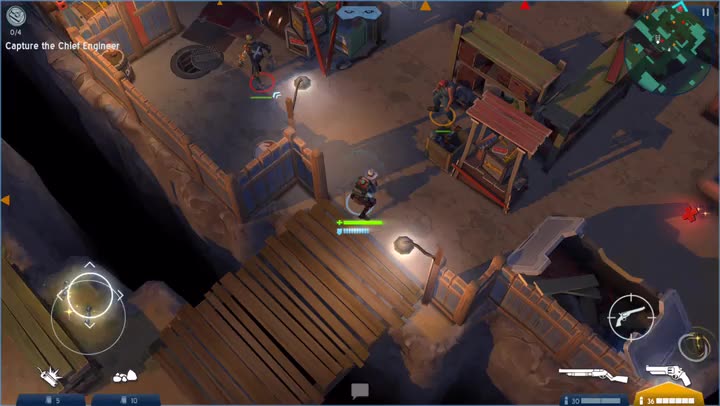 When you’re in Stealth, you can see the enemy’s line of sight as the red area in front of them, so avoid being seen by taking cover behind walls and boxes. To get through the game, you’ll have to know when to use Offensive mode and when to switch to Stealth, and vice versa — both are necessary in Space Marshals 2 in order to get far. To interact with objects in the environment, just tap on the button that appears on the object itself. Honestly, I would have preferred a button in the bottom right corner that lets you interact with things, because I feel I have to go out of my way to reach the button for object interaction.

For what it’s worth, the touch controls are decent enough for most. It can certainly be optimized better, in my opinion, but it works. If you aren’t satisfied with the controls but have a MFi controller around, you can use that as well, since the game fully supports MFi controllers, but you’ll need to have the extended layout on.

As you make progress in the game, you will earn rewards depending on how well you do in quests. The rewards will be random loot, which includes new long-range and short-range weaponry, armor pieces, and hats. Before setting out for each level, you’ll be at camp with the option to change your character’s gear. Take advantage of this time, because it will better prepare you for what’s ahead.

As someone who didn’t play the first game, I am enjoying Space Marshals 2 a lot. The HD graphics mean no detail is left out, the music and sounds are amazing to listen to, the controls work reasonably well, and the objectives and maps themselves are challenging. I’m not too far into the story yet, but it’s proving to be rather interesting so far, and it’s downright a ton of fun to play. I just wish that the controls were better optimized for interacting with objects, since it’s a bit of a hassle to reach out to the middle of the screen to tap something. Other than that, the game is well worth the money, especially if you’re into stealth and tactical combat games.

I highly recommend grabbing Space Marshals 2 if you haven’t already. You can find Space Marshals 2 on the App Store as a universal download for your iPhone and iPad for $5.99. There are no in-app purchases. 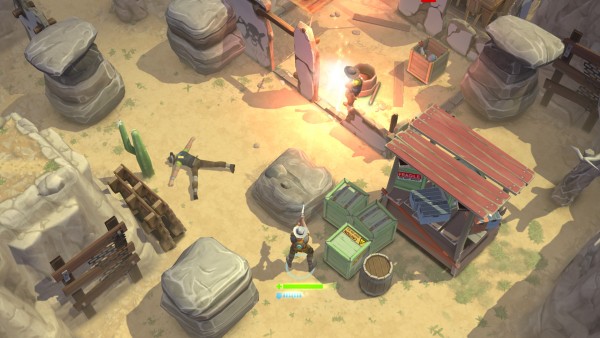 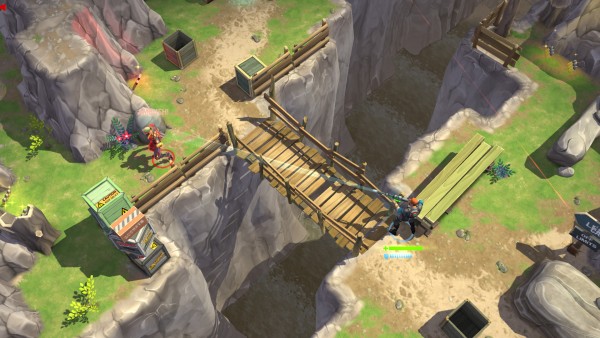 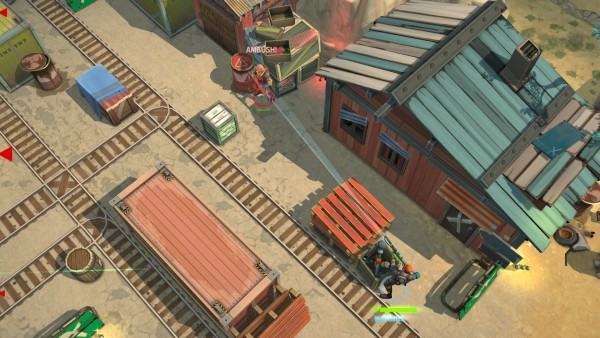 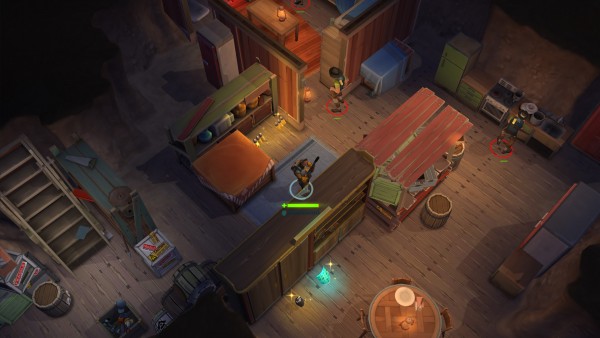 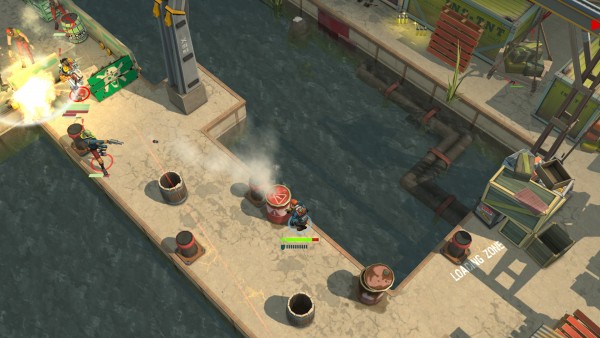 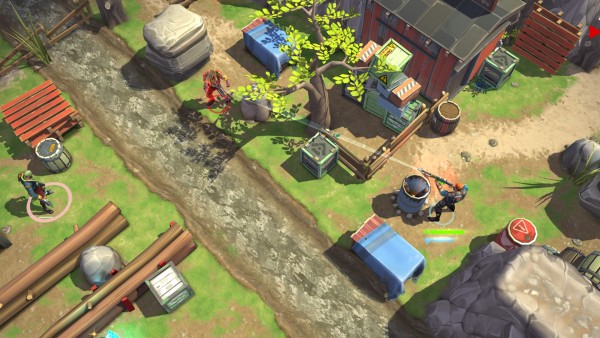 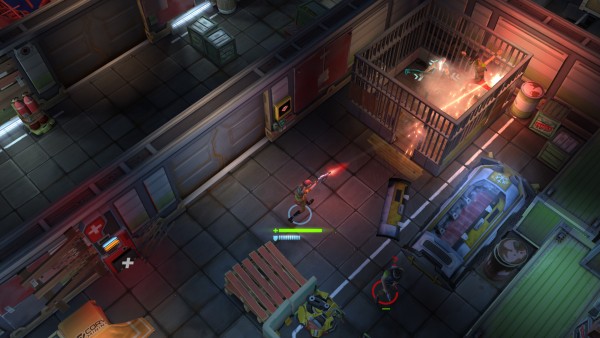 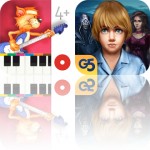 Oh man, you better Watch Yo! Back
Nothing found :(
Try something else