You are using an outdated browser. Please upgrade your browser to improve your experience.
by Christine Chan
November 30, 2016 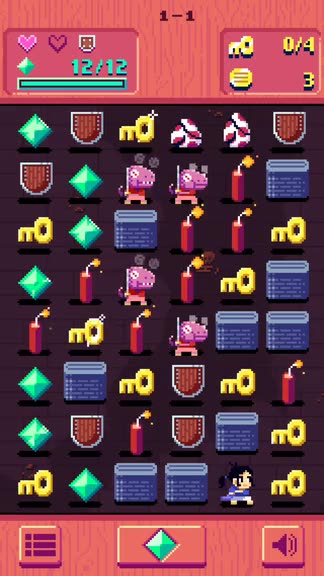 Swap Sword ($2.99) by Alec Thomson is a fantastic mashup of the traditional match-three puzzle game and a roguelike battlefield. If you enjoyed games like You Must Build A Boat and Hero Emblems, then you will love Swap Sword.

Even though a lot of my time these days has been spent on my 3DS for Pokémon Moon, I still can’t resist some great gems on iOS for whenever my 3DS is not handy. For my mobile gaming cravings, I can’t help but always return to some kind of puzzle or roguelike game for quick gaming sessions whenever I have a spare moment. With my love of both genres, it’s not surprising that I can’t resist a new match-three roguelike RPG game, so when I saw Swap Sword on the App Store, I knew I had to check it out for myself. Needless to say, I’m not disappointed and it’s well worth the money. 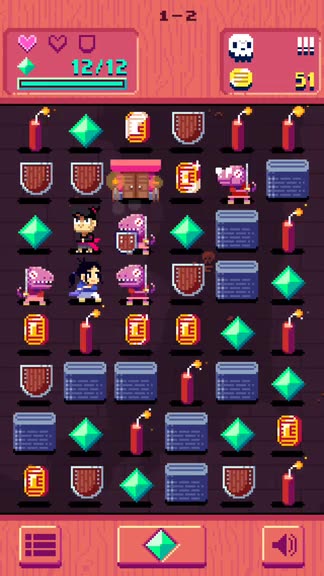 Visually, Swap Sword has an awesome retro aesthetic, featuring a highly detailed pixelated art style. Seeing the game in action on my screen definitely takes me back to my childhood with the classic consoles like Super Nintendo and Sega Genesis. Despite the pixel art style, I found the game to be packed with incredible detail due to the textures and shadows on each individual game piece, characters, and enemies. The colors used in the game are bright and vivid, which is certainly pleasing on Retina screens. Animations are rather smooth and fluid, so I had experienced no lag on my iPhone 7. While the game doesn’t have a soundtrack playing in the background, it does have some delightful sound effects that are fun to listen to while you match and slay your foes, but of course, you can turn them off if you prefer as well. And while there’s no background music, you can always provide your own, which is nice. Overall, the developer did a great job with the visuals, because they’re one reason I keep coming back.

Since Swap Sword is a roguelike game, that means that you’ll be starting from the beginning no matter how far you got previously before you died. If you’re not a fan of the roguelike system, then this game is not for you. But if you enjoy an always-different experience thanks to the procedurally generated dungeon layouts, then this game is packed with the good stuff. The game features several different types of terrain that you’ll come across, and while the order that they appear seems to be preset, the layout for each run is different. So while you may have done exceptionally well before, there is no guarantee that you’ll get the same results again. The goal is simple: get as far as you can through all of the different terrains and dispatch your enemies as quickly as possible until you find the door to the next area. While that sounds easy enough, the stages get increasingly difficult as you find new environments and foes that come with the territory.

The mechanics and controls in Swap Sword are pretty straightforward, especially if you’ve played any match-three RPG before. To swap adjacent pieces with each other, just swipe on top of the piece you want to move in the direction you want. For it to be a valid move, the piece must line up to make a match of at least three or more in a row or column. If it does not, the game won’t allow you to swap the piece. 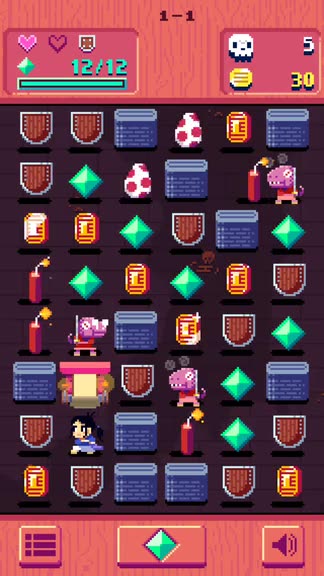 The game board will consist of various types of pieces, such as green mp diamonds, shields to protect you from a hit, keys to reveal the stage exit, dynamite to blow up a row or column (watch out — this hurts you too), and walls that can protect you from enemies. If you’re ever confused about a game piece and what it does, you can long press on it to get a tooltip that explains it. Speaking of enemies, they will show up as eggs at first, but as you take your turn, they will soon hatch into various creatures that are out to get you. Once they’ve hatched, they will be able to move a space after you make a match, so the key is to plan strategically. You can swap with an enemy to attack, or line up three or more to clear them out in clusters.

If you stay on a stage long enough, “Death” eventually arrives, and your sword isn’t fast enough to kill them off, so your only option will be to run through the door to escape. When you clear the current stage, you’ll be presented with one of three random power-ups or upgrades for your character, and it’s recommended to read them carefully and choose wisely. To use a power-up in the next level, just tap on the green diamond button (mp) at the bottom to bring up your available stash and then pick the item you want to use. When you run out of your three hearts by taking hits from foes, then it’s game over. Your score is determined by the amount of coins that you end up collecting over the run, and the coins only appear once you collect enough keys to reveal the exit.

I’ve only started playing Swap Sword since I downloaded it yesterday, but so far I’m enjoying the game a lot. I’ve always had a love for match-three roguelike RPGs, and Swap Sword is a refreshing take on the standard fare that is out there. There is much more strategy required if you want to get far, and it’s a fun high score chaser. Plus, who can resist the charm of such great pixel art graphics and the way of the bushido?

I highly recommend checking out Swap Sword if you’re a fan of match-three puzzle games and love a dash of roguelike RPG action. You can get Swap Sword on the App Store as a universal download for your iPhone and iPad for just $2.99. There are no in-app purchases.

You Must Build A Boat
EightyEight Games LTD
$3.99 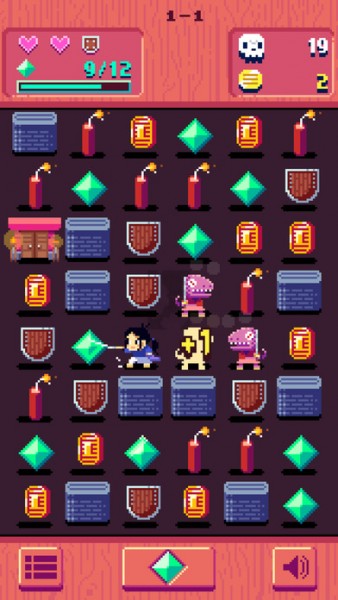 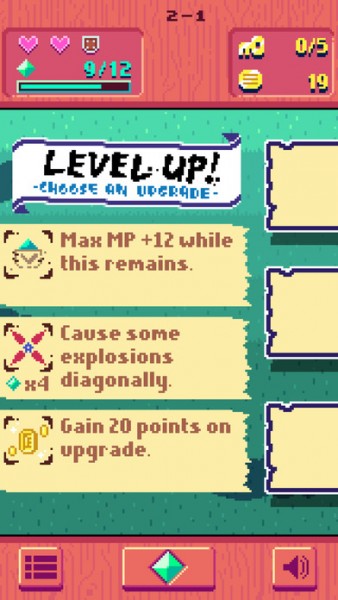 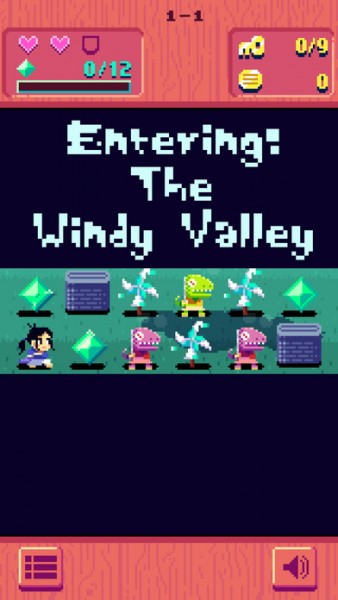 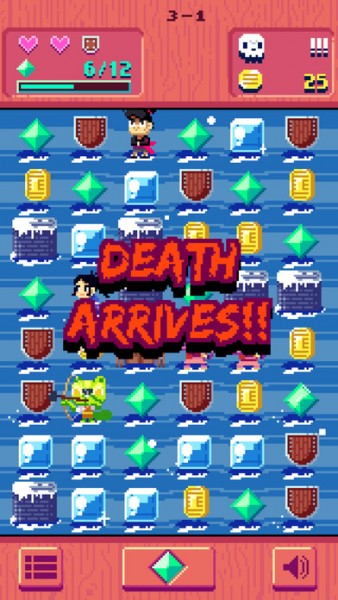 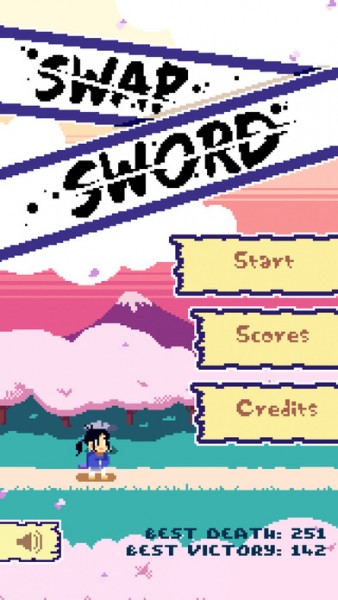