You are using an outdated browser. Please upgrade your browser to improve your experience.
by Christine Chan
March 12, 2016 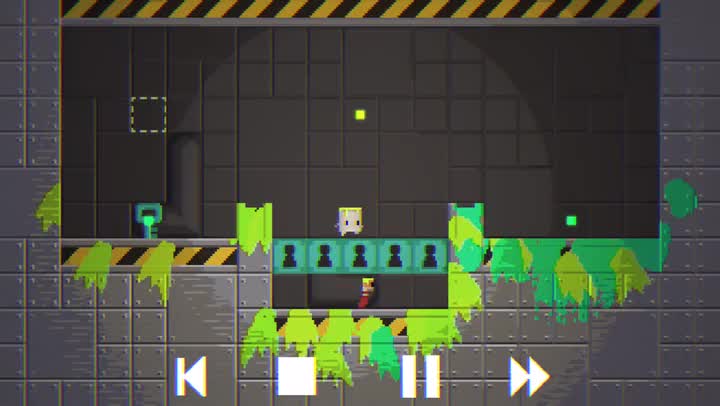 Telepaint ($2.99) by Acid Nerve is a cute little puzzle game involving buckets of paint and colorful messes left behind. If you are looking for a fun and challenging puzzle to check out over the weekend, then Telepaint is worth a look.

I’ve been going through some fairly stressful events in the past few weeks, so I’m super happy that I still have the option of turning to video games to help take my mind off of things. Though a lot of my gaming is done on my 3DS handheld, I still put a bit of time and effort into my mobile iOS games, considering the fact that my iPhone 6s Plus is practically glued to my hand. And during my tenure here at AppAdvice for the past several years, I’ve gone through hundreds of different iOS games, but always love finding new ones, particularly puzzles, to pick up and play. During my perusal of the App Store releases this week, I stumbled on Telepaint, and am super happy that I did — this game is just fantastic. 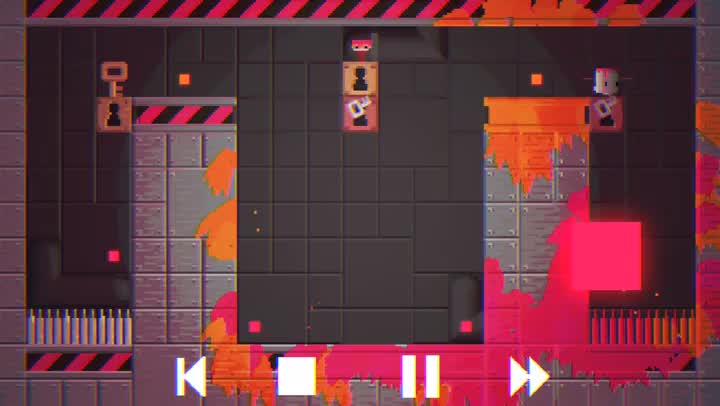 Visually, Telepaint is downright beautiful. It has a combination of retro, pixelated graphics that take you back to your childhood, as well as an old-school television screen overlay, complete with flickering lines. The game also makes use of traditional RGB colors and static that were always seen on old televisions, so the developers sure didn’t miss a thing when creating the unique aesthetic. Animations in Telepaint are buttery smooth and fluid, with no lag on my iPhone 6s Plus. The upbeat and quirky chiptune soundtrack is a joy to listen to as well, and it’s important to hear it since the game does have a bit of rhythmic puzzle solving going on, so the music helps. And the fun sound effects (that sync with your movements) are just icing on the colorful, explosive cake that this game is.

Like most puzzle games, Telepaint features six different worlds that have its own amount of levels within. At the moment, there are over 100 stages to paint your way through, so you do get a good value for the buck. Several levels will be unlocked at a time, so you don’t have to be super linear about it, but later levels won’t be available until you solve the current ones. Hopefully more are added in the future, though. The objective in each stage is to help the paint bucket reach the paintbrush, and while things start out pretty easy enough, the complexity of the puzzles will rise, leading to some tricky and messy situations. You’ll have to avoid dangers like spikes and explosives, while grabbing keys to unlock access to the paintbrush, using anti-gravity switches to get around obstacles, and much more. As you get further into the game, new mechanics will be introduced as you go, adding to the challenge.

The controls in Telepaint are easy, but will take a few tries to get used to. Your cute paint bucket character will walk forward automatically when a level starts, so you don’t have to worry about that. However, the only way it will turn around and change direction is if it runs into a wall, so you’ll have to figure out ways to achieve that. To get the paint bucket across hazards like spikes, you will have to make use of the colored portals that are scattered on the levels — just tap on a portal square to activate it, but make sure you open up another portal for it to go through on the other side as well, otherwise there’s going to be trouble. The colors of the portals don’t matter, but you can only have two portals open at one time. The moment you tap on a third portal, the first one will close. The portals also close automatically once the bucket passes through them, but you can tap on them again to use them if needed. The trick is to determine the obstacles on the stage first, then figure out the order of portals for you to go through to reach the paintbrush safely. 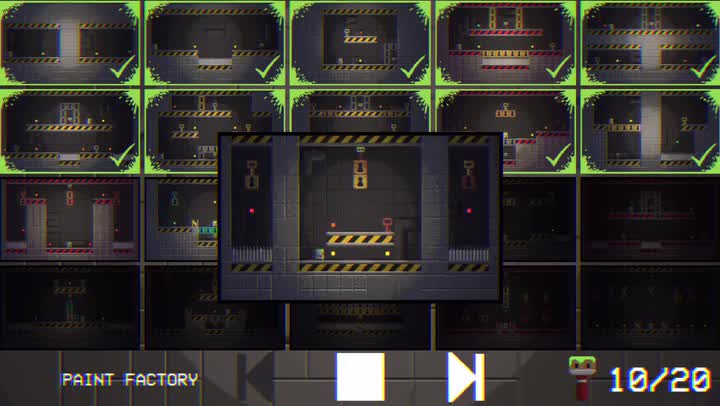 Since the animation of the bucket walking can be somewhat slow, just tap-and-hold on the fast-forward button at the bottom to speed things up. If your bucket dies, just tap the rewind button to restart the stage. You can also pause or access the menu with the pause and stop buttons on the screen. If you pause, you’re still able to activate the portals, so it’s nice to take advantage of that for planning ahead of time. As you bucket passes through each portal, it leaves a splash of color (according to the portal color) behind, so the end result of the mess is pretty funky and cool.

I’ve been spending a bit of time with Telepaint today, and must say that I’m impressed by the quality of this title. Not only do the graphics look amazing, but the game runs at an incredibly smooth 60 fps, though you can change it to 30 fps in the options for better battery. The music has a nice beat to it as well, so it’s downright fun to listen to. The simple, one-touch controls for the portals is intuitive, so you don’t have to worry about anything being complicated, besides the puzzles, of course. Since there isn’t a point or star system in place, the replay value may be a bit low, but there are plenty of stages to keep you busy for a while. I also hope to see more levels in the future, because this is a game that I plan on keeping on my device for a long time.

I highly recommend checking out Telepaint if you’re a fan of portal-based puzzle games with a lot of charm. This is definitely one of my favorite games this week. Telepaint is available on the App Store as a universal download for your iPhone and iPad for just $2.99. There are no in-app purchases. 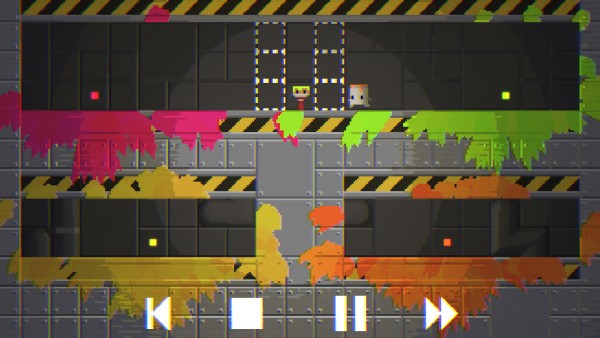 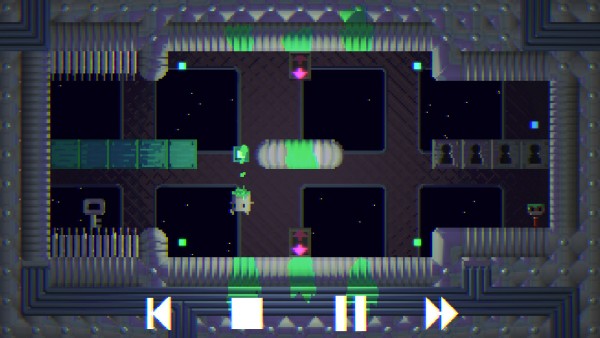 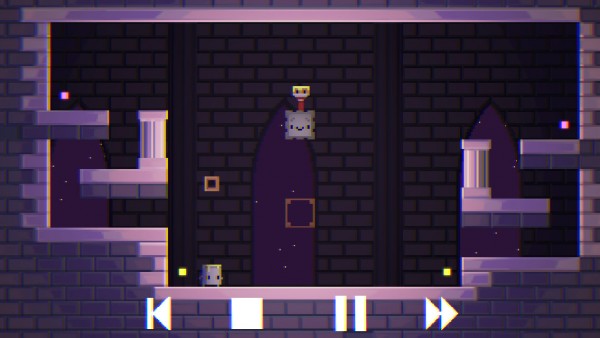 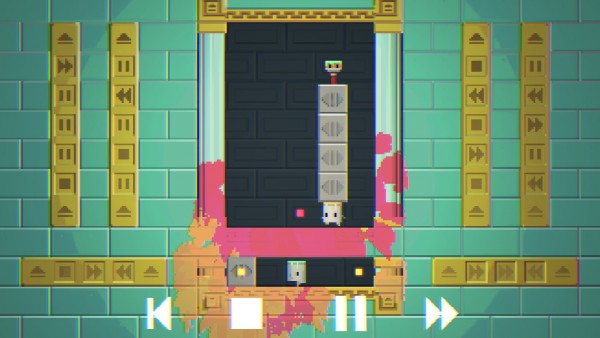 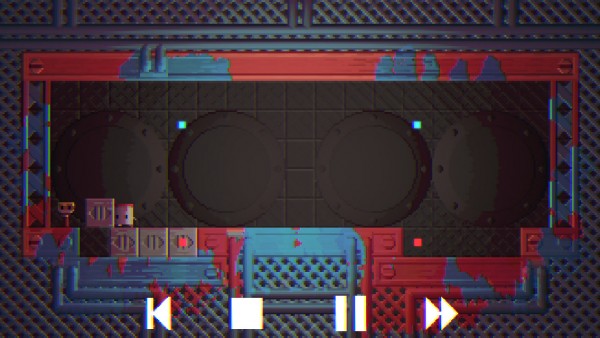