You are using an outdated browser. Please upgrade your browser to improve your experience.
by Christine Chan
January 15, 2016 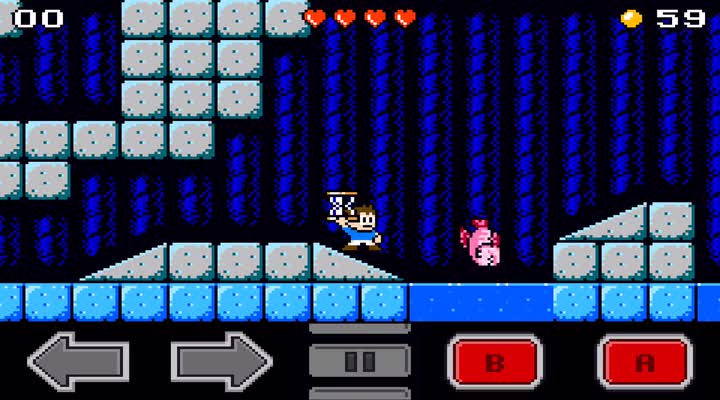 Venture Kid ($0.99) by FDG Mobile Games GbR is an 8-bit retro platformer that is heavily inspired by the Mega Man franchise. If you’re in the mood for classic gaming on your iPhone or iPad, then Venture Kid is well worth checking out.

As I was growing up, I believe I was living in the golden age of gaming, where the world was ruled by the 8 and 16-bit games. Platformers were a huge deal back then, and have retained their tried-and-true formula even to this day. I mean, who can resist a game that brings back memories of Super Mario Bros., Metroid, and Mega Man? I don’t think I was the best at those games, though, but I still had a blast playing them. When I heard that Venture Kid was coming out on iOS this week, I was eager to give it a try. 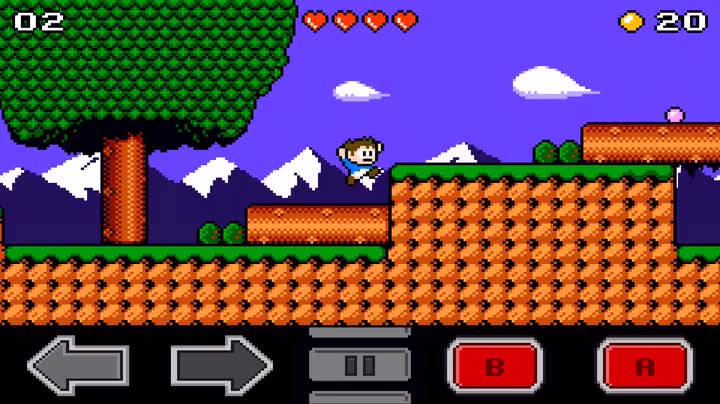 The graphics in Venture Kid are completely retro, so it should appeal to old-school gamers. The smooth, 16-bit graphics are a great homage to the golden days, and the colors are bright and vivid. Despite the pixelated aesthetic, Venture Kid is still fairly detailed and has plenty of nice textures. Animations in the game are fast, fluid, and responsive with no lag on my iPhone 6s Plus. The chiptune soundtrack is a joy to the ears of gamers everywhere and the sound effects add a nice touch.

In Venture Kid, there are nine levels that you must go through in chronological order, facing off against a tough boss at the end. While it does not sound like a lot at first, the levels are rather lengthy and things just get more difficult as you progress, so your dollar goes a long way. Your mission is to take on the role of Andy and stop the evil Dr. Teklov from completing his secret weapon that is under disguise in his space fortress. In order to succeed, you’re going to need some determination and skill, so be warned — this is not for the faint of heart. Venture Kid also has two game modes: Normal and Hard, so choose wisely. In addition to the main objective, there are also a lot of secret areas with goodies to find and explore, so make sure to double check everything.

Controls in Venture Kid follow the traditional formula, though it has been optimized for touch screens. If you have a MFi controller, you’ll be happy to know that the game fully supports it, giving you the complete gaming experience. Still, the touch controls are not half bad, and are rather intuitive and responsive so the game is not too hard to play without a physical controller. In the bottom left will be the directional buttons for moving left and right, and the B and A buttons in the bottom right. To jump, tap on A, and press B to attack. In between the directional and action buttons is a pause button, in case you need to take a break. The game has several checkpoints throughout each stage, so if you lose a life, you won’t be set back too much. 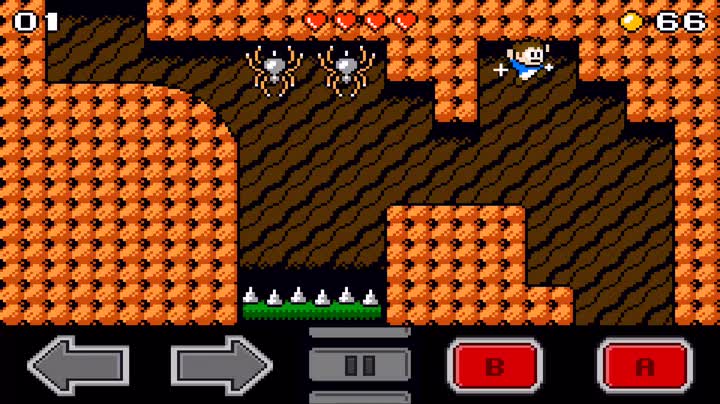 As you make your way through each stage, you’ll be collecting shiny orbs that are either scattered around or drop from fallen foes. The orbs serve as the game’s currency, and you can use them in the item shop to get power-up items like weapon energy refills, extra lives, heart refills, and more. The shop can be accessed at any time by pausing the game. If you don’t have enough orbs, you can also purchase more orbs through in-app purchases, or even get the Orb Doubler that can double the amount of orbs you find, though it’s pretty expensive for what it’s worth. Since Venture Kid is already a paid game, I’m not too fond of having more in-app purchases in the game, but I suppose that’s just how it is nowadays.

I’ve only started playing Venture Kid, but I am in love with it so far. Playing Venture Kid brings back a lot of childhood memories, and I am always up for challenging platformer games. The graphics and music are top notch, and the controls are pretty good, though I do wish you can customize the positioning to reduce the spacing between buttons. Still, I recommend giving Venture Kid a try if you’re looking for a classic, Mega Man-like platformer to check out over the weekend.

Venture Kid can be found on the App Store as a universal download for $0.99 with optional in-app purchases. 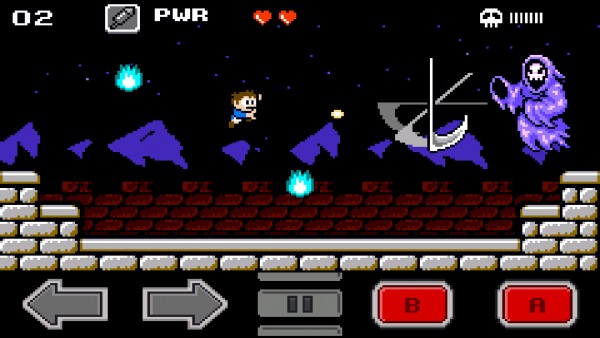 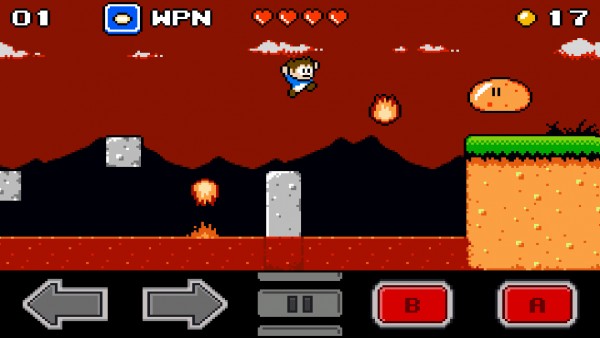 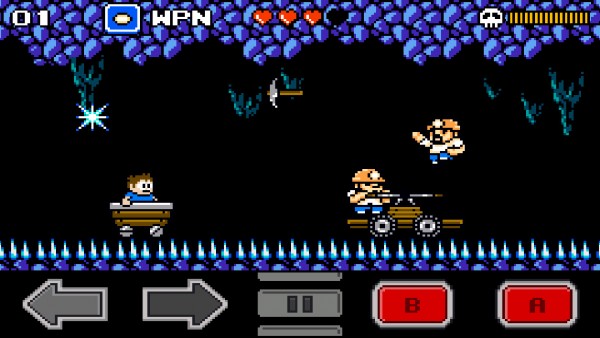 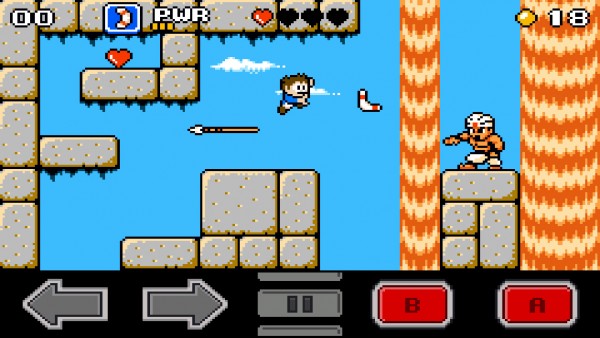 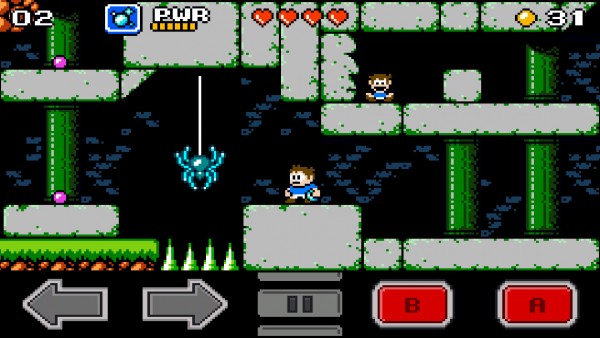 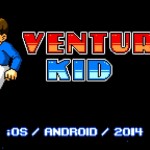 The NES-Inspired Venture Kid Is Set To Reach Our iOS Devices Later This Year
Nothing found :(
Try something else