You are using an outdated browser. Please upgrade your browser to improve your experience.
by Christine Chan
November 17, 2015 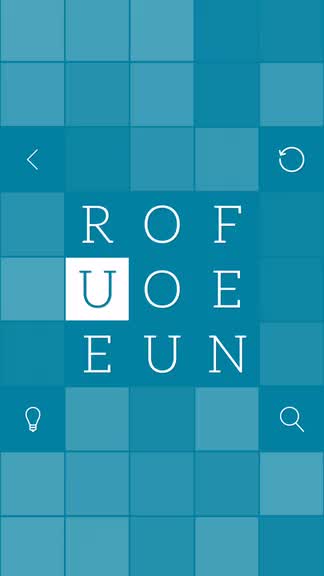 Word² ($1.99) by BorderLeap, LLC is a new word game about unscrambling words. If you love word games but have been in the mood for something more unique than your standard crossword or word search game, then Word² is definitely worth looking into. If you enjoyed other games from the developer like Alpha Omega and the Harmony games, then this will be a no brainer.

Since I write for a living, it should come as no surprise to anyone that I enjoy words. I am definitely a better word person than I am with numbers, so personally, word games are one of my favorite genres out there. Despite that fact, I’ve gotten bored with some word games because they mostly feature the same Scrabble or Boggle-like gameplay, and it just gets tiring over time. So when I saw Word², I was intrigued because it was something that deviated from the norm in the genre. If you love a challenging word game, then Word² does not disappoint. 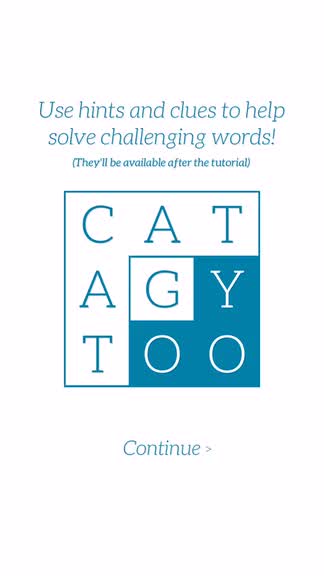 The visuals in Word² are simple and clean, which should appeal to minimalists everywhere. The game has a flat aesthetic that makes it blend in well with the overall appearance of modern iOS, and the serif style typography is rather timeless and classy looking. Colors represent the difficulty level of the puzzles, but they are all rich and vivid in appearance, and the game shows off various hues in the background so that it looks like giant pixels. If you’re the type of person who prefers lighter, pastel color schemes, there is an option to toggle that as well, which is nice. While there are not many animations in a word game, the few that you do have when moving letters around or transitioning from menu to game are subtle and fluid. To help you focus on the puzzles, the game has a rather soothing soundtrack playing in the background, and the sound effects provide nice audible feedback during play.

Like all puzzle games, Word² is level-based, with 80 stages to solve. You can navigate through the levels by dragging your finger horizontally across the large square in the middle of the level selection screen. However, you won’t be able to access puzzles without solving the one before it first, which is pretty straightforward. The goal of the game is to unscramble all of the words in the square, since each puzzle has pairs of words that can be read both horizontally and vertically. This means you have to unscramble words not just once, but twice, and words that are solved will be highlighted in white and locked in place.

If you get stuck, there are two ways to get help: hints and clues. Hints will let you see where a letter pair should go, while clues give players an idea of the words that they should be looking for. The game is rather generous at first and gives you 15 hints and 10 clues to start with, but if you run out you’ll have to get more through in-app purchases. 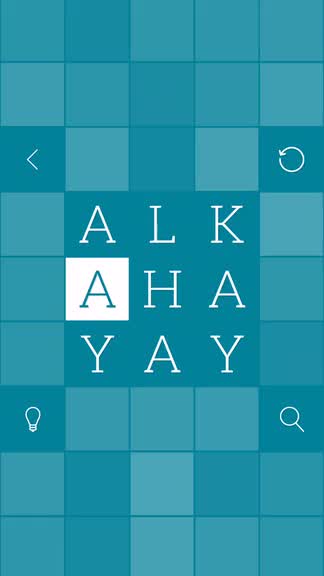 Controls in Word² are simple enough — just tap on letters and you’ll see where you can swap them with in the square, which is done with another tap. As mentioned earlier, if a letter is in a white tile, then that means it is in the proper place and cannot be moved further. Sometimes, you will have to rearrange a letter multiple times in order to get it into its correct position.

The game starts out simple enough with 3×3 grids, but things will become more difficult as you advance in the game — the boards can get as big as 6×6, which will require a lot more time to figure out. Fortunately, this means a lot of content for the price, which is great. The developers have also noted that 7×7 squares will be coming in the future as well, so there is something to look forward to if you can manage to solve all 80 puzzles. There is also Game Center support for leaderboards (levels reached) and achievements for solving all squares of a certain size.

As a big fan of word games, I’m enjoying Word² a lot so far, even though I’m still in the 3×3 levels. I love the minimal aesthetic, the music is soothing, and controls are simple enough. The gameplay is different from most word games on the App Store, and these puzzles can be more difficult than they seem, especially since the developers included some acronyms and abbreviations for some levels as well. I’m not a fan of paid games having in-app purchases overall, but each level is completely solvable without hints or clues, so it is just a shortcut for those who get frustrated.

I recommend giving Word² if you are a fan of word games and want a title that is unlike the typical fare you would find on the App Store. Word² is available as a universal download for just $1.99 with optional in-app purchases. 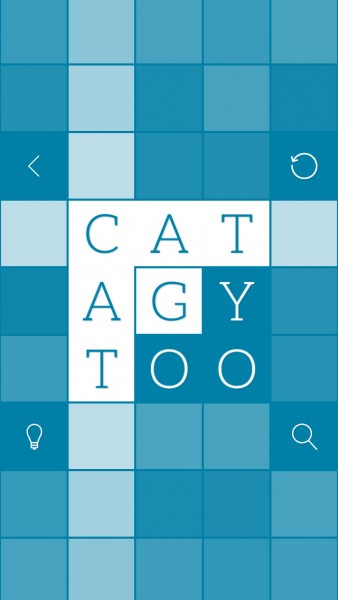 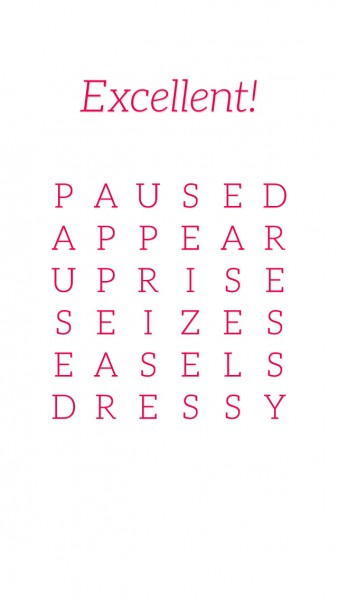 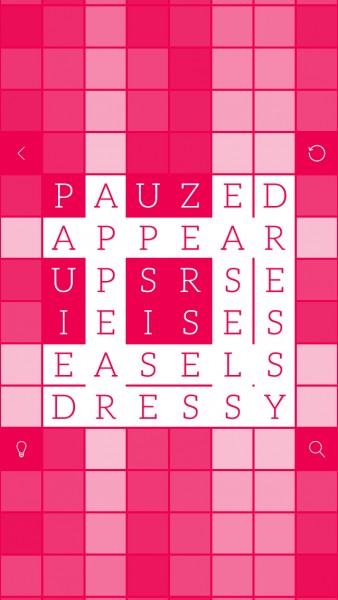 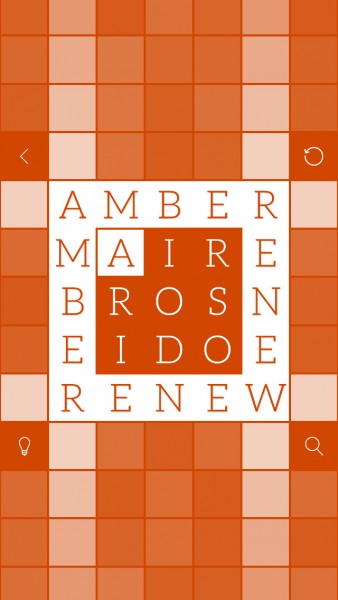 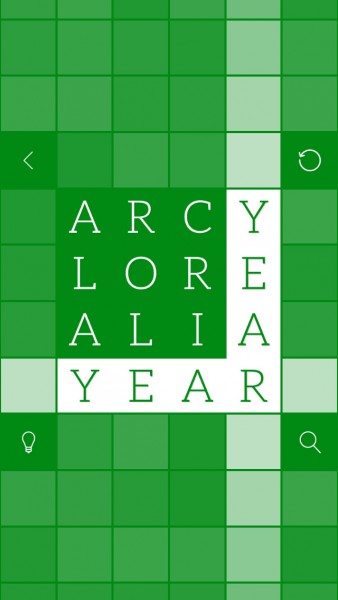 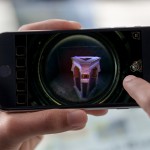