You are using an outdated browser. Please upgrade your browser to improve your experience.
by Christine Chan
March 25, 2016 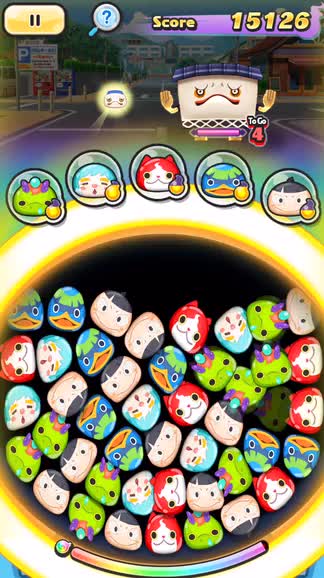 I consider myself a fairly big fan of Japan and all of the interesting things that come from over there, especially various anime series and certain games. However, while I have tried the Yo-Kai Watch demo on my 3DS, I didn’t invest in the full game, though it may be a consideration for the future. Despite that, I was still interested in Yo-Kai Watch Wibble Wobble when I first heard of it, because hey, I am somewhat familiar with the premise of the franchise, and I love puzzle games. I had a chance to check out the game last week at the Game Developers Conference (GDC) in San Francisco, and after trying the demo out, I was eager to get my hands on the final release. Now that it’s out, it was definitely worth the wait. 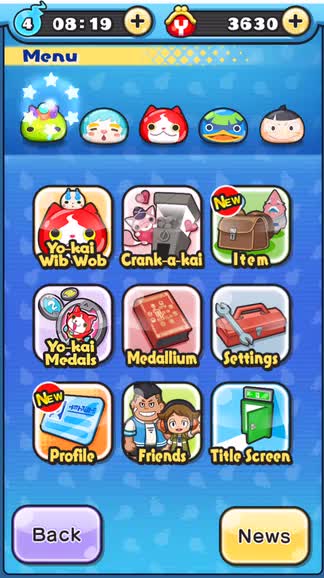 In terms of visuals, Wibble Wobble remains true to the original Yo-Kai Watch video game. The game has a bright and cheerful cartoon aesthetic that makes it friendly enough for everyone, from kids to adults. While Wibble Wobble is not a fully 3-D game like the original, it does contain some 3-D visual elements, such as the animations of the yokai when they perform special attacks, as well as showing off the enemy yokai that you’ll be facing off against as you traverse through the world map. The graphics in Wibble Wobble are fairly polished, and the animations are smooth and fluid, especially when the physics come into play. The soundtrack is upbeat and quirky, and the sound effects of the yokai are a fun, finishing touch.

Like other puzzle games out there, Wibble Wobble is level-based, and each stage is a spot on the world map. With each level, you will face off against a new variety of yokai, which will have its own unique strengths, weaknesses, and attacks. Since the premise of the original game is to have you befriend and catch different yokai, you shouldn’t be surprised to find out that this also applies in Wibble Wobble. Each yokai that you encounter has a chance of befriending you after they’re defeated, and you can increase that chance by giving them a treat before starting a puzzle, though that is completely optional. While you may want to collect them all, the main objective of each stage is to defeat the enemy yokai and move on to the next level. At the end of each area will be a boss battle against a powerful yokai, so it is recommended to go back and replay levels in order to make your team stronger (each battle nets your yokai team experience points) and befriend yokai that you have not yet added to your army. The game also informs you of what recommended level your team should be before starting a puzzle, so you can see if you’re ready for the challenge or not.

The game mechanic in Wibble Wobble is to connect the same yokai pieces with a line that you trace with your finger. The more yokai you have in your chain, the larger the yokai becomes. To have that yokai attack the enemy, just tap on it — the larger the yokai is, the more damage it will do. If you can rack up large chains and pop them within just a few seconds, it will start a combo, which means more points and damage. If you’re fast enough, you can also enable the Fever Mode for bonus damage, and each of your yokai has a gauge that can be filled by making matches. Once you fill those gauges, that yokai can perform a “soultimate move” that can dish out some impressive damage or even heal you (your health is the bar above the bubbly game pieces and below the yokai). These soultimate moves can help you out a lot, so it’s important to remember to activate them (just tap on the yokai) when they’re available. 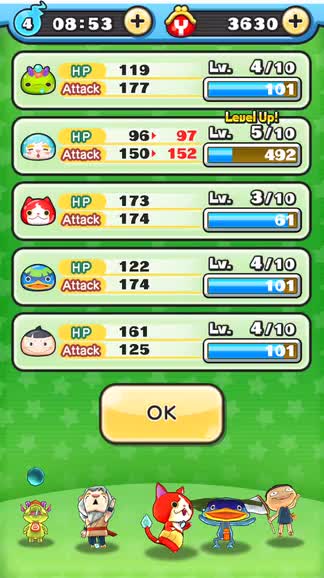 Since Wibble Wobble is a free-to-play game, you can expect the usual energy system (spirit) and in-app purchases for things like more energy, y-money (regular currency), and coins (premium currency). The currencies in the game can be used to purchase more spirit, or you can spend them in the “Crank-A-Kai” feature, which awards you with a random yokai capsule. You can keep track of all of the yokai that you’ve acquired by chekcing the “Medallium” in the game menu, along with other things like medals, settings, profile, friends, and more.

Even though I’m not usually a fan of energy systems in games, I found Wibble Wobble’s system to be pretty reasonable. It does not take too long to recharge your spirit, and the game will often award you a spirit for successfully completing a puzzle.

Even though I wasn’t fully invested in the original 3DS game, I’m finding Yo-Kai Watch Wibble Wobble to be rather enjoyable. The cartoonish graphics are stunningly beautiful, especially on Retina screens, the music and sounds are fun, the controls are simple, the gameplay itself is challenging and refreshing due to the awesome physics engine, and the collecting aspect (over 200 yokai) means there is high replay value. I just wish that the game felt a bit smoother when transitioning between screens, as it does feel a bit choppy at times when I’m going through different sections of the menu. 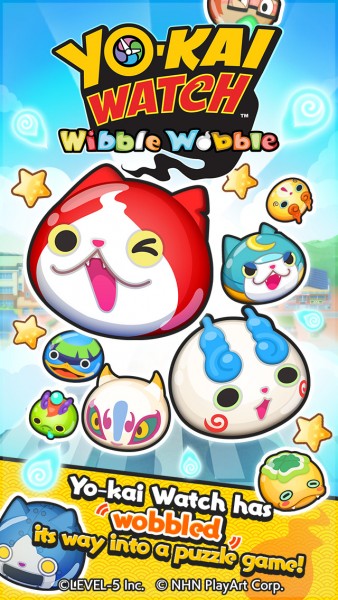 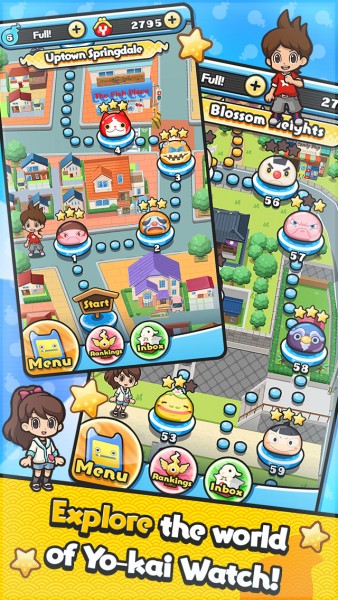 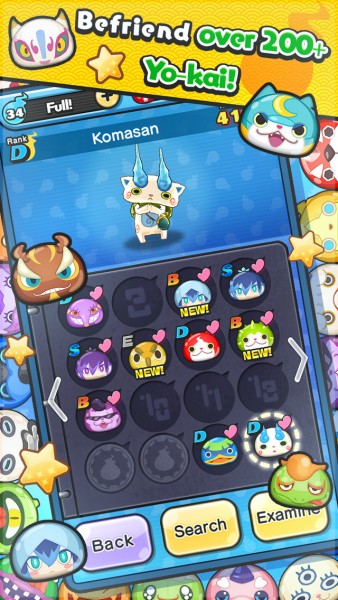 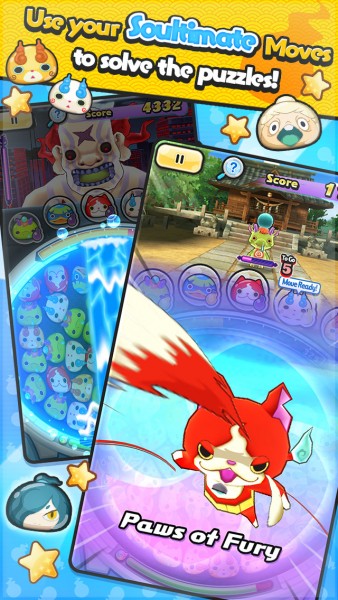 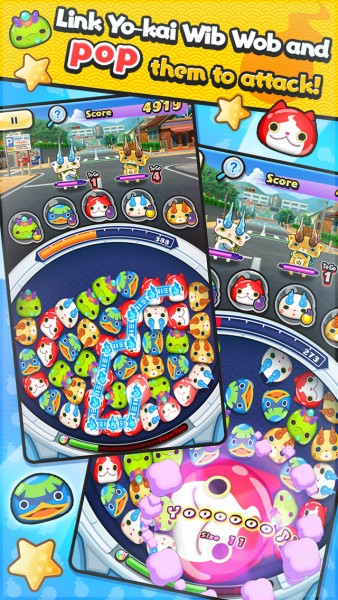