You are using an outdated browser. Please upgrade your browser to improve your experience.
by Christine Chan
August 31, 2015 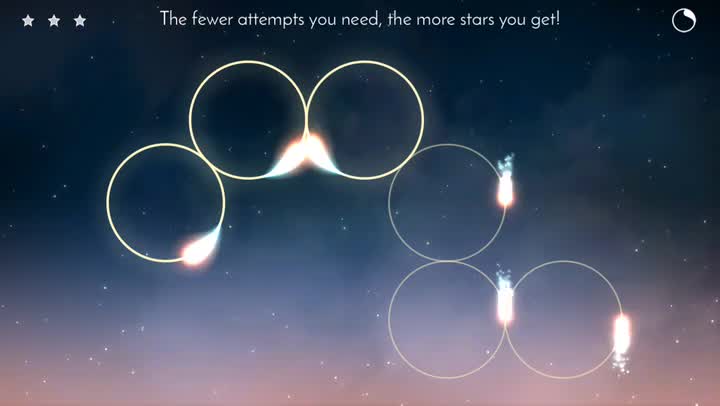 Zirkel – a new kind of puzzle game ($1.99) by Marc-Andre Weibezahn is a different kind of puzzle game that will make you use your head. If you enjoyed games like Manowar, Lines the Game, and Ultraflow, then you will get a kick out of what Zirkel brings to the table.

When it comes to mobile gaming, the genre that I enjoy the most is clearly puzzle games, as they seem to be made for the platform. Plus, there’s just something about them — the way they make me use my brain and think about the possible solution, natural-feeling controls, and music that is fairly calming. Put these together and you’ve got a great gem, and that’s just what Zirkel is. 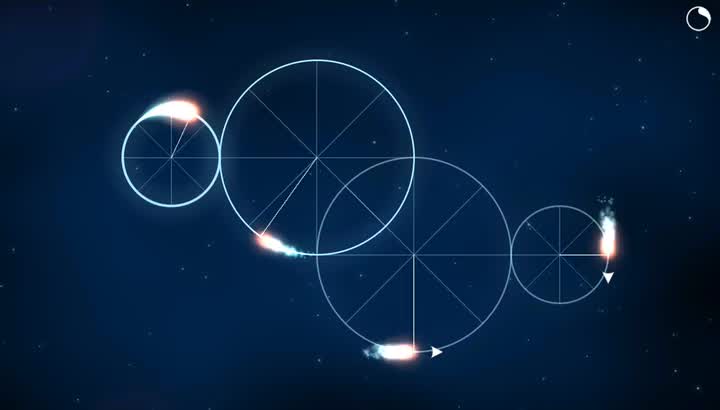 The visuals in Zirkel are minimalistic, yet gorgeous. The game’s use of color is stunning, as shown with the soft color gradients in the background, complete with white dots that make me think of stars in the sky. The outlines of circles contrast nicely with the backgrounds due to the neon colors, and the flames that rotate on the circles have a great particle effect to them. Animations in Zirkel are smooth and fluid, and the atmospheric music is soothing. If you’re having a long day, then the soundtrack here should help put you at ease.

Like many puzzle games, Zirkel is based on levels that are split up across a number of chapters. At the moment, there are 70 puzzles to solve, though it looks like there will be more on the way in the future. The objective in each stage is to light up all of the smaller flames using the one large flame. When the large flame makes contact with the smaller one, the small one grows, and the cycle continues. While this sounds easy, the game itself proves to be challenging later on.

The controls in the game are simple, requiring just one touch. At the start of each level, the large flame rotates around a circle, and the smaller ones will be still, waiting for you to give them the okay to rotate. To get them going, just tap on the circle that has the flame you want to move. If it makes a full rotation and does not make contact with the large flame, it resets automatically, though you can also reset it at any time with another tap. 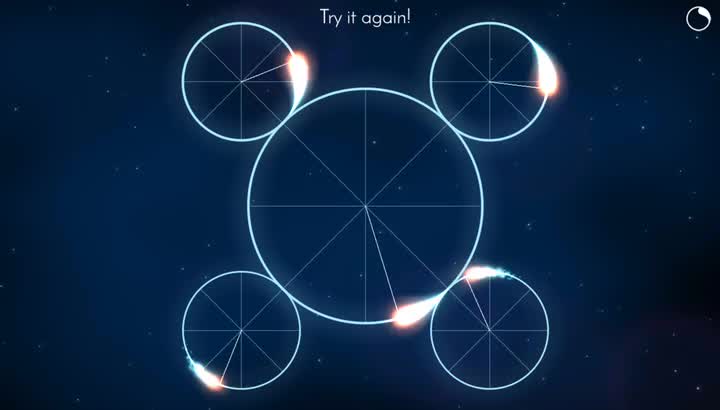 As you’ll soon discover, the game is about exact timing and measuring distance, because the circles affect the speed at which the flames rotate. The circles in the first chapter will feature lines in the center, which are guides to help you pinpoint when you should start a flame. However, these will disappear later on, making the game more difficult. Additionally, you can earn up to three stars on a level by being precise, but you lose a star if you need to try again with a flame. To get to other chapters, you need to earn a certain number of stars.

I’ve only just started with Zirkel, but so far I’m finding it to be an enjoyable game to have on hand. The game is beautiful with the visuals and the ambient music is a joy to listen to. The gameplay is fairly simple, but mastering the mechanics is a whole different story. In fact, sometimes you may get frustrated with the game, but the feeling when you finally overcome the stage is worth it. While there is no Game Center integration, the challenge of solving each puzzle with three stars provides a lot of replay value.

I recommend checking out Zirkel if you are looking for a stimulating puzzle game to pass the time with. Zirkel is available as a universal download on the App Store for $1.99. 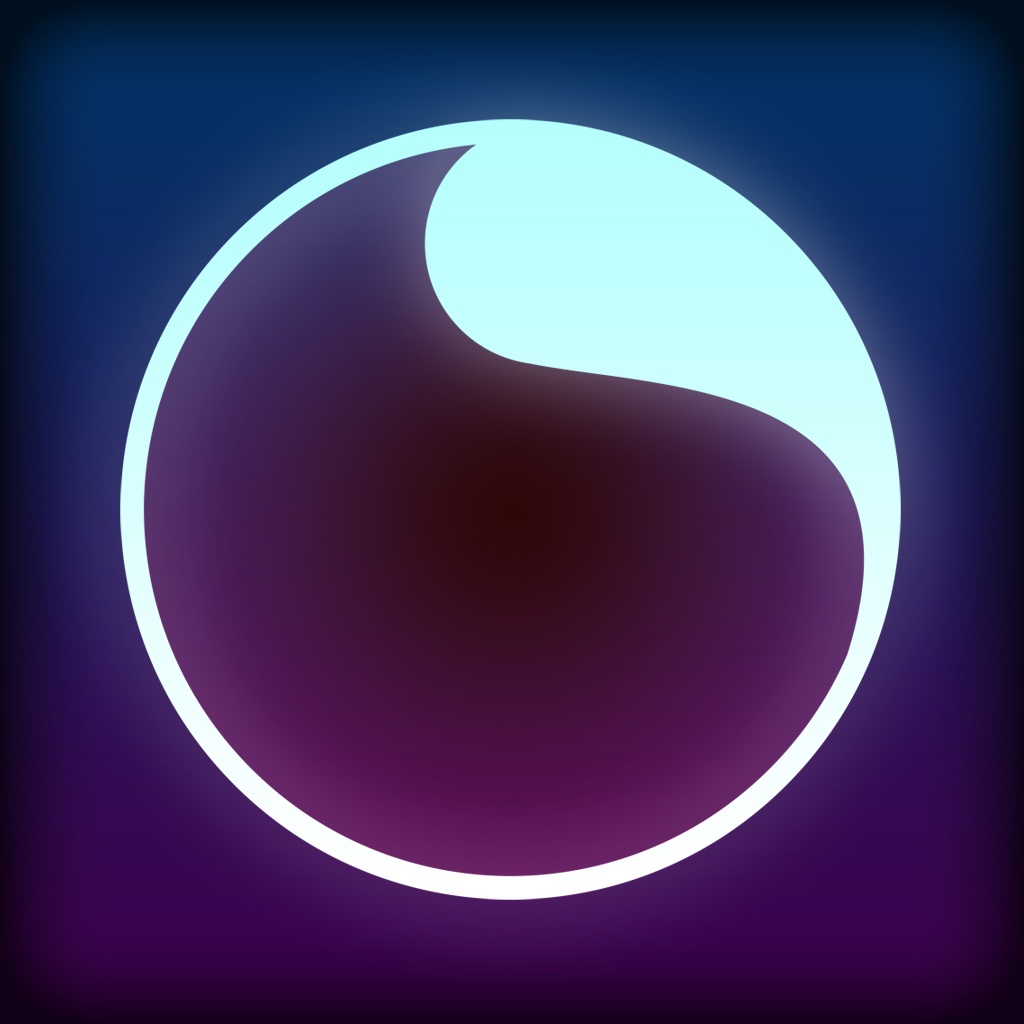 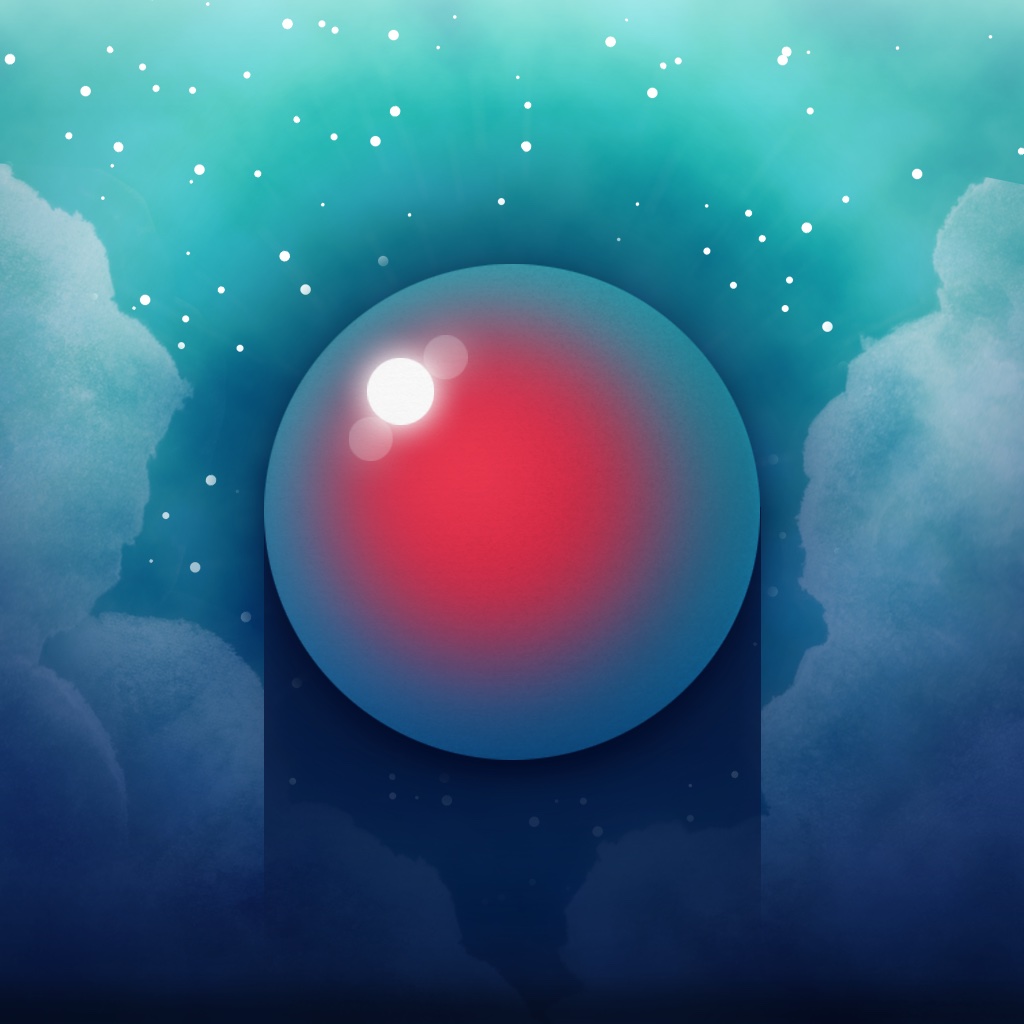 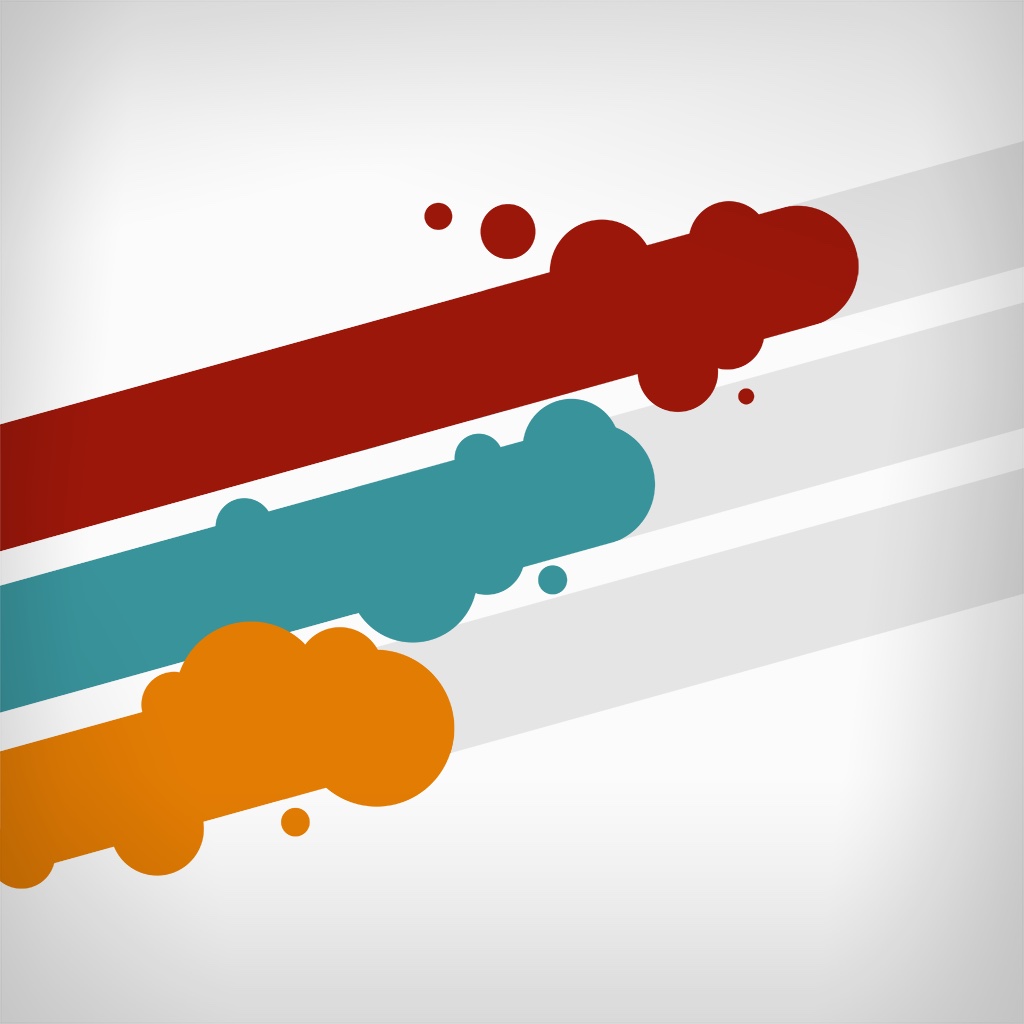 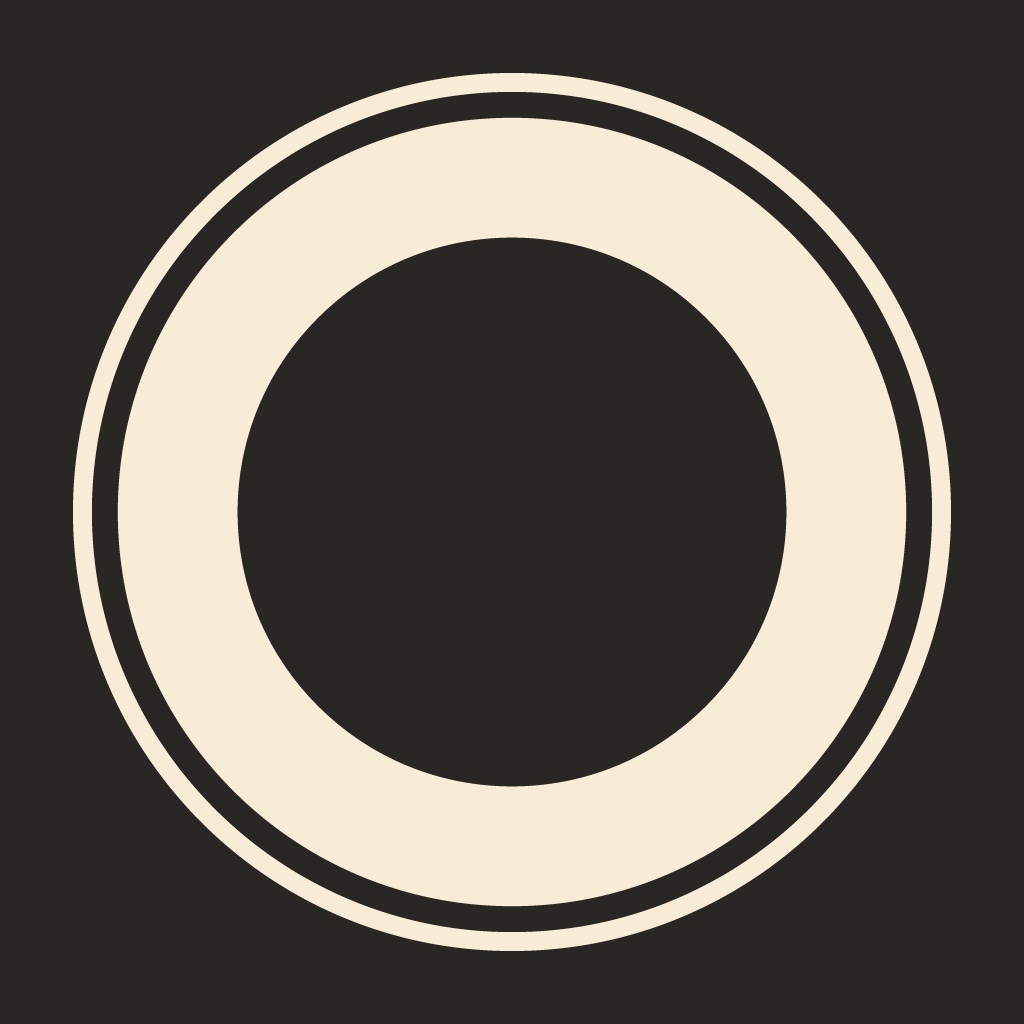 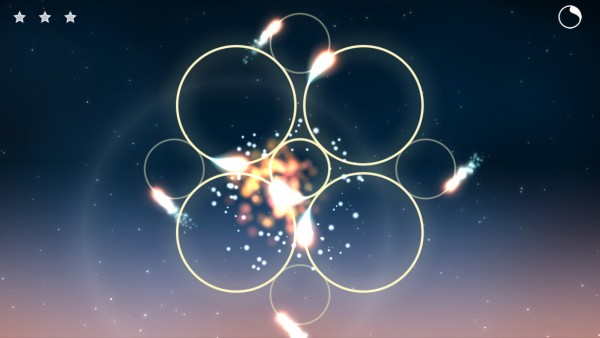 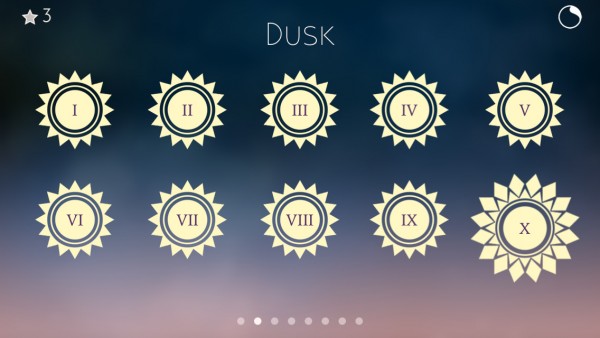 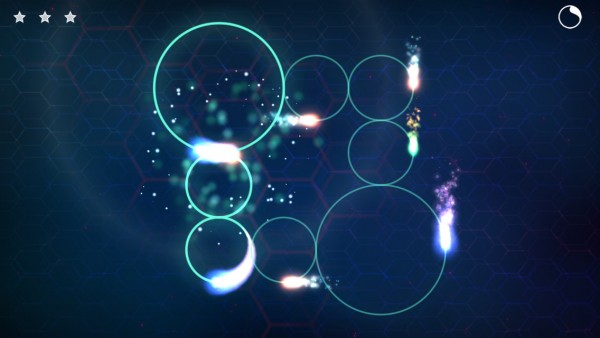 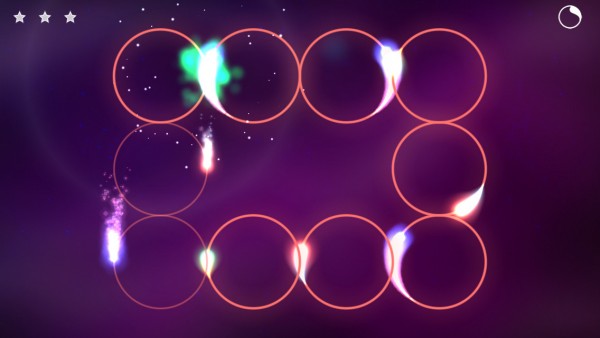 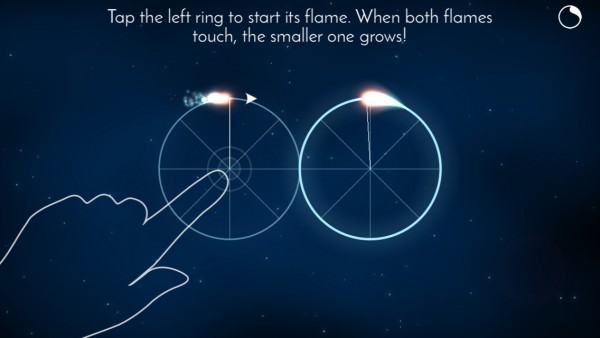