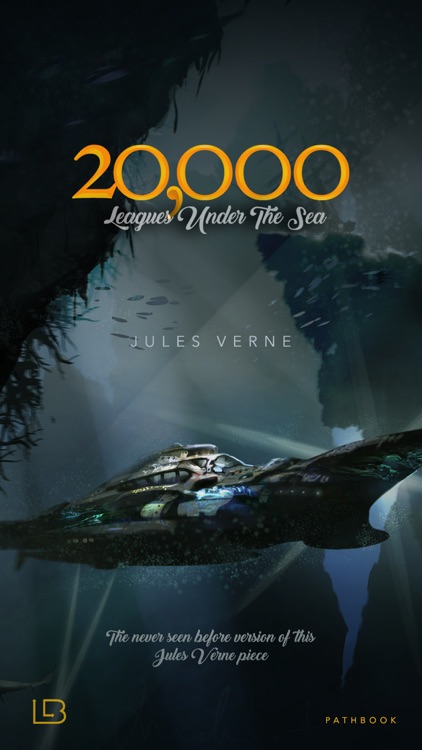 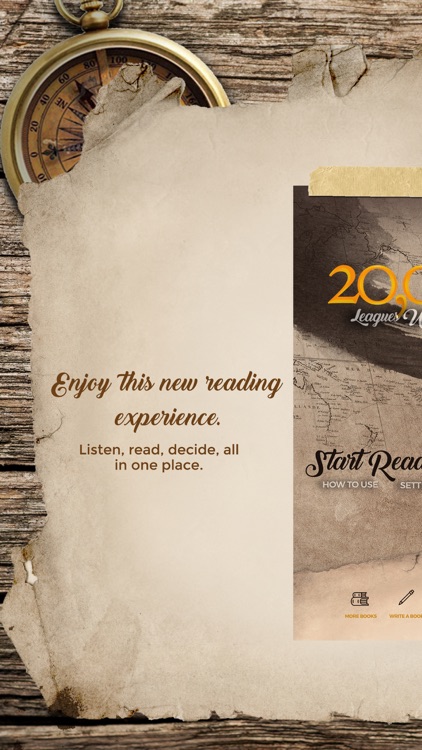 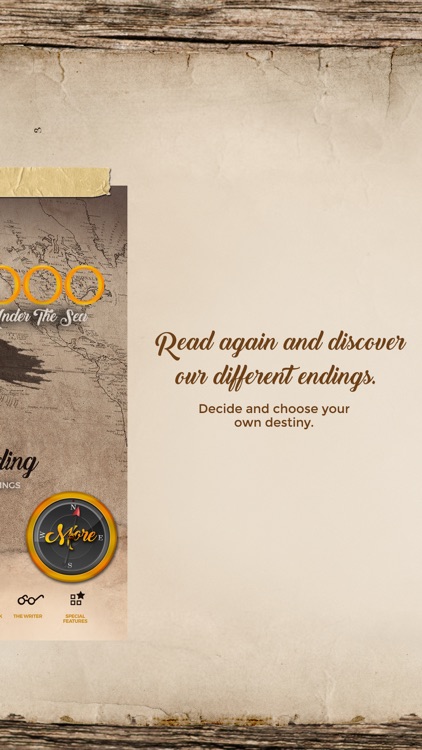 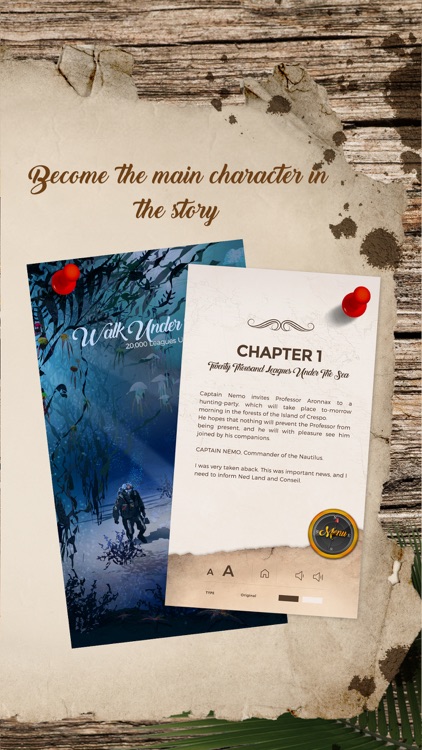 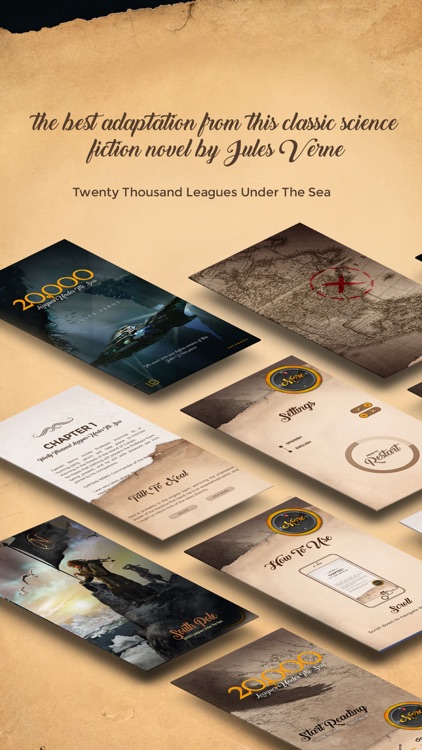 The complete original Book by JULES VERNE with great special features.
The BEST version of the book never seen before. You can not die without reading this book and meeting Captain Nemo.

Interactive book with choices and multiple endings. A masterpiece of literature even more intense.

In our Books you get to choose the course of the story and the events in the book, you become the main character and you reach an ending created by your own decisions.

TWENTY THOUSAND LEAGUES UNDER THE SEA

This is the interactive fiction version of 20000 leagues under the sea, Jules Verne’s top fiction books, if you are looking for a good fiction books to read it tells the story of the encounter and later coexistence of four characters, strange to each other, that fortune has gathered in Captain Nemo ship an underwater device called Nautilus.

Maybe you are wondering how deep is 20000 leagues, or you have heard about the battle with the squid from Nemo, you will have to download our interactive book app to learn more bout this and many more details.

The Nautilus is a supercharged beneath the sea craft, which allows its crew to move to any point of the globe under the waters of the sea and the lands end. Its creator, Captain Nemo, is a lonely man who has broken with the world.

As one day would say to Professor Pier Aronnax: "I am not what you call a civilized man. I have broken with the whole society for reasons that concern me. Then I am not subject to any of its rules and I ask you never to speak of them before me. " but he is also a humanitarian man with all those that society margins.

His ship allows him to feel master and lord of all his acts and of all the places where no human being has been able to arrive. He is a cultured man. It has a library many very realistic fiction books with twelve thousand volumes, written in several languages, And an extraordinary collection of works of art.

But when Captain Nemo feels more secure in his voluntary confinement, they appear Professor Aronnax, Council and Ned Land. The encounter with the Nautilus is for him an inexhaustible source of experiences that will enrich his knowledge of the submarine depths.

This is one of our interactive books that tells the adventures of these four characters through twenty thousand leagues of travel through the most unsuspected areas of the ocean.

Your fears and satisfactions maybe you are familiar with the choose your story games and a texting story, this interactive book app will make you part of the escape attempts of Ned Land, to which later will be united his companions.

His relations with Captain Nemo, always cold and distant, with few exceptions. the mystery of the crew. The wonders of the underwater world decades before we discovered Jacques Cousteau. The mechanisms that move the Nautilus. All this and much more is contained in this futuristic and extraordinary story, which maintains the interest from the unexpected beginning to the final outcome.

Jules Verne French writer shares with H.G.Wells the merit of being the father of science fiction.

To this fact contributed the complexity of its language and the meticulousness of its descriptions, texting games capable of causing a true immersion in the reader. As if that were not enough, I used to always write in the first person, with the emotional force that allows this type of narration.

At Living a Book we believe that books are to be lived, to generate intense emotions and unforgettable memories in the reader. Take control and choose your own story. The best way to do this is by creating an interactive fiction experience where the reader is part of the story.

We created a new concept of reading, they’re not just books or Chat stories, nor games, we call them PATHBOOKS.

Learn more about us www.livingabook.com

LIVING A BOOK
A reading experience.

Similar Apps to 20000 Leagues Under the Sea 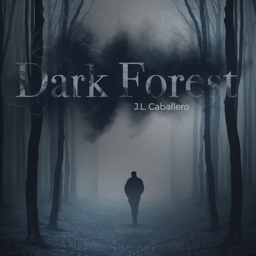 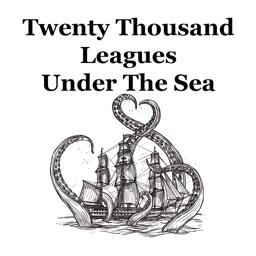 Twenty Thousand Leagues Under The Sea! 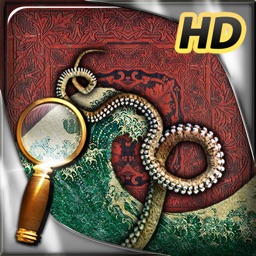 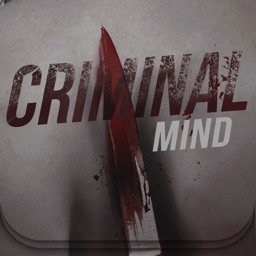 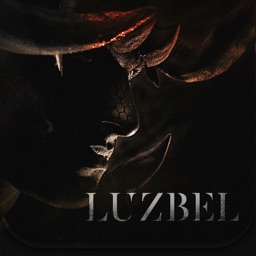 Living a Book Inc.
Nothing found :(
Try something else