Created by Al Lowe, who developed the long running Leisure Suit Larry series of games, Al's Comedy Club is one of the more ambitious of the joke apps available in that it attempts to somewhat recreate the feel of a live comedy club. Instead of just text, each joke also has audio of the delivery including any effects or voices that the speaker may have used during their reading of the joke as well as some ambient crowd noise. The app also has some of the standard features such as user favorites, the ability to share jokes via email and the ability to search for jokes by keywords. The major downside to the app is that there are only a limited number of free jokes included. Once you have gone through them all you need to use "Comedy Coins" to purchase more jokes. Comedy Coins can be earned through installing other apps or they can be purchased in app.

Al’s Comedy Club is a fun joke app for adults with, that’s right, a comedy club theme. With jazzy music, a crowd in the background, and the sounds of clinking glasses, you will like you are really there. Each joke is both displayed on the screen and read aloud to you. Save your favorites and get ready to laugh with Al’s Comedy Club. 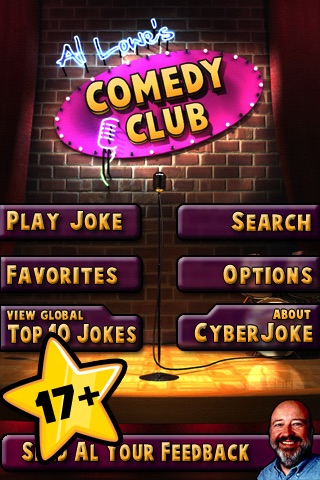 Al’s Comedy Club puts you in the front row for silly, funny jokes meant for adults only. 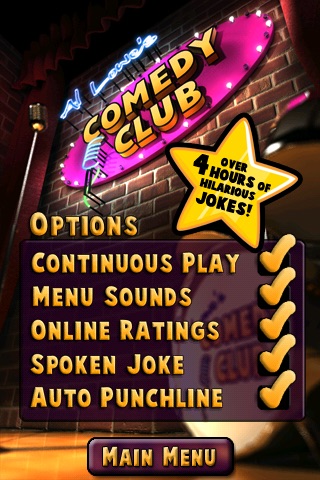 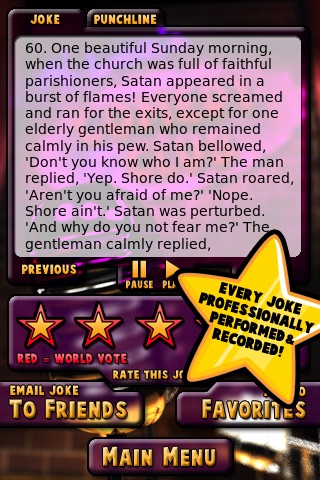 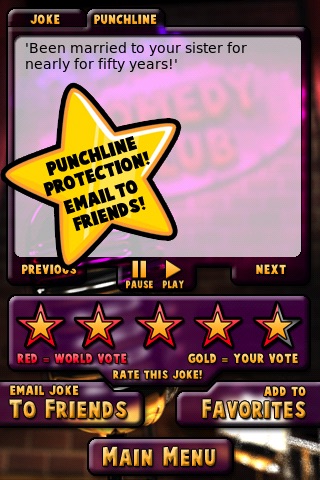 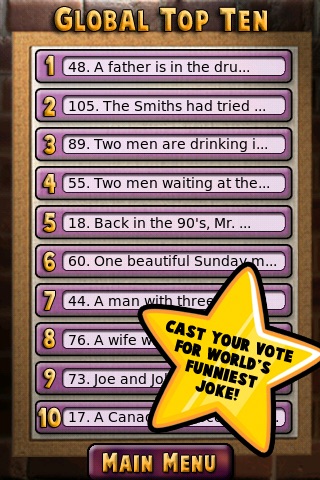 Thanks to thousands of people who have downloaded Al's Comedy Club - we look forward to keeping you all laughing!

Here’s one for you, a priest with a 12-inch pianist walks into a bar and... uh, how does that one go again?

Ever find yourself stuck for a laugh? Well never again, thanks to Al Lowe’s Comedy Club. That’s right, the man behind the original Leisure Suit Larry series has teamed up with veteran comedian Chuck Myers & a development studio you've never heard of to deliver a treasure trove of quality jokes direct to your ears.

Ears? That’s right! As they say in the biz, it’s all in the delivery, and Chuck delivers them better than a Stork on steroids. We locked him in the recording studio for three weeks with nothing but a bucket of cocktail shrimp and a copy of Swank, and what we got back was pure comedy gold. Well for the first few days it was gold, after that things went kinda... weird.

So sit back, relax, and prepare to bust a rib, split a side, and/or wet yourself as we treat you to over four hours of the best jokes you’ll hear this side of a seedy Vegas stripclub.

★ Now with over 400 studio recorded, professionally performed jokes! That's over 10 HOURS worth of jokes - some of them even funny!

★ A simple, intuitive interface that even a moron can handle (well, most morons.)

★ Read along if you want — or not. Our PUNCH LINE PROTECTION PROVISION won’t let you ruin a joke by reading ahead!

★ Play each joke one at a time, or hook it up to the stereo and let Al's Comedy Club become the life of the party (or flop horribly leaving you with even less friends then you already had, which will still be really funny, just not for you.)

★ GLOBAL TOP 10 LIST — laugh along with what the world thinks is funniest!

★ Become a critic with the ONLINE RATINGS SYSTEM that lets you add your (largely irrelevant) vote to the Global Top 10!

★ Mark your FAVORITES so they’re always just a tap away!

★ Share the good times with a friend via e-mail (Warning: Al's Comedy Club not responsible for subsequent sexual harassment suits)

Look, we're not saying you're going to find ALL of these jokes funny. Heck, what would a Comedy Club be without a solid cue for crickets or a cringe-worthy stinker that'll make your eyes roll right through the back of your head? But, we GUARANTEE* you'll lol some point (*not a guarantee).

WARNING: that 17+ rating up there isn't just for show. Some of these jokes contain profanity, sexuality, suggestive themes and other hilarious taboos. Mmm, saucy.

So tell me, have you heard any good ones lately? 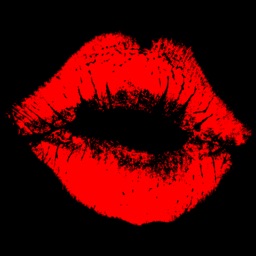 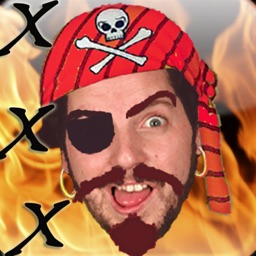 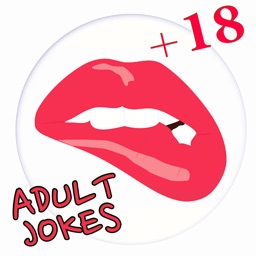 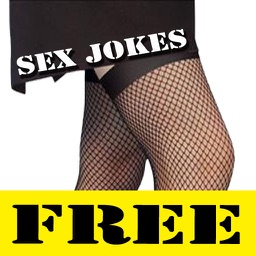 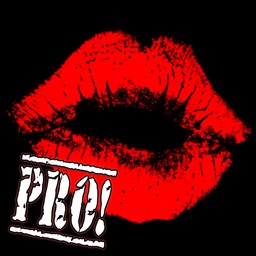 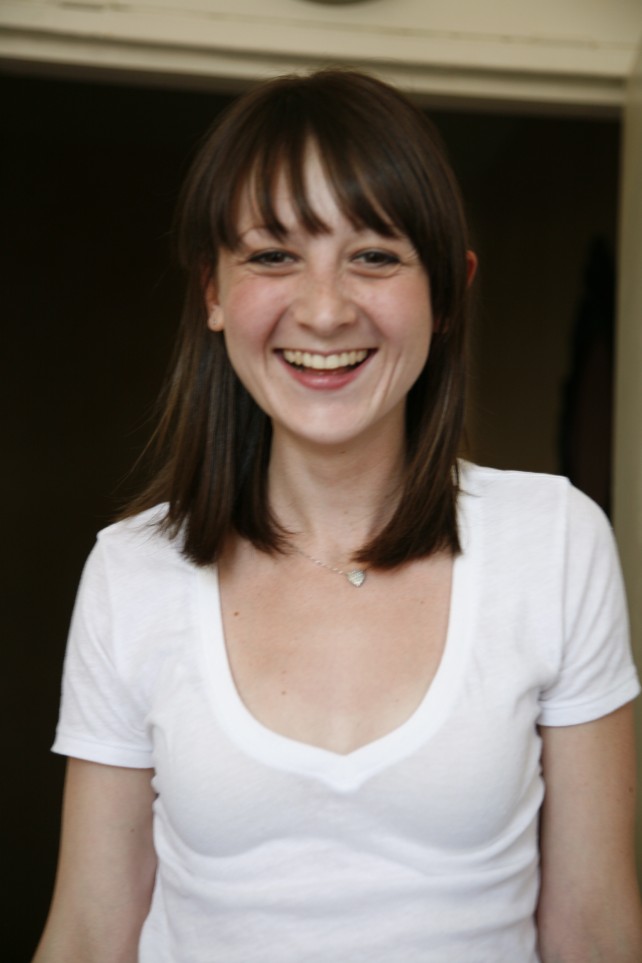 AppAdvice Daily: The Top Joke Apps For iPhone And iPad

Do you think you're funny? Well these apps will put you over the top. See why iJoke, 18,000 Cool Jokes, Al's Comedy Club, and Best Rodney Dangerfield Jokes 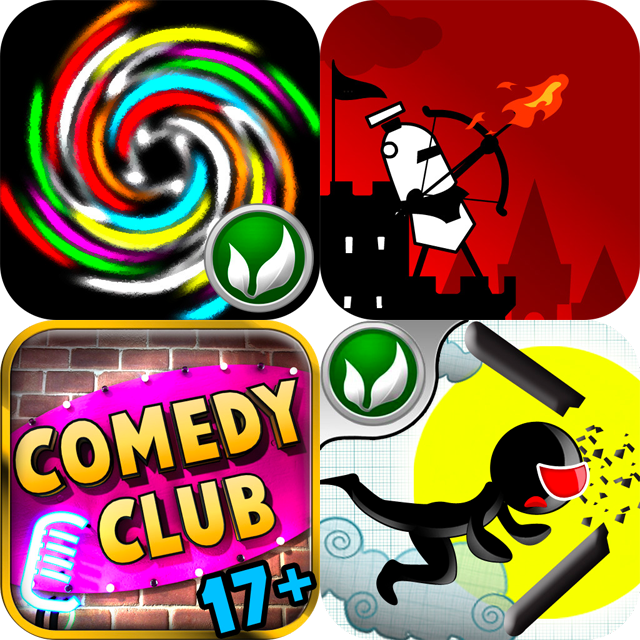 Today's list contains only four apps because we had some difficulties finding apps that have gone free with at least a three-star rating. But we're pretty sure you will be pleased with the ones we were able to track down

August 11 Tyler Tschida
Nothing found :(
Try something else