Best Learn to Read App ! … Kids learn to read all the letters in a game that encourages play, exploration and fun. Game is based upon Montessori Methodology which allows Kids to learn to read faster !… Roll, jump, fly or sail around Mario´s Alphabet app! 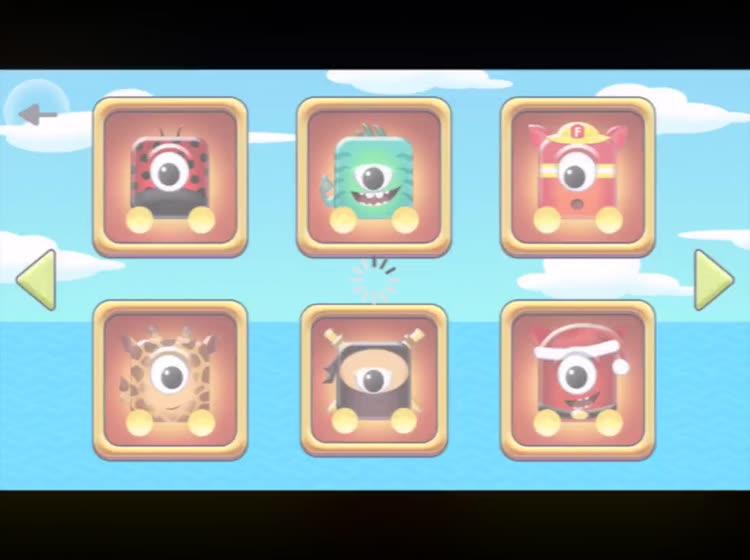 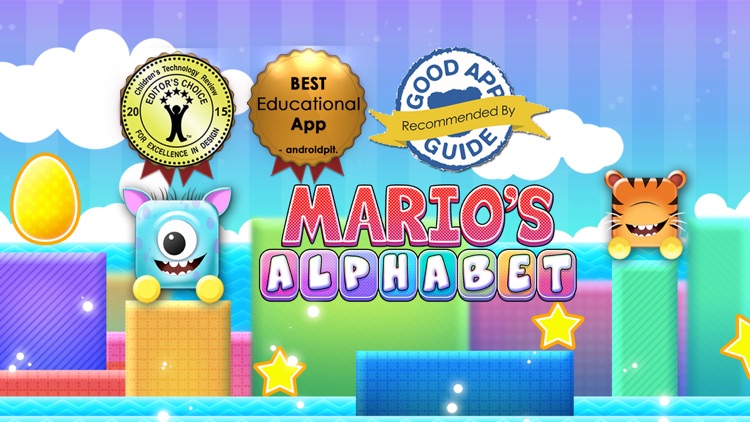 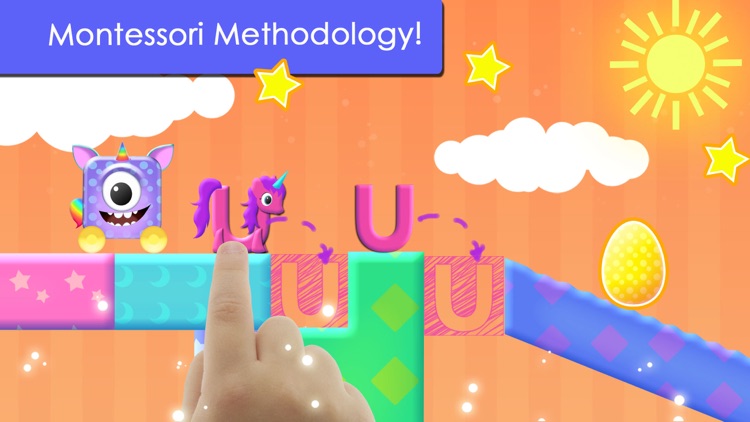 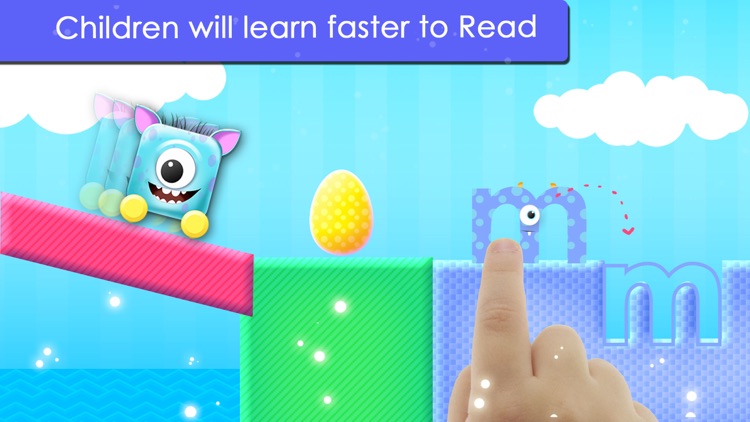 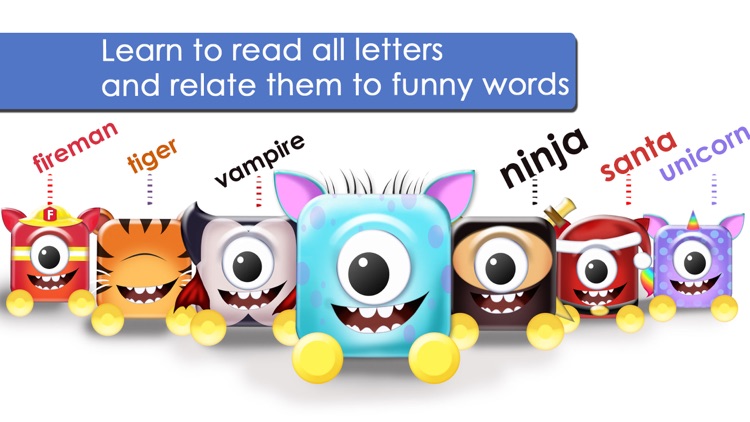 Best Learn to Read App ! … Kids learn to read all the letters in a game that encourages play, exploration and fun. Game is based upon Montessori Methodology which allows Kids to learn to read faster !… Roll, jump, fly or sail around Mario´s Alphabet app!

1. Teach your child to learn to read in a fun game.
2. Your child will be reading in the blink of an eye! (we promise)
3. Each new level introduces a new letter, it's phonetic sounds, and words that start with that letter.
4. Letters are introduced according to the Montessori methodology. Surprisingly, with this order children will learn faster to read than with the traditional alphabet’s order.
5. 25 adorable characters and superheroes will reinforce the process of learning.
6. Why Learning to read has to be boring? - Kids love this game, the gameplay and its characters.
7. Children can learn to read in English, German, Spanish, French, Italian or Portuguese.
8. Play time = Learning to read time!

-This app is a TOP APP for teaching the alphabet" . Technology In Education

-It is really quite well done...The concept of the game is a great way of introducing the alphabet in a new way. "- TeacherwithApps,Jayne Claire .

-"By using repetition children will quickly learn the letters of the alphabet as well as beginning sounds and expanding their vocabulary" . Technology In Education

We really hate receiving money from people when they aren’t happy with what they get. So, If, after you have the app in your possession, you aren’t happy for any reason what- soever, then: We will pay you Backwards. Ask us to [email protected], and we’ll refund 100% of the money you paid.

WHY THIS APP IS DIFFERENT FROM THE OTHER APPS?

a. Is not boring!!! - In fact, it is really fun and addictive!.. You will see!
b. Children do Learn!… we have tested and we can promise it works!
c. Is Based on the Montessori Methodology, thus, children learn to read much faster!

A funny and cool rolling character pops up. Kids work their way through the game, which has a do-zen or so levels for each chapter, pushing the letters along the path and getting through various obstacles. The obstacles are letters. The letters are animated and deliver phonemic sounds while being moved to the correct place. When they are in the correct place, a cool world with a funny voice will reinforce learning.

Mario´s Alphabet app is inspired by the works of the famous Italian educator Maria Montessori, who believed that As soon as children find something that interest them, they lose their instability and learn to concentrate.

Mario´s Alphabet app is inspired by the works of famed Swiss scientist and intelligence expert Jean Piaget, who believed that ´children are little scientists´, and that their thoughts are built through experiences that encourage kids to engage in the reasoning process.

Similar Apps to Learn to Read 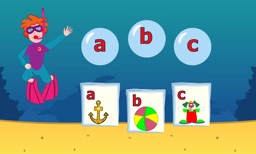 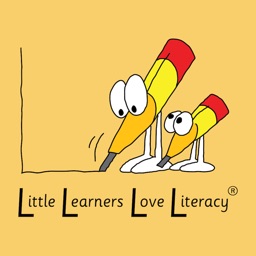 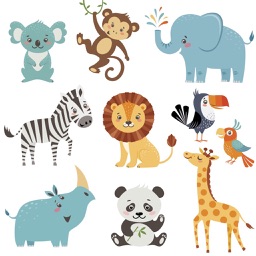 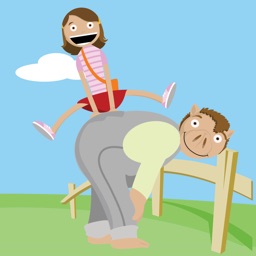 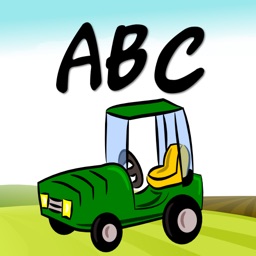 Learn to read for kids 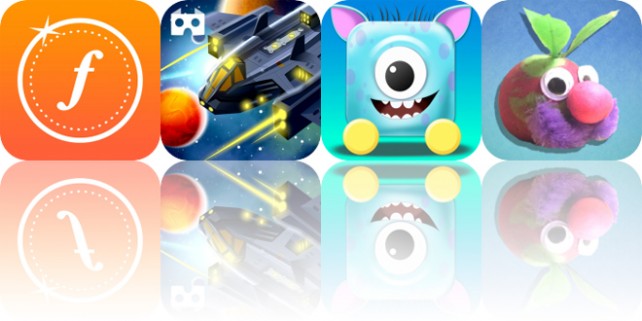 October 27 Tyler Tschida
Nothing found :(
Try something else