MacJournal is one of the most popular and oldest journaling apps for Mac, but the iPad version is somewhat lacking in comparison with the others in the list. The app’s interface is clean and polished, and it has most of the essential journaling features and can even send your entries to a blog. However, MacJournal has been known to have numerous syncing issues, especially when you make the considerable investment and purchase the iPad, iPhone, and Mac apps.

Talk about some serious journaling experience! Introduced for the Mac in 2005 and the iPhone in 2010, MacJournal for iPad offers an even greater opportunity to document important life events while on the go. It's no wonder MacJournal is the world's most popular journaling app for the Mac. 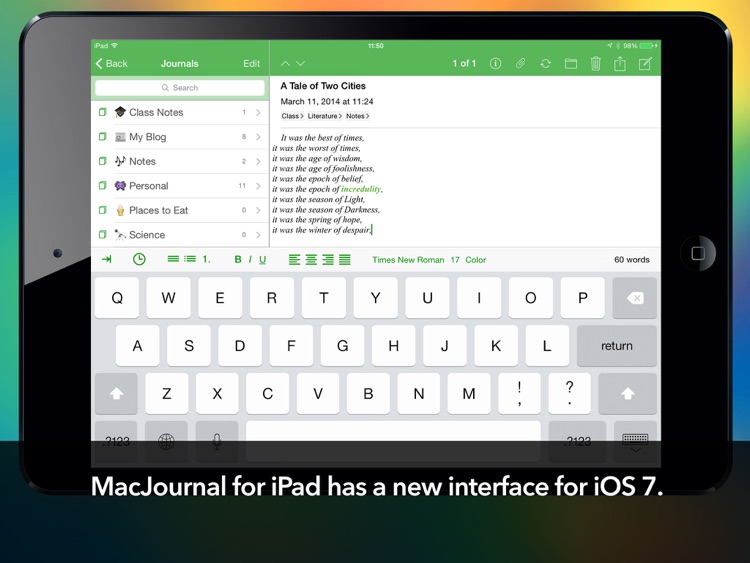 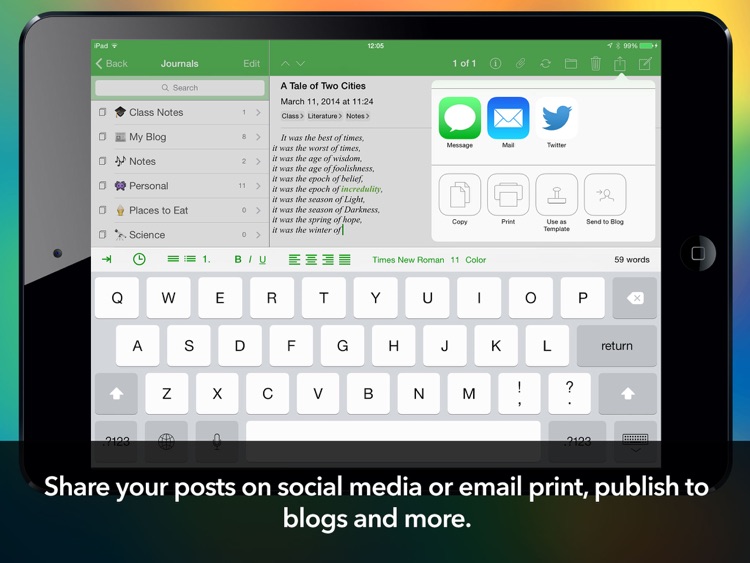 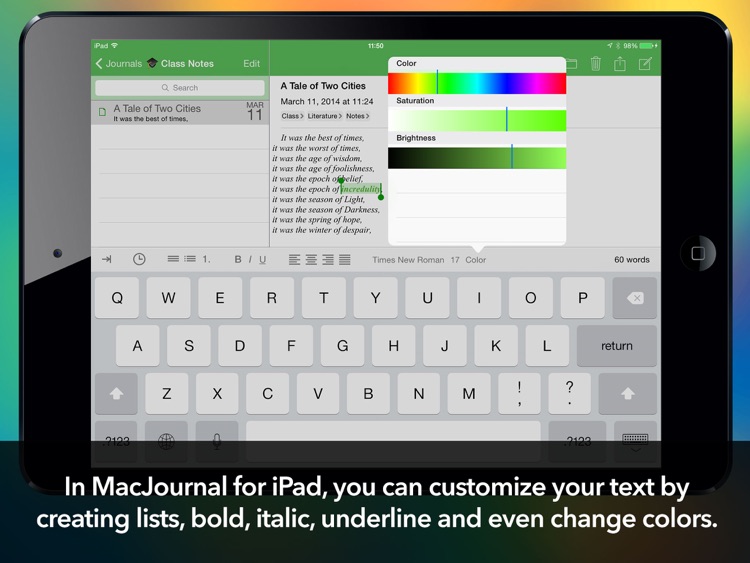 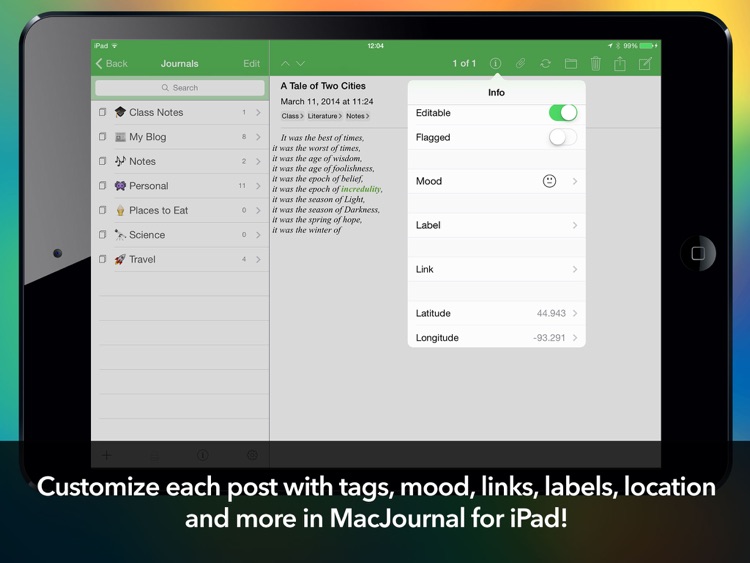 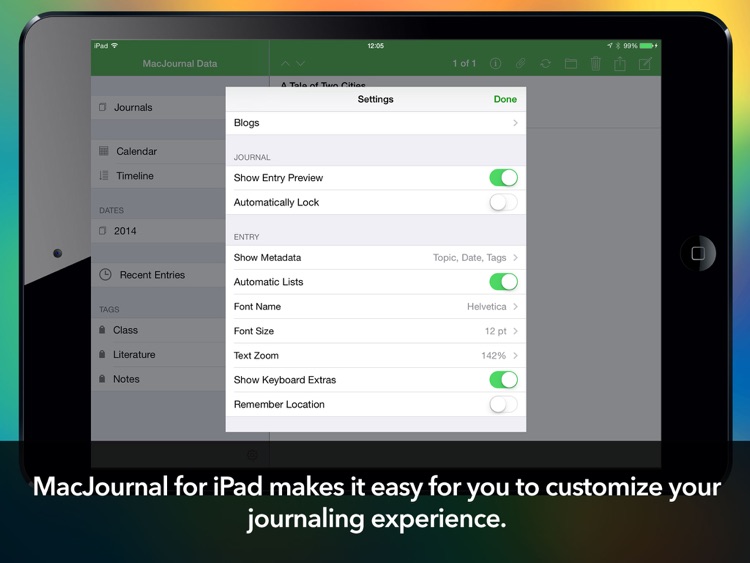 Talk about some serious journaling experience! Introduced for the Mac in 2005 and the iPhone in 2010, MacJournal for iPad offers an even greater opportunity to document important life events while on the go. It's no wonder MacJournal is the world's most popular journaling app for the Mac.

MacJournal for iPad allows users to organize, chronicle and edit any life event using the same look and feel as the desktop version. Unlike other journaling apps, MacJournal offers the ability for users to blog to many of the popular servers such as Blogger, Wordpress, Tumblr and Posterous as well as being able to download existing entries. Use MacJournal on its own or share your MacJournal data over the cloud with your other Mac OS and iOS devices. Even share documents via iTunes. Whichever way, MacJournal has you covered.

MacJournal for iPad features include:
-Create entries in multiple journals
-Attach images to your entries
-Edit styles in entries (including font sizes, styles, and colors)
-Using Dropbox, manage multiple MacJournal
documents, that can reside on your device
-Share entries to Facebook and Twitter
-Create entries in multiple journals
-Lock MacJournal to require a pass code for security
-Search or browse entries using the search field
-Customize the display of journals and entries
-Journal in either landscape or portrait mode
-Organize journals using Smart Journals

Similar Apps to MacJournal for iPad 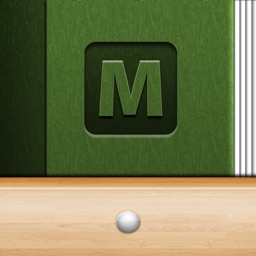 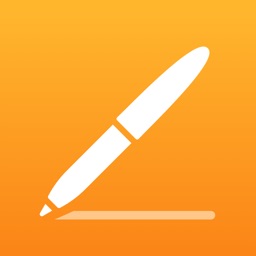 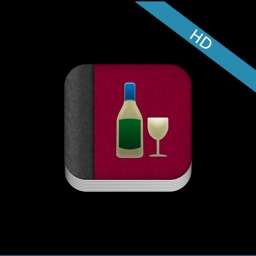 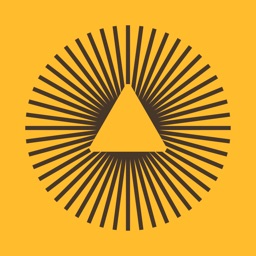 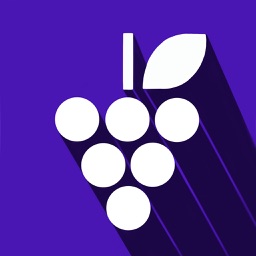 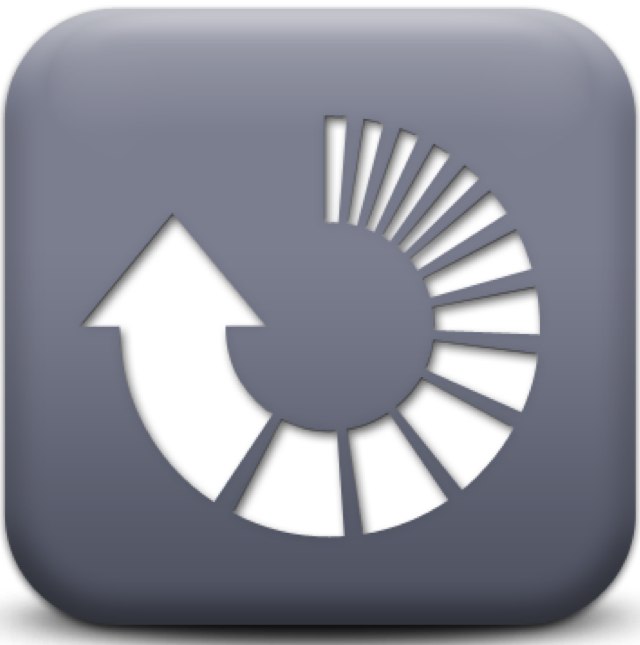 AppFresh Daily – The Very Best Apps From The Last 24 Hours

Boom! Today, another thousand new apps arrived in the App Store. Let me break it to you, most of them are really bad. Yet, there are a few interesting ones. Here they are...

October 1 Alexander Vaughn
Nothing found :(
Try something else