This trick will surely amaze your friends (well at least some of them). 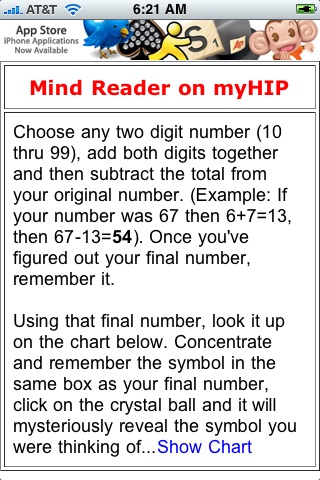 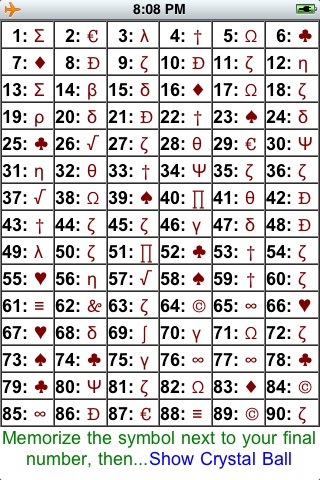 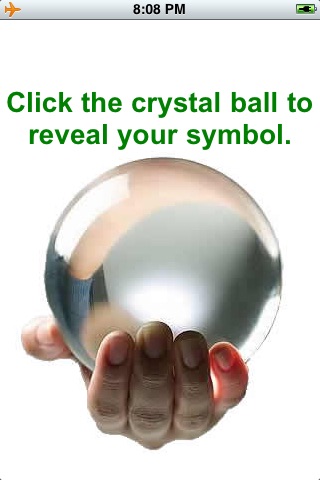 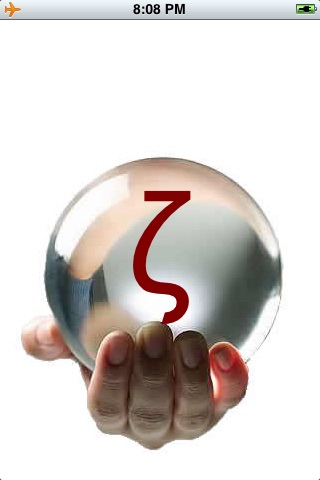 This trick will surely amaze your friends (well at least some of them).

Then they add those two digits together(2+3=5)

Then they subtract that number from their original number (23-5=18).

Then they look up that number on the symbols chart, and they memorize the symbol that corresponds with the number (18).

Finally, they will click on the crystal ball, and the symbol that they memorized will mysteriously appear.

NOTE FROM DEVELOPER: Yes, you will eventually figure out how the trick works. The fun in doing a magic trick is not in knowing how it's done, but in being able to impress your friends with the trick.

The trick will work equally well with one person, as it will in an auditorium full of people.


Special attribution is being given to Andy Naughton for his previous work on a similar adaptation of this math trick. His original work can be seen on flashlightcreative.com. http://www.flashlightcreative.co.uk/flashlight/index.php?option=com_content&view=article&id=38:mindreader&catid=1:flash&Itemid=4 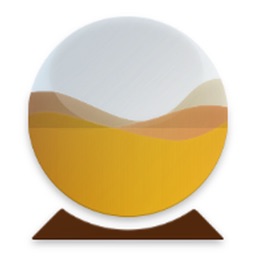 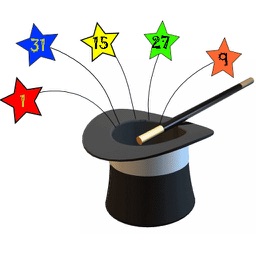 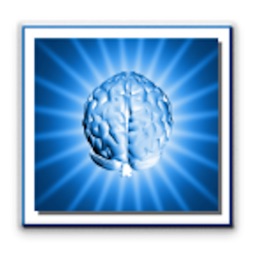 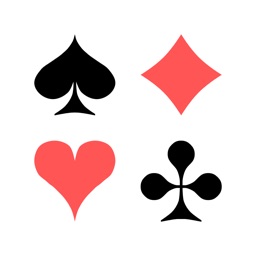 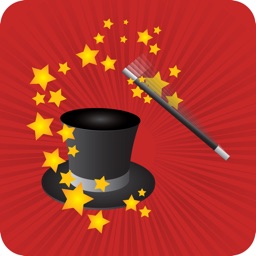 Vishal Vora
Nothing found :(
Try something else