"Pixound Turns Photos into Musical Instruments, and It’s Better Than You Think" — Gizmodo 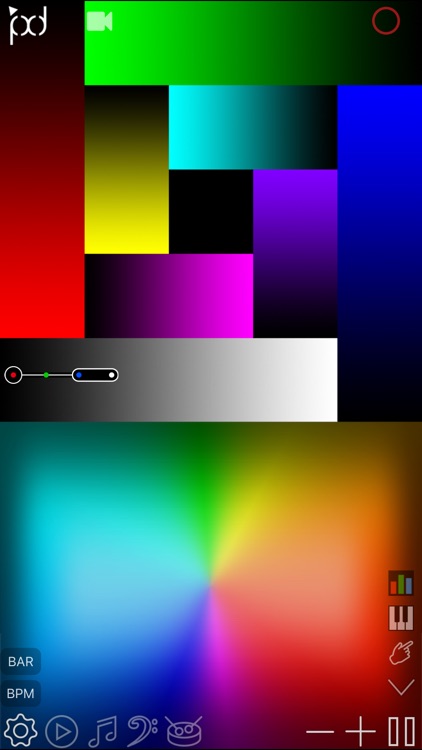 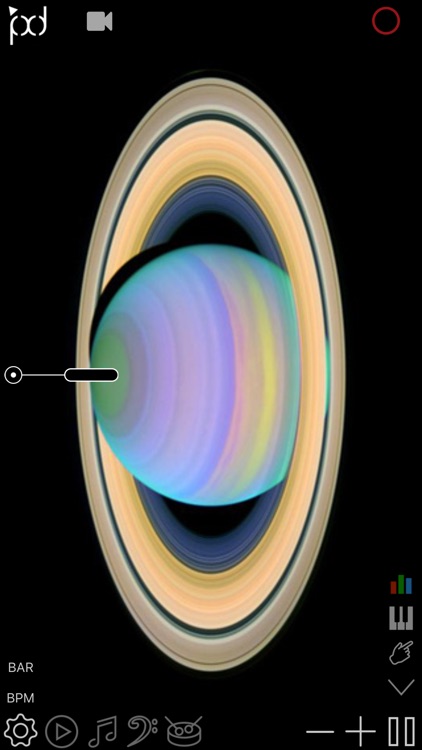 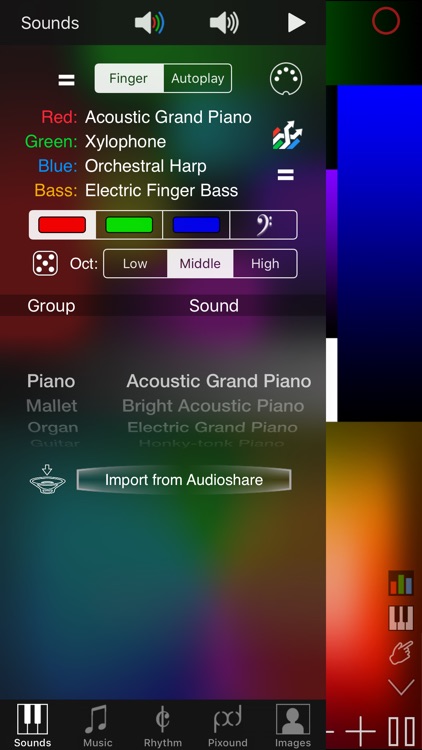 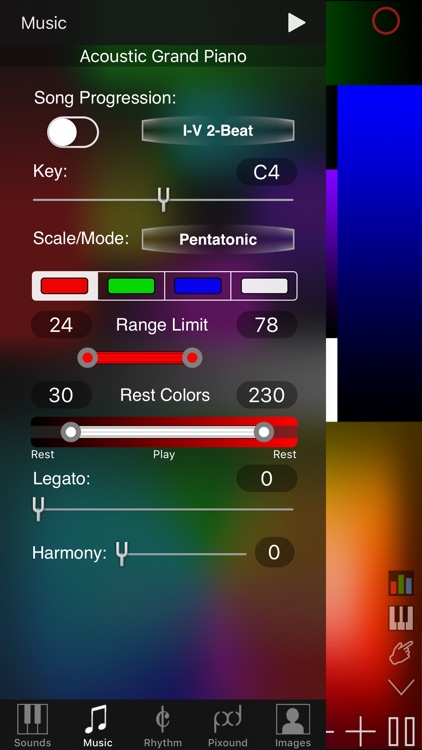 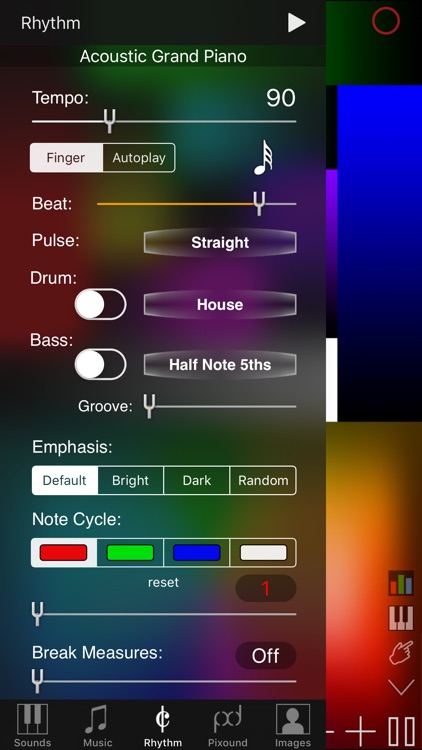 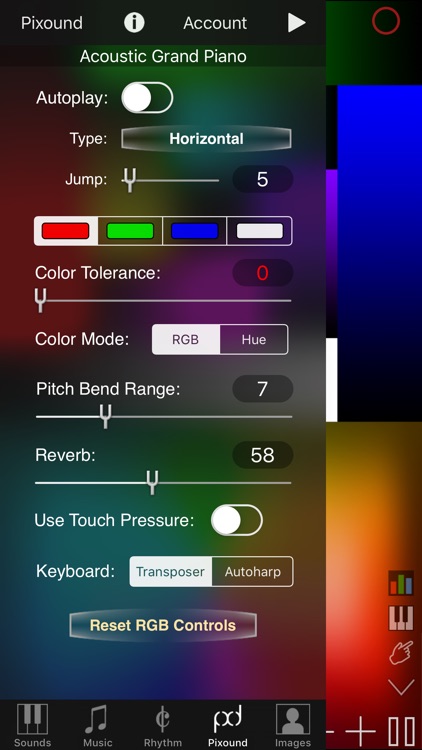 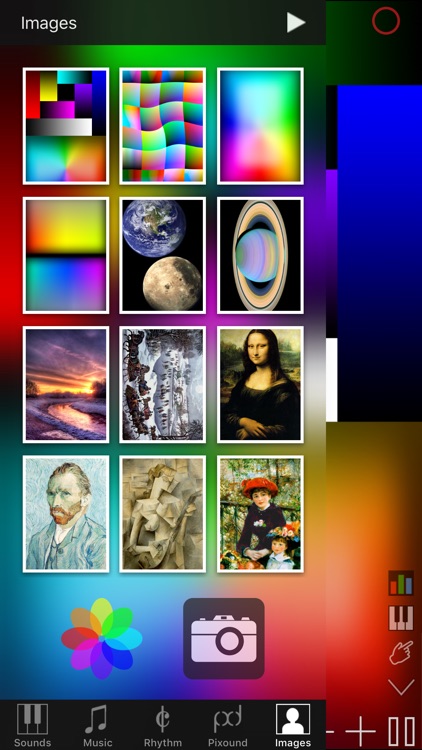 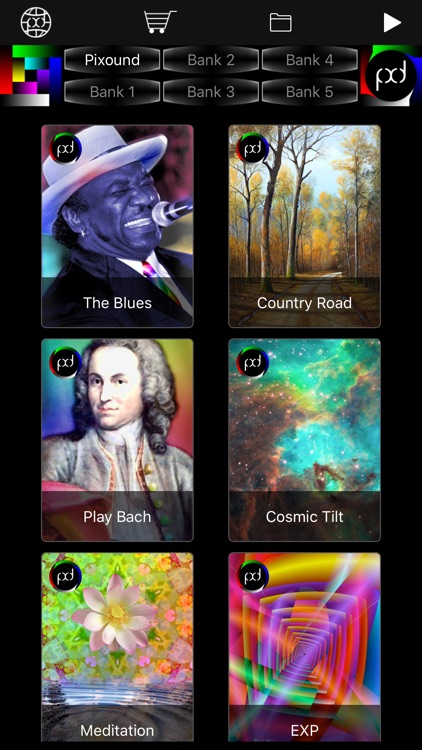 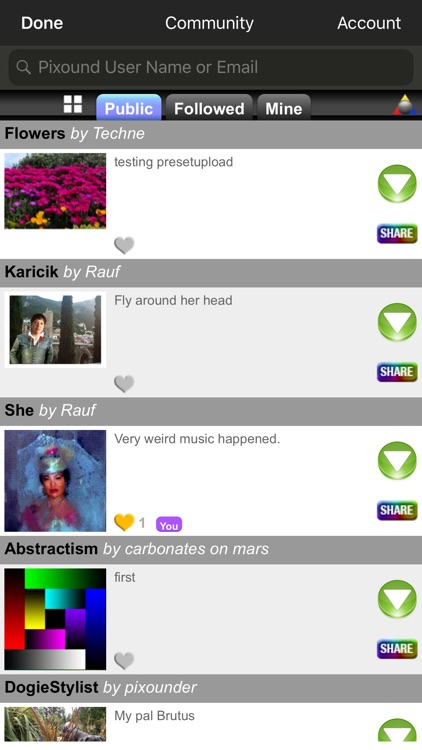 "Pixound Turns Photos into Musical Instruments, and It’s Better Than You Think" — Gizmodo

"Pixound is a trippy music app for iOS that allows users to turn any snap into a song." — MTV Hive

Have you ever jammed on Saturn's Rings with a whammy bar? Have you ever played the rainbow? What about you're dog's nose? What does it sound like? How about creating your own music just by dancing? With Pixound you can do all this and much more!

Pixound is a revolutionary form of musical entertainment! Pixound provides a deep musical experience that lets YOU instantly create music using any picture. It's pure fun to play (at any age) and deep because it can be used to play music like you've never heard before. It's so much fun that artist Peter Max bought an iPhone just to have Pixound! Since there is no limit to what pictures you can play from art and graphics to photos and they can be combined with thousands of different musical settings, there is no limit to the music you can create and enjoy. You owe it to yourself to try Pixound!!! By the way, you will learn a lot about music just playing with Pixound so it's also an educational tool, sometimes referred to as a Deep Toy.

Features:
• Play any picture from snaps to outer space to art masterpieces
• Play Live Video (in-app purchase) so that reality becomes a musical instrument
• Record audio or use effects processors via Audiobus 2.1 or Inter-app Audio
• Record performances including where you touched in the photo that plays back for others to see.
• Play in any key or scale (over 65 scales/modes)
• Add Bass and Drums from lots of choices
• Tons of musical controls to create a huge variety of great music
• Select from many different autoplay styles including device tilt
• Add harmony voices
• Add Song Progressions from basic to classical and more
• Select from over 127 instruments for four voices R, B, G and bass
• Import samples using AudioShare™
• Save your own settings to Banks and share with others via community or email
• Built-in Reverb
• Save MIDI files and go direct out to MIDI synthesizers (in-app purchase)
• Access and share your creations with the Pixound Community 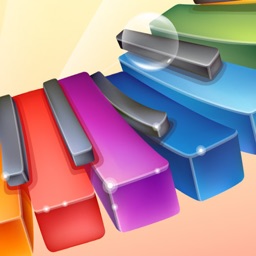 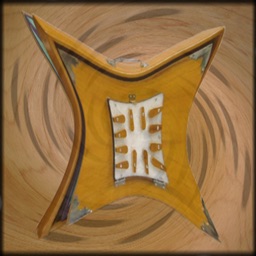 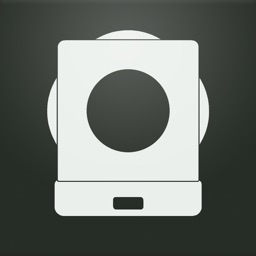 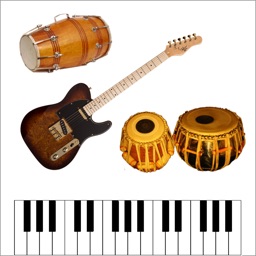 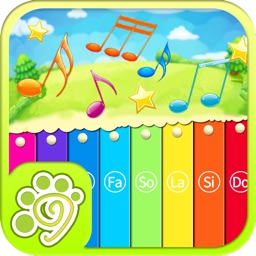 Wai Chin Ng
Nothing found :(
Try something else