This game combines Poker's ruleset with a fun and fair twist: It's 100% Skill-based. On every match, all players receive the same stack with cards in the same order and thus the intellect of the player is the only variable to determine who gets the win. 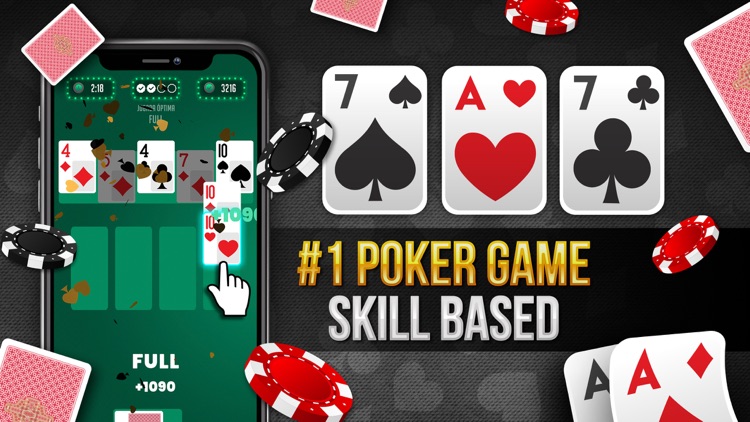 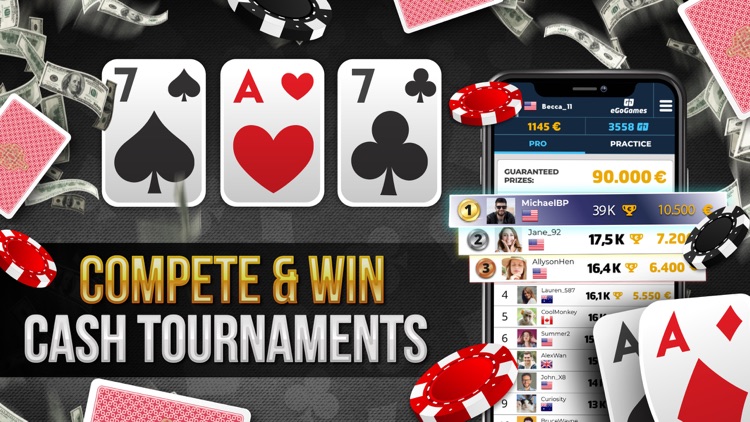 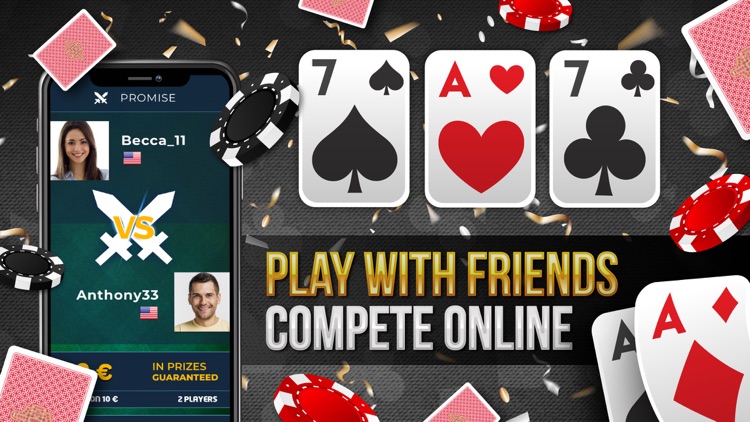 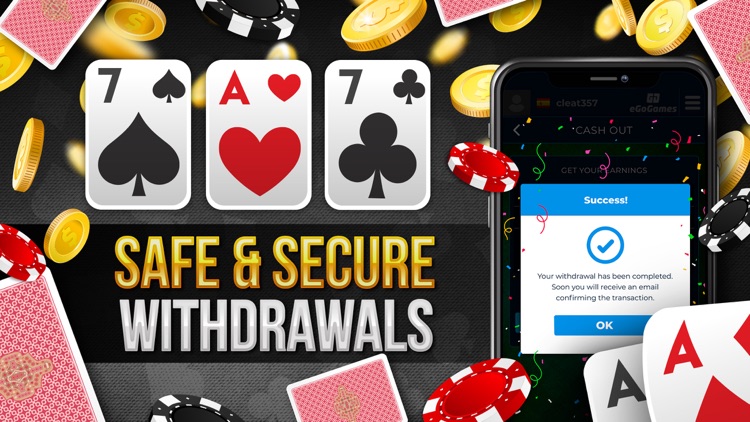 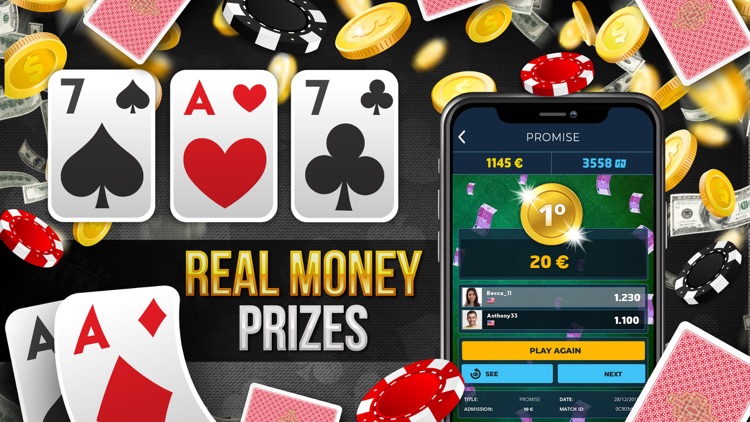 This game combines Poker's ruleset with a fun and fair twist: It's 100% Skill-based. On every match, all players receive the same stack with cards in the same order and thus the intellect of the player is the only variable to determine who gets the win.

While Poker is played in innumerable forms, a player who understands the values of the Poker hands and the principles of betting can play without difficulty in any type of Poker game. Except in a few versions of the game, a Poker hand consists of five cards. The various combinations of Poker hands rank from five of a kind (the highest) to no pair or nothing (the lowest):

Five of a Kind – This is the highest possible hand and can occur only in games where at least one card is wild, such as a joker, the two one-eyed jacks, or the four deuces. Examples of five of a kind would be four 10s and a wild card or two queens and three wild cards.

Straight Flush – This is the highest possible hand when only the standard pack is used, and there are no wild cards. A straight flush consists of five cards of the same suit in sequence, such as 10, 9, 8, 7, 6 of hearts. The highest-ranking straight flush is the A, K, Q, J, and 10 of one suit, and this combination has a special name: a royal flush or a royal straight flush. The odds on being dealt this hand are 1 in almost 650,000.

Four of a Kind – This is the next highest hand, and it ranks just below a straight flush. An example is four aces or four 3s. It does not matter what the fifth, unmatched card is.

Full House – This colorful hand is made up of three cards of one rank and two cards of another rank, such as three 8s and two 4s, or three aces and two 6s.

Straight – Five cards in sequence, but not all of the same suit is a straight.

Three of a Kind – This combination contains three cards of the same rank, and the other two cards each of a different rank, such as three jacks, a seven, and a four.

One Pair – This frequent combination contains just one pair with the other three cards being of different rank. An example is 10, 10, K, 4, 3.

No Pair – This very common hand contains "nothing." None of the five cards pair up, nor are all five cards of the same suit or consecutive in rank. When more than one player has no pair, the hands are rated by the highest card each hand contains, so that an ace-high hand beats a king-high hand, and so on.

• Enjoy our different tournament modalities where you can access to much bigger rewards apart from economic prizes.
- Head to Head.
- Bracket Tournaments.
- Live events.

• Add any user as a friend and challenge him directly. Challenge your friends and show who the champion is by winning the prize!

• Ourleague will give all eGoGames users the option to win huge prizes. In this way, everyone starts the week with the same opportunities to win the succulent prize pool, which does not stop increasing with each game played as the delivery of the prize pool approaches!

Challenge people around the world with eGoGames, a competition platform complete with leaderboards, trophies, Cash or free virtual currency prizes.
If you have any questions, feel free to reach us at support@egogames.com
Any questions regarding the eGoGames system or cash tournament please let us know.

Cash tournaments are available in about 70% of the world. Cash tournaments are not enabled in the following States AZ, AR, CT, DE, FL, IL, LA, MD, MT, SC, SD, and TN. If you don't live in a cash-enabled region, you can still play for fun with our virtual currency. 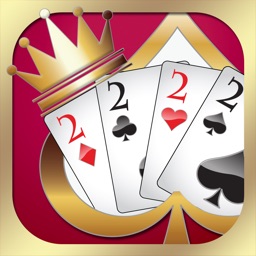 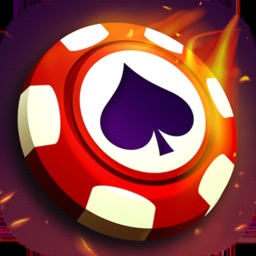 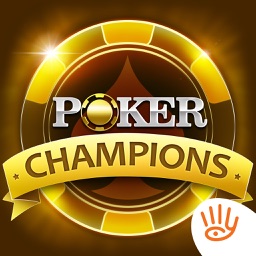 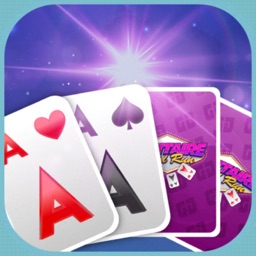 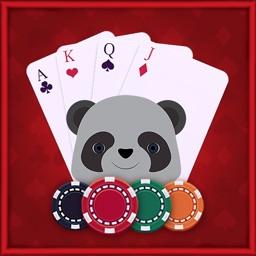 ONEROS TECH (OPC) PRIVATE LIMITED
Nothing found :(
Try something else