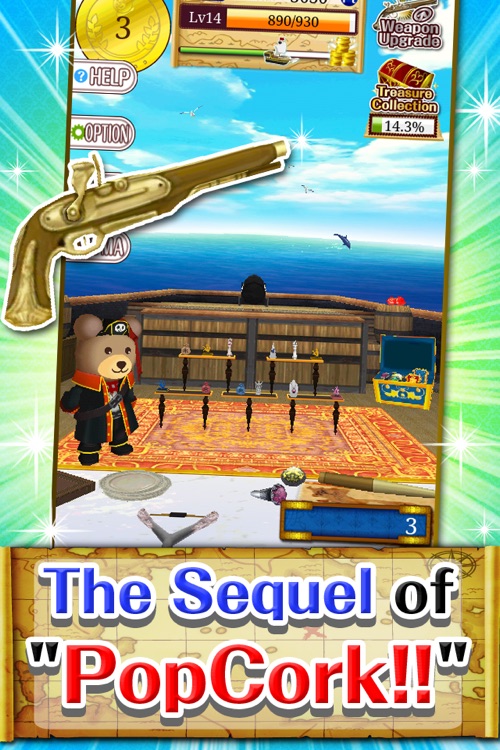 PopCork Pirates! [PopCork2] is FREE but there are more add-ons 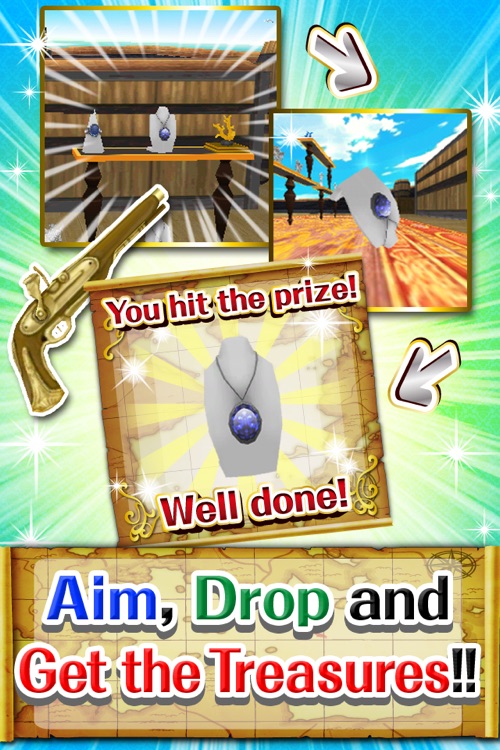 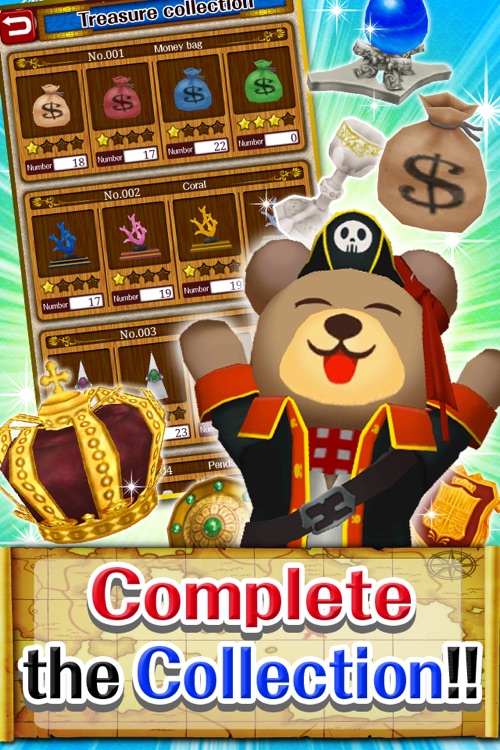 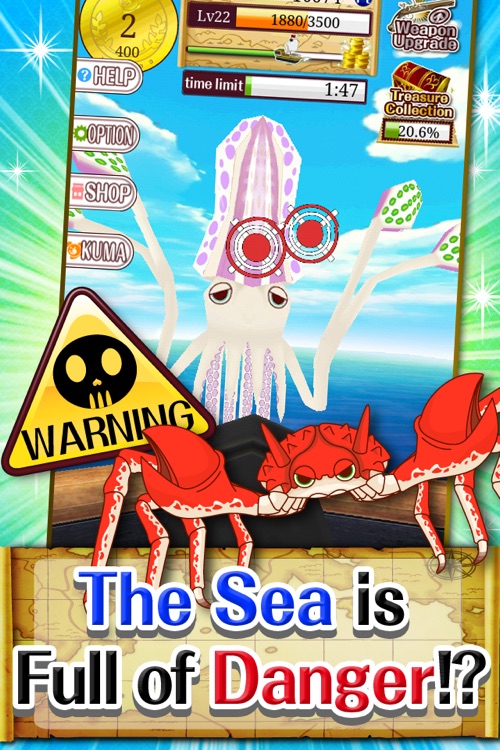 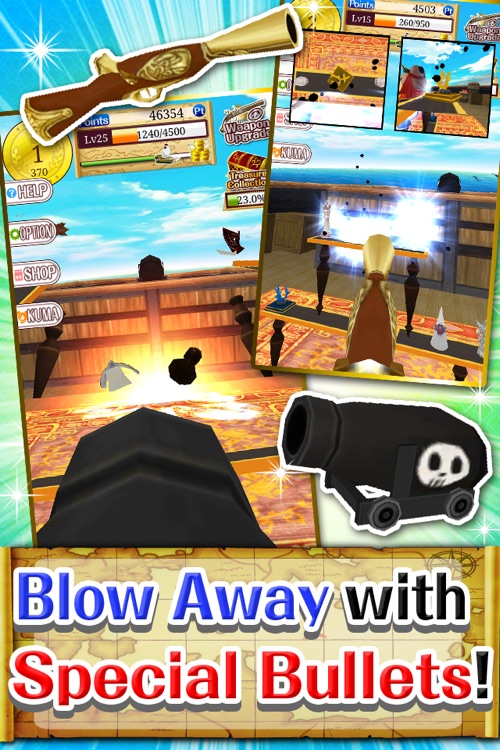 A sequel to the popular game PopCork that has achieved a million downloads★
Collect the 160 types of pirates' treasure by shooting it! No complicated registration of difficult control required! You can enjoy it for free.

Pirate Pop! is a simple game to play. Get five bullets for a coin from Captain Kuma, aim the treasure and shoot!
Like the PopCork!, it uses the acceleration sensor, so you can play as if your terminal is an actual gun.
Tilt your unit in every direction to set your sights, then tap to shoot the bullet! Swipe the gun up/down to get closer to the treasure.
You need to practice to drop the treasures because of the factors of ballistic course and distance or camera shake, but once you get used to it, soon you will be a good gunner!

Even if you think that you are not good at shooting, you will get into it as you play it further★

There are 160 types of treasures in all. The higher your level, the more types of treasures you see. Shoot the treasures to get and collect them!
There are some treasures that cannot move a bit by an ordinary gun...! Then you should use your points that you have saved by getting treasures to upgrade the guns and bullets.
You can also get special bullets with unique effects, such as the blunderbuss, machine gun, and cannon. It is also important to make good use of them in getting treasures.
Especially when you blow all the treasures with a cannon, you will feel good...!
The treasures you got can be enlarged and seen from various directions.

Pirate Pop! is full of events that give you many coins, that include Bonus Time where rare treasures appear, quests to defeat huge sea creatures or a rival pirate ship. You can play it every day without getting bored!

Collect all the treasures to be the Pirate Pop King!!

***Recommended point of PopCork Pirates!
◆With the acceleration sensor, you can enjoy the game as if it were a real shooter!
◆There is a feature to flip the tilt axis to aim vertically/horizontally so that you can aim the treasure in a way you like!
◆"Lying Mode" allows you to play lying on your back!
◆It is full of events such as Bonus Time where rare items come out, quests to defeat enemy within the time limit, and missions to rescue Captain Kuma, so you will never get bored!
◆It feels good to sweep the treasures with a special bullet! Especially when shooting with a cannon...!
◆The gun shooting sounds and other in-game SEs make the game more exciting!

***Tips for Pirate Pop!
◆Upgrade the corks and guns as soon as possible!
There are 9 grades for both corks and guns. Once you get the enough points to upgrade, do so without delay.
By upgrading them, you can drop heavy treasures and rare treasures only appear in Bonus Time more easily!

◆As for a treasure which is hard to drop, change the place to hit!
A heavy treasure is easier to drop when you aim at the bottom and shoot it up!

◆Make good use of blunderbuss!
Is there a treasure you really want but hard to drop?
Then a blunderbuss is your chance to get it!
Swipe the screen to get closer to the treasure and shoot blunderbuss at your desired treasure!
It is so powerful that it is easy to get the treasure.

*** SPECIAL BULLETS
They allow you to shoot a bullet with special effect!

◆Blunderbuss: Shoots many small bullets at once. A chance to retrieve the treasure★
◆Machine gun: Rapid fire and can drop a heavy treasure easily!
◆Cannon: Blows everything away with its blast wave. It's super rare! 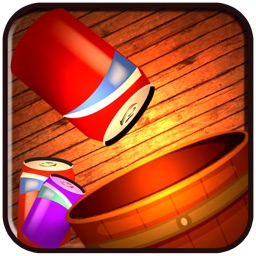 Shoot the beer can to the barman for another run 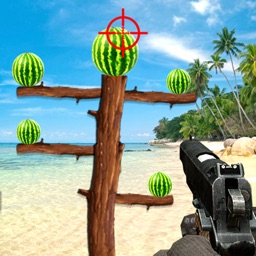 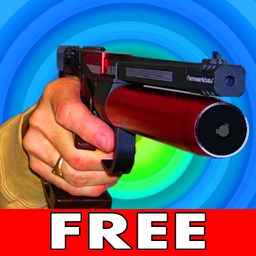 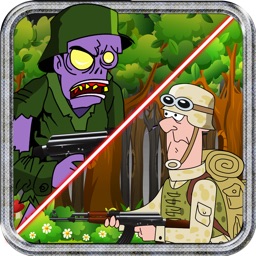 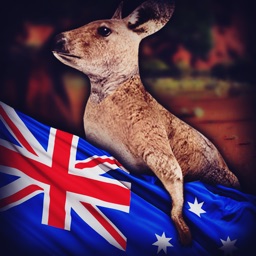