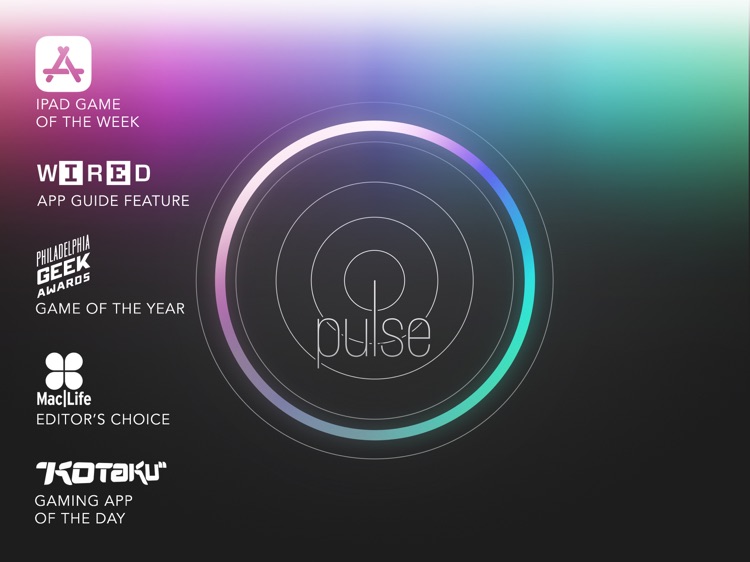 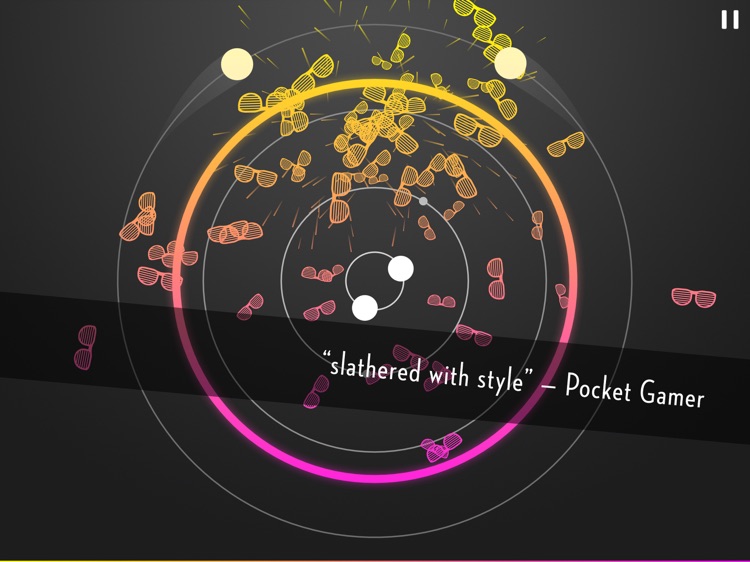 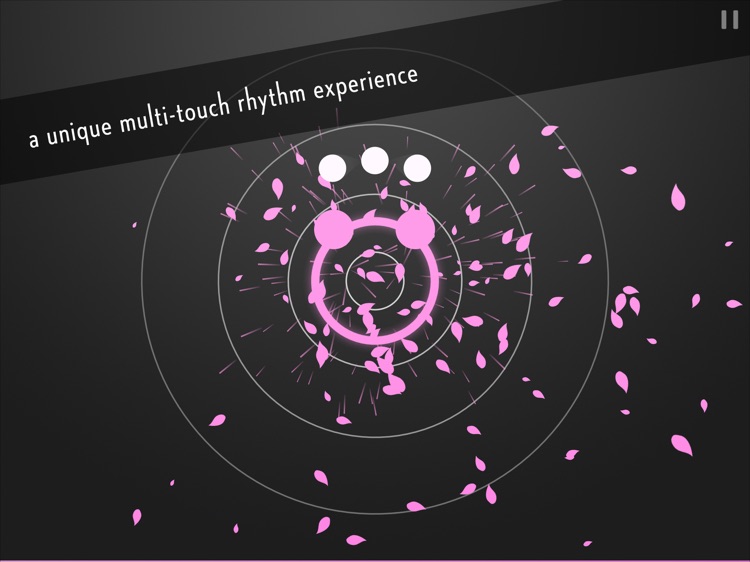 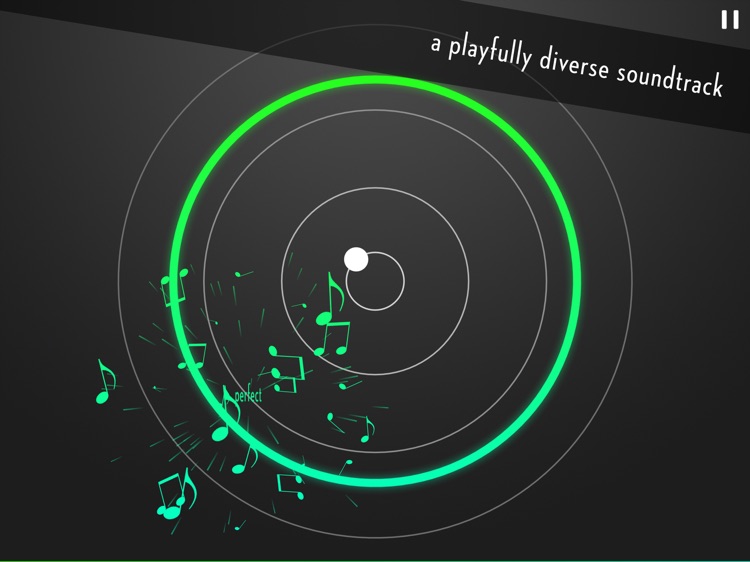 - Nearly an hour of original music plus frequent free updates with brand new levels and music!
- Gameplay featuring an intuitive and original use of multi-touch!
- Sleek, engaging design created specifically for the iPad!
- Easy to play, hard to master!
- Whimsical particles in awe-inspiring palettes!
- Eclectic soundtrack of varying genres!

“A package so thoroughly well put together that you’re reminded of why music games were popular in the first place.”
- Pocket Gamer

“Pulse is pretty much unlike anything else that’s on the market.”
- Gamezebo

“The game’s diverse soundtrack highlights a variety of styles that, when combined with gameplay, offers an uncommonly rich player experience.”
- Spawnpoint

“If you’ve got an iPad, then there should be no question about Pulse: it’s pretty to look at, it’s enjoyably difficult, and it’s easy to show off… for fans of rhythm games and Cipher Prime’s previous work, Pulse is a must own.”
- DIYGamer

“Destined to stimulate the senses of sight, sound, and touch.”
- Game Set Watch

“Pulse: Volume One showcases what makes the iPad an incredible device. The music, graphics, and multi-touch, immersive, gaming experience is second to none. If you desire an app that will not only provide you with hours of joy, but will make you the envy of all you show it to, Pulse: Volume One is more than worth your [money].”
- TheIpadFan

“I haven’t seen anything out there like Pulse, and highly anticipate any future work that Cipher Prime has in store for us.”
- The Indie Game Magazine

Cipher Prime is a multi-award winning creative agency from Philadelphia specializing in game development. Their debut game, Auditorium, received many awards. Fractal, their second release, captured the attention of gamers everywhere. Today, they are still a small independent studio.

Similar Apps to Pulse : Volume One 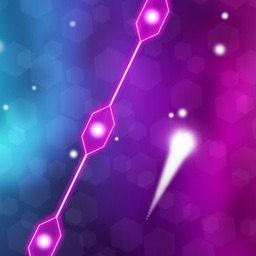 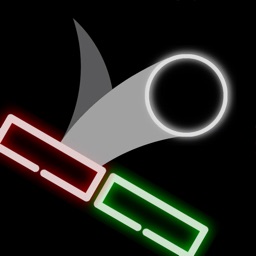 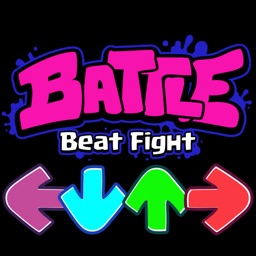 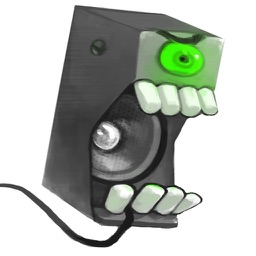 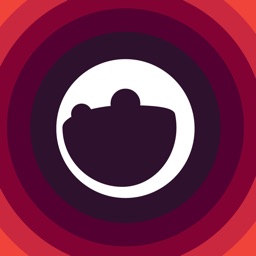 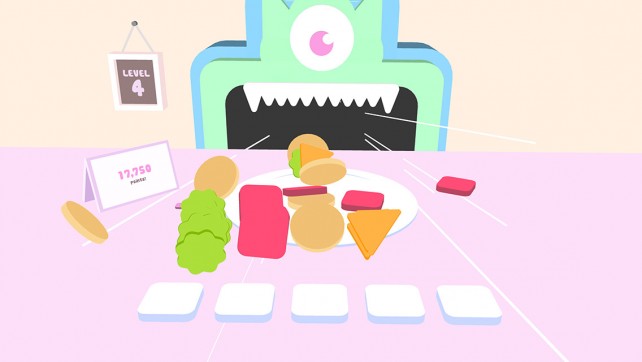 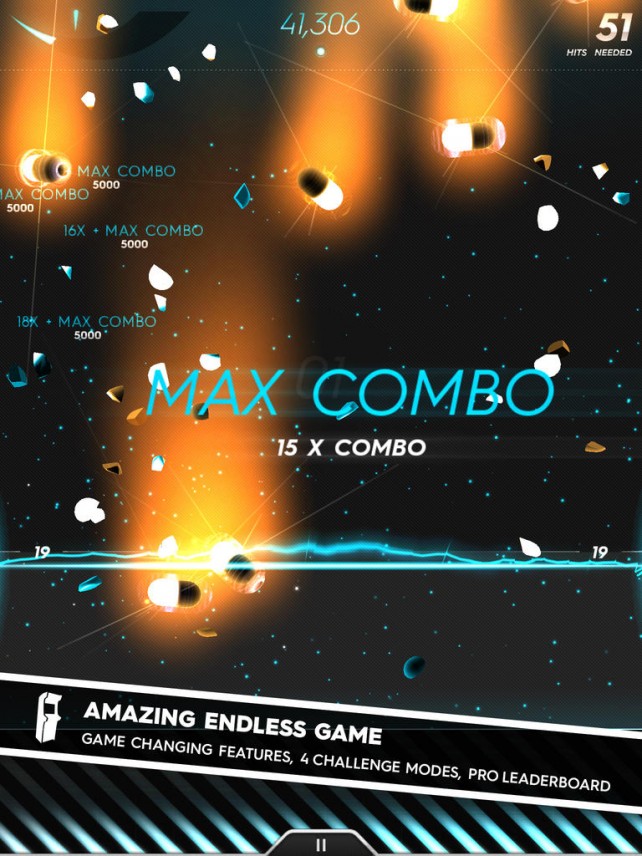 Be Aggressive And Pop Pills In Intake, The Latest iPad Arcade Game From Cipher Prime Studios

Cipher Prime Studios is back at it again with this awesome new arcade game that combines pills and dubstep.

May 1 Christine Chan
Nothing found :(
Try something else